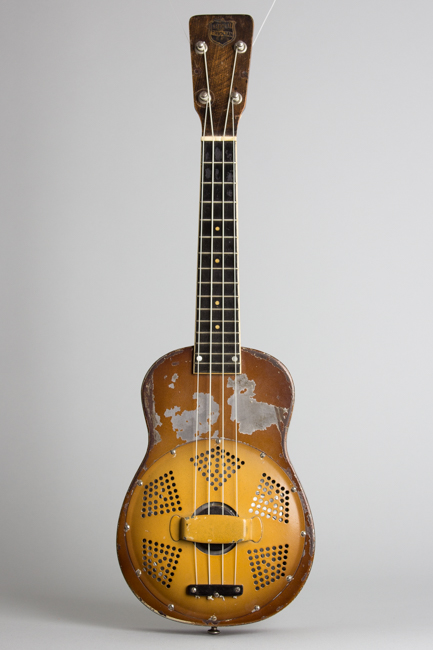 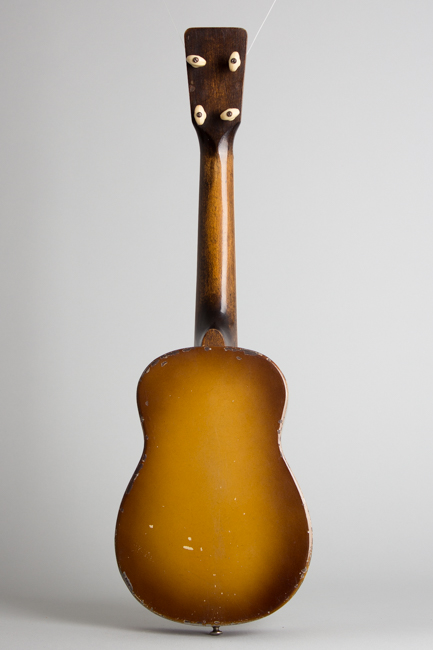 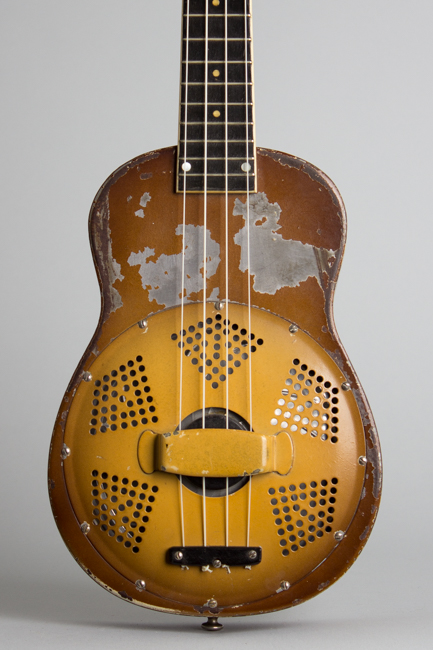 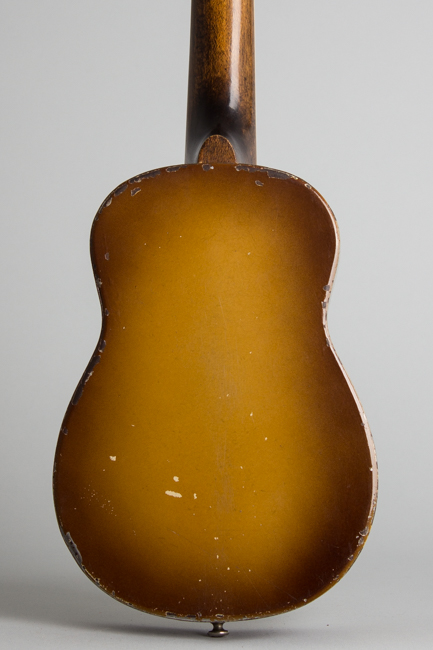 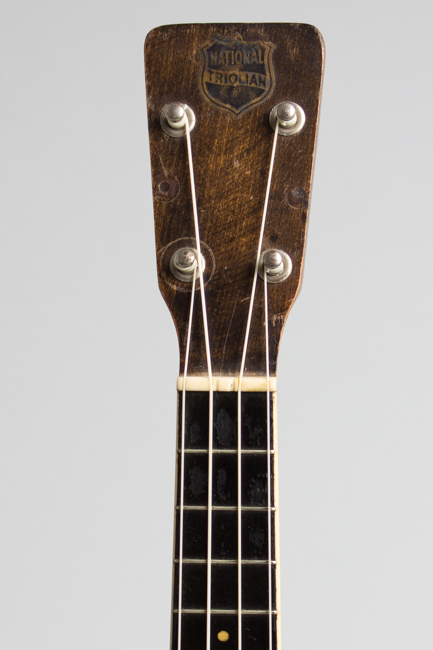 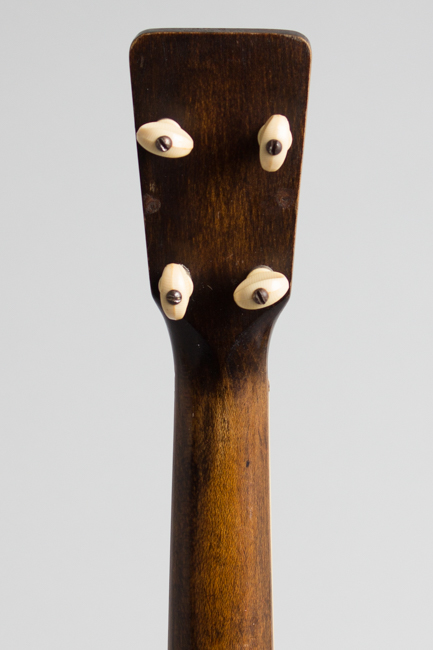 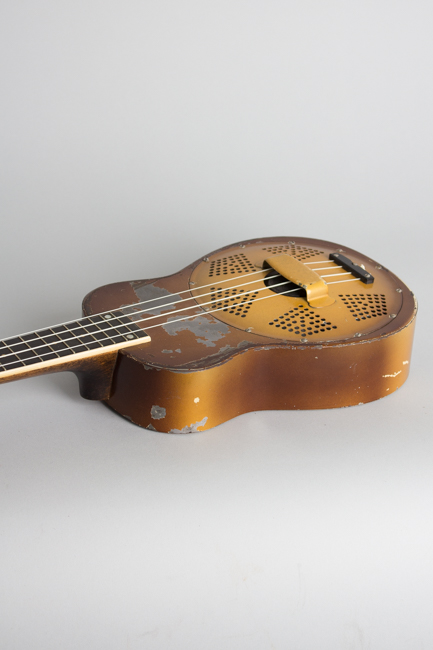 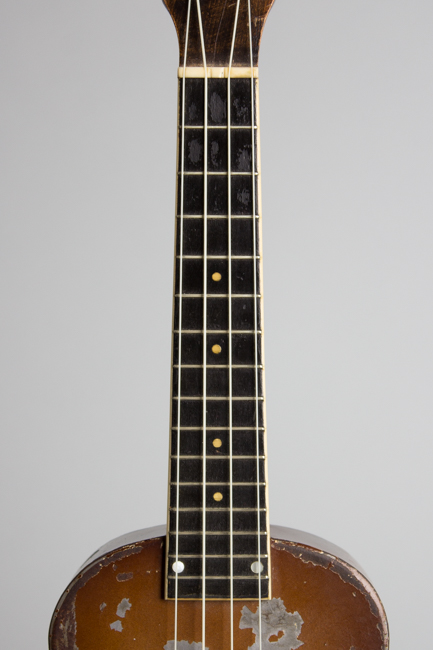 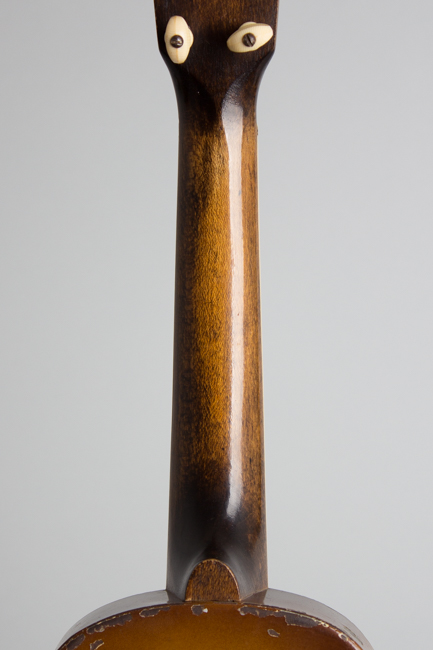 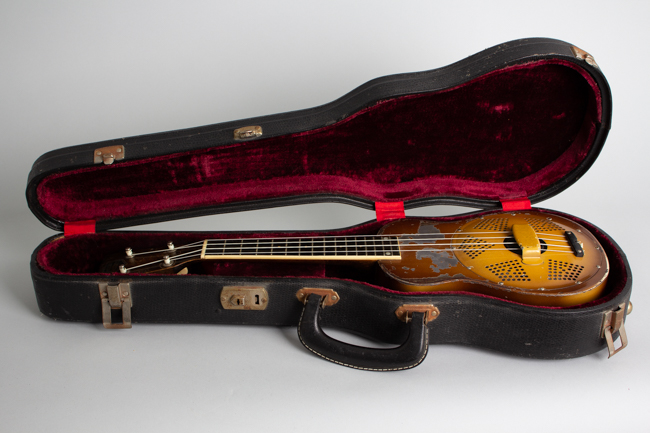 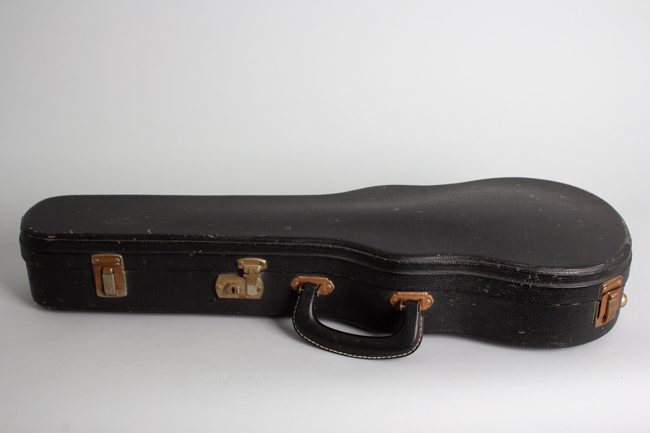 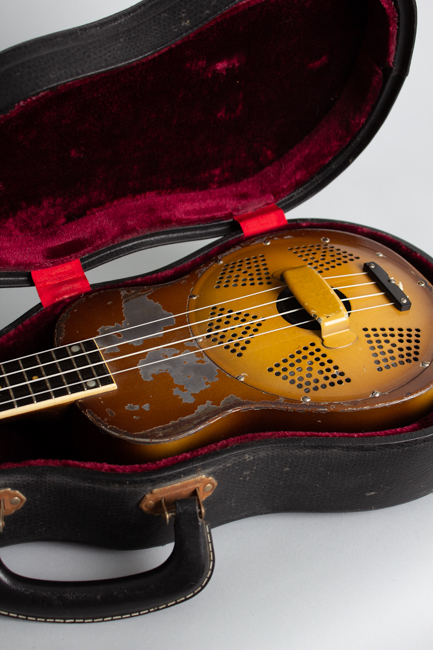 This is a well-worn but great playing and sounding original Triolian ukulele from National in California, made just as the depression was really kicking in. This steel-bodied rarity cost a whopping $25 in 1930, which was a considerable sum at the time and more than even most fancy wooden ukes. The "Walnut" (two-tone brown) finished steel single-cone body is the second smaller pattern, marking this 1931 instrument as one of the first built this way after National reduced their uke body size in 1931.

The square-cut peghead on the maple neck has a National logo with a "Triolian" banner in a shield on the face and is fitted with celluloid button friction tuners. The bound dark-stained "ebonized" fingerboard has small dot inlay and a bone nut. There are not many things in this world with a higher "cool quotient" than an original National ukulele; this one is fairly well worn but still plays and sounds great.

This metal-body uke has seen considerable use, but remains an excellent player. There is substantial finish wear primarily to the "strummed" area of the face, but nothing is chipping or flaking away further. The neck finish has some rubbed-away spots, but no major dings or dents, the back of the body is relatively clean.

An oddity is evidence of small plugged extra holes in the headstock and two slots in nut indicating someone added two more strings at some point. They are long gone, but left these minor traces. The ebony tailpiece has a chip off the back edge but is still fully functional. Otherwise the instrument remains original including the original cone and biscuit fitted with newer correct pattern saddle. This 90-year old National is set up to play excellently and sounds great with Aquila NylGut strings. It resides in a very nice 1950s era hardshell tenor uke case. Very Good + Condition.
×