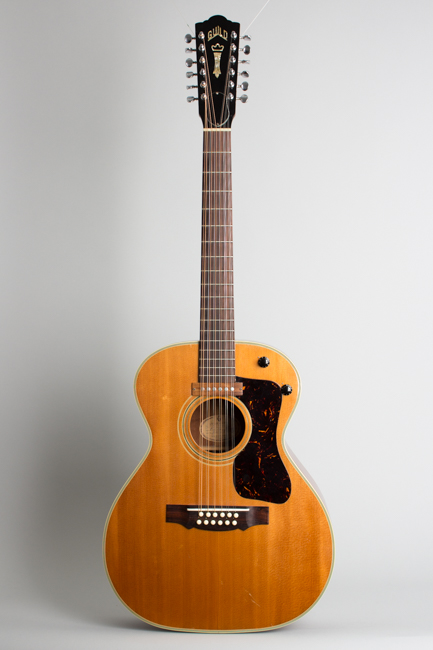 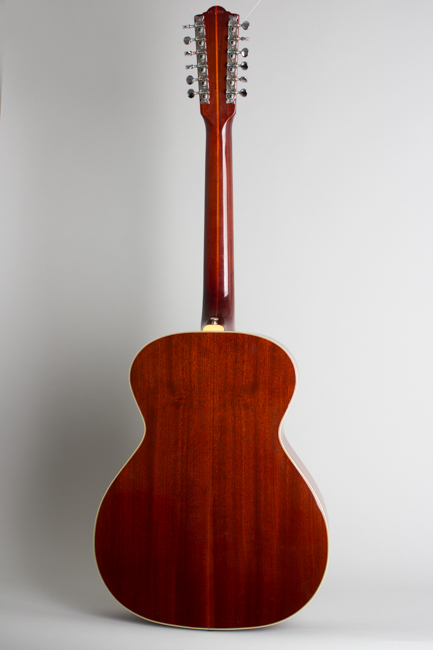 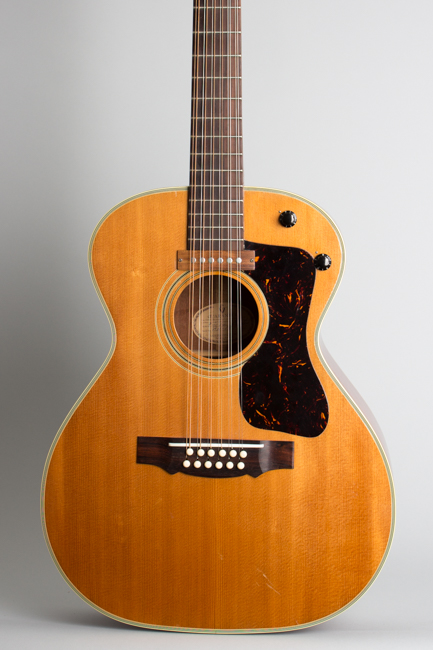 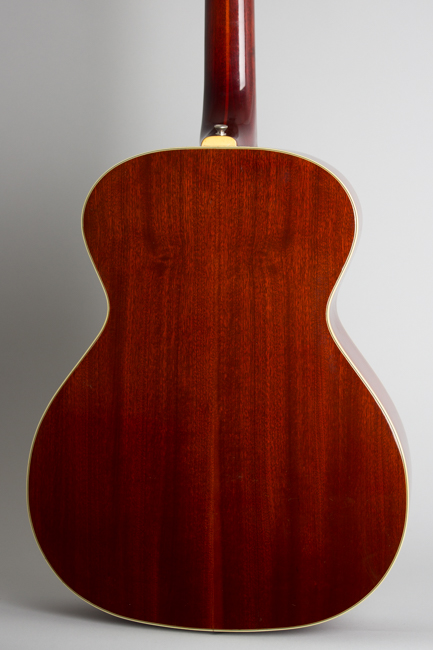 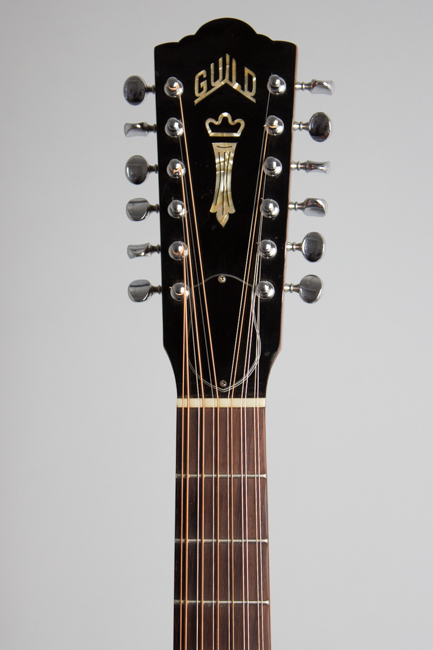 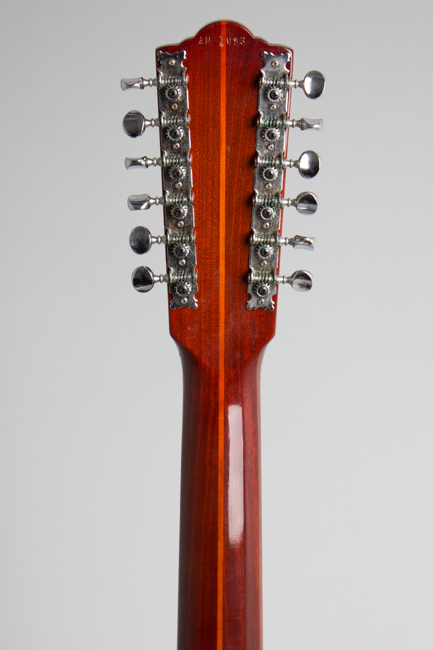 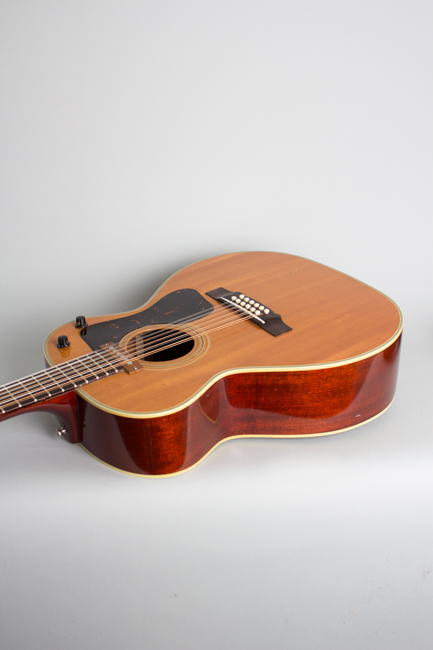 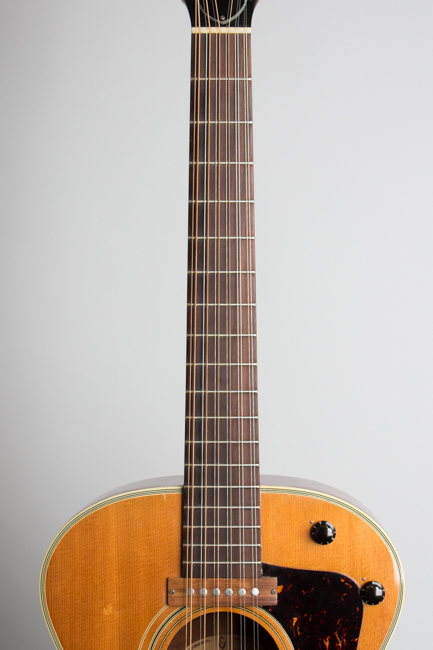 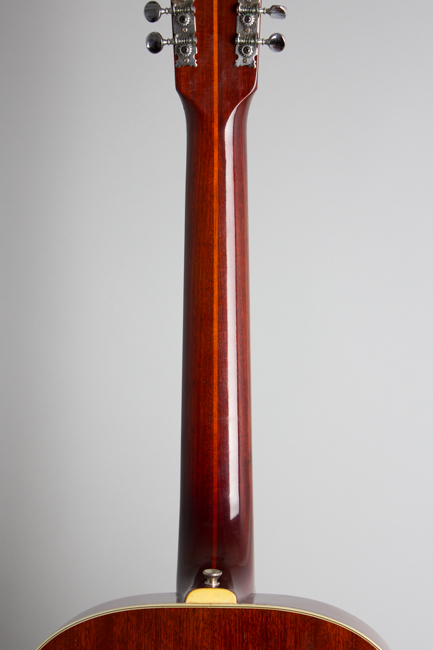 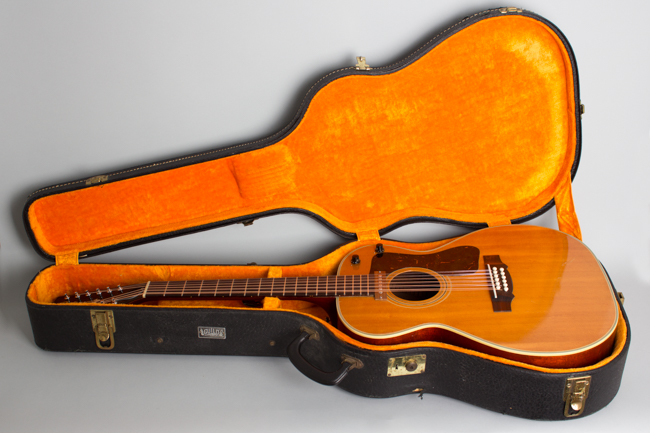 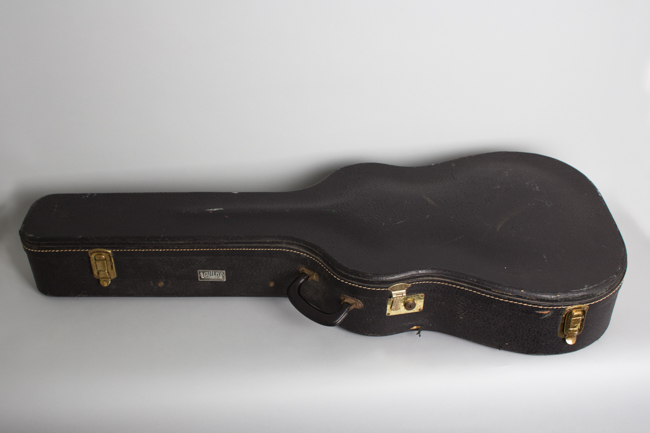 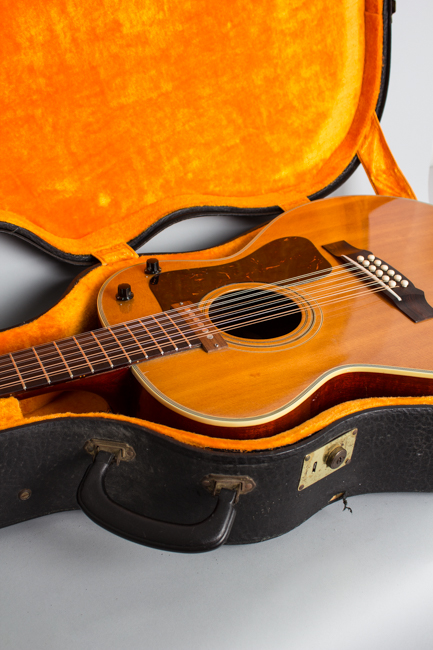 The Hoboken-built Guild F-212 is generally considered to be one of the best of all postwar 12-strings made, and certainly a standout of its era. This is the extremely rare electrified model, with a small magnetic pickup mounted at the base of the fingerboard and tone and volume controls on the upper treble bout. This was a catalog option for several Guild flat tops in the later 1960s but in practice was rarely ordered; electrified models like this are exponentially rarer than their purely acoustic brethren. The label on this one reads "F-212 Electric" but the model is usually referred to as the F-212E.

The F-212 is built on a not-quite 16" wide mahogany body with an X-braced spruce top which produces a big, warm yet bright sound with plenty of ring. The big, wide mahogany neck with a center maple strip lamination and unbound rosewood fingerboard is quite comfortable and is built with an unusual double truss rod system that works quite well.

This is a fairly later example of the model, which was introduced in 1964. The very first F-212's have a flat radius fingerboard (like an old Stella!) but this second generation example from 1968 has a slightly radiused board most players find more comfortable. Another quirk of early Guild 12-strings is the fingerboard has no position markers; it does have small side dots. The top is multi-bound in white/black celluloid, with a large shaped rosewood bridge and a tortoise celluloid pickguard in the typically distinctive Guild shape.

The F-212 was a world standard acoustic 12-string when new in the 1960s, and still remains so today. It was one of Guild's signature instruments of the decade, associated with many artists of the era and has remained a classic ever since. This rare electric variation is in a better state of preservation than most and plays excellently with a powerful but still transparent sound acoustically and a surprisingly good chime plugged in, even with bronze strings.

Overall this is a very clean guitar, showing only some fairly minor wear. The neck has been reset (an exhaustive process on these!) and there is some minor scarring and touch up visible around the heel. The finish has some scrapes and dings and an area of bubbled finish from strap burn on the lower side between endpin and jack but really this is a generally well preserved guitar. There are no cracks anywhere and no finish overspray or touchup except just around the heel. The saddle is replaced and there is an strap button added at the heel but everything else is original. Guild 12-strings do not come a whole lot better than this one, especially in this very rare electrified mode. An excellent player, in a very nice OHSC. Overall Excellent - Condition.
×