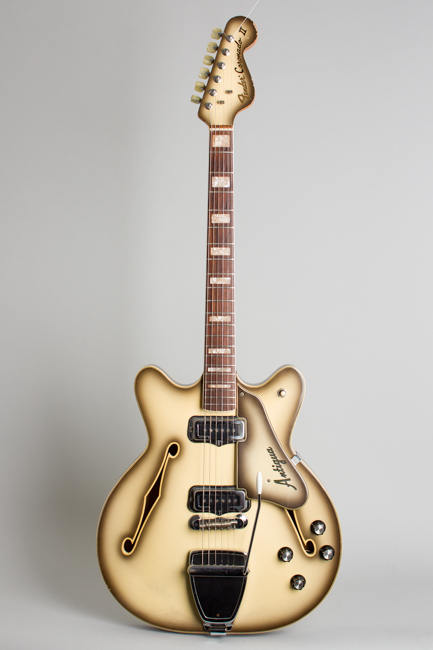 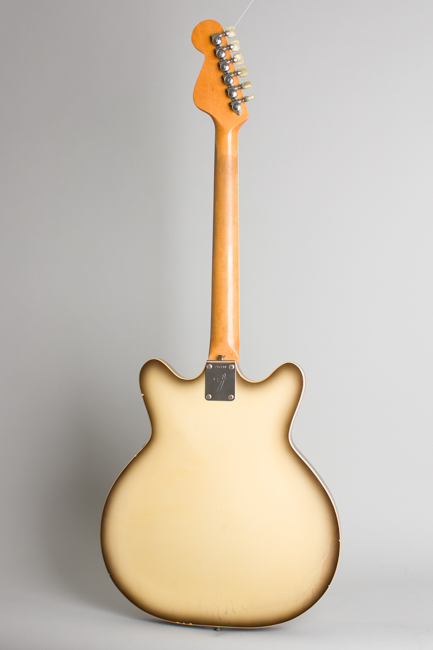 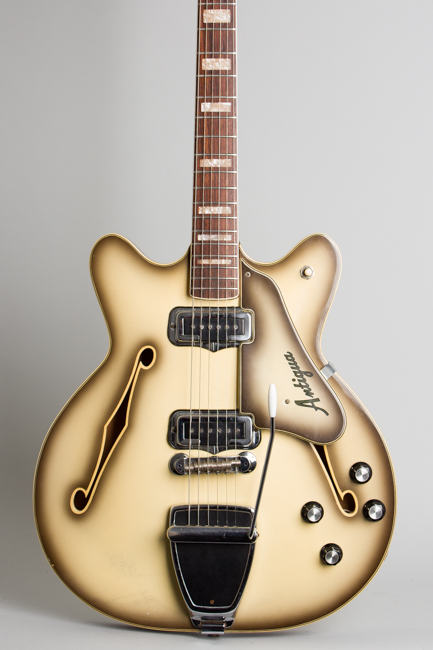 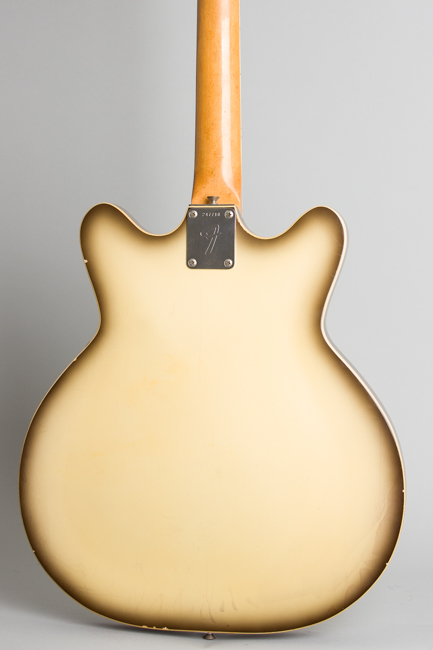 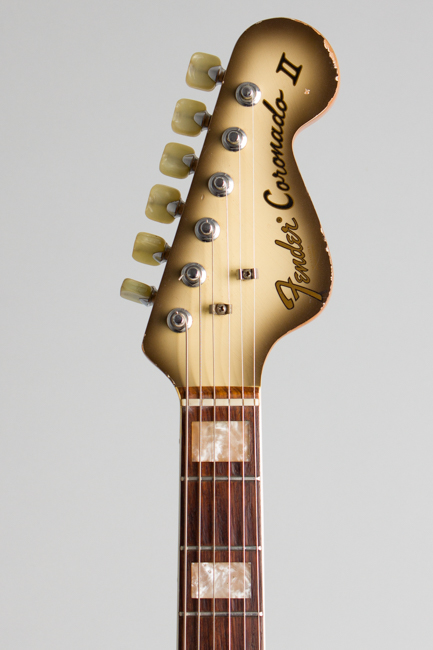 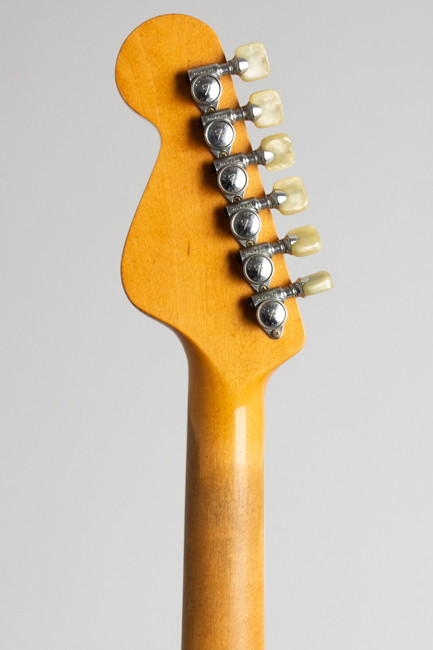 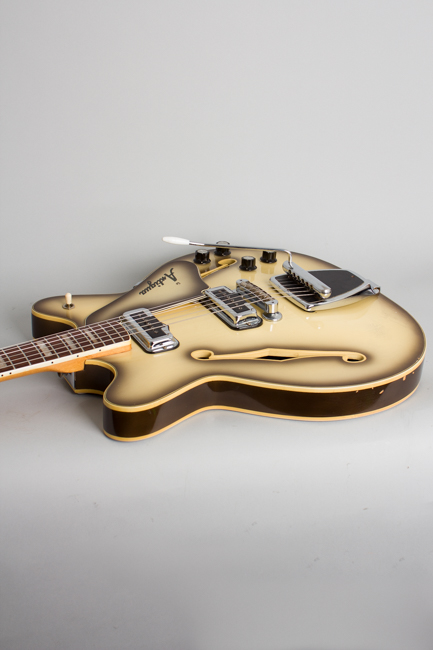 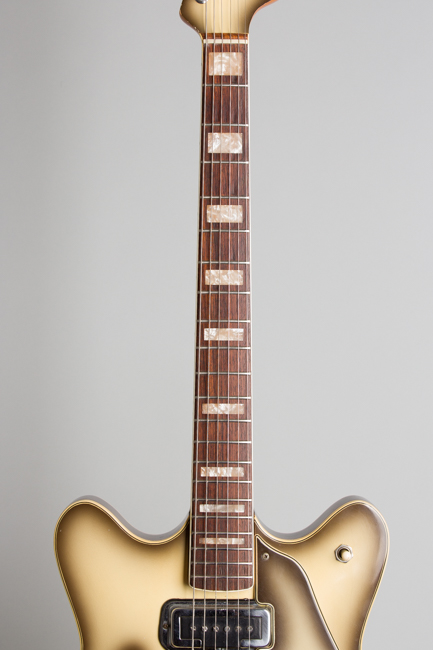 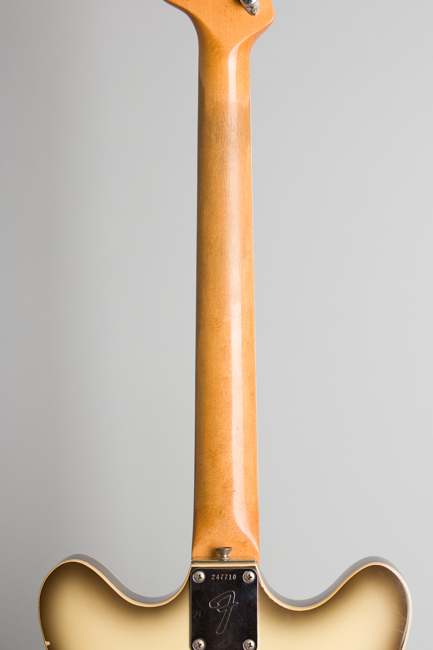 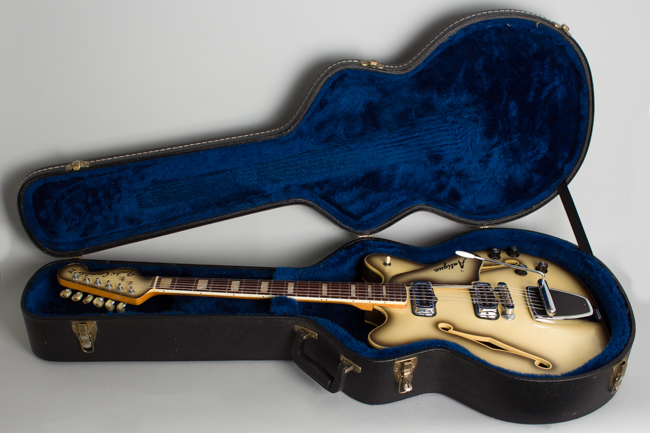 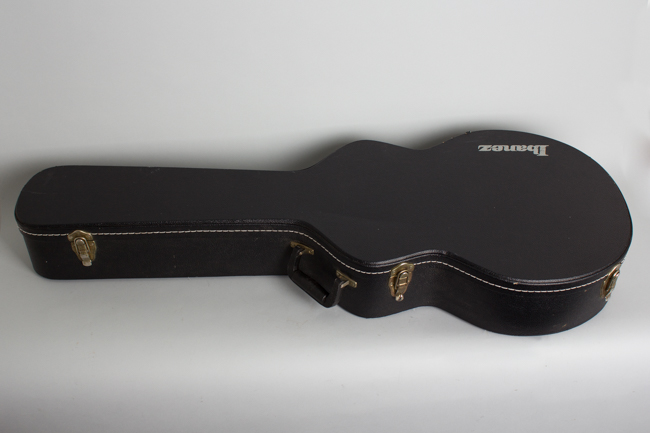 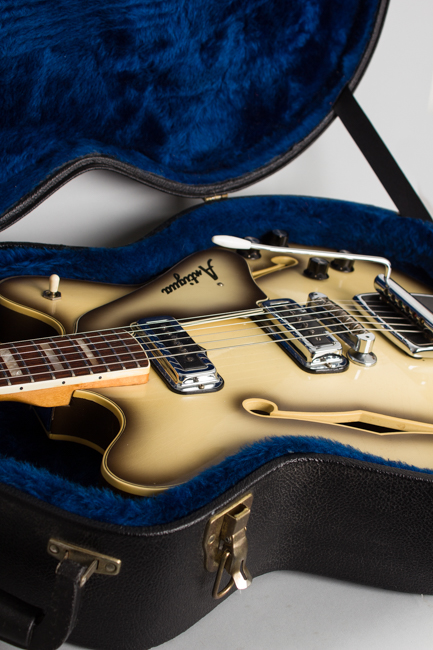 Fender's 1960s Coronado models have always been somewhat odd ducks, born of the new CBS management team's desire to challenge Gibson, Gretsch, and Guild in the booming 1960s hollowbody electric market. Fender's ambitious corporate owners felt the company should offer instruments to cover the entire musical spectrum, not just their traditional solid body strengths. The Coronado guitar and bass line was worked up quickly, launched in January 1966 just a year after CBS bought the company. Former Rickenbacker designer Roger Rossmeisel and was involved in the design. having moved over to Fender in 1962. While ultimately not a hit at the time with either Fender loyalists or players of other brands, the Coronados remain interesting and often very attractive guitars that have found some dedicated fans in the decades since.

This fairly rare Coronado II bears a custom finish designed especially for the model, the unique two-tone palette Fender christened "Antigua". "Fender's latest color dimension" the 1968 catalog offered introducing the option "puts elegance in the spotlight. This inimitable new finish is a rich antique white with a halo mist shading which produces a subtle feeling of depth and dimension". It concluded "every detail...carefully prepared for a perfect blend. Be a scene stealer!"

The Antigua II is certainly a striking looking guitar, which tends to divide opinions between those who marvel at its unmistakable dramatic flair and those who think it more resembles cream soup left too long in the warming pan. Whatever the reaction, all can agree that it is unlike anything else Fender attempted. Just to make it more special, the headstock and pickguard match as well, with an "Antigua" logo detailed on the guard. The look was initially also offered on a matching Coronado 12-string and bass as well, along with the Kingman flat top.

Aside from the paint this Coronado mates a bound, block-inlaid Fender neck to a double cutaway, thin-rimmed fully hollow body with multi-bound edges and single bound f-holes. The twin pickups are not Fender-made but were sourced from Rowe industries, makers of DeArmond. They have adjustable poles and black plastic inserts in the thin metal covers. The large floating tailpiece mounts the Fender tremolo also used on the Mustang. The bridge uses Mustang saddles in a cast tray mounted over round metal feet, one of several ideas Fender tried. The tuners are Grover Rotomatics with pearloid buttons, another high-end touch.

The neck is stamped 19 Feb 68B; "Antigua" is handwritten in pencil on the bottom of the heel. This would be an early example of this special model, likely one of the first ones made. While generally maligned in the 1960s, the Coronados -- especially this twin pickup, six-string II model -- have in later years gone on to be a better regarded instrument mating the well-loved Fender neck to a light and handy hollow body. The Antigua finish was revived in the late '70s for the full line of Fender solidbody instruments; once again opinions were sharply divided and the line was short lived. This 1968 Coronado II special remains a good playing and sounding instrument, whatever one thinks of its aesthetic merits!

This Antigua Coronado is a nice very example, not minty but nearly all original and showing only some fairly light general wear. It appears played but not too heavily, with finish worn down on the back of the neck and some chips and dings mostly to the body and headstock edges. There are some areas of minor discoloration to the binding and finish around the base of the body, possibly from reaction to an old case lining. The bulk of the finish is quite well preserved, with some fine checking none of the pulling or flaking Antigua is sometimes prone to.

All hardware is original except for a repro trem arm, and the chrome is mostly still quite shiny. The original frets have been taken down just a bit and have virtually no subsequent wear; there is just a bit of wear to the fingerboard. The guitar plays and sounds as it should, an odd piece of Fender history perhaps but a very playable one and a better instrument than the critics of 1968 would ever admit!