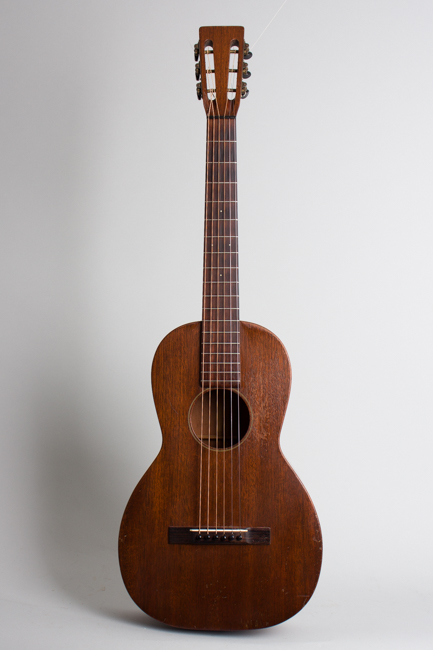 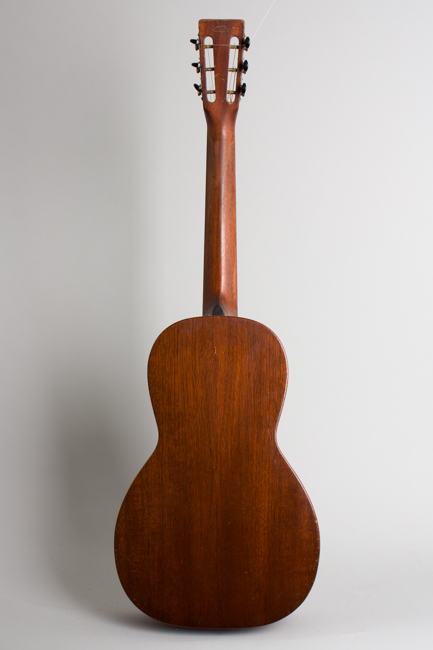 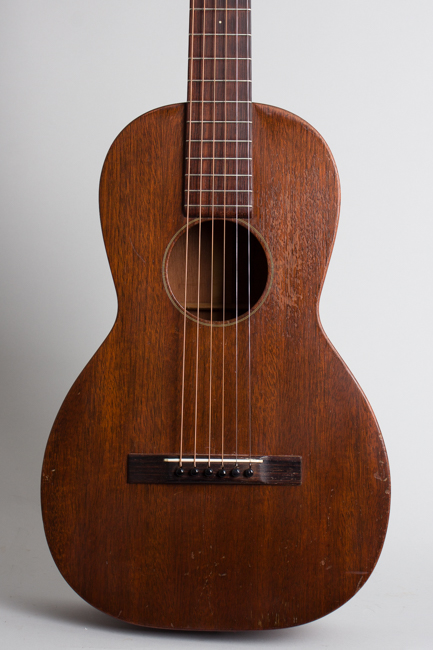 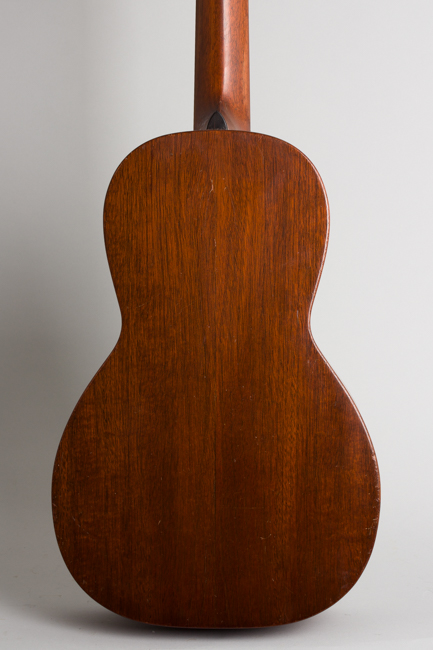 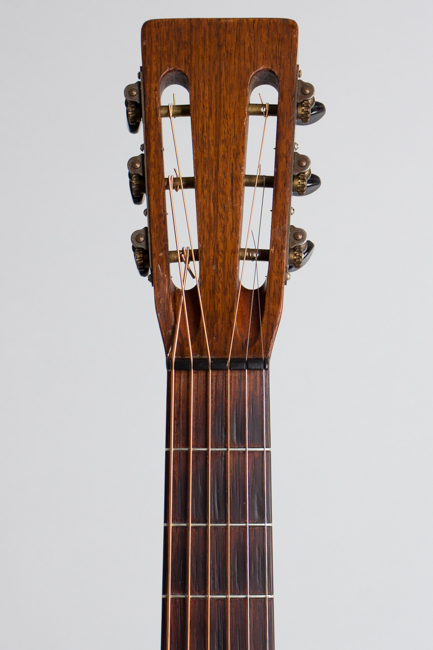 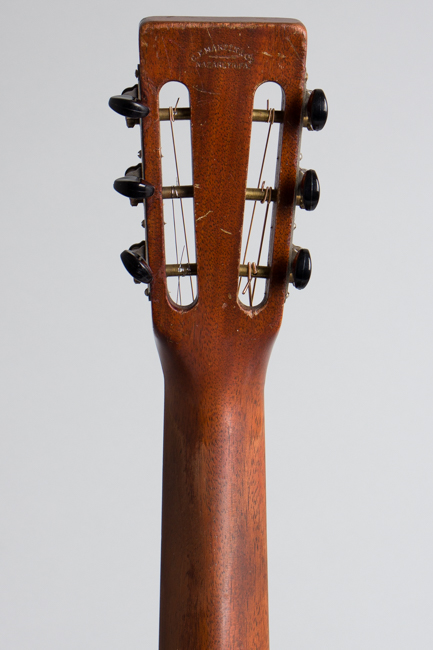 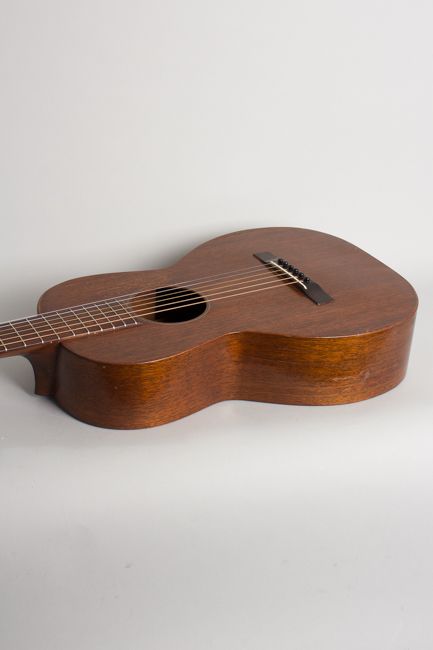 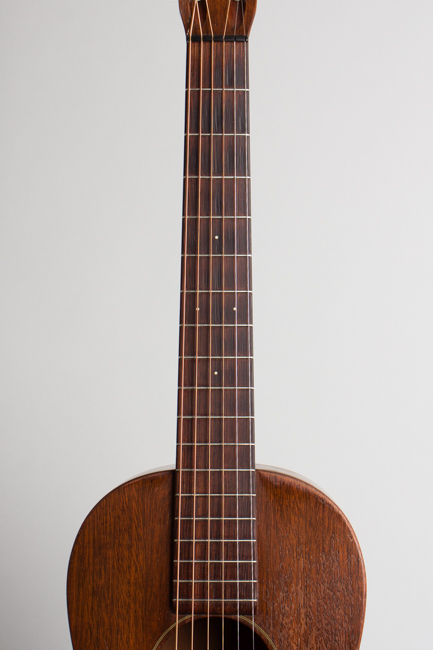 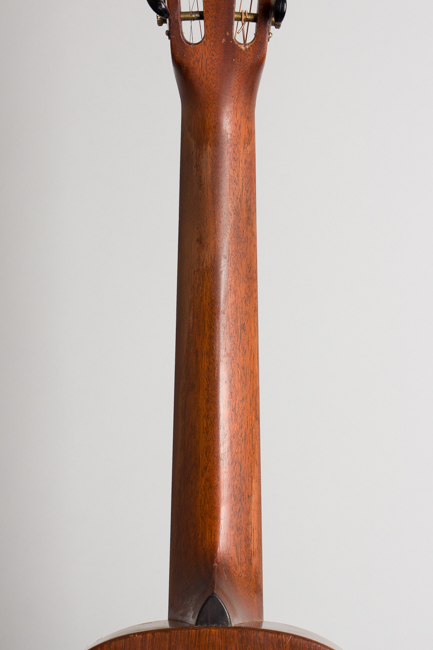 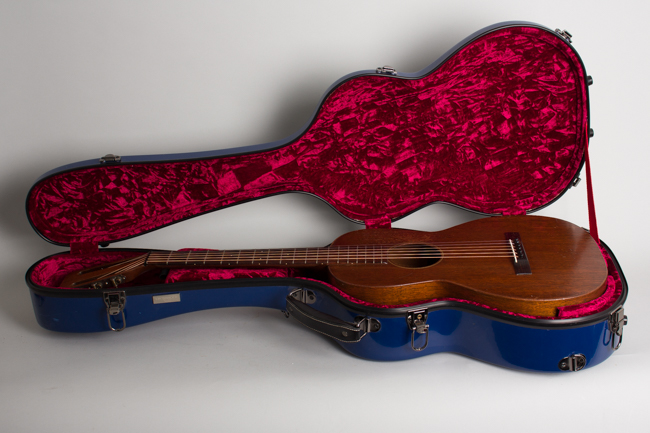 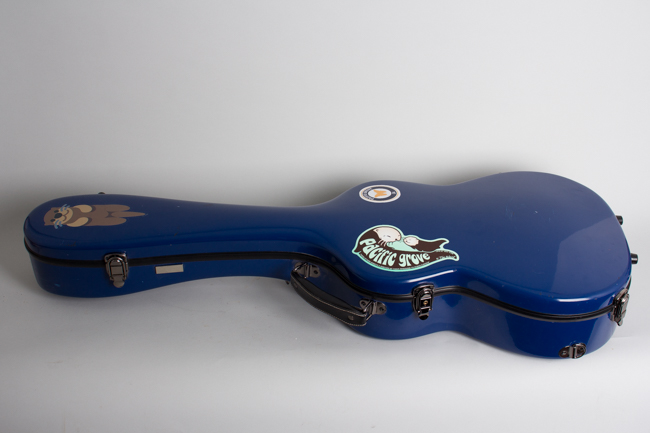 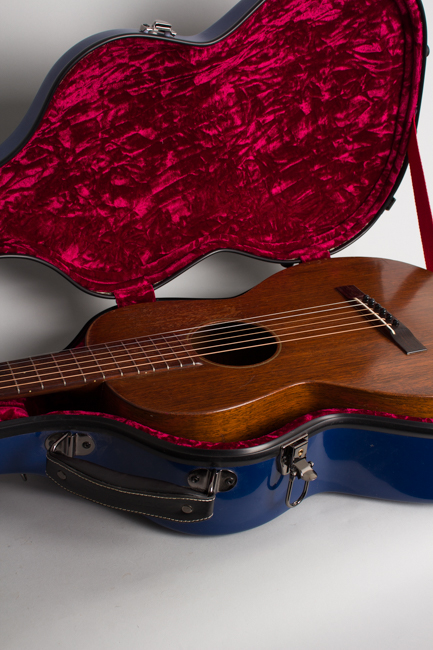 The 2-17 is a small and rather unassuming guitar, but as Martin's first dedicated steel-string it helped change the course of the company's history. Until the early 1920s, the C. F. Martin Company considered gut-strung guitars the norm, with steel stringing a cheap and somewhat low-class anomaly. The popularity of Jazz and Hawaiian styles made this a very redundant strategy, and in 1922 the all-mahogany 2-17 was introduced with steel strings as the standard appointment. It was a low budget guitar, in keeping with the concept that only cheap players used steel strings!

The 2-17 was very basic, with all mahogany construction and minimal appointments. At the end of 1929 -- by which time nearly all Martins came stock strung with steel -- it was made more basic still by eliminating even the discreet rosewood bindings on the edges. This allowed the guitar to be sold for $25, which was a paltry sum for a Martin, but actually still a fairly expensive guitar at the time. You could get a pearl-trimmed rosewood instrument from Sears for not too much more! The minimal appointments included a plain straight bridge and small-dot inlaid fingerboard of rosewood, all else being mahogany.

The 2-17 was the right guitar at the right time, a Martin mainstay through the worst early years of the Depression. This one was made in 1930, as the US economy was collapsing and many instrument makers were scrambling to survive. It is one of the first of the "New Model" unbound 2-17s, of which only 50 were shipped this year. It shows some wear but remains a fine playing and sounding example with a sparkly tone and a surprising power and depth for its diminutive body. This model is most associated with Jimmy Rodgers, who played one before his Victor records successes enabled him to purchase the considerably more costly Custom 000-45 that became his trademark!

This is a fairly well-worn guitar but remains an excellent player. The top has some noticeable wear to the wood on the upper treble bout below and forward of the sound hole; the rest of the finish shows numerous small dings, dents, and scratches. There is a noticeable impact repair on the upper side bass bout, with a couple of cracks running from this area down into the waist. This is sealed up solidly but a bit artlessly, it is not the prettiest repair but nevertheless does not present any functional problems. The treble side also shows a couple of tightly sealed grain cracks in the waist area.

The top is very solid with no bulging as is often seen on this model. There are a couple of practically invisible tiny sealed grain cracks behind the bridge. The back is relatively clean with again only a couple of small tight grain stresses that do not go fully through the wood. The bridge and small maple bridge plate are original as are the bar frets. The tuners are 1950s-era Waverly strips, not original but old enough to look the part now!

The finish is worn down to the wood on the treble side of the back of the neck from play. The neck has been reset, the original bar frets polished and playability is excellent. This guitar is a good player's example of this early Depression-era Martin, ready to hop a freight train (or more realistically an airplane) in a molded Crossrock flight case. Overall Very Good + Condition.
×