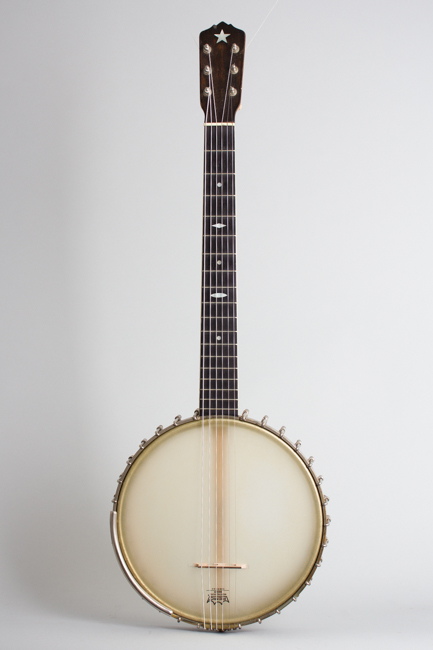 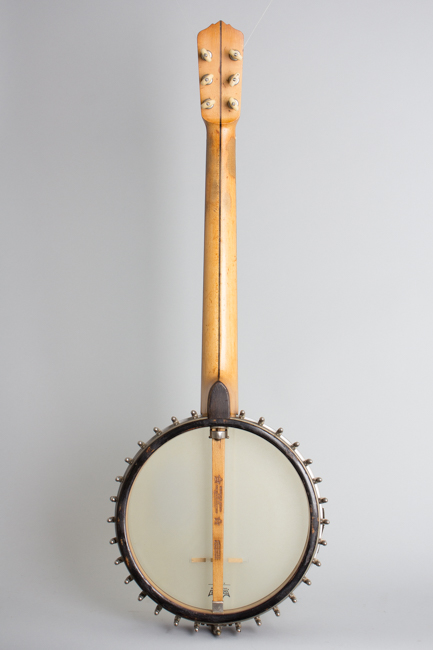 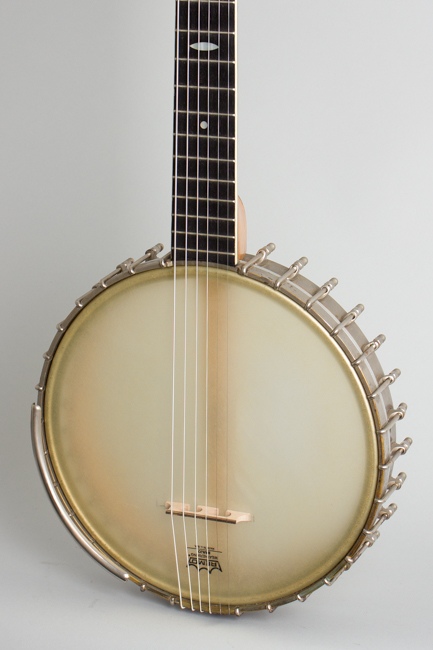 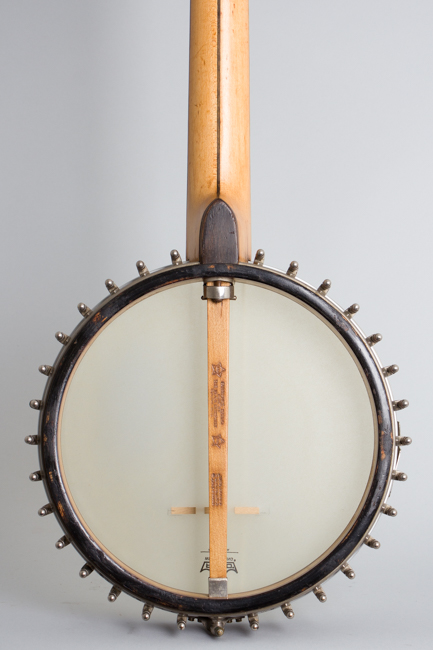 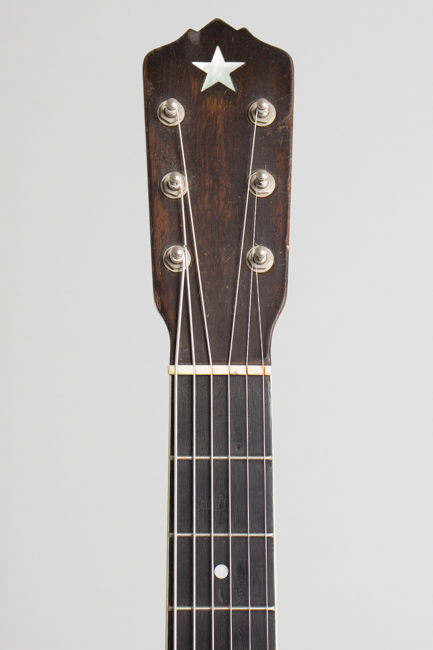 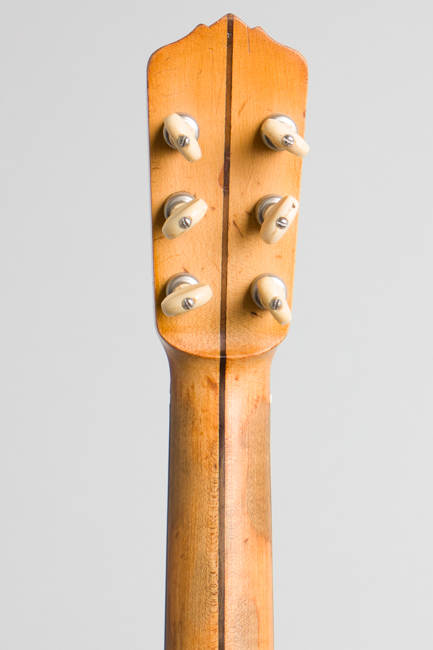 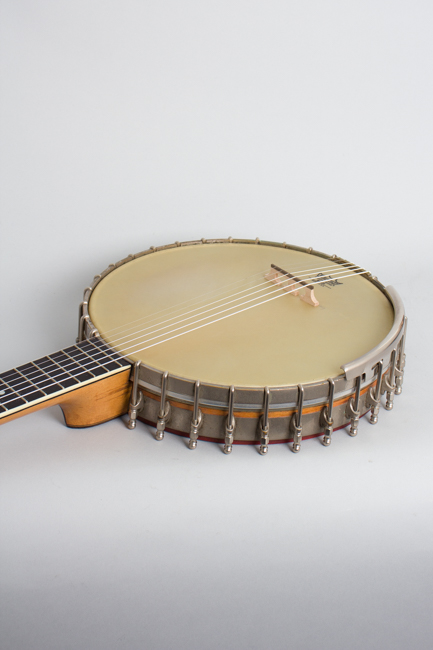 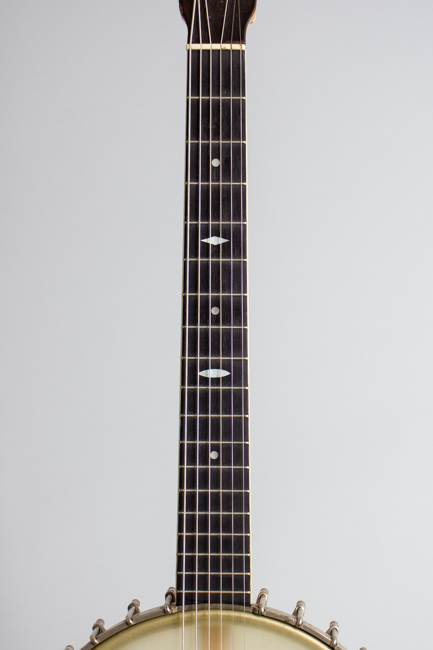 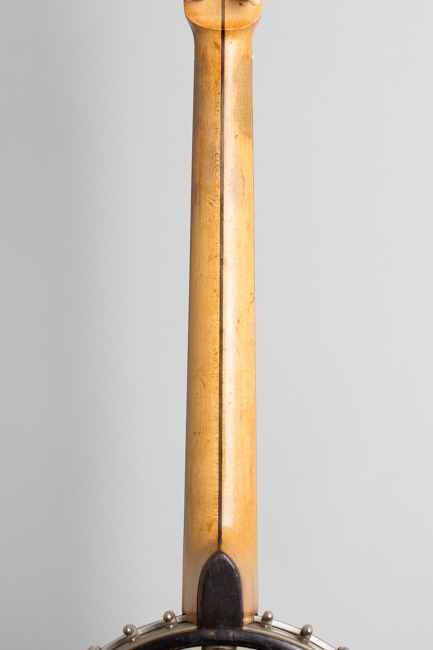 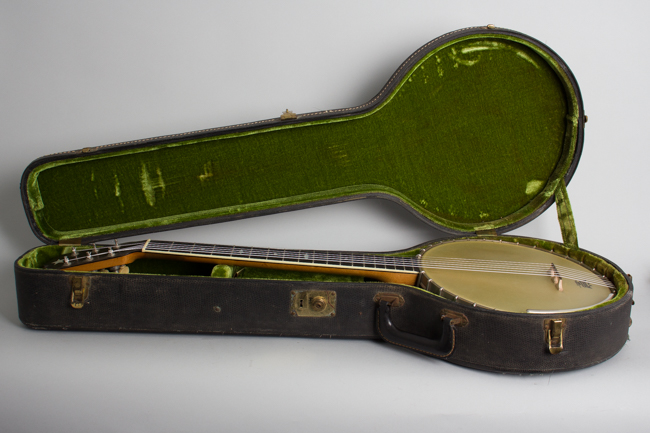 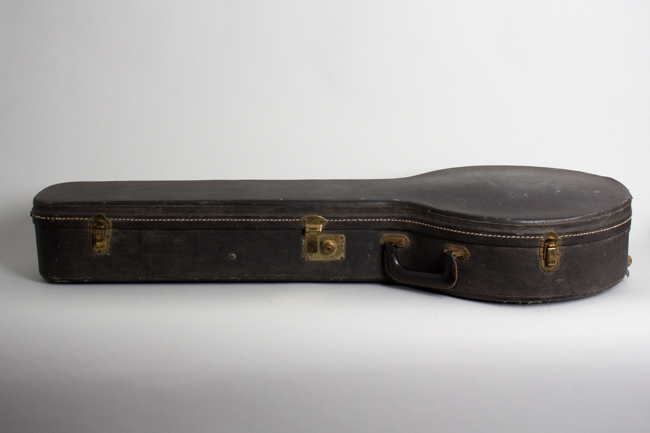 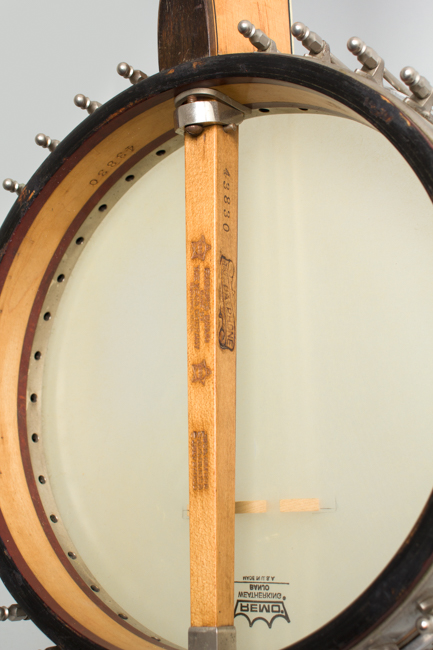 This is a relatively rare Fairbanks/Vega Tu-ba-phone Guitar-Banjo, absolutely one of the best-sounding "Guit-jo's" ever made. Vega in Boston built these from the 1910s into the late '20s (initially under the Fairbanks name) but only in fairly small numbers compared to 5 and then 4 string banjos. This one was made a couple of years before the Fairbanks name was discontinued so the dowel carries the "Fairbanks Banjo made by the Vega Company" marking as well as Vega star stamp, with three patent numbers below. The side of the stick has the "Tu-Ba-Phone" marking along with the serial number, which is duplicated inside the rim.

Although a fairly high-end instrument in the Fairbanks line the Tu-Ba-Phone guitar banjo carries less ornamentation than many of their models. The heavy laminated maple rim is finished in natural maple, fitted with the patented Fairbanks bracket band, tortoise celluloid edge capping and of course the incomparable tone ring that lends the model its name. The natural-finished laminated maple neck has an ivoroid-bound ebony fingerboard inlaid with dots, small diamond and oblong shaped pearl pieces. The dyed pearwood headstock facing has just a single a star inlay and is fitted with later geared Planet tuners..

The original Tu-Ba-Phone is always a very classy instrument; this one shows wear overall but is a rare find in any condition. These 1920's Vegas, and particularly the top-of-the-line Tu-ba-phones, are as fine a banjo-guitar as has ever been made and great instruments for just about anything. "Play that thing, Mr. St Cyr!" while with Louis Armstrong's Hot Five, Johnny St Cyr used a six-string Vega very similar to this one, as did New Orleans great Danny Barker for much of his career. This one has all the sound needed for everything from solo fingerpicking to Old-Time country styles to small-group ragtime to vintage jazz stylings.

This "Git-jo" shows some wear for its over 100 years on the planet but remains mostly original, the only notable alteration being later Planet geared tuners installed in place of the original non-geared variety. There is a decent amount of wear overall, most notably to the finish on the back of the neck especially in the lower positions with wear down to the maple. The plating has average corrosion and clouding overall, with some heavier wear down to the metal on the lower back end of the hoop.

With the exception of the added geared tuners (which are a major plus for playability) the hardware remains original, including the special 6-string stud tailpiece, Vega armrest and a full set of hooks and nuts. The fingerboard and frets show signs of work -- it appears to have a very old and well-done refret with some well-filled divots in the ebony -- and the instrument plays very well and sounds great. It is set up with a later plastic head and capped maple bridge and includes a 1960s era hard case. Overall Excellent - Condition.
×