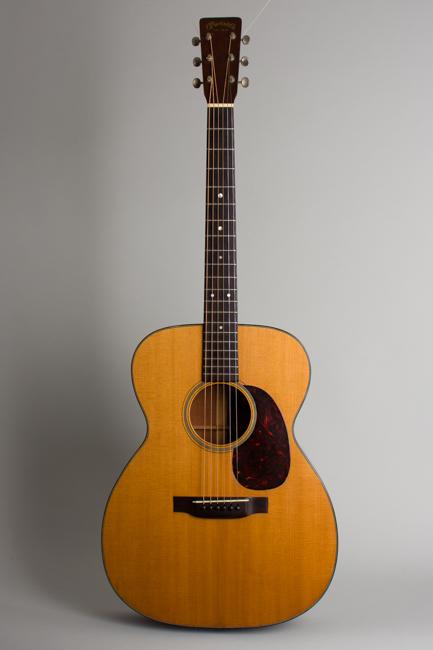 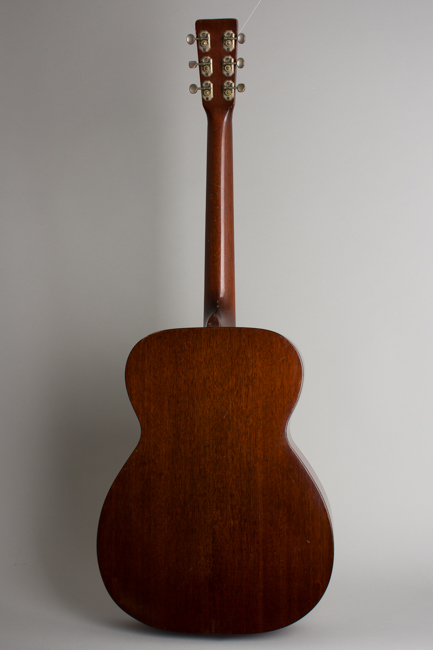 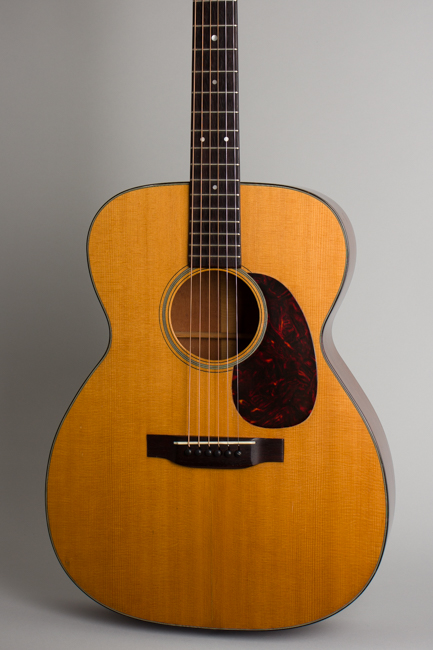 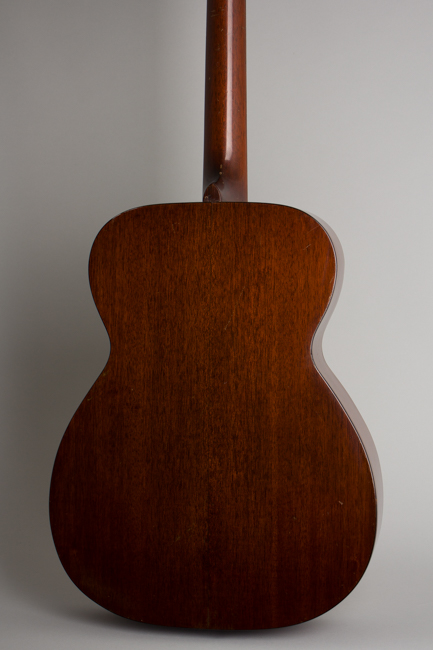 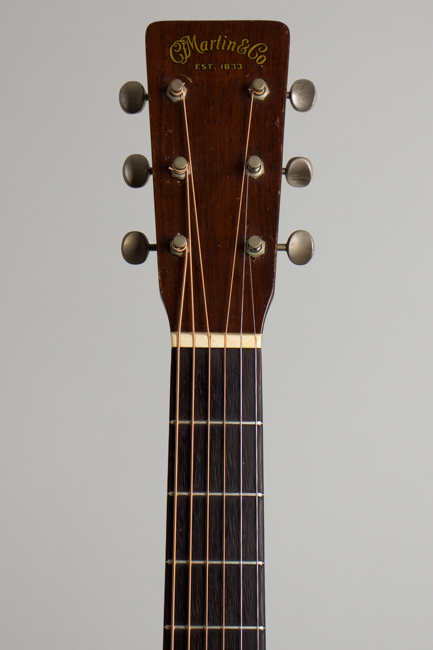 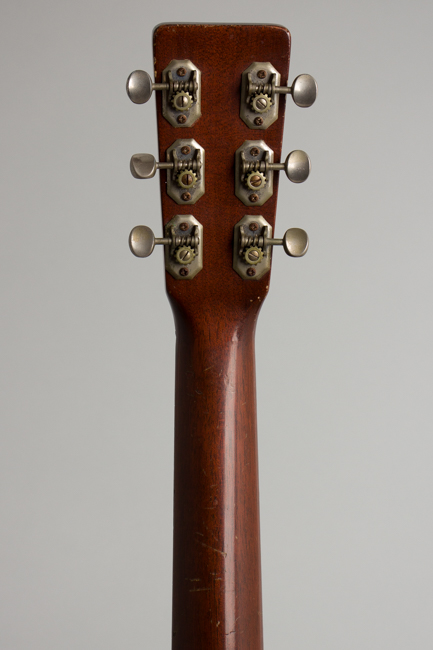 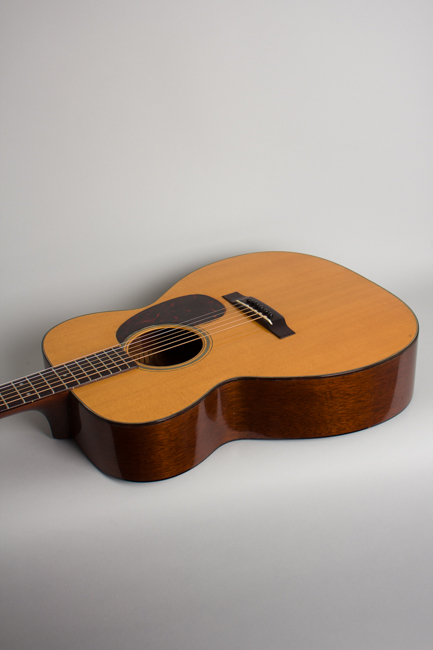 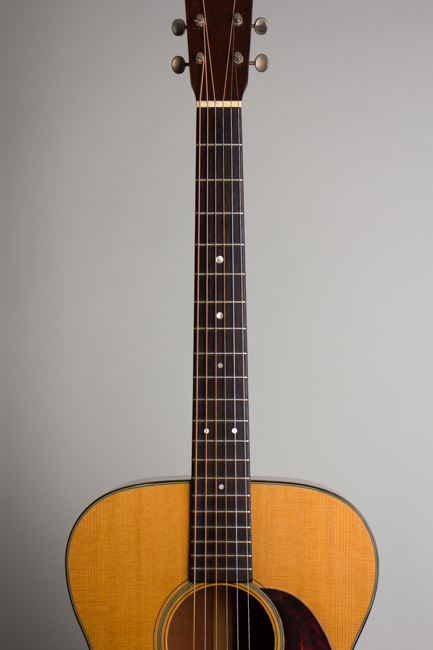 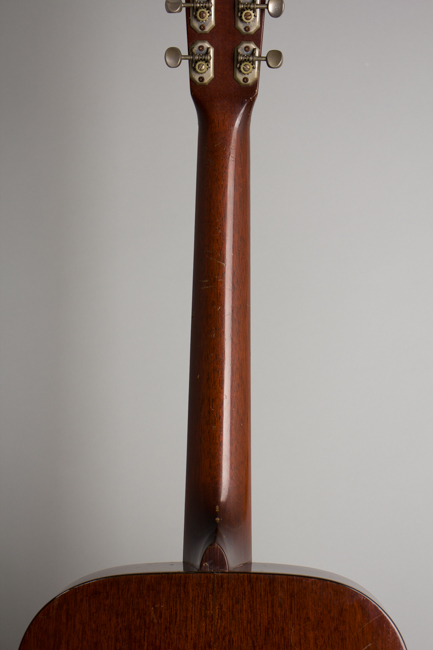 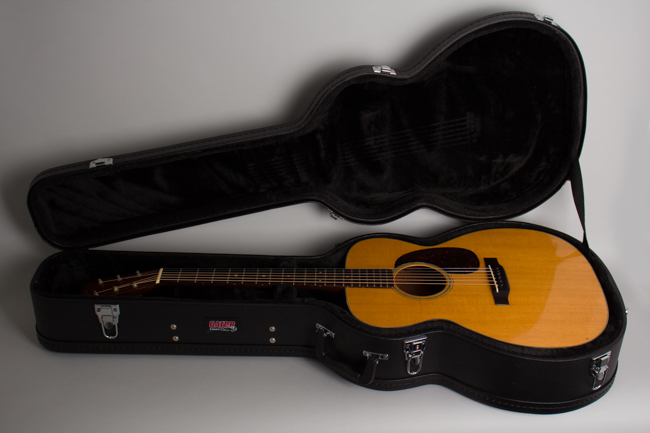 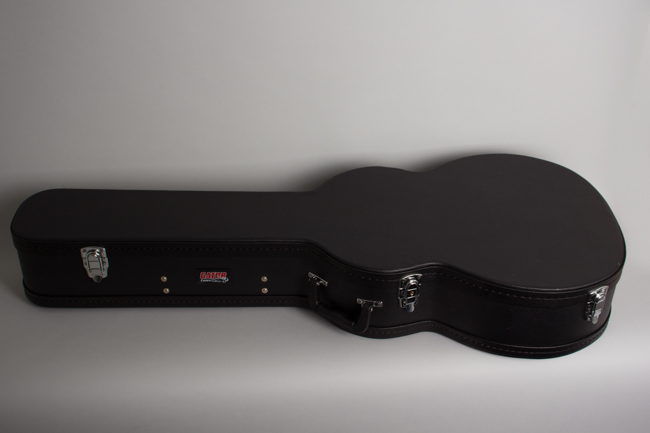 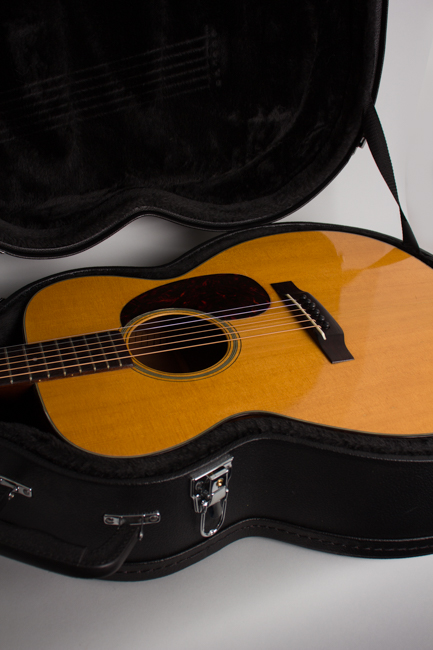 To many players and Martin aficionados, the 000-18 has remained one of the company's most propitious and beloved combinations of wood, wire, and inspiration. The light mahogany back and sides coupled with a spruce top make for a transparent but warm and responsive guitar; the 15" wide narrow-waisted 000-size body contributes both depth and clarity to the sound. The 14-fret 000-sized instrument was introduced as the OM-18 in 1930. After 1933 nearly all Martin guitars were built in this new "Orchestra Model" format, so the OM designation was dropped and the model simply called the 000-18, one of the company's mainstays ever since.

While not a particularly expensive guitar by 1950s Martin standards, listing at $95.00 (plus case) in 1951 the 000-18 still represented a substantial investment to many players. This is not a flashy guitar; the trim is discreet with tortoise celluloid on the body edges and a simple multiply sound hole ring. In classic Martin style, the elegant understatement speaks for itself. Despite its lack of flash, this was always a fully professional instrument popular with radio entertainers, most obviously the country acts common in the Southeast.

This example was built late in 1951, one of a total of 425 000-18s shipped that year. It incorporates typical post-war Martin style 18 features including lovely mahogany on the back and sides, a superb straight-grained spruce top, Brazilian rosewood fingerboard and bridge, and tortoise celluloid pickguard and body binding. The neck is mahogany with a fairly slim "C" profile; the fingerboard inlay is mixed size dots and the tuners are open back individual large-plate Kloons with metal buttons.

This 000 has seen some use but remains cleaner and more original than many from this period. It is an excellent fingerpicker's instrument but also has a lot of punch and clarity as a straight rhythm machine as well. This is a very well cared for, just 70 year old guitar that has matured beautifully and will continue to provide exceptional sound as the years go on.

This guitar remains in very fine original condition with some light typical wear and minor repair. The finish remains beautifully original; overall it has typical small dings, dents, and scrapes but nothing major. The top lacquer shows some areas of wear, mostly strumming marks on the treble side of the soundhole and around the pickguard. There is a small worn-away area on the lower sound hole rim. The back and sides show some typical scuffs and dings but again nothing major.

The top has a tightly sealed "B" string crack, originally caused by the shrinking of the pickguard which also resulted in a couple of tightly repaired cracks under the outer edge of the pickguard near the edge binding. This was neatly repaired by loosening the pickguard, sealing the cracks and then gluing the pickguard back down, and is now practically invisible. A spruce cleat has been added underneath to stabilize this area. The top center seam has been neatly re-sealed from the tailblock to the bridge without any added finish.

The headstock area has some general wear. The finish is worn away a bit on the sides of the neck but there are no heavy capo marks or deep dings along the back, only a few small dinks. The fingerboard has been trued and refretted with period correct fretwire and the guitar is a very fine player. The bridge appears original and full-height; the bone saddle has been replaced. The thin maple bridgeplate is original and unaltered. There appears to have been a nicely done neck re-set some time back. This 000 feels superbly played in and is just a wonderful-feeling and sounding instrument. It is housed in a modern hard case; an original period soft shell case is also included, festooned with colorful stickers if not entirely functional. Excellent - Condition.
×