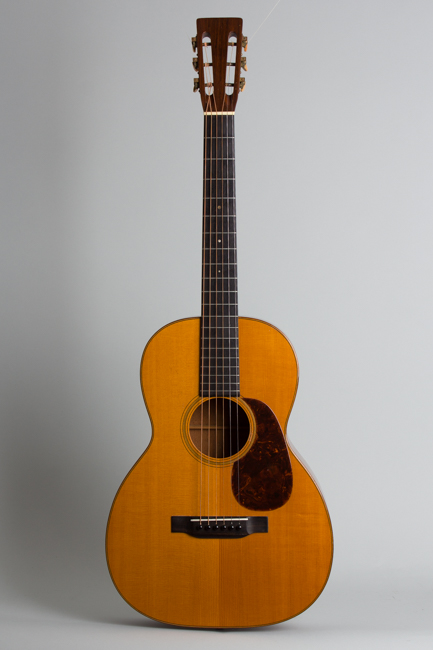 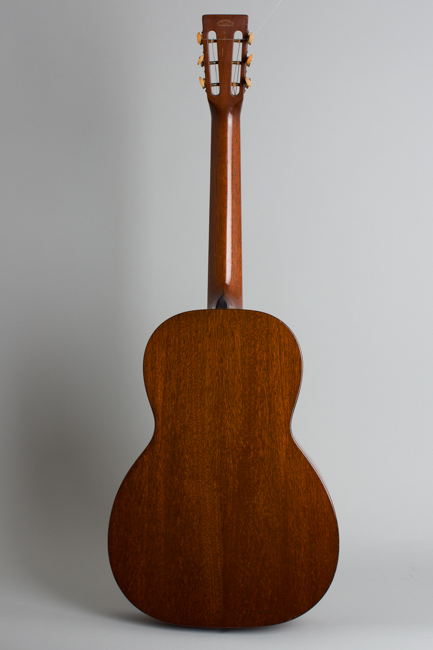 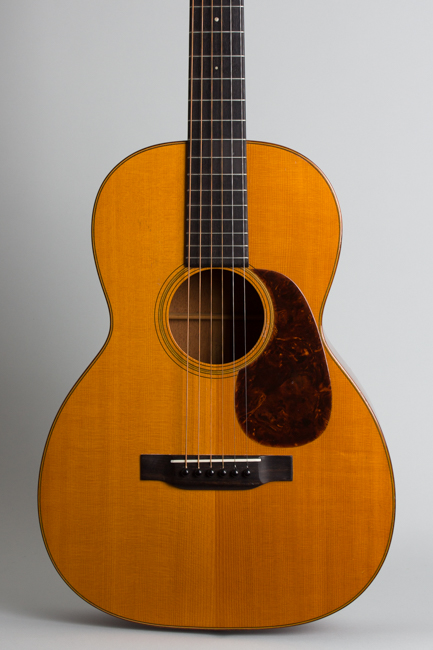 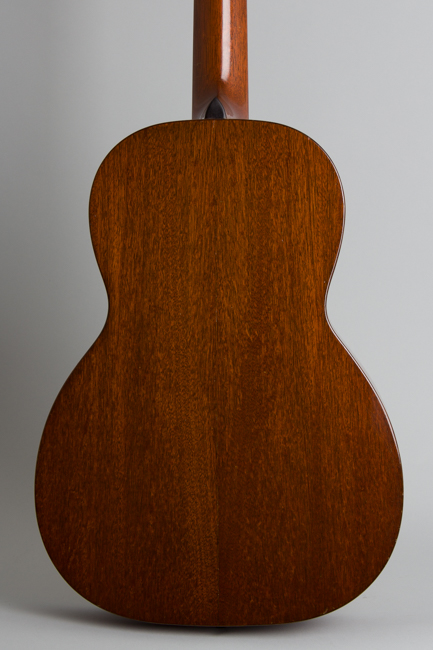 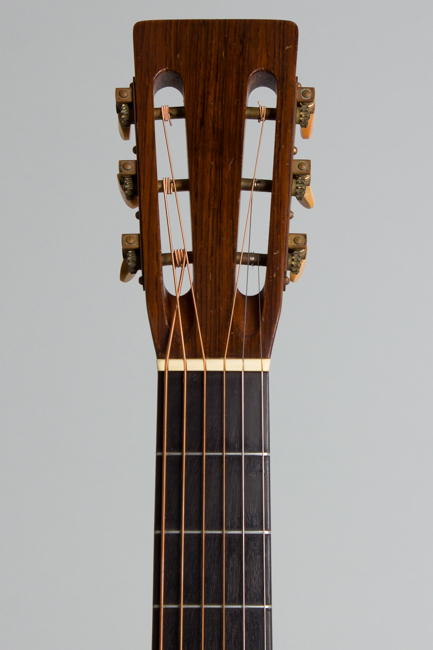 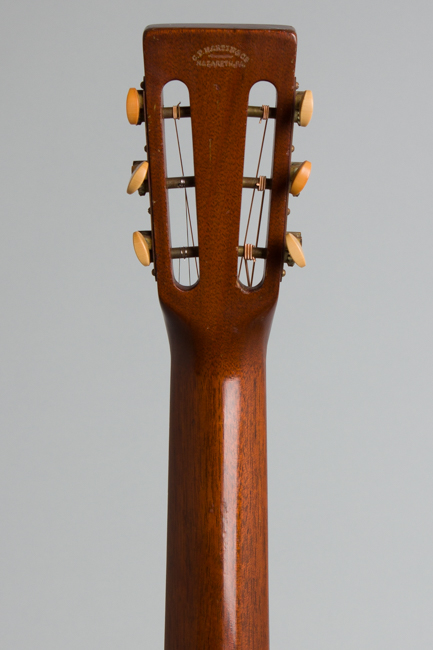 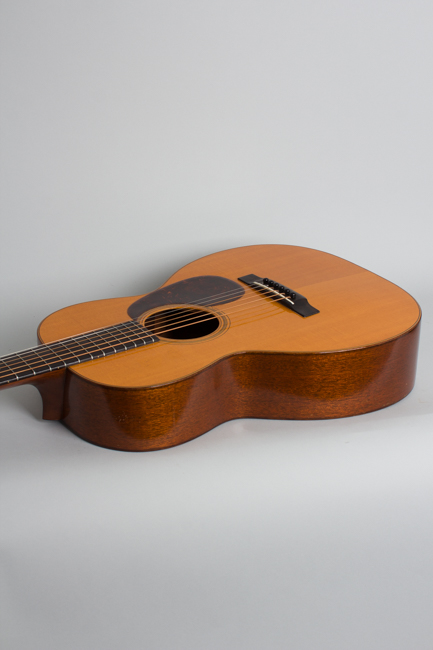 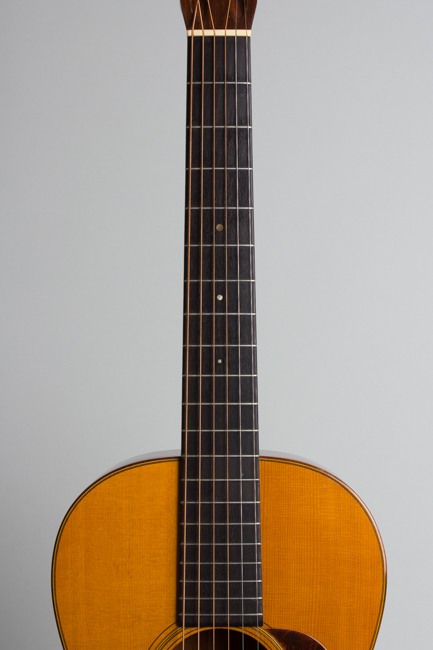 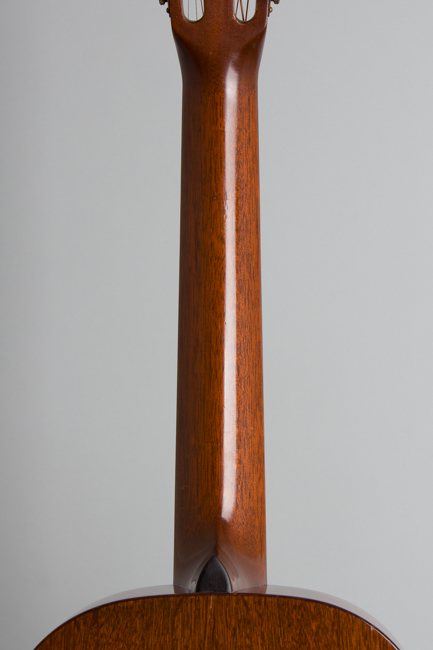 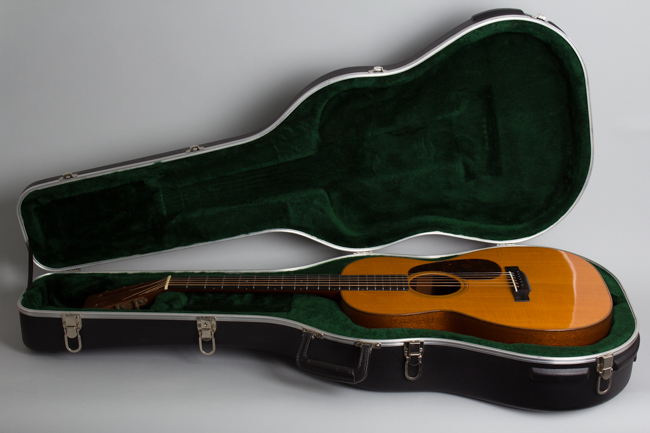 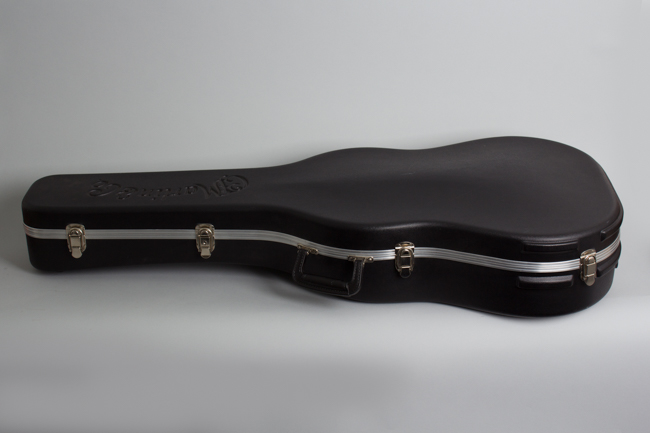 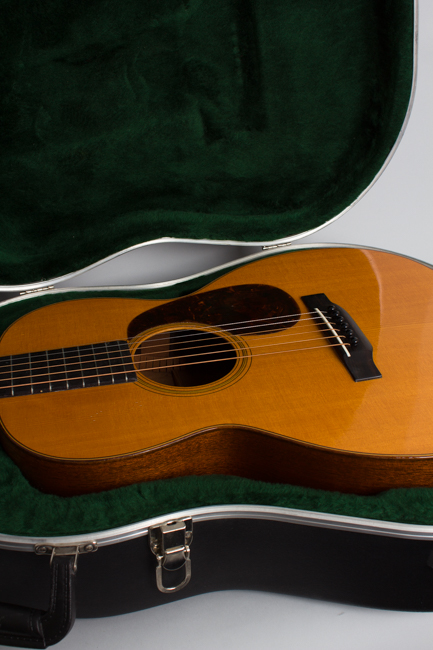 This truly lovely 00-18 is simply one of the cleanest and best sounding pre-war 12-fret Martins we have ever seen. These "Old style" 12-fret, steel string Martin flat tops from the 1927-32 period are some of our absolute favorite guitars. For only a few years at this time -- just before Martin altered nearly all their designs to the 14-fret neck "Orchestra Model" pattern -- the company crafted a relatively small number of traditional long-body scallop-braced flat-tops specifically designed for steel strings instead of the gut used previously.

The other features remained pretty much as they had been since the last century, with a wide ebony fingerboard on the neck which joins the body at the 12th fret. These guitars were the final evolution of the original 19th century Martin patterns before the "modern" 14-fret design became the standard just a few years later. This late 1931 guitar is the final evolutionary version with what many would consider the perfect combination of features: scalloped steel string X-bracing along with the new ebony belly bridge and tortoise celluloid pickguard, both just recently been added to this model.

This 00-18 was built towards the end of 1931 and is one of 201 examples shipped that year, priced at $45.00 (without the case). Although this may seem like a bargain even calculated in period money, that was a lot of cash for most Americans just as the depression was ravaging the US economy. This late 12-fret 00-18 is a rare guitar by today's standards; 1930's Martins were made in very small numbers compared to later periods, and if the original price seems laughable today this was still fairly expensive for a flat-top guitar at the time.

This example shows some very light play and wear and a few beautifully executed maintenance repairs, but is an excellent player in far more original cosmetic and playing condition than most period survivors. The X-bracing is slim and delicate but a bit stouter than the 1920s patterns, fully equipped to handle steel strings. The sound is more powerful than one might expect for a smaller mahogany instrument and has surprising depth. It makes a great fingerstyle guitar, and also works very well with a flatpick, from stringband music to early jazz and beyond. It remains a testament to its builder's skill and reputation and at least as fine a mahogany 12-fret 00-sized model as anyone has ever made -- then or since.

Overall this is a beautiful and very original example of the early steel-string Martin 00, with some light wear but no major finish loss, damage or repair. There is only a small amount of pickwear through the finish, centered on the lower lip of the soundhole. The very thin lacquer finish throughout shows some fine checking on the top with a wider pattern on the back. There are numerous light signs of use including small dings dents and scratches, but no large areas of finish loss.

The guitar is amazingly crack-free; this is really an excisional find in a Martin of this period, as even many examples little played and stored for decades will still have developed grain splits over time. The neck has been very neatly reset along with a grind and polish of the original bar frets. The original bridge has been carefully reglued and a new bone saddle fitted. The interior is undisturbed including the delicately scalloped braces and very small thin maple bridgeplate, intact with very little ball-end wear.

The tuners are original and still fully functional with buttons that have shrunk a bit over time but are not crumbling. This is a very fine playing and simply spectacular sounding guitar; powerful, evenly balanced and super responsive in any style of play. This model only existed in this exact 12-fret steel string form for a relatively brief time, and this is about the finest we have seen, a truly exceptional find in a 12-fret mahogany Martin. Excellent Condition.
×