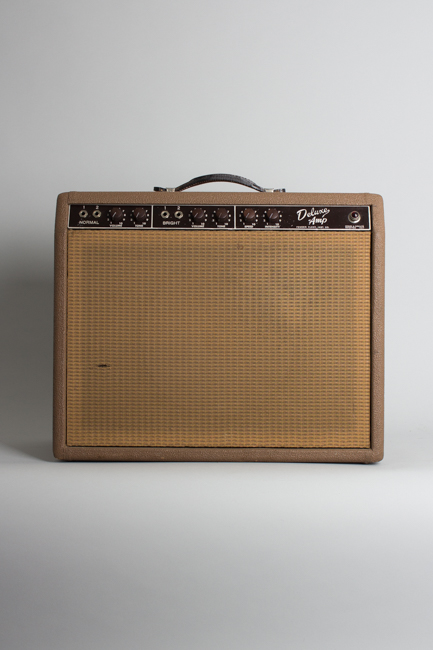 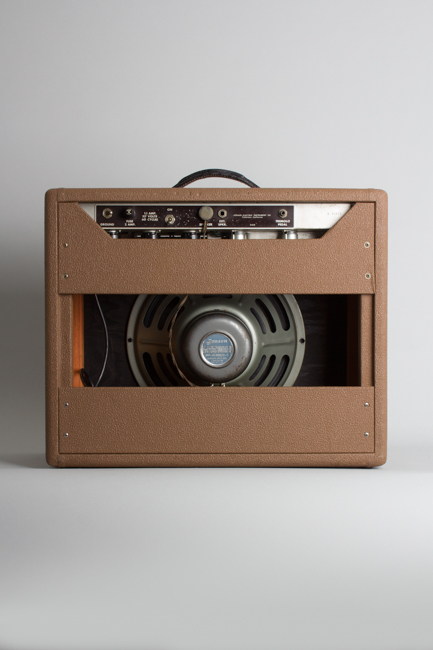 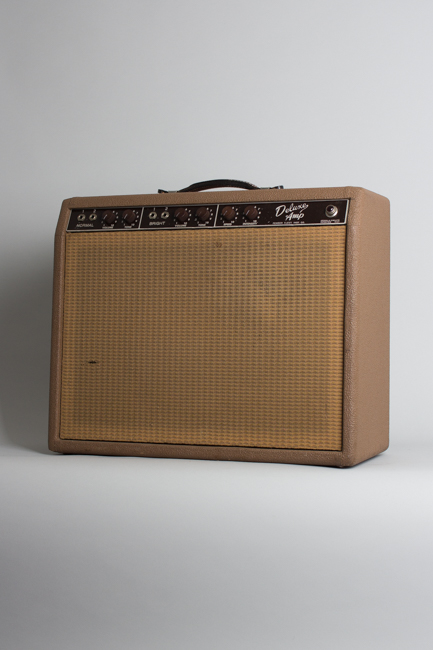 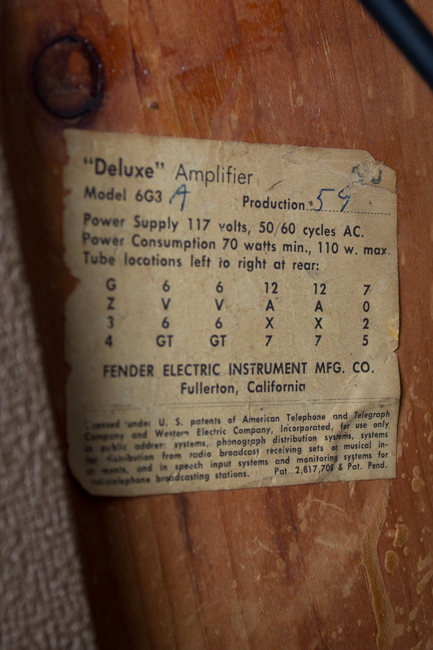 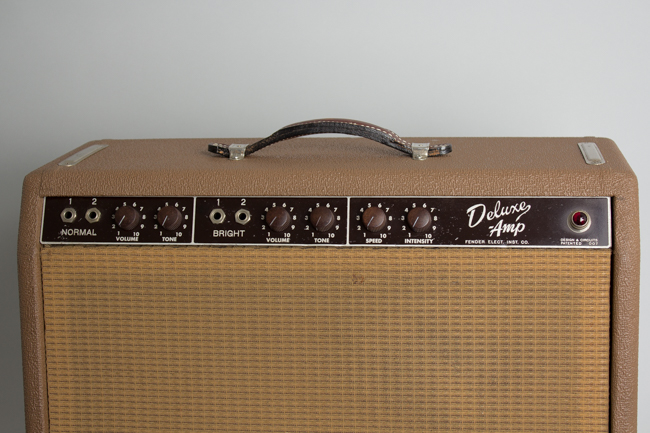 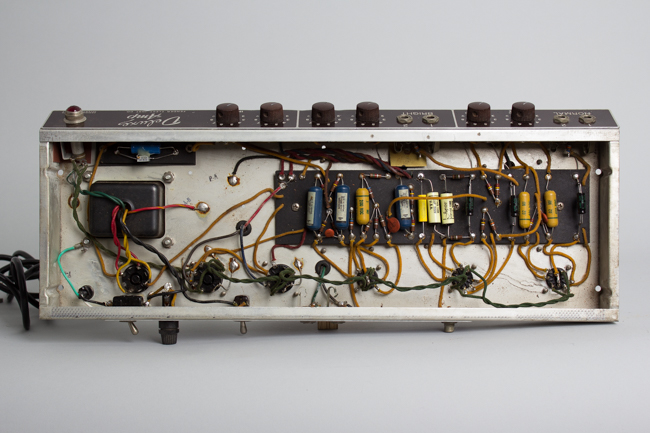 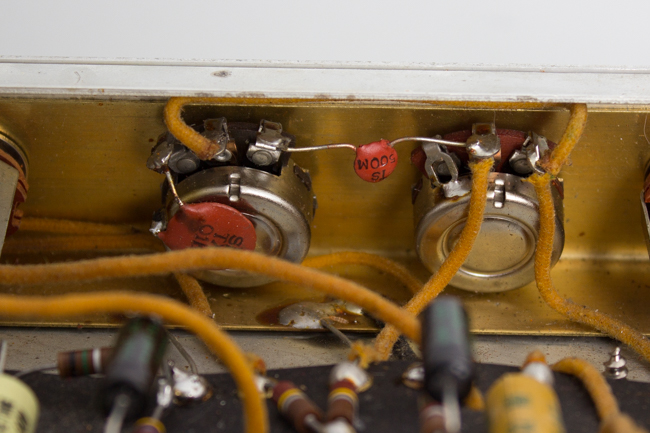 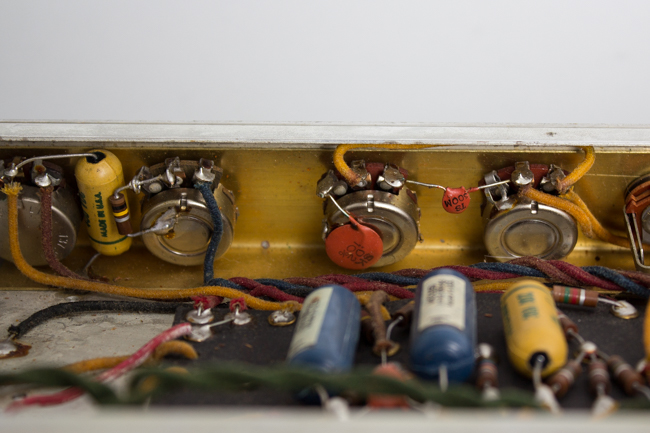 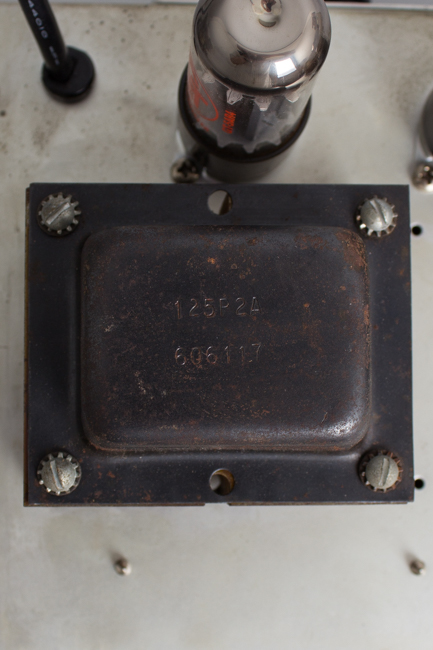 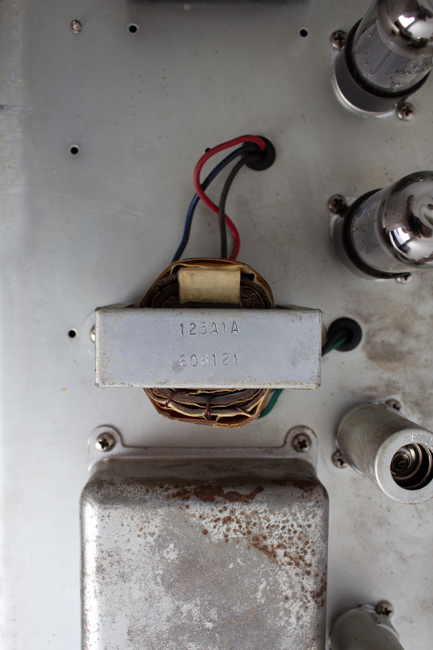 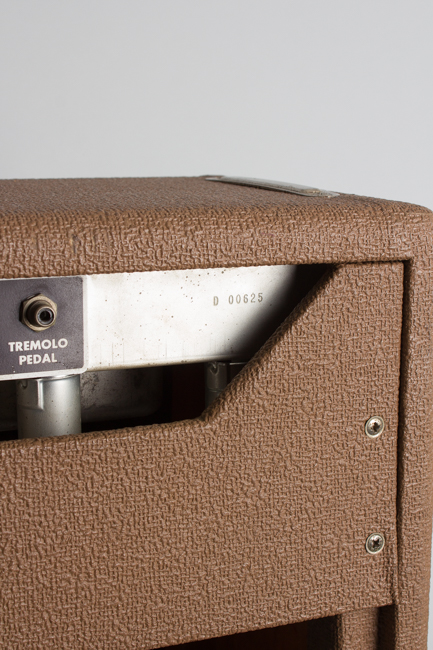 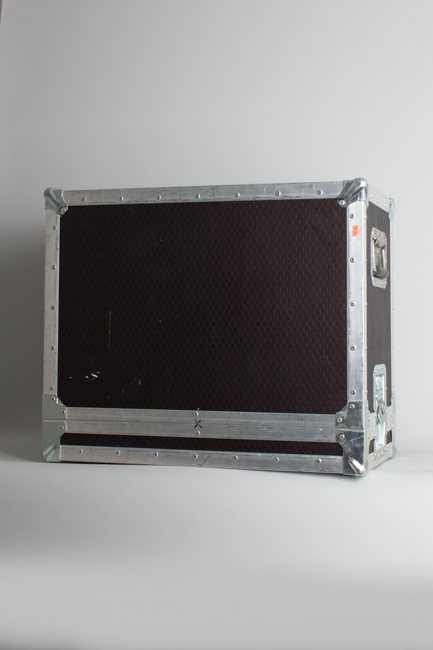 This "brown" Deluxe is a super clean and very early example of this classic Fender amp, with a cool provenance having belonged to renowned session guitarist Adam Levy. It dates to the dawn of the '60s, a period which saw a major revamp of both aesthetic and sonic design introducing the "modern" amplifier styles still de rigeur today. The new features introduced at the time included slanted front-facing control panels, new Tolex-covered cabinetry and a plethora of new models for the start of the soon-to-become iconic decade for Fender.

The new brown-panel 6G3 Deluxe picked up where the tweed 5E3 Deluxe left off, though the new circuit is quite a departure from the 1950s classic. It features a two channels with entirely independent controls for volume and tone, as well as a bias-vary tremolo. The new power section was fixed-bias and used a GZ34 rectifier, resulting in overall more headroom, volume and a tighter feel and response; the classic '60s sound. The preamp has comparatively more gain and offers more saturation and compression when pushed, while maintaining plenty of headroom for the dual-6V6 amp category. The 6G3 puts out around 15-18W into a 12" speaker. These brown amps are sonically unique, and we feel were underappreciated for decades. We love all the Brown Fender amps but the Deluxe is just about our favorite.

This amp is in very fine original condition with relatively little wear. The amps low serial number of D0625 indicates it as one of the first 700 or so ever made. The brown Tolex covering is in pristine shape with hardly any wear. The grille cloth is in good shape overall, with some minor fraying around the upper center and one notable tear around the lower left part of the baffle front. The handle appears original, with all the surrounding hardware and chassis straps free of any corrosion or major blemishes.

The control panel looks stellar; the small brown knobs are the correct size and shape but have a subtly different finish than we're used to seeing on these amps. Close inspection reveals they are the product of the same original manufacturer but carry a different part number (stamped internally 5 instead of 6). They were likely fitted as a production alternative, perhaps due to a stocking emergency at Fender or simply supplier error! Either way, they a matched set almost certainly original to the amp.

Electrically, the amp is nicely original with the exception of the speaker, which appears to be a 1970 Jensen P12R, which by many would be considered a significant upgrade from the fairly inexpensive Oxfords that would come stock in these amps. It bears the code 220-032, dating it to the 32nd week of 1970. Both the Schumacher-made power and output transformers are original and are marked 606-117 and 606-121, dating to the 17th week and 21st week of 1961, respectively. The amp has received our typical servicing, including replacement of all electrolytic caps, a 3-prong grounded power cord installed, cleaning of all sockets, pots and jacks and biased to spec.

This is a superb example of this great-sounding Fender, far better preserved than most. Loud enough for most modern gigging situations but small enough for recording purposes, the brown Deluxe has a real signature sound with a smooth overdrive curve suitable to many applications. One of the shop favorites amps, this is about the nicest we have had, supplied with a custom brown cover made by Studio Slips. Excellent + Condition.
×