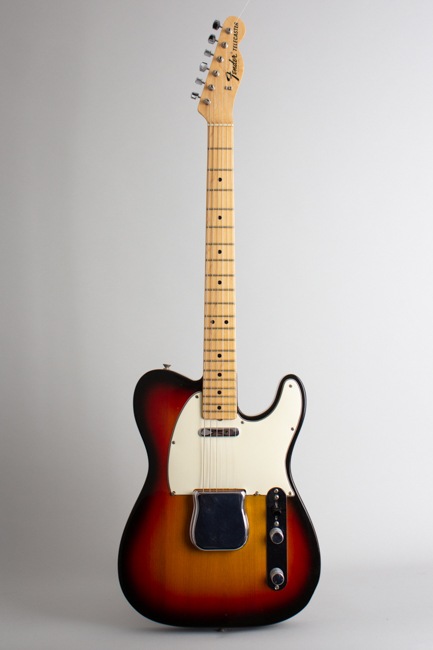 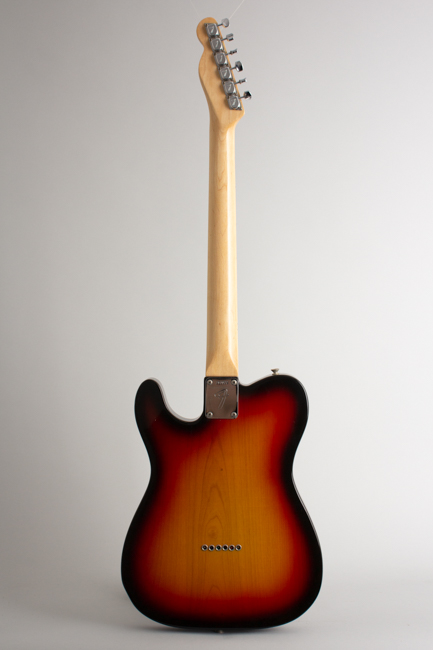 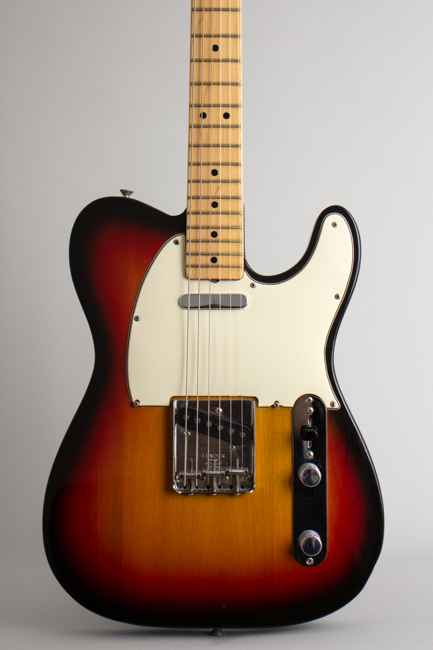 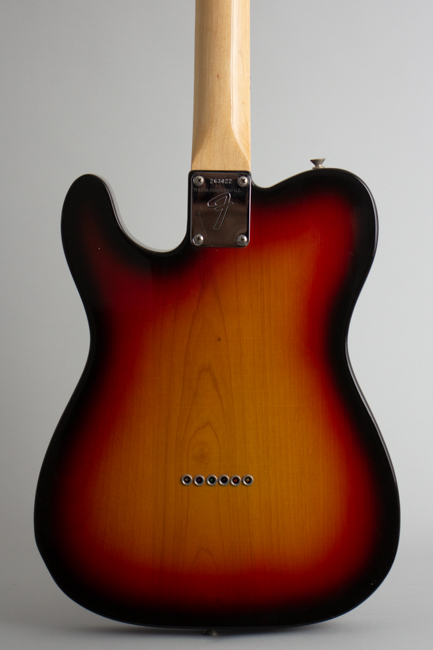 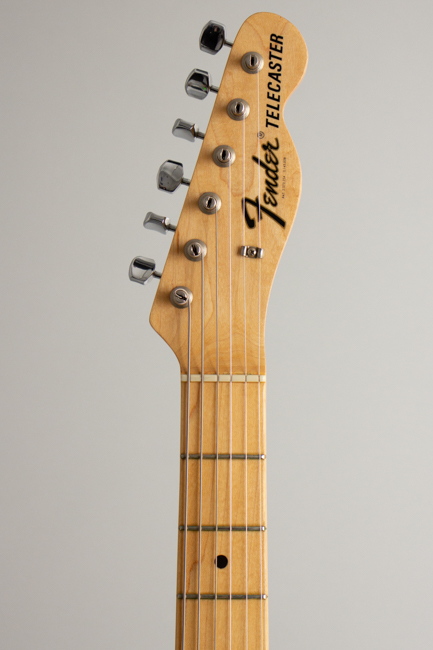 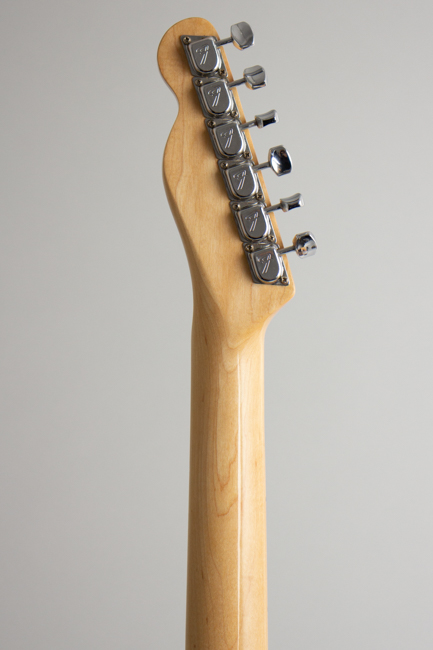 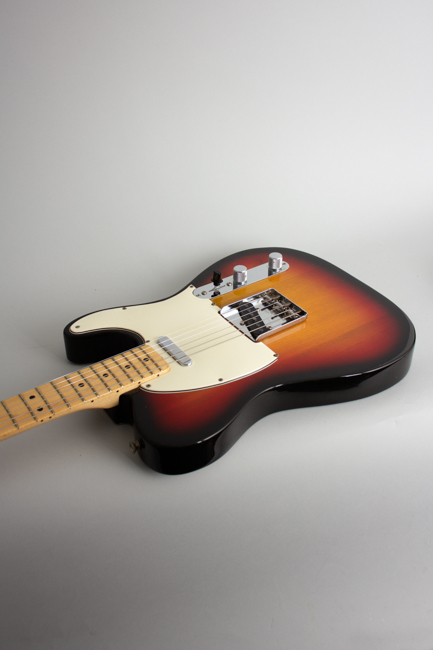 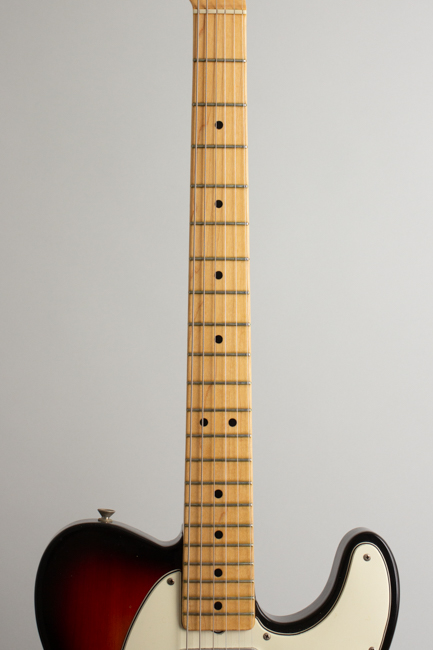 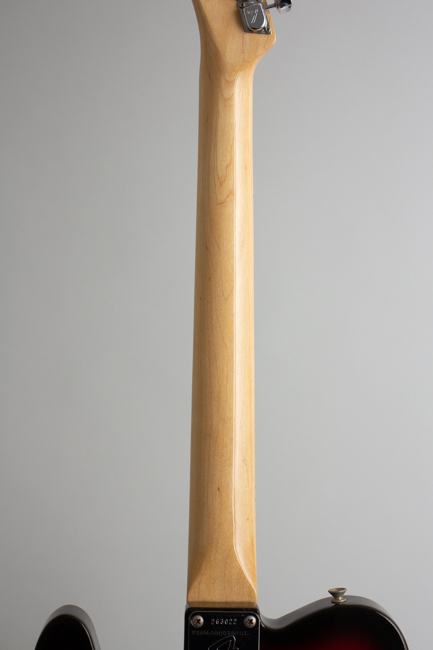 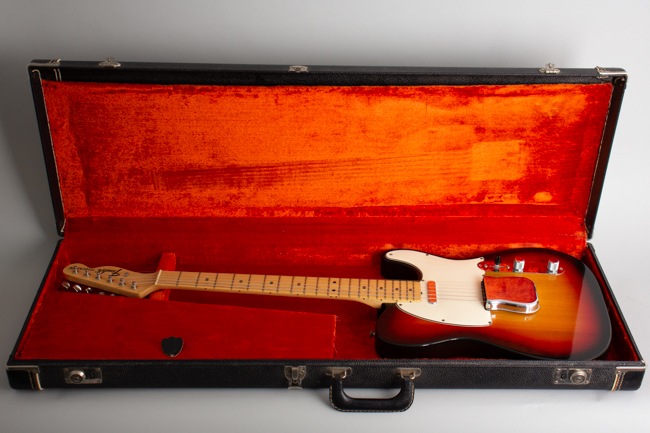 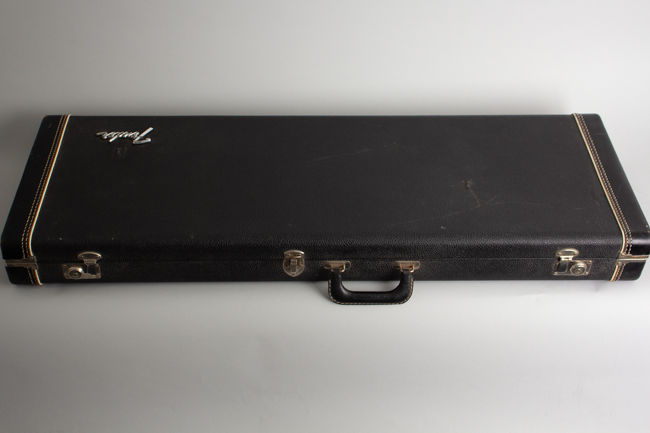 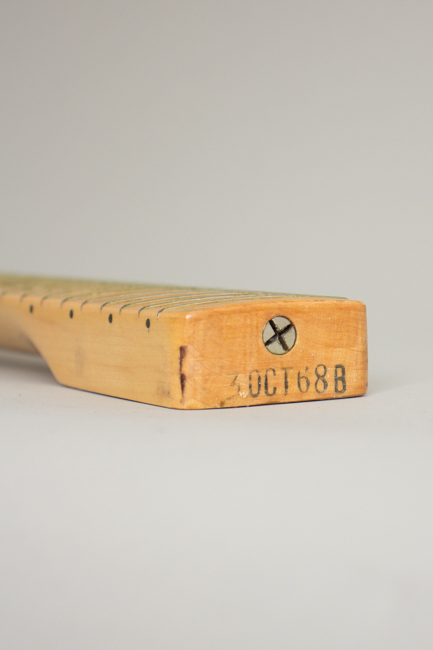 This is a superb and rare example of a Fender Telecaster from the fall of 1968, custom ordered with an unusual mix of appointments. This Tele has features particular to that early-CBS era when many things were a-changin at Fender. The neck is dated October 1968, one of the last fabricated with a separate maple "cap" fingerboard as they had been for several years at that point. The original 1950's style one piece maple neck would be re-introduced just a few months later but when this guitar was assembled the maple fingerboard was still a special-order option. The Fender logo on the headstock is in the newer style which had been introduced the year before, for better visibility on TV according to CBS theory. The tuners are the newer style Fender "F" logo style that replaced the venerable Klusons in 1966.

The body carries a sunburst finish, which is a rare feature for the period on a Telecaster. Although standard on most Fenders (including the bound-body Telecaster Custom) the sunburst body finish was a custom order option on the "regular" Telecaster, and one that was not often requested. This particular guitar has stayed truer to the original 3-tone hue and the red pigment has faded less than many over 50+ years. The finish is the transitional style of the 1968-9 period, thicker than the earlier 1960s lacquer but not as heavy as the 70s Poly to come.

The pickups are wired with the standard 3-way switching adopted in 1967, much more player friendly than the older "deep cap" schemes. The pickup leads are now plastic coated, the old cloth wire having been recently supplanted. The pots date to 34th week of 1966 when a huge quantity were bought in by the CBS purchasing department, which lasted into the 1970s. The bridge has the new non-threaded steel saddles that appeared around this time.

At 7.88 LBs (with the chrome bridge cover on) this guitar is medium weight for a late-60s Telecaster. The sunburst Telecaster is always an unusual and striking looking guitar in any era. This one handles perfectly and is a fine playing and great sounding "early CBS" custom-ordered Tele with the crackling bright but not brittle tone typical of the later 60's guitars.

This very clean and super attractive Telecaster shows signs of some fairly light use over the last 50+ years but no repairs or modifications, remaining completely original and unaltered. The body finish shows light checking with very small dings, chips and dents (mostly on the bottom edges) and some minor scuffing on the back. The neck finish is very clean with hardly any wear at all. The pearloid-backed pickguard has shrunken somewhat, cupped a bit in the middle with two chips off the back edge at the mounting screw holes.

All hardware is complete and original. A previous owner lightly etched his driver's license number on the backplate long ago. The High E tuner shaft is slightly bent but still works fine. The original frets have some light wear and have been polished a bit but remain quite playable. This medium weight Tele handles perfectly with a great snarling sound from the bridge pickup, sweet mellow purr from the neck pickup and a nice blend in the middle. The original black Tolex HSC is also well preserved with some light wear. Excellent + Condition.
×