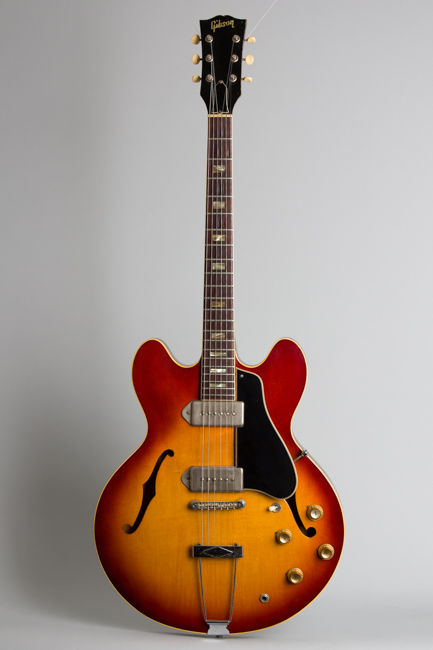 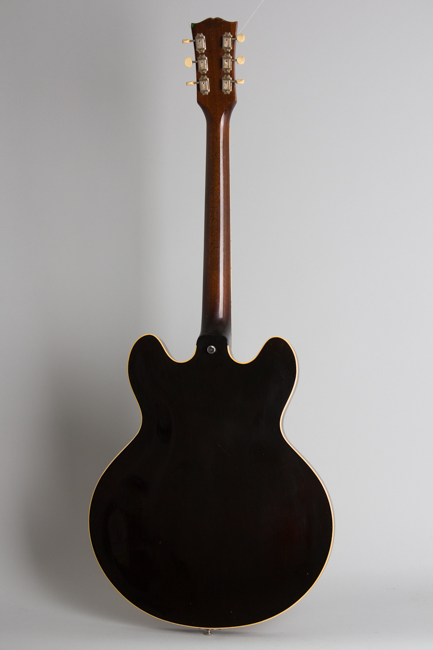 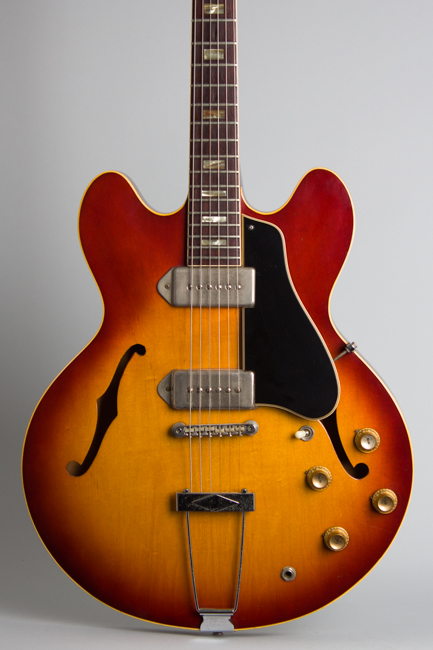 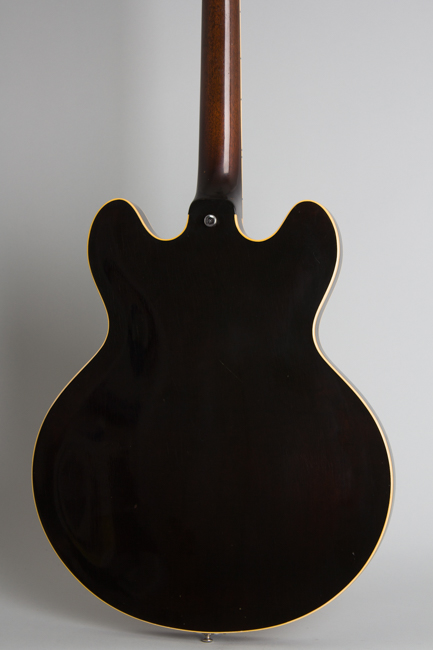 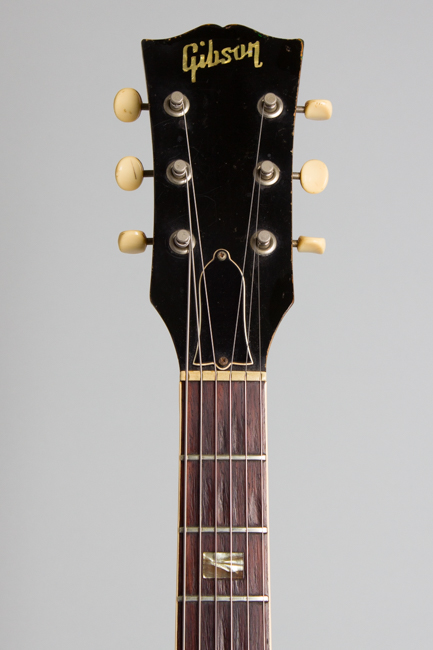 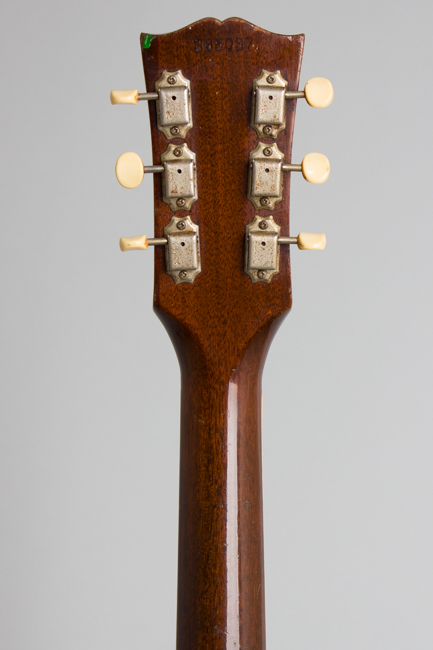 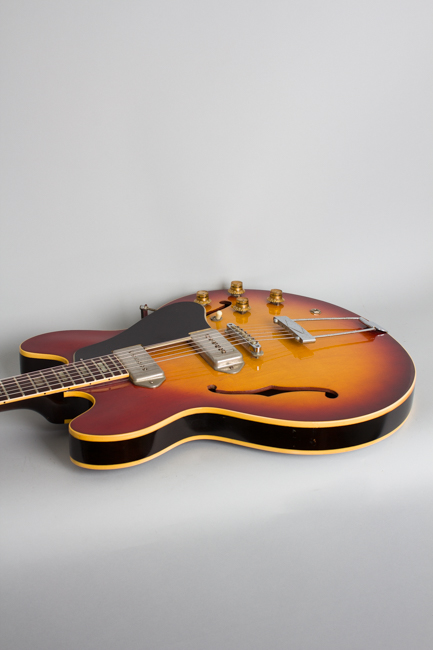 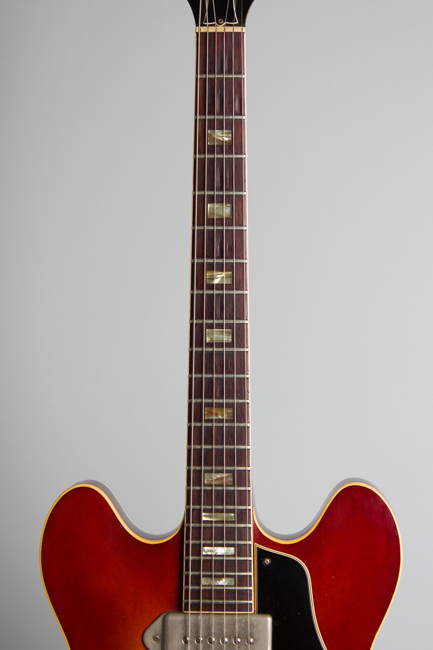 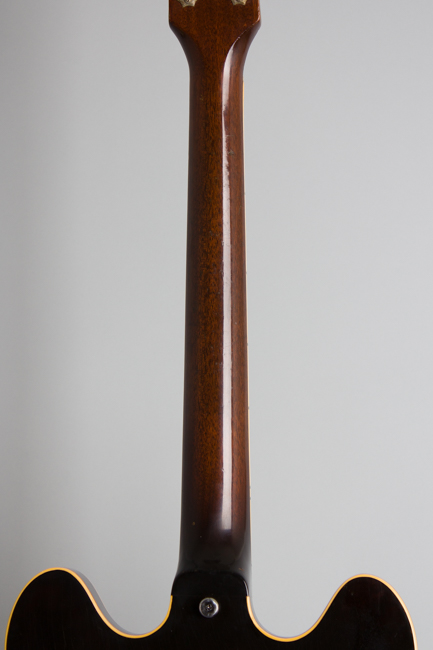 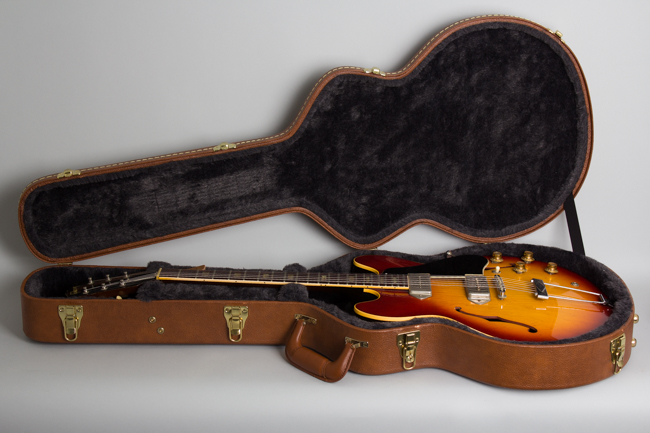 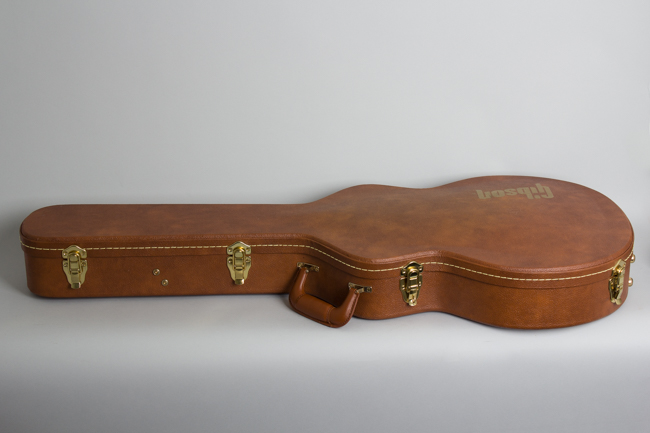 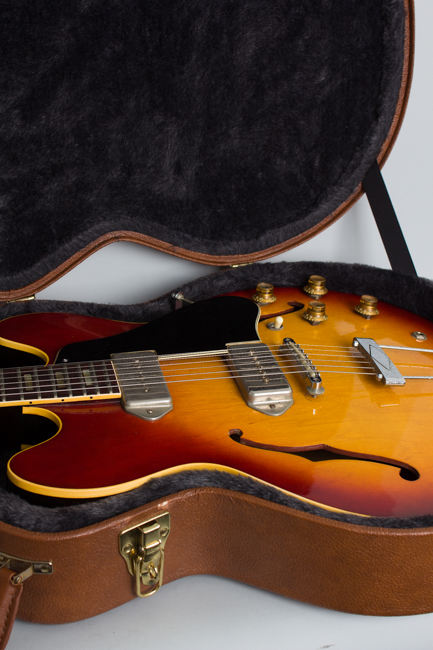 This is a nice original example of a sunburst ES-330 from 1966, a year that marked many detail changes to the instruments. This 330 has mixed "transitional" appointments; the pickup covers are still nickel plated but the tailpiece and tune-o-matic bridge with nylon saddles are chrome. The nut is the very narrow1 1/2" width sometimes seen this year, although 1 5/8" was the technically correct standard. All of 1318 sunburst ES-330 TD's shipped from Kalamazoo in 1965, so while not particularly rare these were still not built in enormous quantities even at the height of the guitar boom.

The single bound body has a sunburst finish on the top only and is fully hollow, unlike the semi-hollow 335-355 series. The neck joins the body at the 16th fret and has a bound rosewood fingerboard with pearloid block inlay. The tuners are single enclosed Kluson Deluxe with plastic buttons. The two P-90 pickups are mated to the standard Gibson wiring rig, with the older 60's style "capped" gold plastic tone and volume knobs and white switch tip.

The ES-330 is a great sounding and very versatile guitar at home in many musical situations. Despite being intended by Gibson as an "amateur" instrument (the least expensive of the double-cutaway thinlines) the 330 has been used by legions of professional players and heard on countless classic records in many styles since its introduction in 1959. Jazz great Grant Green used this model extensively on his most well-regarded early-1960's recordings. A number of period bluesmen have been spotted with it as well, including B.B. King, Chuck Berry and most notably Slim Harpo, who is nearly always pictured with one.

The 330 and its nearly identical sister guitar the Epiphone Casino were featured in countless '60's British invasion groups, including the Beatles, Rolling Stones, Kinks, Manfred Mann, the Merseybeats and many more. The American garage band era players who took inspiration from these bands made extensive use of the model as well. This early 1966 guitar shows some wear but is a very nice example, with the expected "Fab" sound and superb playability in spades!

Overall length is 40 1/2 in. (102.9 cm.), 16 in. (40.6 cm.) wide at lower bout, and 1 3/4 in. (4.4 cm.) in depth, measured at side of rim. Scale length is 24 3/4 in. (629 mm.). Width of nut is 1 1/2 in. (38 mm.).
This guitar is in very nicely preserved original condition overall, looking played but well cared for over the past 55+ years. The original finish and hardware are intact and complete. The lacquer is clean overall with some typical checking overall but not much fade, the top retains very strong color to the cherry-tinged sunburst. There are some fairly minor dings and chips overall but no heavy wear; one of the back corners of the headstock is chipped off and has a small blob of green paint inexplicably added.

The nickel plating on the pickup covers shows a decent amount of wear from moisture, as do the chrome tailpiece and bridge. There are a couple of dents in the bridge pickup cover. The strap button at the heel is added, or at least changed. The frets are original and have been crowned down a bit; There is some divoting in the lower positions but nothing that affects playability now. Overall this is a great sounding example and a super friendly player, especially if you prefer a narrow neck. It resides in a modern Gibson high-grade ES-335 style brown case. Overall Excellent Condition.
×