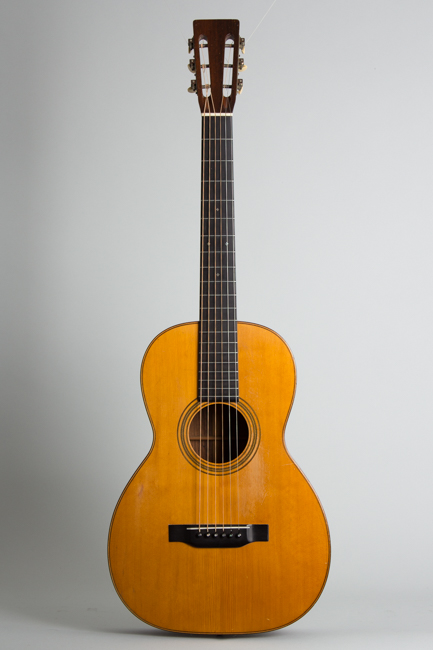 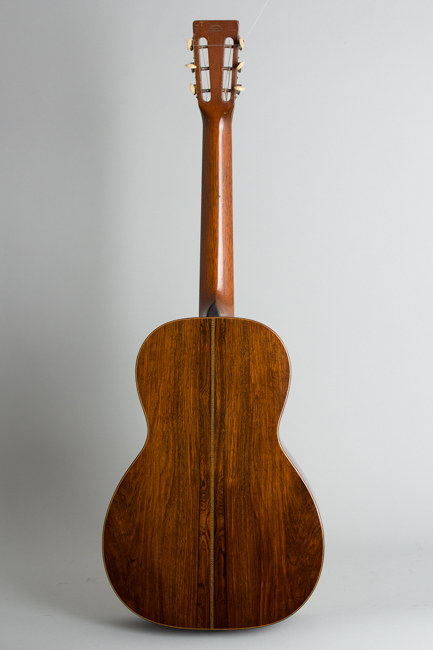 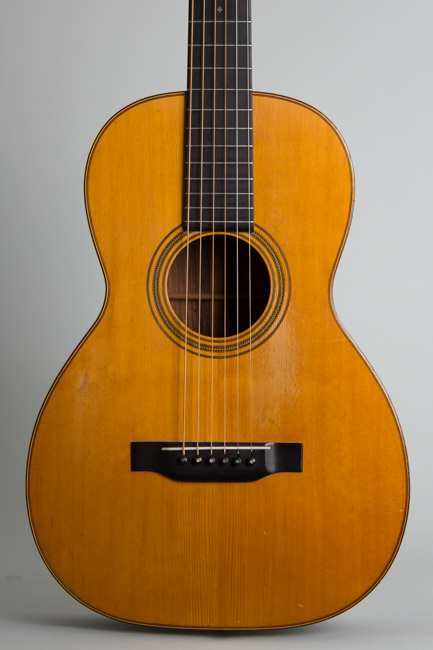 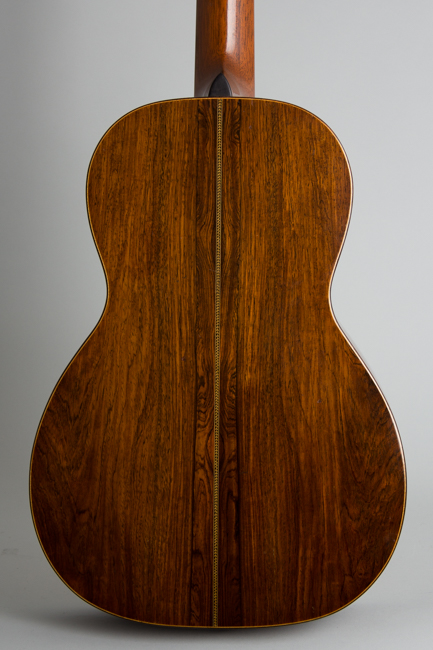 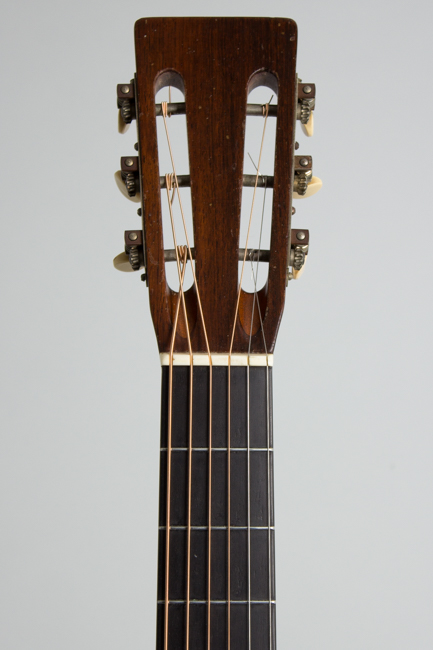 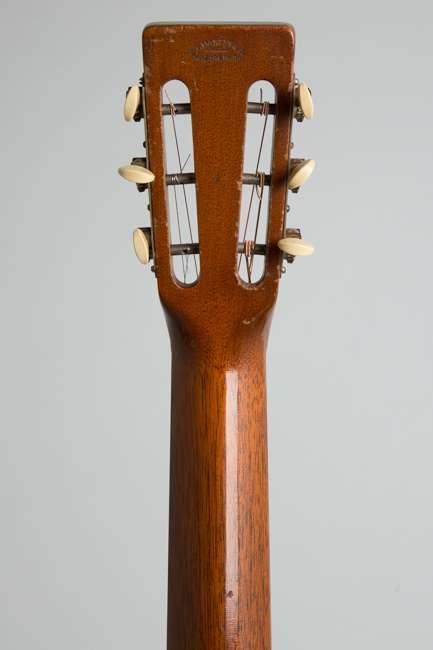 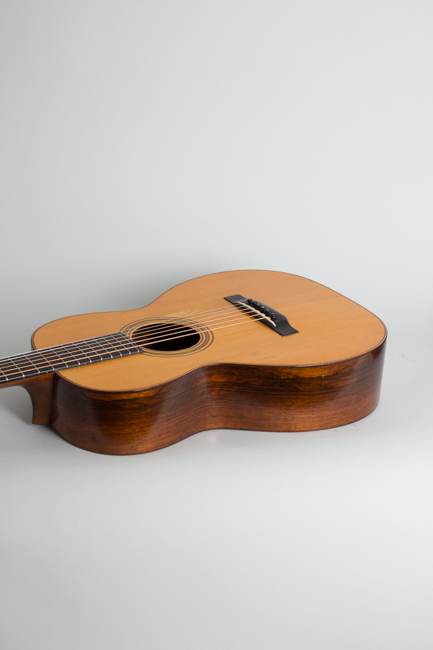 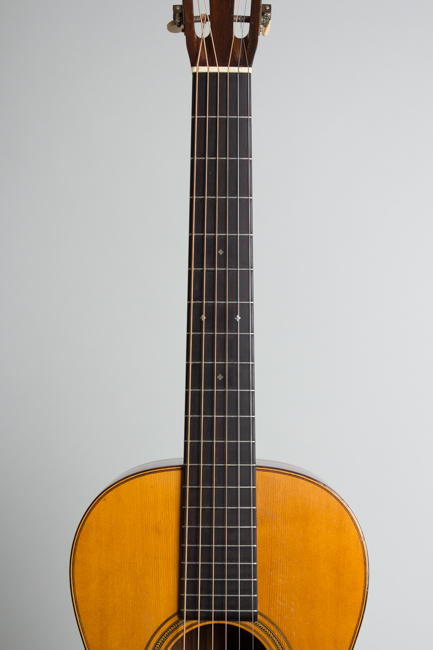 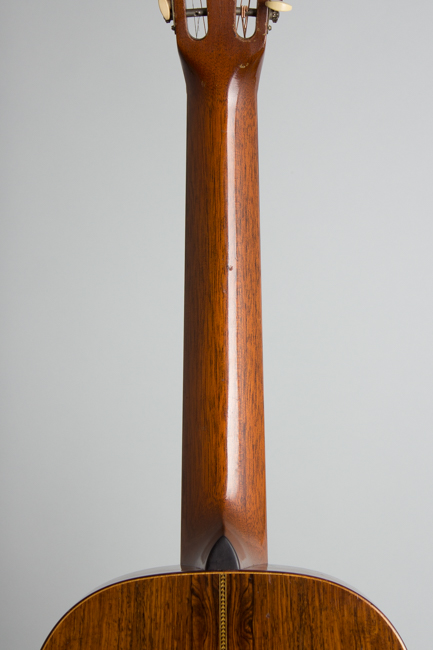 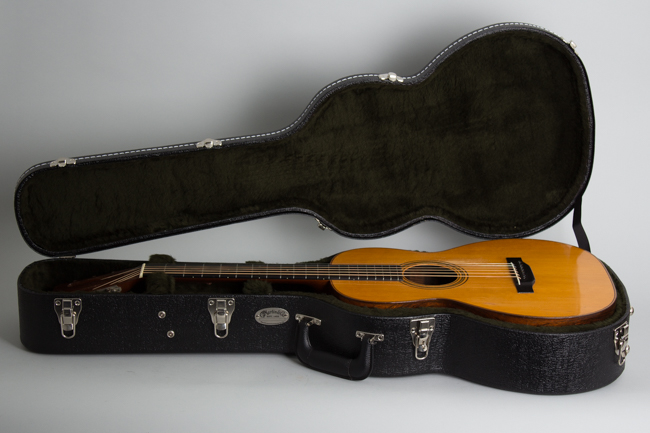 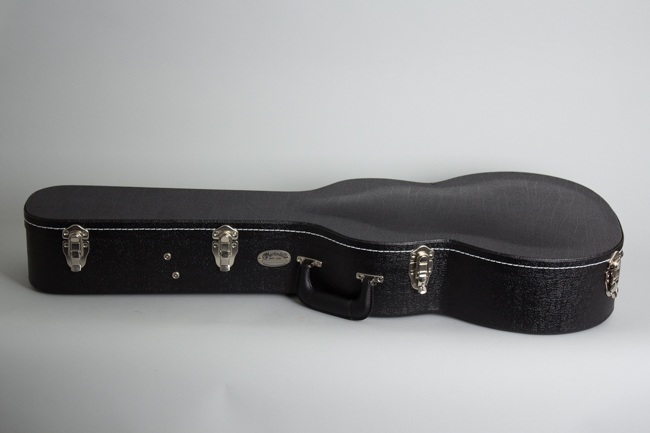 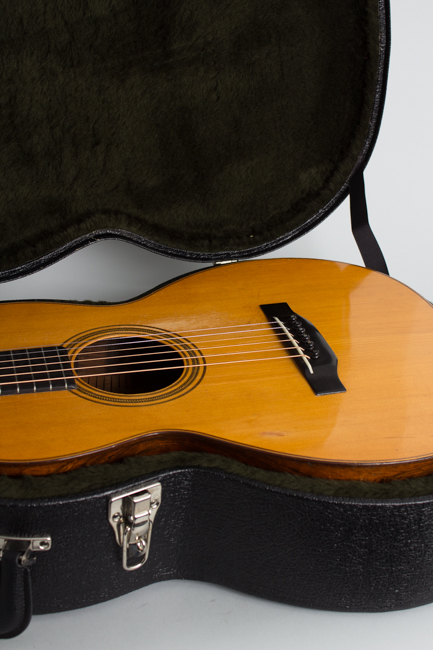 This guitar is a truly lovely 0-sized Brazilian rosewood Martin with more sound than a room full of jumbos! This Model 0-21 dates to mid 1930, when the steel string Martin was still a relatively novel idea. The Style 21 -- the lowest price rosewood model -- was cataloged as a gut strung guitar until 1927, when most of the line finally bowed to the reality that the steel-string flat top was the new normal. The belly bridge on this guitar was a brand-new feature in 1930, which allowed a bit more gluing area to help resist the increased tension. Otherwise, the instrument's specs are little changed; The scalloped bracing is a bit beefed up but still extremely graceful and delicate compared to what was to come.

The 0-21 is a relatively rare model with just over 100 shipped in 1930, after which this "old fashioned" style quickly dropped out of favor. The traditional 12-fret body was supplanted within a few years on nearly all Martins by the new 14-fret Orchestra Model design, leaving only a few models to carry it on. The 0-21 was only rarely made after 1931 making it a relatively rare model despite its midline status; few steel-string examples will have survived in as fine condition as this one!

Martin's preference for straight-grained rosewood also results in Style 21 instruments often carrying the most dramatically figured Brazilian back and sides, which is certainly true of this guitar. The precisely bookmatched back has a spectacular center seam area around the herringbone backstrip that is so finely figured it almost looks like an inlay! The spruce top features a herringbone soundhole inlay and rosewood binding while the ebony fingerboard has small notched diamond pearl inlay. The original nickel Waverly strip tuners have grained ivoroid buttons.

Overall, this is a truly superb steel-string 12 fret Martin, a real treat to play either fingerstyle or "plectrum" as it would have been termed back when this was a new guitar. In any application it is a featherweight tone machine, a delightful instrument with a voice belying its (by modern standards) small size.

This 92-year old Martin remains in excellent condition overall, showing fewer repairs or alterations than most of this vintage. There is some typical playwear into the wood of the top, mostly centered in the usual area below the strings off the soundhole rim. Overall the finish shows small dings, dents and scrapes but no other large areas of wear. There is one visible mark to the top near the upper waist where it looks like a case lid hit happened some time ago and it has been fussed over and polished out a bit.

The guitar shows no cracks anywhere, which is pretty unusual in itself. There are four cleats installed the lower back which seem to be reinforcing areas where the rosewood had bulged upward slightly on the grain line but never cracked. There are also two cleats running along the center seam on the top, between the bridge and the bottom of the guitar. These were probably added some time ago as a preventive measure, and have done their job well!

The neck has been very neatly reset and playability is excellent. The original bridge was cut down just a bit long before this, but is still perfectly functional with a newer saddle. The original bar frets are in excellent shape showing very little wear, and this is simply a delightful instrument to play or to hear. The guitar resides in a newer hard shell case, a splendid survivor from what many consider Martin's best period. Excellent - Condition.
×