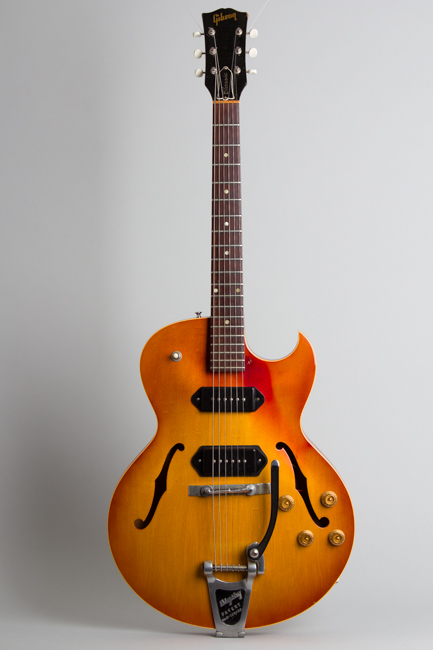 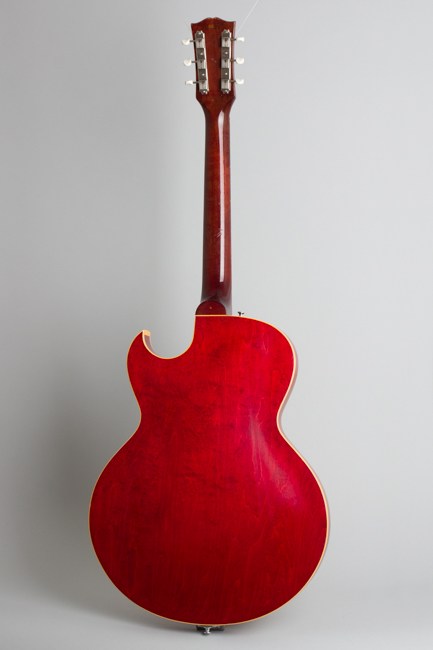 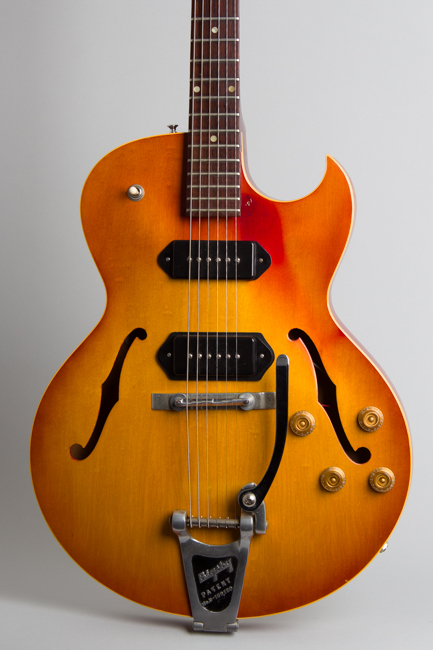 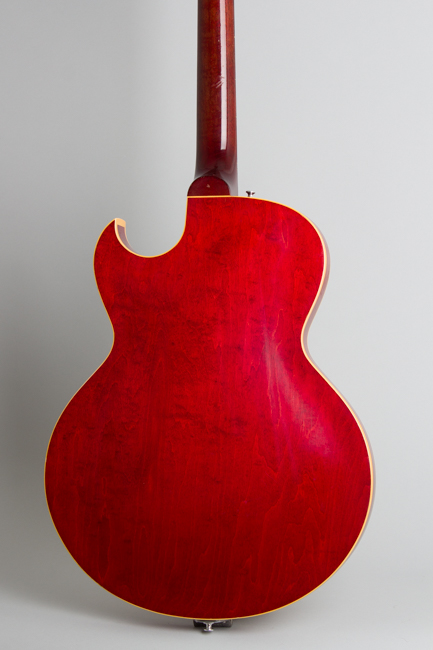 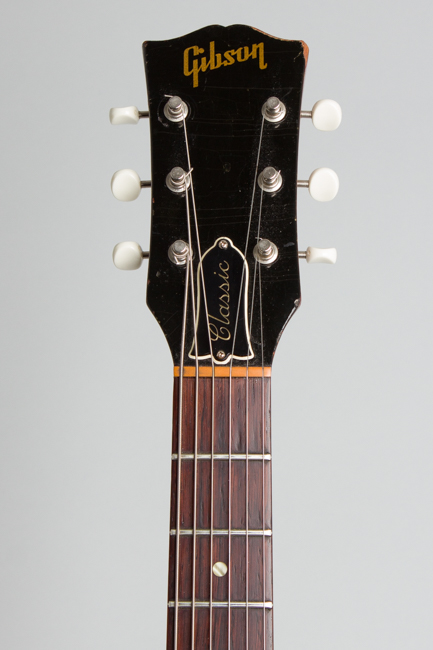 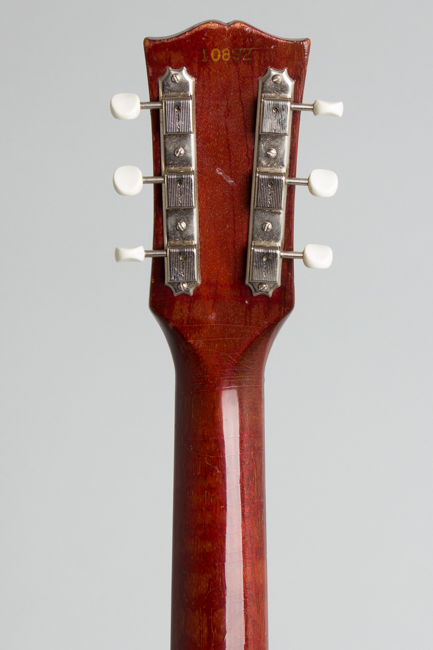 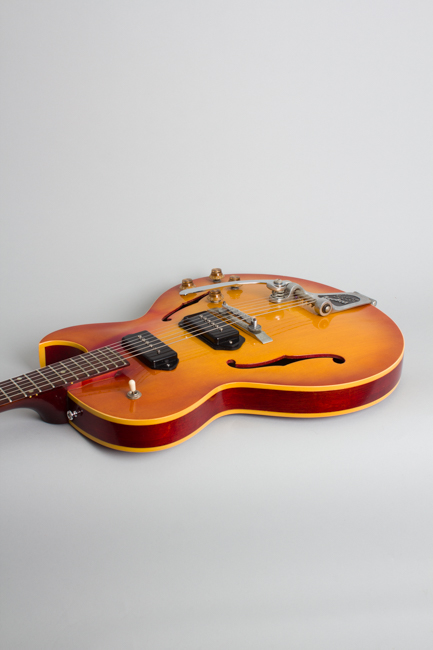 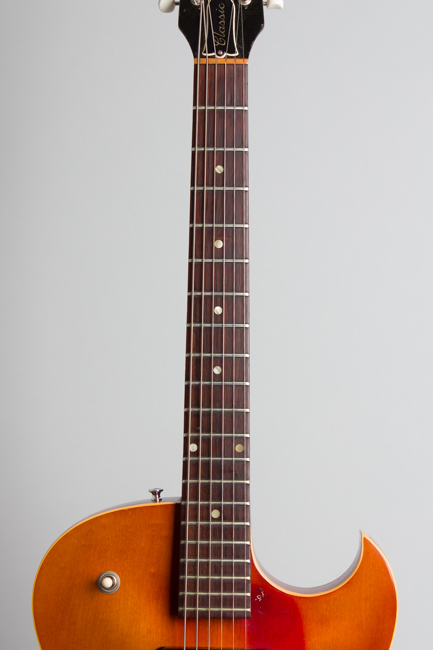 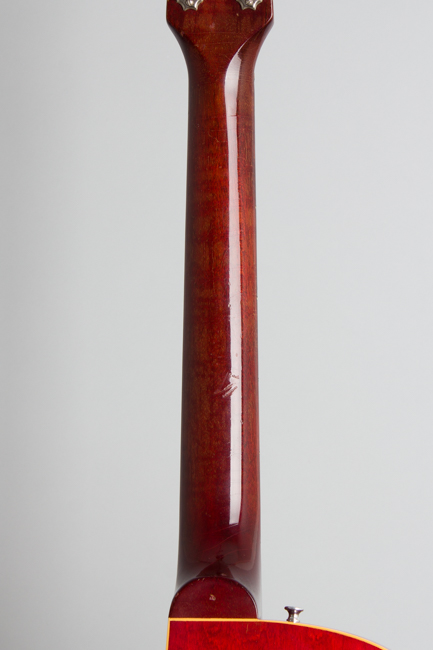 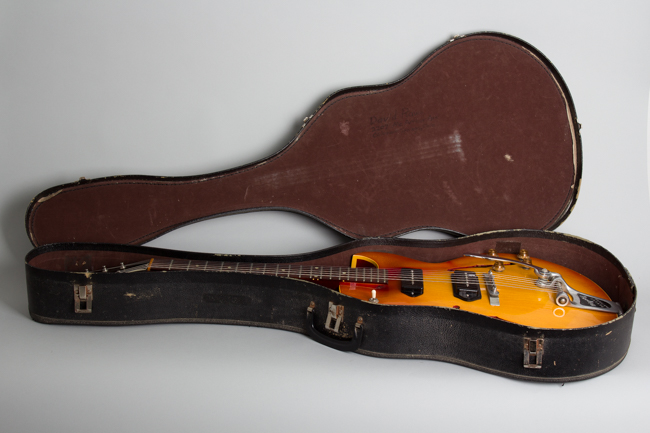 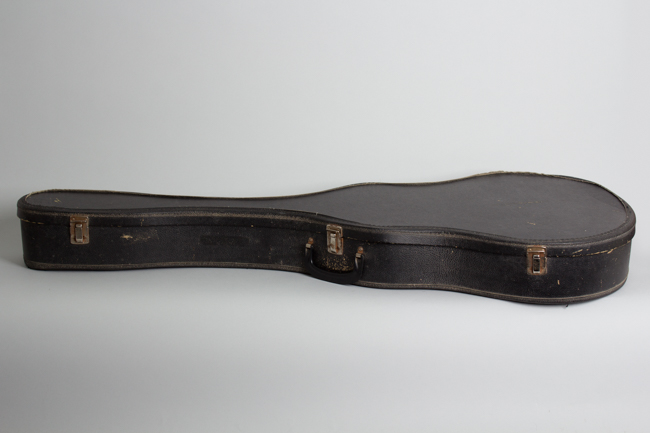 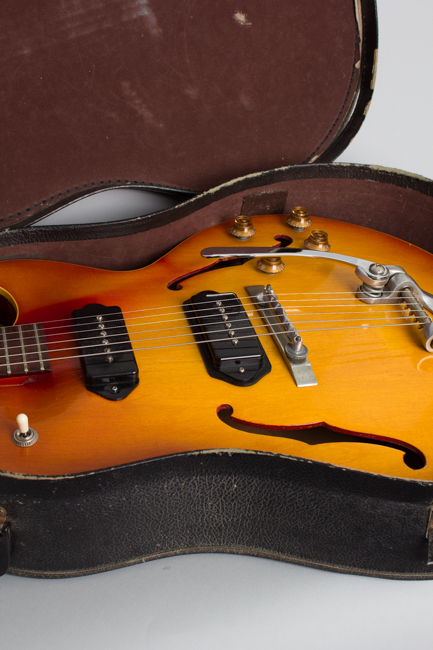 This is a good player's example of an early 1960s ES-125TDC, one of Gibson's less flashy 1950-60s archtop guitars. Virtually none of the hardware is original, but it is still an attractive and fine playing guitar with that great early-60s feel. This instrument dates to the first part of 1961, with an early 5-digit serial number impressed on the back of the headstock in the new series just introduced that year.

The ES-125TDC offers the full twin-pickup Gibson P-90 experience on a fully hollow, thinline single-cutaway F-hole body. It is essentially the same as the 1950s ES-225TD with a more conventional bridge layout. This model was cataloged as a low/midline electric and sold well for much of the 1960s with 512 shipped out of Kalamazoo this second year of production. It is a slim and handy hollowbody electric guitar with a then-new brighter cherry sunburst finish top on the cherry finished laminated maple body .

The layout and hardware are typical for the period, but again all nearly all fittings are modern replacements. The two black plastic covered P-90 pickups are recent vintage of unknown origin as are the gold knobs, switch and wiring rig. The Kluson style tuners are also modern repros, the truss rod cover is a Gibson part with "classic" written in gold script, intended for a Les Paul variants.

This ES-125TDC is set up with an older genuine Bigsby tailpiece and bridge with a modern compensated aluminum saddle. It has the slim and fairly flat profile neck typical of 1960-61, far less chunky than earlier 1950s necks. This is a very good player, a nice roots-oriented machine for a variety of styles (mostly associated with George Thorogood) and restorable or open to further mods or upgrades as desired.

Discounting for the moment the non-original hardware this is a nice, fairly clean and structurally excellent original guitar overall. The unaltered original finish shows some typical checking with scuffing, dings, dents and chips but no major loss. The headstock face has some dings with a noticeable chip off the top front edge. There are some marks to the back of the neck but except for a couple of deeper scrapes behind the 7th fret nothing too heavy. The cherry color in the sunburst has faded on the top, which is particularly noticeable where the pickguard used to be.

All the hardware fitted is the correct style and fully functional but basically none is period original. Additionally there is no pickguard and a Gibson style strap button has been added on the upper bout. The frets appear original without much wear and play fine, the nut has been replaced. The Bigsby tailpiece is period, or just a bit later but not a modern issue. The guitar is an excellent player generally, with a full P-90 tone; it would be a prime candidate to upgrade with boutique modern P-90 pickups, of which an enormous selection is currently available. Taken as it stands this is a very light and handy 1960s Gibson hollow-body, a truly fine player despite the hardware degradations and an excellent gigging guitar ripe for some love as is or upgraded. Overall Very Good + Condition.
×