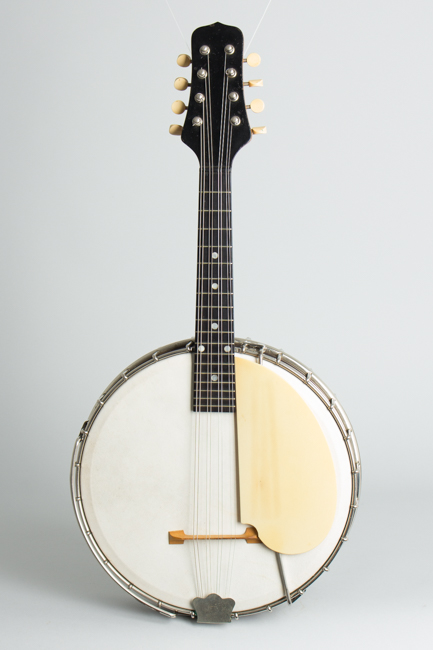 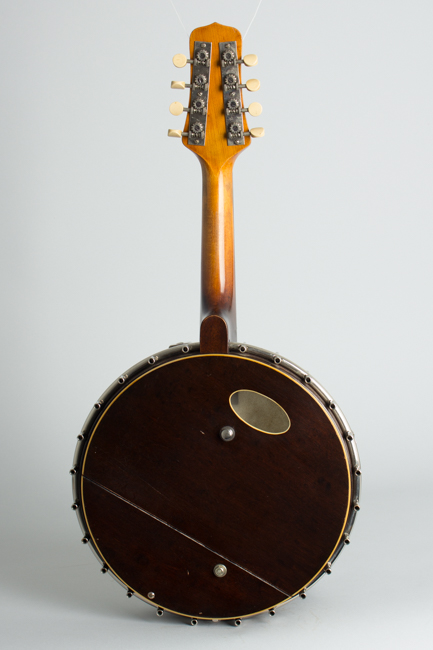 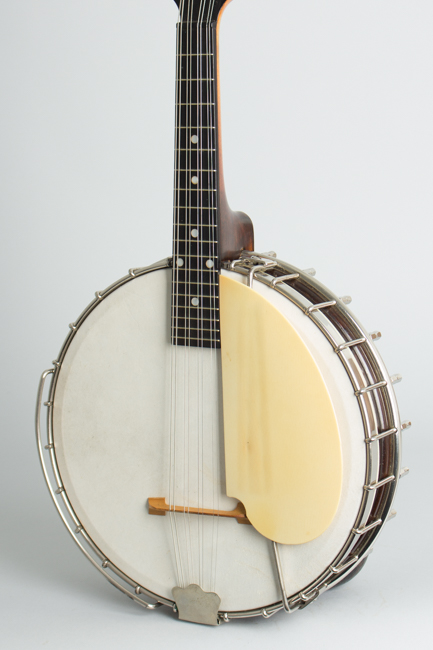 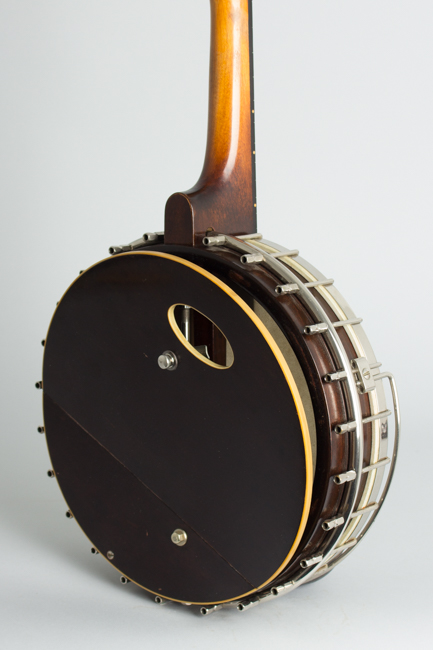 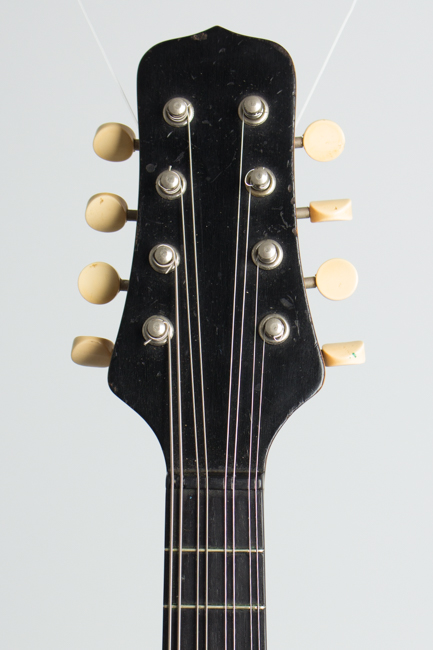 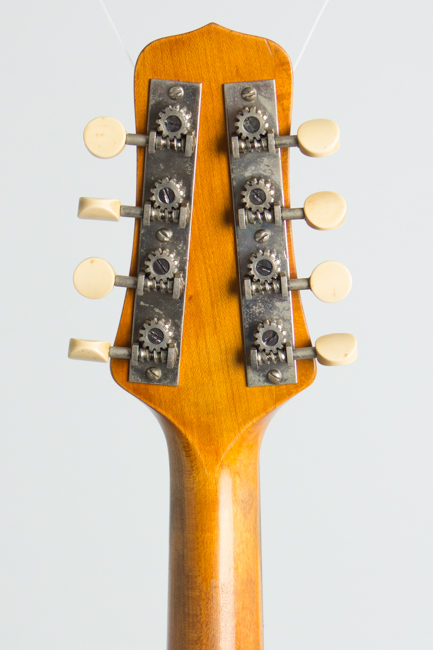 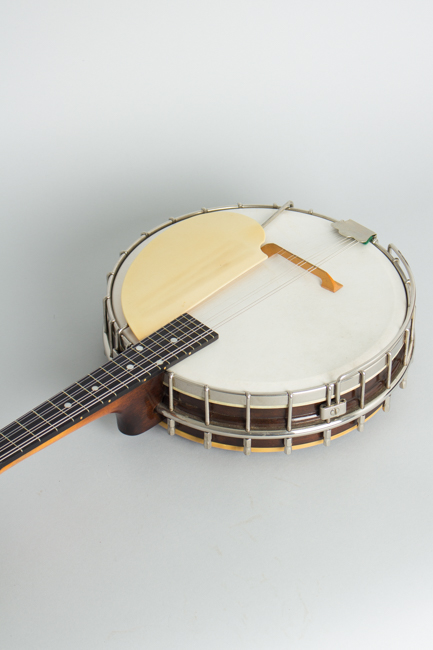 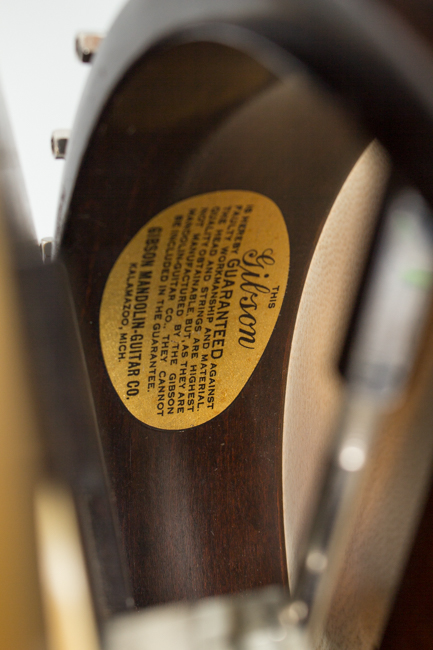 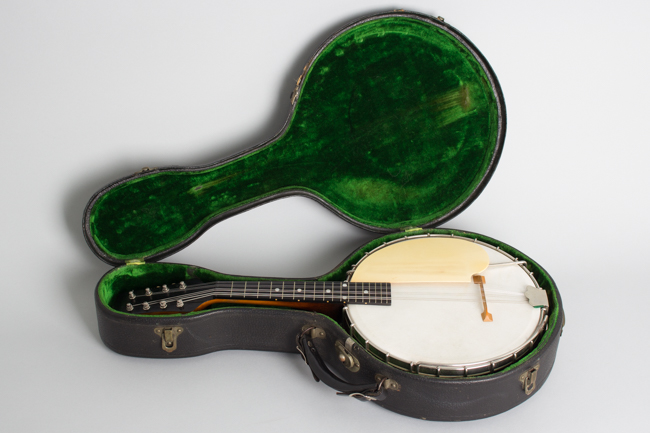 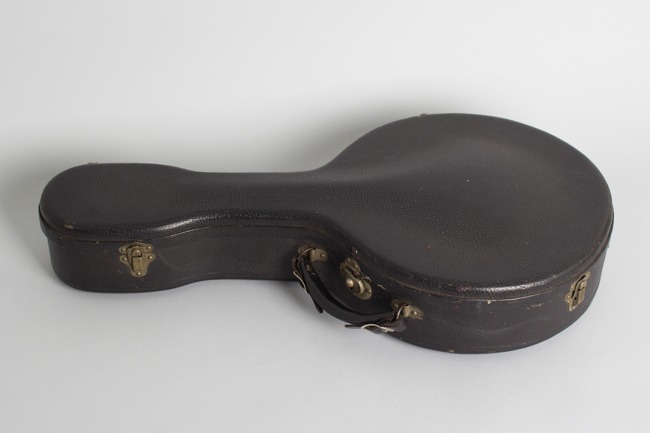 Here's a "Loar" that won't break the bank -- a 1923 early Mastertone-era Model MB-1 Mandolin Banjo. The "trap door" banjos from this period are lovely instruments, though not something Gibson would be much remembered for. They have the feel of having been designed by and for mandolin players -- as indeed they were. This 8-string banjo was a natural double for anyone already studying the mandolin, and Gibson no doubt entertained the concept of selling one of these to every student in their teacher-agent network who had already shelled out for a mandolin. While never particularly popular among banjo players, these early 1920s Gibsons are beautifully built instruments with an attractive nouveau aesthetic all their own.

The MB-1 was a fairly low grade banjo but it still has some of the era's new professional features: the "trap door" resonator and the new coordinator rod to adjust neck angle. The hook/nut bearing tube used on this banjo would become half of the "tube and plate" flange system when the "plate" flange was added in 1925. This banjo is one of the earliest to feature Gibson's single co-coordinator rod; this novel and very useful piece of hardware is here mounted directly below a traditional wooden dowel.

The rim of this early style MB is solid maple but has no tone ring; Lloyd Loar's "ball bearing" system was used on the higher grade styles. It does feature the unique "trap door" resonator system, a hinged plate on the back that can be opened or closed to make the tone louder or softer, increasing the "banjo piquancy" in Gibson's language! It still has its original two-footed maple bridge and also some nifty optional original extras offered at the time: a wire armrest and suspended ivoroid pickguard, and it comes in the lovely original hard case.

While the mandolin banjo is to many players an acquired taste, this is a handy little player. With no metal tone ring, the sound is sweeter and a bit mellower than many banjo mandolins, suitable for ragtime or jugband styles and a neat double for the mandolinist -- just as Gibson intended.

This nearly 100 year old instrument remains all original with just some minor wear, mostly small dings and scrapes to the finish. The frets show some divoting in the lower positions, but it still plays well. It is set up with a skin head and includes the optional original grained ivoroid pickguard and wire armrest, and a nice OHSC. Excellent Condition.
×