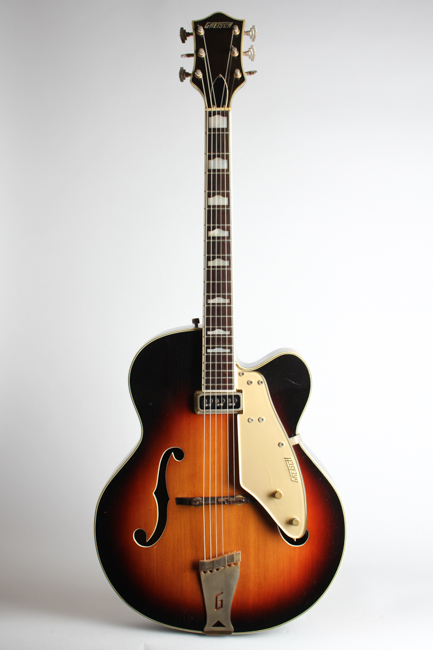 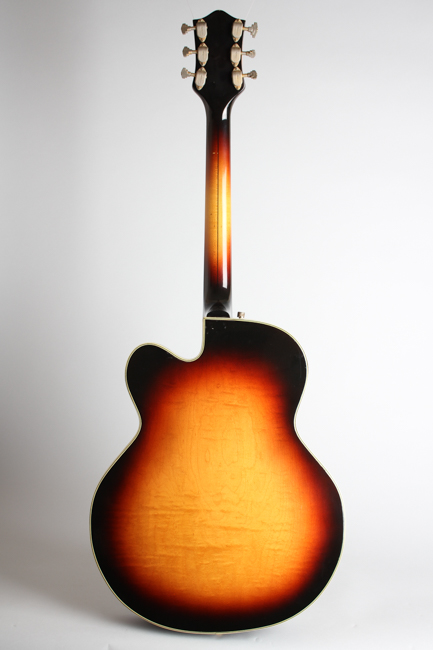 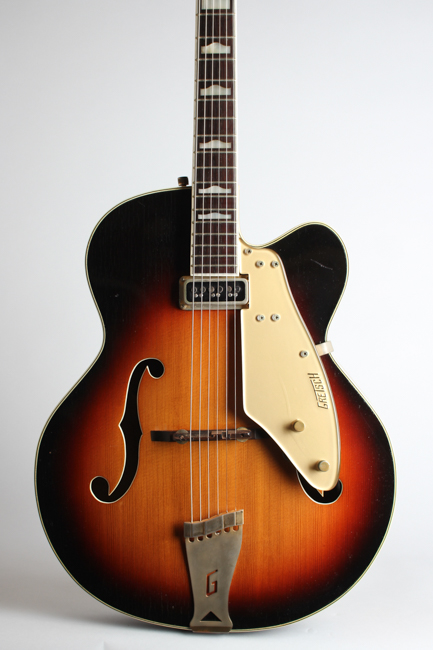 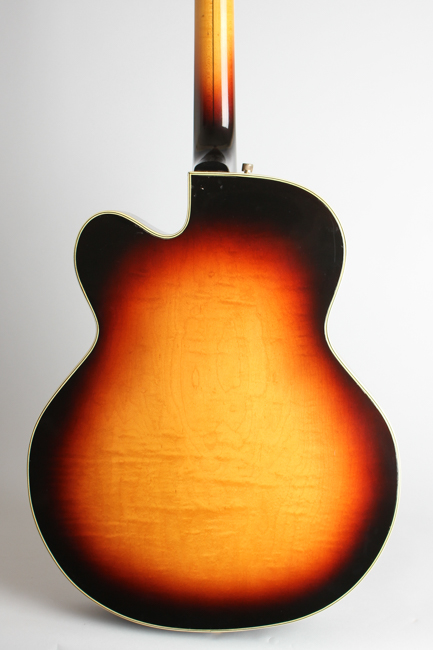 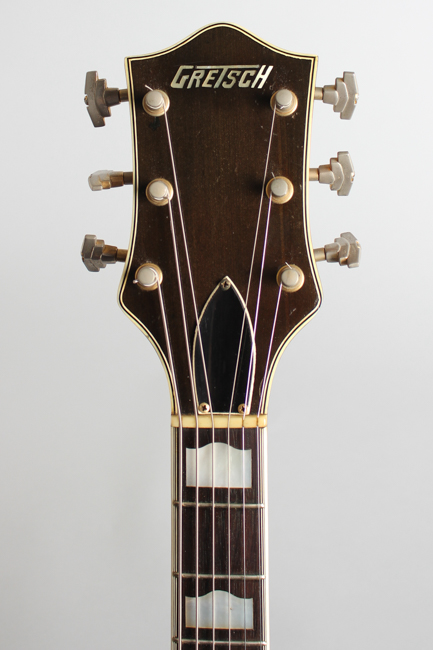 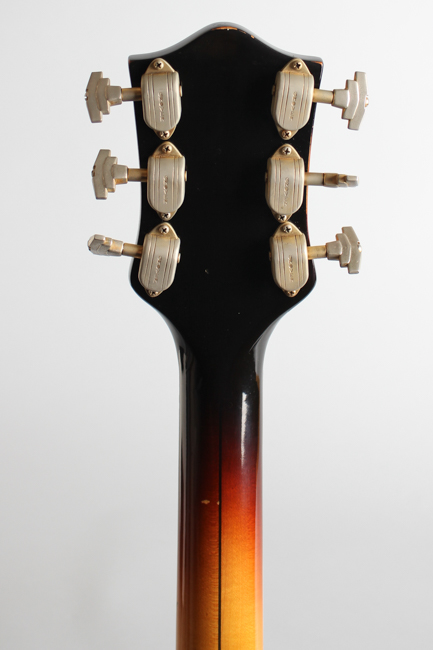 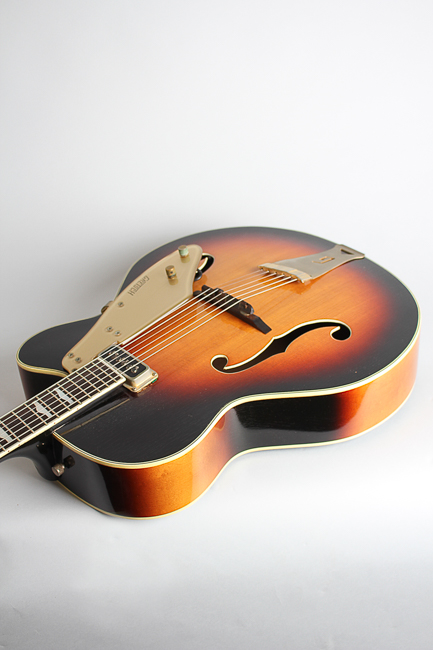 Here is a very rare and superb Gretsch guitar, a lovely example of a mostly forgotten high-end 1950s model. The 6199 convertible was the Brooklyn boys' answer to the problem of how to electrify a large-body archtop while retaining a major proportion of its acoustic response. As always with Gretsch, the instrument is unique, slightly skewed from the norm, and full of character!

The PX-6199 Convertible is a 17" full-depth archtop with the DeArmond DynaSonic pickup suspended above the top, along with controls mounted not to the top wood but to the gold Lucite pickguard. While similar in concept to what many jazz players of the time were doing with the DeArmond company's floating pickups, on this instrument it's all a bit counter-intuitive in detail!

The DynaSonic is quite a heavy pickup, designed not to float but to be attached firmly to the instrument. Even though it's suspended here, a large hole was cut in the guitar's top underneath it to clear the long polepieces that extend downwards under the coil. To "convert" it to acoustic, removing the electronics exposes this unsightly not-exactly sound hole!

The 6199 is also not a fully carved guitar, either, so as a purely acoustic instrument it was already a bit challenged compared to the high-end carved top Gibson, Epiphone, and D'Angelico instruments it would presumably be competing against.

Despite this apparent built-in contradiction, the 6199 is a very fine instrument, absolutely in the highest echelon of Gretsch product. These were very a limited production guitar, and the 50-unit serial number batch this one belongs to (158XX) was shared with several acoustic archtops and the White Falcon. It is also the very first batch of the model, and indeed the only one for 1955; it's likely very few were actually produced.

The guitar features a multi-bound top, headstock, and ebony fingerboard with hump-block inlays. The finish is a lovely dark sunburst on all surfaces, which was cataloged as a custom-order feature at the time; the standard finish for the model was two-tone metallic! This guitar is a practically unique version of an already very rare model -- there were likely only a very few sunburst Convertibles ever sold.

While the model was not a popular hit, it did attract popular jazz player and Gretsch endorser Sal Salvador and by 1959 was renamed as his signature model. It still remained a very seldom seen guitar, while the success of the contemporary Chet Atkins models made the company's reputation.

While not a well-known Gretsch, the 6199 is a very cool and imposing guitar; one of the nicest '50s Gretsch guitars we have had, now back home in Brooklyn!

This guitar is in remarkably fine original condition, with none of the issues that often plague the Gretsch guitars of this period. All the hardware is original and complete, with just some typical plating loss to the gold. The binding shows no signs of distress besides a little fine checking here and there, and there is minimal shrinkage and no crumbling anywhere. The finish has checking mostly to the top area and small dings and dents, but no losses except miniscule chips.

The neck was reset at some point; there is evidence of a dowel in the center of the heel, which would indicate this was originally done at the Gretsch factory in the late '50s. This was fairly common, as many of the instruments built earlier in the decade were later returned for this service. The strip of binding on the inside heel looks to have been replaced some time ago.

The frets are original with very little wear and the guitar plays very well and sounds positively great, with the unusual combination of a floating DynaSonic pickup over a spruce top giving it a unique sonic character. A spectacular example of an extremely rare and classy Gretsch guitar, complete with a functional if well-worn original 1955 tweed case. Excellent - Condition.
×