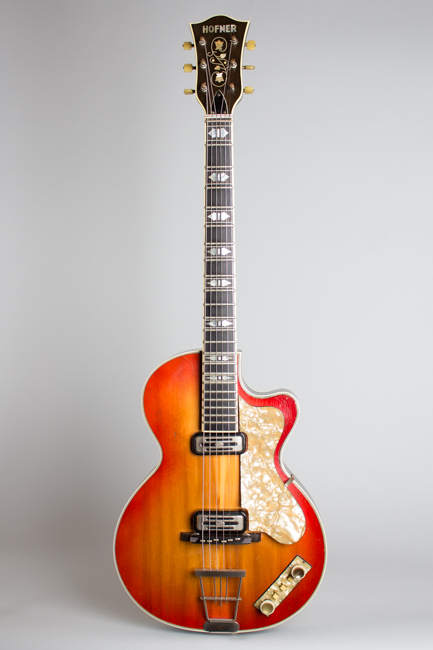 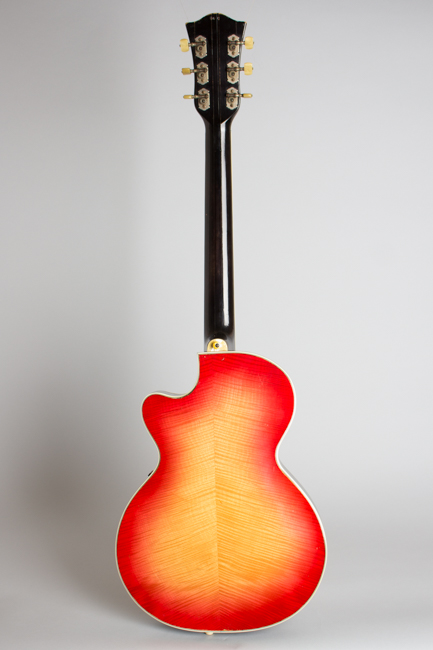 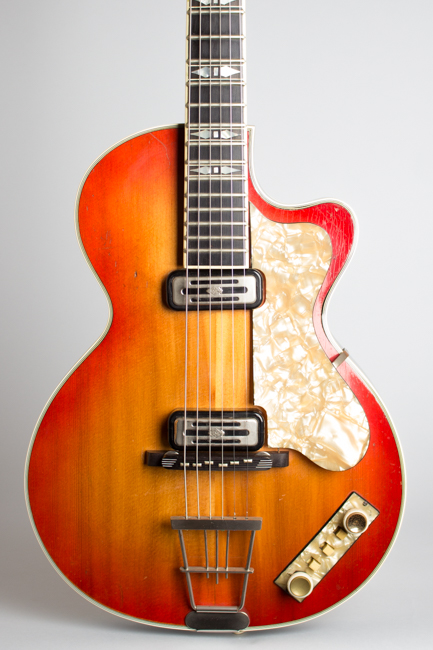 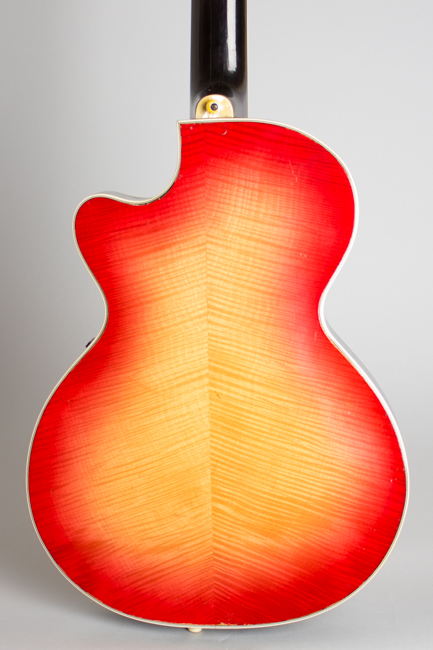 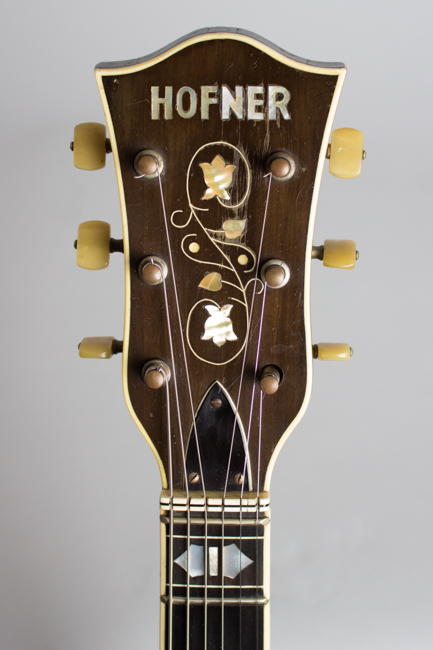 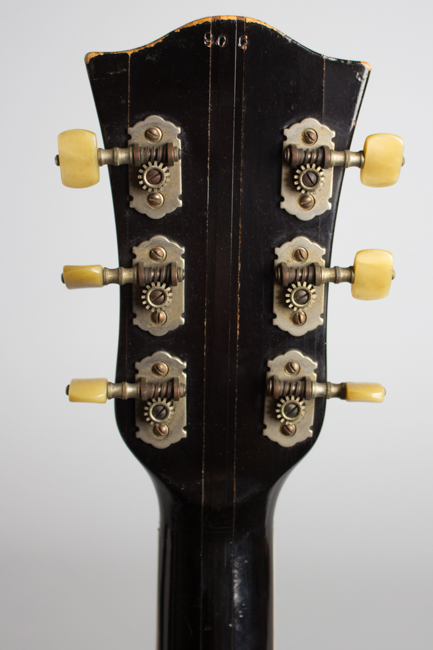 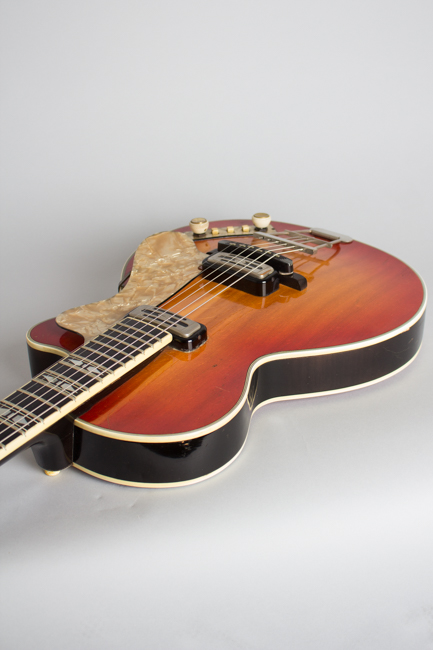 The extra-fancy Club 60 was the top-of-the line version of one of the Hofner company's most original creations, the Club series electrics. These were a line of small-body slimline arch-tops with no f-holes, available in Europe and the UK in the late '50s and early '60s. The Club 60 was a later addition to the line and debuted in 1958; it was adorned with upgraded features including a fancy pearl inlaid ebony fingerboard, a decorative pearl headstock inlay, multi-bound top and back and a bright cherry sunburst finish.

This particular Club 60 dates to 1960, with the new-that-year first iteration of Hofner's metal-covered pickups and 2-knob, 3-switch control panel introduced in 1958. The Club models were among the most popular Beat-group guitars in early 1960s Liverpool and Hamburg; all three Beatle guitarists played the plainer Club 40 model during their early stages as a group. John McNally of the Searchers played a Club 60 on all the group's early recordings, which remain an excellent demonstration of this guitar's capacity as a propulsive rhythm machine.

This original Club 60 is an extremely rare guitar in the US; they were not imported or sold here when new, and examples have been mostly brought over individually by Beat fans in the years since. This is a super cool Hofner classic, in extremely fine playing condition.

Overall length is 38 in. (96.5 cm.), 13 in. (33 cm.) wide at lower bout, and 2 in. (5.1 cm.) in depth, measured at side of rim. Scale length is 24 1/4 in. (616 mm.). Width of nut is 1 5/8 in. (41 mm.). This is a nicely original guitar, showing some play wear but no major damage or repair. All hardware is original and complete including the oft-missing pickguard and bracket. The jack socket is an English fitting as used on many period amps, old but not original to the guitar. There is some glue residue around the neck pickup housing, indicating it was likely glued down at some point. This guitar has either had an exceptionally clean neck set, or is one of the few Hofners that never needed one. The large cut-through-the-binding frets are original, despite their odd appearance.

This club plays great; easily the nicest of this model we have seen, complete with the flimsy-but-cool original Selmer UK tweed hard case. A super treat for the Beat era fan and a great little guitar. Excellent Condition.
×