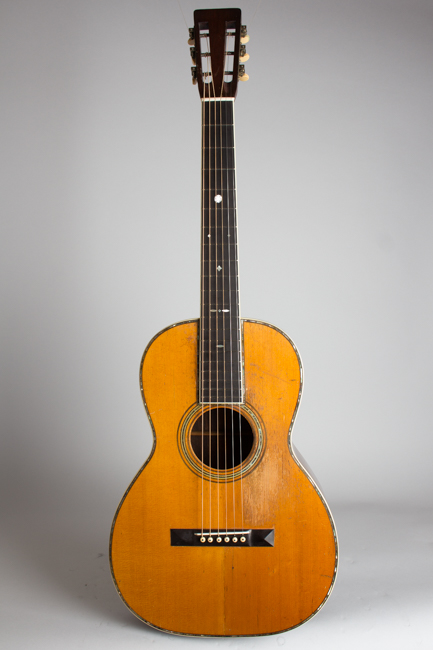 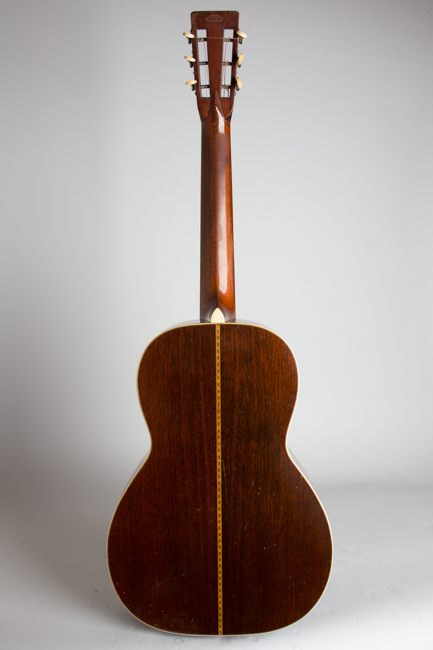 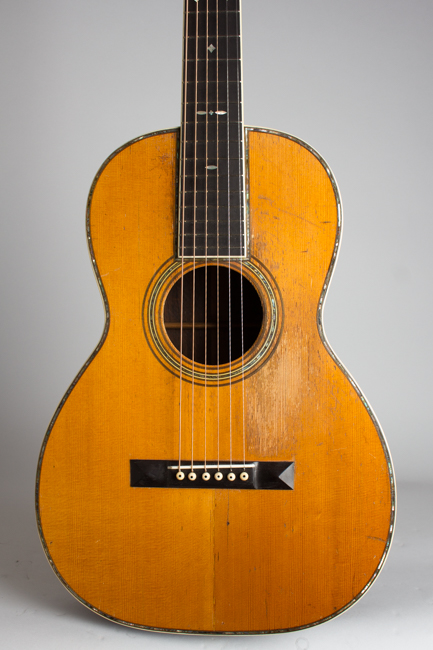 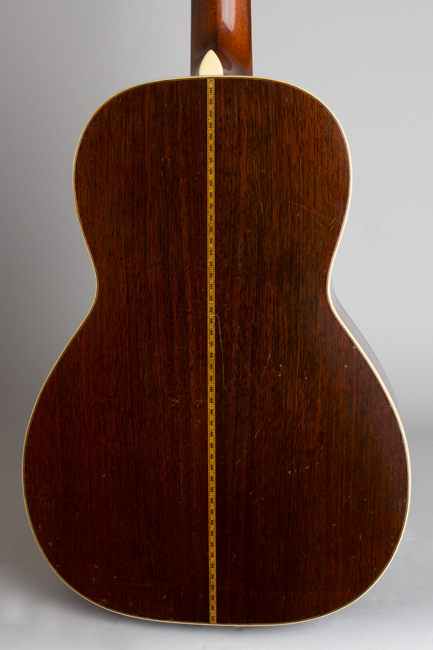 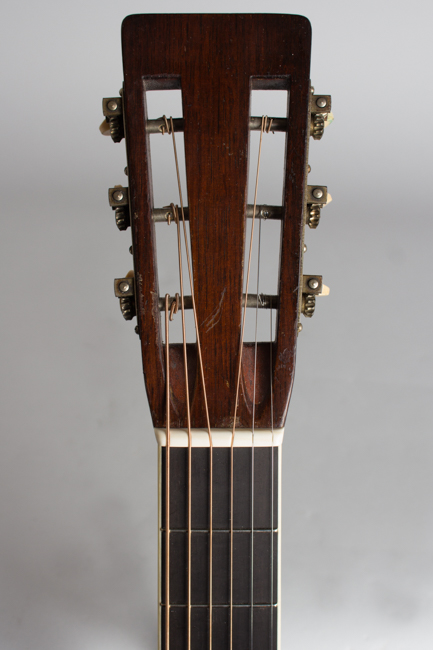 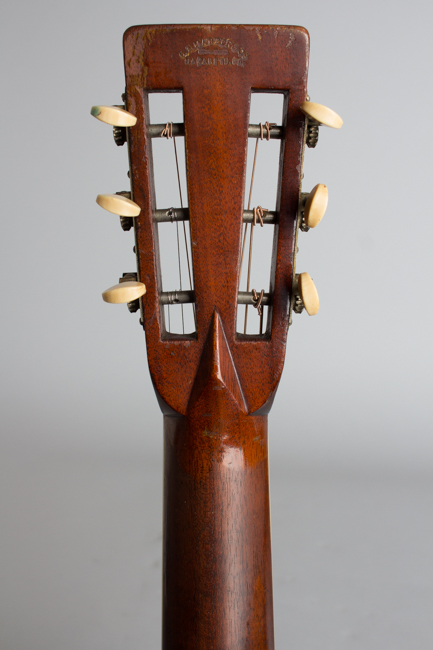 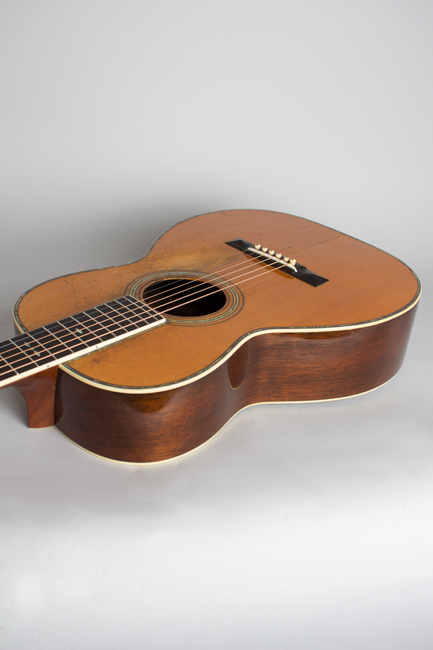 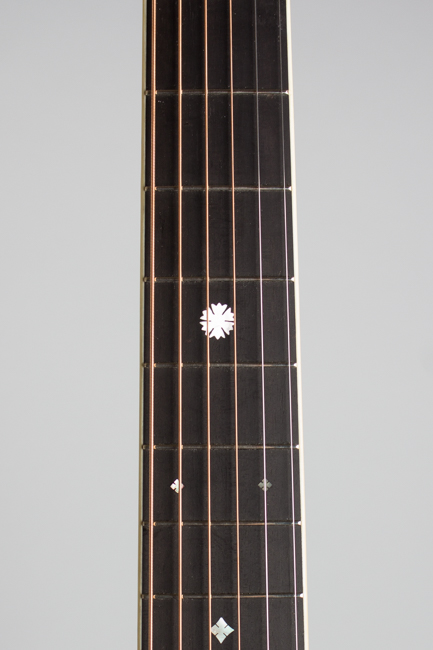 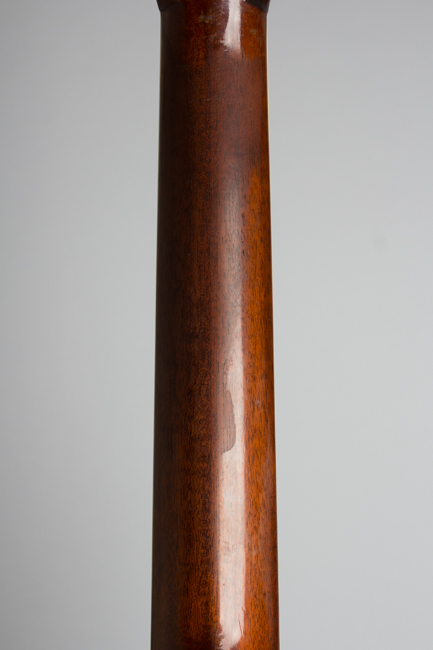 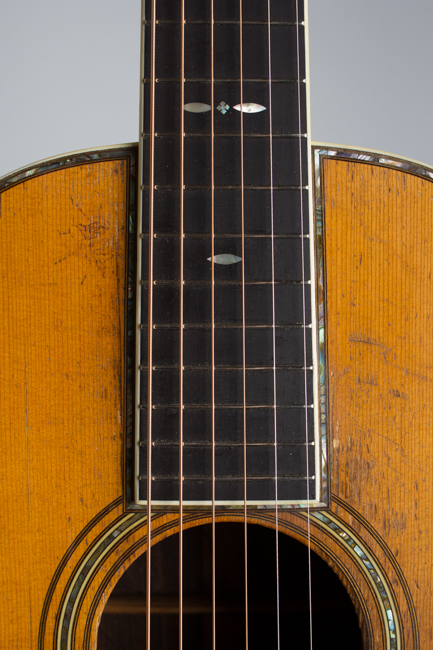 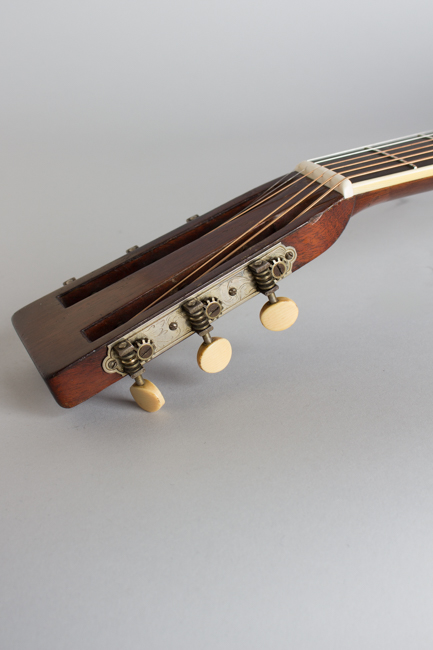 In the pantheon of the world's greatest guitars the pearl-trimmed, 12-fret steel strung Martins of the late 1920s are well-represented, to say the least. In the late 1920s just before Martin altered nearly all their designs to the 14-fret neck "Orchestra Model" pattern, the company crafted a small number of their highest grade Style 42 and 45 instruments braced for steel strings instead of the gut used previously. This 1929 0-42 is one of just 25 made that year, when this lovely pearl of a guitar sold for $105.00, which seems like a bargain even calculated in period money!

The Style 42 was built of the finest materials Martin had available: superb straight-grained Brazilian rosewood, the tightest-grained Appalachian spruce for the top, and extravagant green-and-pinkish hued abalone for the border inlay. The size 0 was by this point the smallest of three models offered at the top quality level, and even though produced in the largest quantity of the three, it is still a very rare guitar.

The pearl-trimmed Martins were never made in large batches, and it would be very unusual for any but the largest dealer to order more than one at a time, or even hold one in stock. Mostly they were built to order, and even in the opulent times of the late 1920s there were not a lot of guitar players that could afford one! This one has seen a lot of use but remains a wonderful playing and sounding instrument, a testament to its builder's skill and reputation and as fine a 12-fret 0-sized model as could be made.

This guitar is in fine playing condition, but well-used with a number of repairs both old and recent. The neck has been neatly reset and the fingerboard is a perfect replica fitted with the correct bar frets and using the original shaped pearl inlay. The original thin scalloped X-bracing on the top has been carefully reglued, with only the single long brace just under the fingerboard extension replaced with a replica brace.

The top shows several old crack repairs behind the bridge, with one long splice on the center seam. There are a couple of small tight grain cracks on the top in the upper bass bout area. The bridge and bridgeplate are original and have been reglued over time; the bridge was lowered just a touch long ago and has a newer saddle.

The guitar shows dents, scrapes, and wear to the finish overall -- most notably to the top under the sound hole -- but remains in nicely original condition with no oversprayed finish or added elements like a pickguard. There is some slight disturbance around the bridge from being reglued, but no large loss or pulled-up spruce. The back of the neck is worn down to the wood over much of its length and feels perfectly played-in. A superb guitar to play, and a wonderful and rare old Martin from the perfect year for the 12-fret top-end guitars. Excellent - Condition.
×