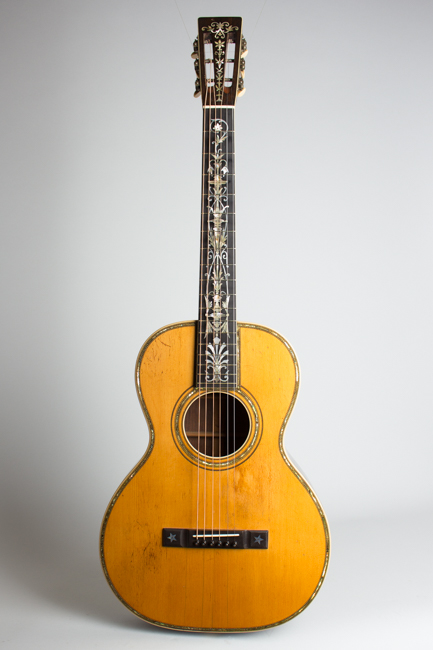 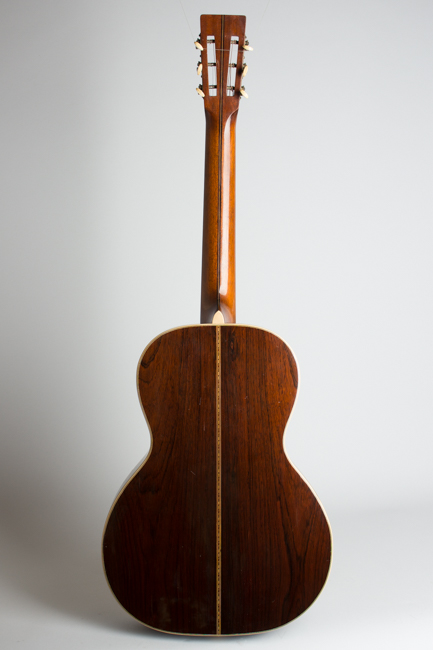 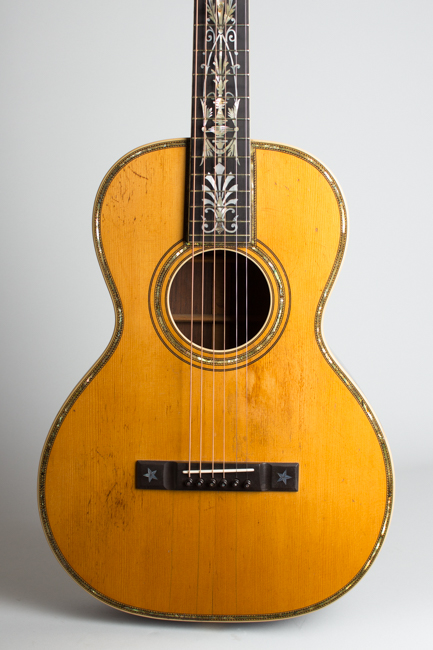 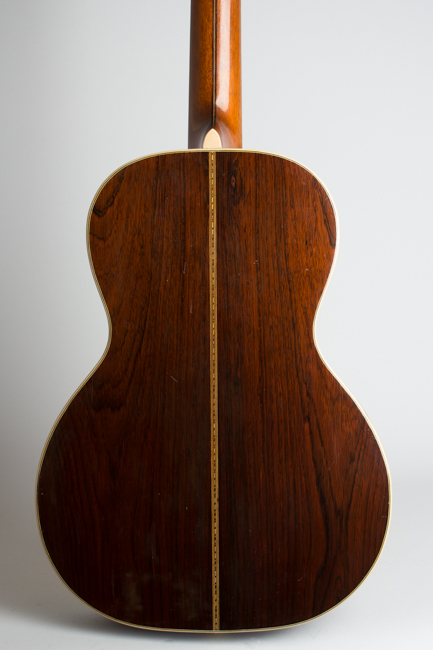 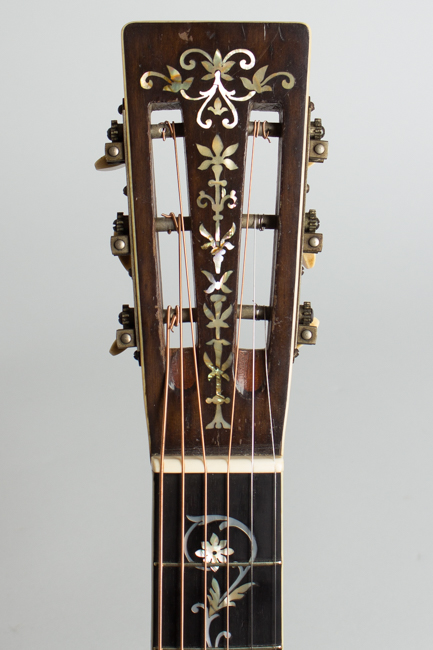 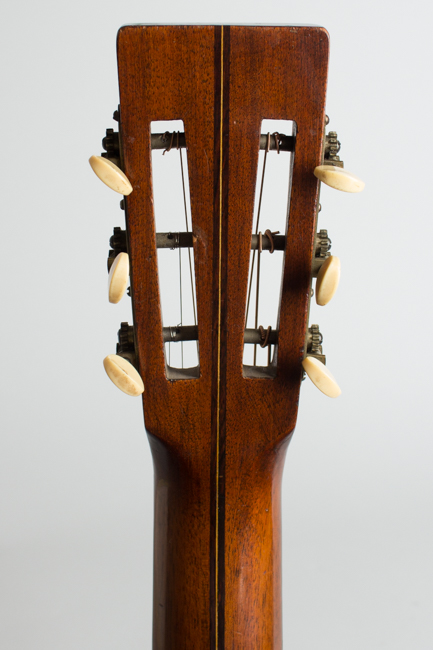 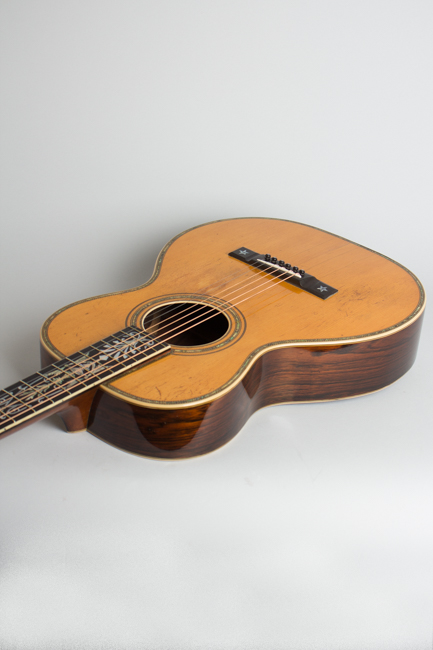 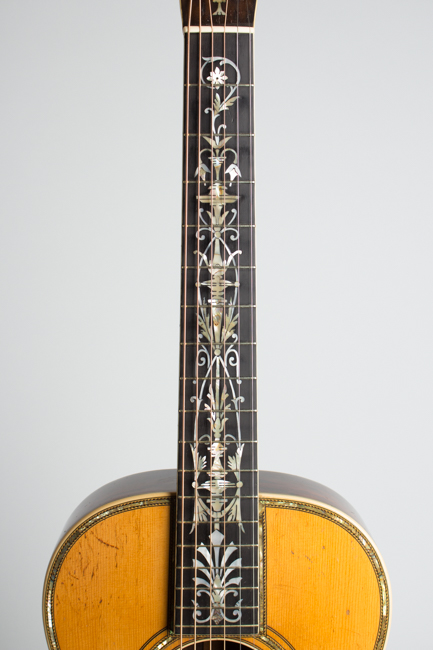 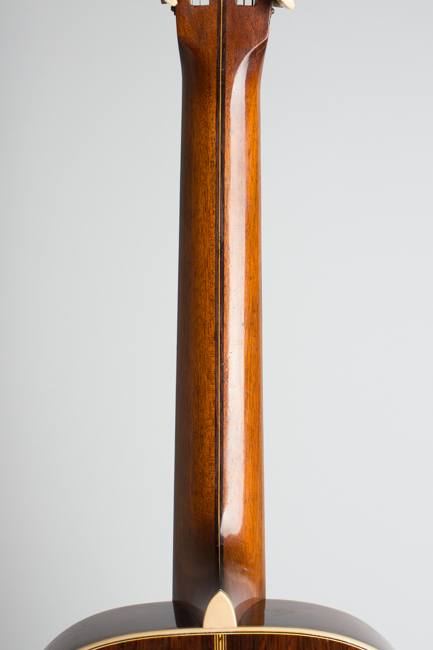 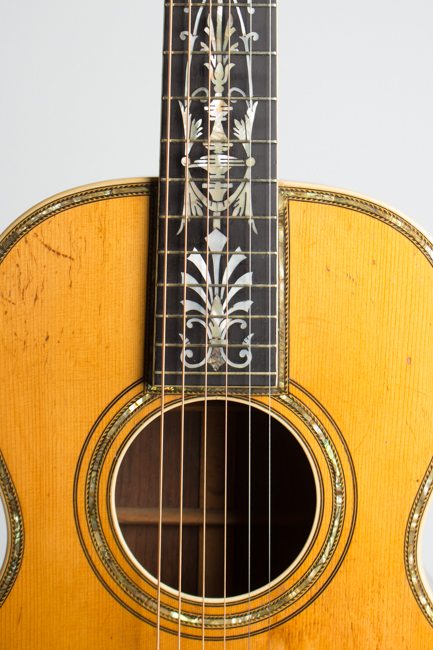 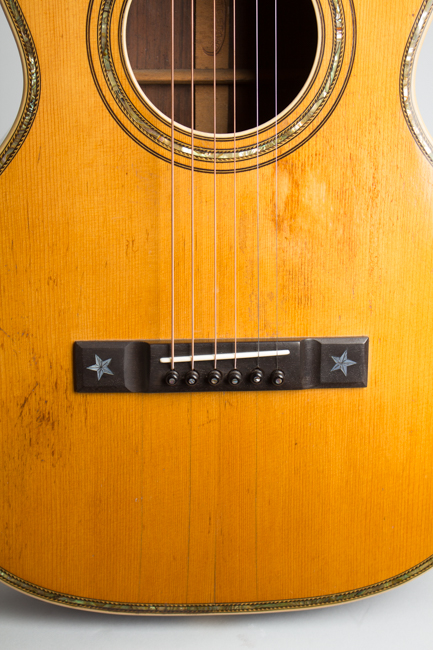 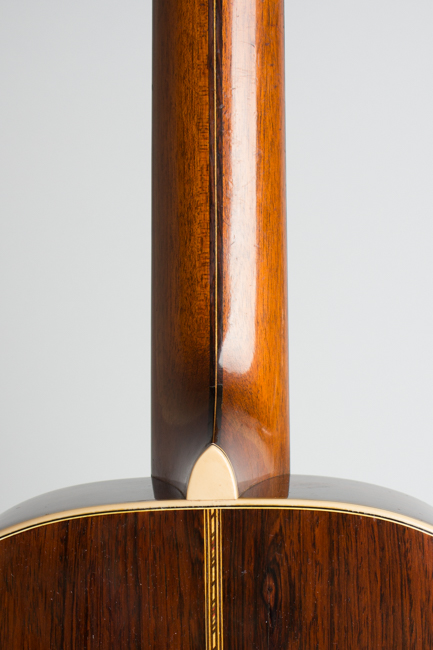 Any discussion of the finest flat-top guitars ever made will soon enough come around to the work of Carl and August Larson. From the very beginning of the 20th century up until WWII, the Larsons' small Chicago workshop turned out a dizzying assortment of exceptionally well-crafted fretted instruments -- guitars, mandolins, the occasional ukulele, and even harp guitars.

The catch is, the Larsons never put their own name on their instruments. Much of their output was contracted to sell under other brands, with guitars labeled "Maurer" sold by themselves. When building instruments to order, the Larsons made what was requested, but always to their own lofty standards.

One of their most prominent resale accounts was William C. Stahl of Milwaukee, a virtuoso mandolin player who had turned to authoring instruction methods. Around 1906 the Larsons began supplying mandolins and guitars to Stahl, who claimed himself as the maker, a deception common in this "patent medicine" era.

Wm. C. Stahl remained one of the Larson's biggest accounts in the 'aught years and 'teens, and they built a steady stream of mandolins and some guitars for him up into the 1930s. If Carl and August seemed reticent to promote themselves, William Stahl was the opposite: garrulous, confident, and endlessly chatty.

Stahl's 1910s ads scoff at "machine-made" instruments, insisting his are strictly "handmade ... reasonable in price and perfect as human hands can make them" and built under his "personal supervision". This would have been quite a trick, as the Larsons were building in Chicago while Stahl's offices were in Milwaukee! While Stahl primarily promoted his mandolin line, he also sold a decent proportion of guitars, including high-end pieces like this one.

This particular instrument is a spectacular example of the brothers' finest work, labeled for Willian Stahl but in every way a top-notch Larson product. Larson instruments have become recognized as both uniquely desirable and historically important in recent years, and the best grade flat-top guitars are the most sought-after pieces. This model was called the "Artist Special" #9 and was the top of the guitar line cataloged by Stahl in the 1910s.

It is an exceptionally beautiful guitar featuring the most deluxe of Larson appointments throughout. The back and sides are very high-grade Brazilian rosewood with a lovely grain figure. The top is very tight-grained spruce, built with the Larson Brothers' patented laminated X-brace system. This is a special feature of this particular guitar as it was often not used on Stahl-brand instruments, many of which have standard non-laminated braces.

The top edge is bordered with a wide beveled celluloid strip, two half-herringbone bands, and gleaming abalone inlay around the circumference, the fingerboard extension, and the sound hole rim. The bridge is ebony with an engraved pearl star inlaid on each end.

The neck is laminated mahogany with ebony and maple center strips and features a rounder profile than most period necks, giving a surprisingly modern feel on a nearly century-old guitar. The very thick ebony fingerboard is bound with grained ivoroid and inlaid with a fantastic tree-of-life design in pearl and abalone that spans its entire length. The headstock is overlaid with Brazilian rosewood, bound and inlaid with a delicate pearl floral pattern running down the face. The tuners are Waverly strips with engraved bases and grained ivoroid buttons.

This guitar is in excellent playing condition, but does show some repair work both old and more recent. The neck has been neatly reset, and the bridge is a reproduction of the Larsons' original but with a compensated saddle for more accurate intonation.

The back has had numerous cracks very neatly sealed up and had a very thin coat of padding lacquer applied over it during the process of leveling them. The top has some wear overall with the only added finish being a few spots of touch-up where pickwear scuffed the lacquer below the strings by the bridge. The top also shows several well-sealed grain splits running from the back of the bridge to the back edge.

The bass side of the neck heel shows an old small grain crack, fully sealed long ago and not extending into the center laminate strips. There is a small patch to the side just above the heel where it looks like perhaps a strap button was fitted at some point. The frets remain in very good condition, and the fingerboard shows little wear.

This guitar is an excellent playing instrument and a spectacular example of the Larsons' best work on a smaller body instrument. It excels as a fingerpicking guitar with plenty of volume and all the expected depth and sparkle, but also offers a surprisingly powerful punch when flatpicked. Even considering the range of repairs, this is absolutely one of the finest and most beautiful Larson guitars we have seen in a long time. Excellent - Condition.
×