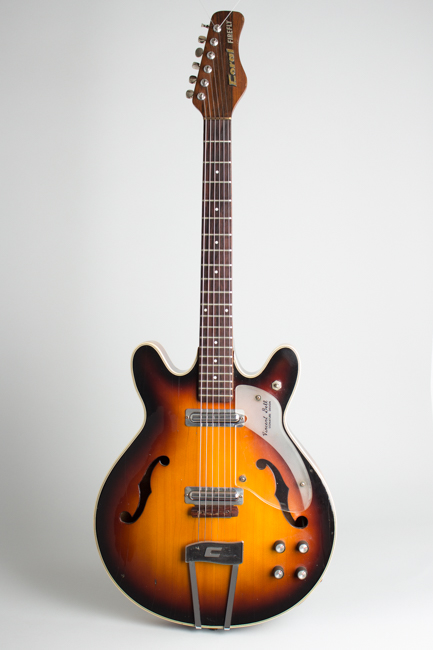 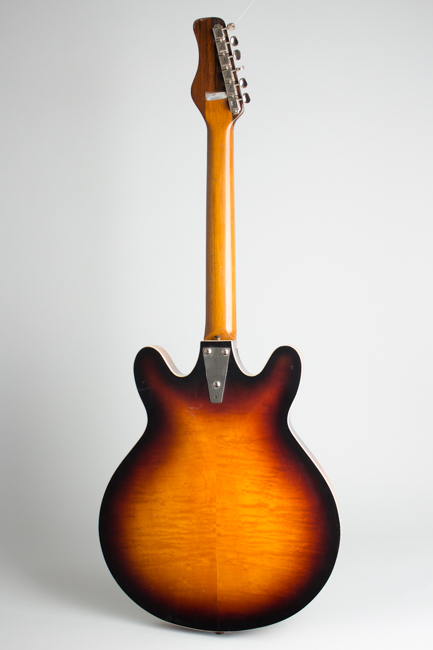 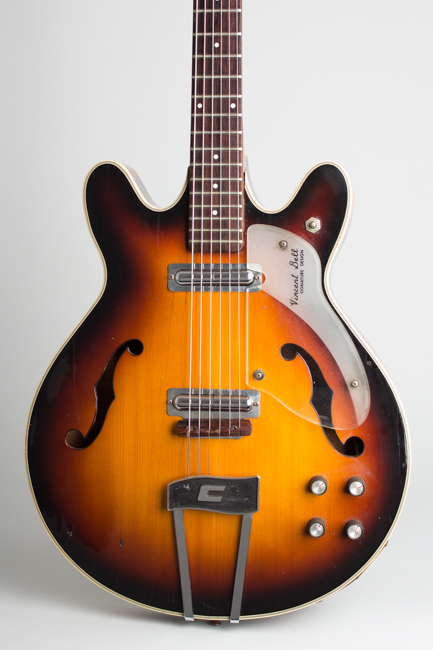 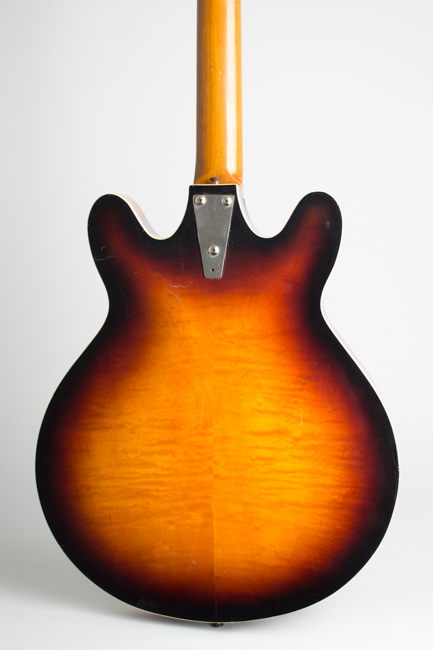 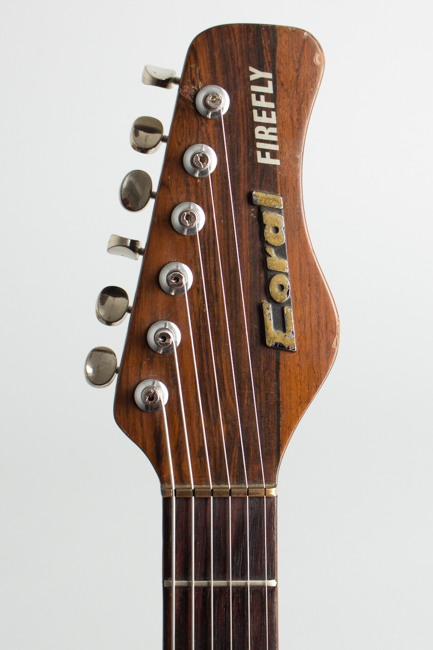 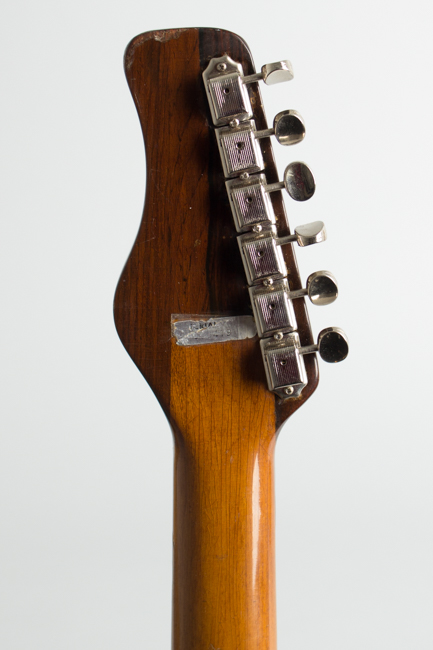 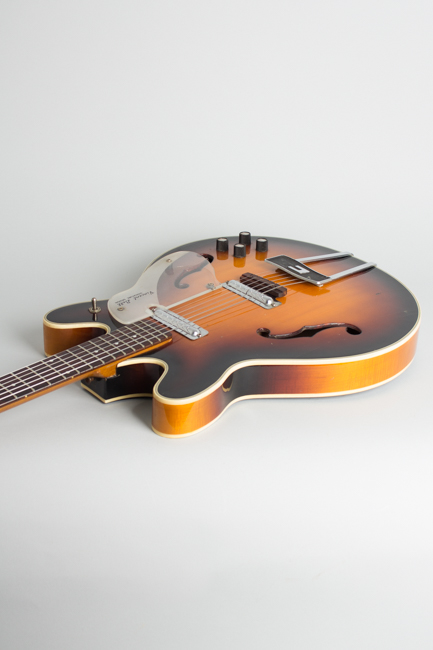 This thinline hollowbody guitar is one of the later Danelectro creations, from the new upscale Coral line launched in 1967. These were intended as fancier -- and pricier -- models than the original Masonite-and-pine Danelectros and were launched in a blaze of publicity in mid-'67. Vincent Bell was credited as the designer, and indeed does appear to have had a lot of input on the series. Bell was one of the top New York session guitarists, heard on literally thousands of recordings. He was also a notable musical inventor and served as Danelectro pro-in-residence in the 1960s, contributing many ideas to the line.

Bell was a very early pioneer of electronic guitar sounds and effects and worked with Nathan Daniel's Danelectro company in Neptune, New Jersey starting in the early 1960s. He is credited with designing many of their more memorable products. These include the Bellzouki (the first 12-string electric guitar) and much of the Coral line, most memorably the Coral Electric Sitar, one of the most distinctive fretted creations of all time.

The hollowbody Coral instruments like this Firefly were built using laminated maple-and-spruce bodies made by Kawai in Japan, multi-bound on the edges and using some nice flame maple veneers on the back. These are mated to bolt-on Danelectro necks and the company's typical electronics. They were offered in a variety of shapes, this Firefly being fairly conventional in the Gibson ES-335 mode.

The headstock is a new-in-'67 single-sided design, adorned with a raised chrome Coral logo and made almost bizarrely from a solid slab of Brazilian rosewood. The two pickups are standard Danelectro "lipstick tube" models, mated to a fairly conventional Gibson-style wiring rig. One oddity is the tone control on the treble pickup acts as a bass roll off instead of the conventional high cut. The elevated pickguard is an oddly half-frosted piece of clear Acrylic with a "Vincent Bell Signature Design" script logo.

This particular Firefly is a fairly early model with the first pattern rosewood bridge; several variations of this component exist. The thinline Firefly is quite handy for a 16" guitar; it balances and handles well -- better than some other Coral hollowbodies like the teardrop models. It is also a good-sounding guitar with the classic Danelectro "lipstick" pickups mated to a more resonant body. While not one of the most distinctive or original instruments to emerge from the company's Neptune factory, it is a fine instrument with its own sound and vibe.

This guitar is in very good condition overall, with some typical light wear, and is all original except for modern repro Kluson tuners replacing the originals. The finish shows checking and has small dings and dents, but no major wear. The serial number sticker on the back of the headstock is fairly well-worn but still legible. The guitar plays well with a nicely versatile sound; a fine example of this fairly obscure Danelectro-made Vincent Bell design. Excellent - Condition.
×