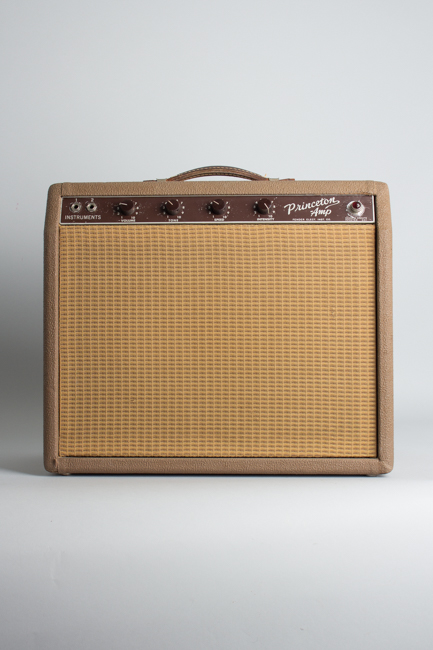 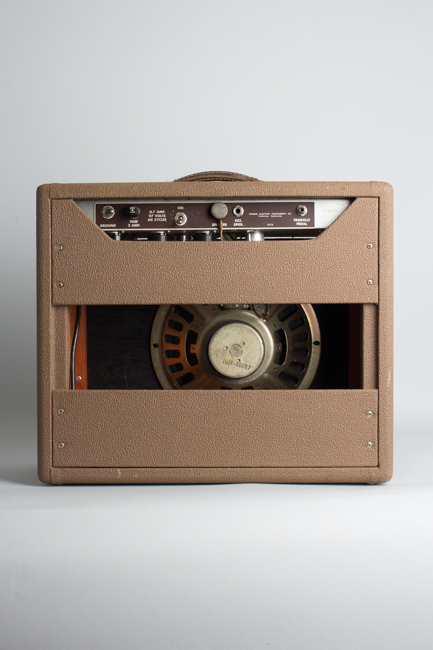 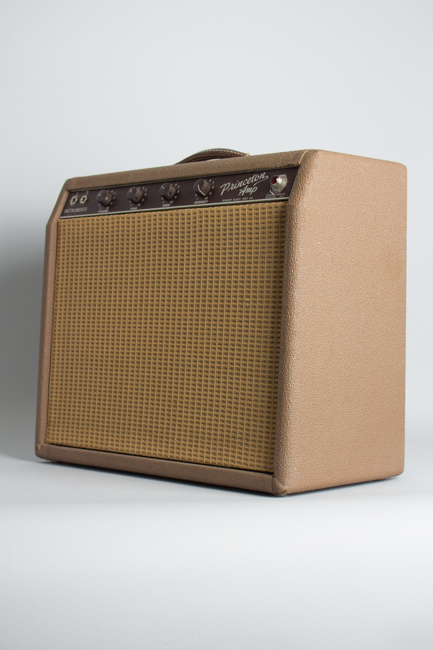 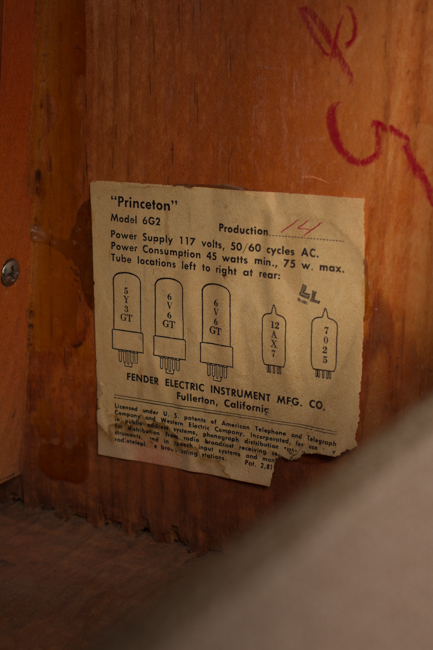 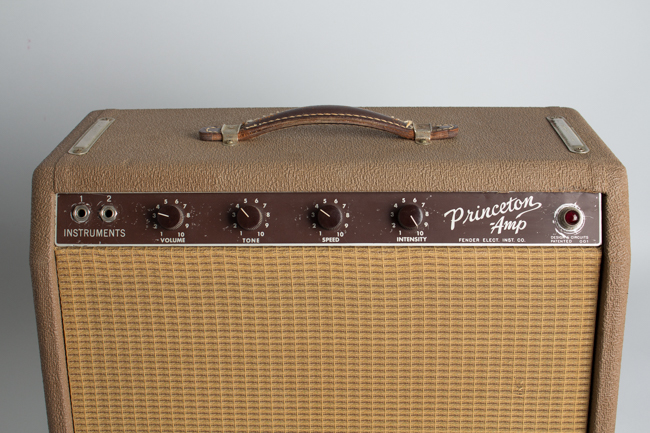 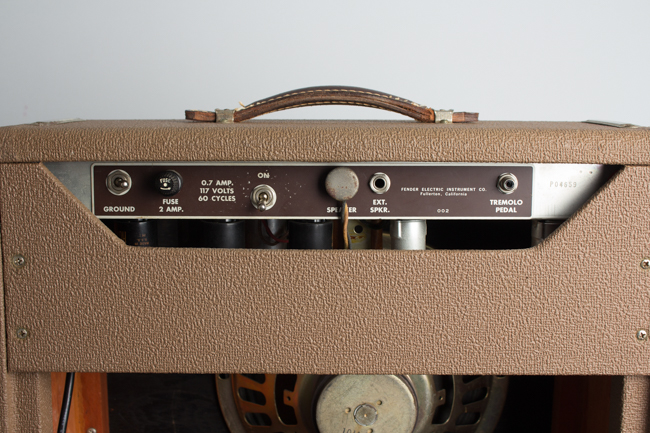 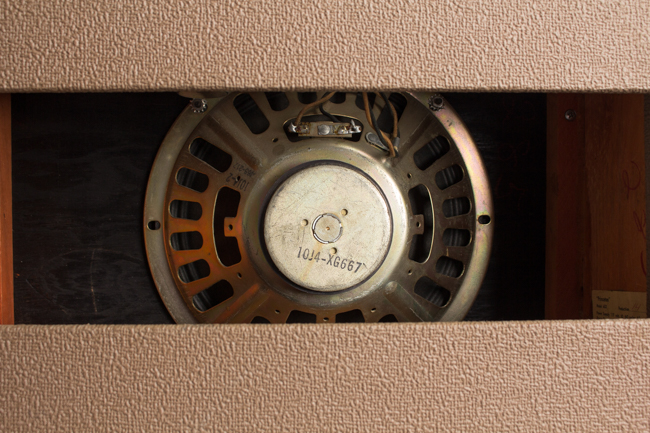 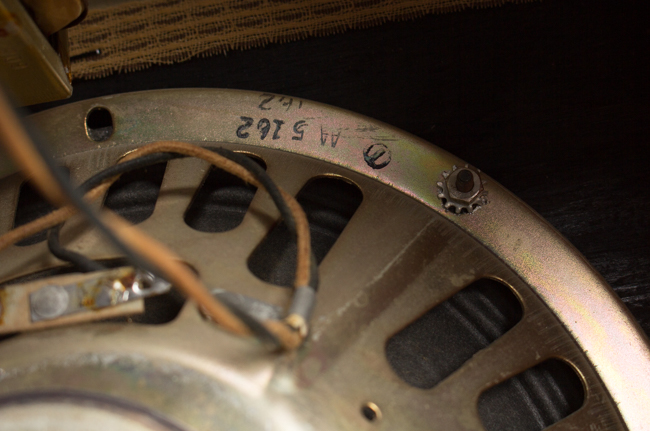 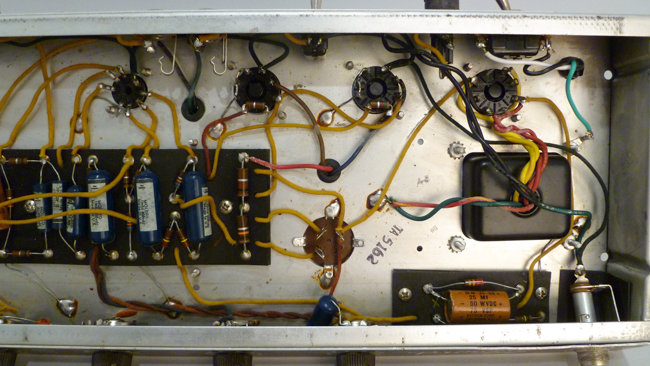 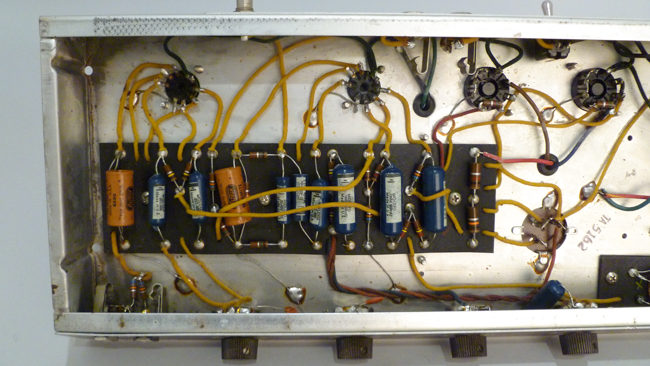 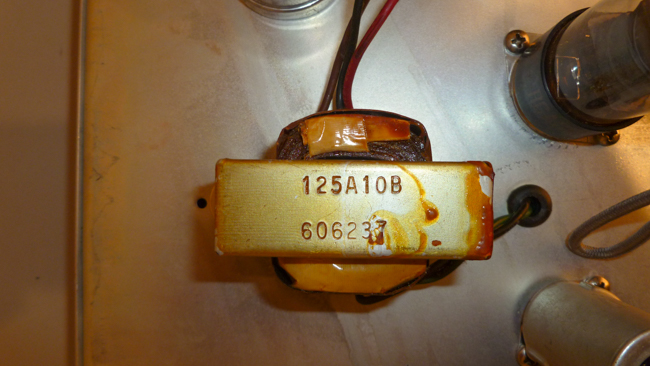 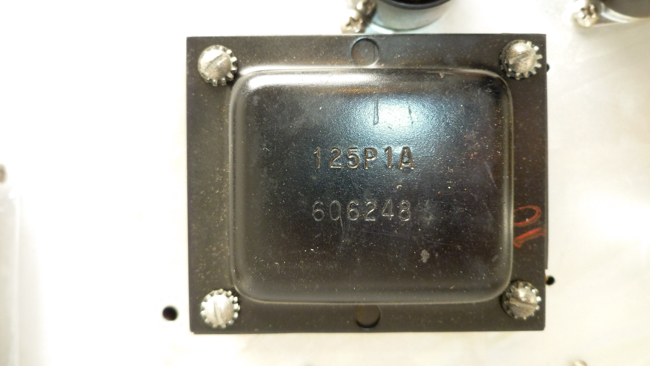 This is a beautiful original example of one of our favorite amps -- the "Brownface" 1962 Fender Princeton. It was actually assembled right at the end of that year; the stamped Tube chart code is "LL", designating assembly in December 1962. The original Oxford speaker is stamped 465-217 (17th week of that year) and the power transformer code is 606-248.

The Princeton's faceplate layout is simple, with two inputs, tone, volume, and trem speed and depth controls. The "brown" line were not in production for too long and are rather rarer than their blackface descendants; they are often considered a connoisseur's choice in a Fender combo.

The re-designed Tolex-covered amps of this period were Fender's completely re-engineered line for the early 1960s, a new standard in power, design, and function. Standing between the earlier rampaging tweed era and the louder or somewhat cleaner blackface amps that followed, the "brown" amps have some of the tonal characteristics of both. The tremolo is lush and deep, and the sound starts breaking up just at the perfect volume point for small gigs and recording purposes. This remains as cool a small amp as was ever made; simple, and to many players in this less-loud age, the perfect combination of tone and portability.

This is a well-preserved, clean amp overall with less work done than most and only fairly minor wear. There is an added grounded 3-prong cord but internally that's about it; the original JFK-era components are still doing the job. Externally there are small scuffs and dings, corrosion to the exposed metal, and light dings to the painted faceplate. The only really notable wear is someone scuffed up the faceplate and surround of the power light in an apparently clumsily overzealous attempt to remove it. The original handle is still intact with some wear; we would recommend replacing it for heavy gigging use, as this is made of now nearly 60-year old leather. Overall this is a great-sounding amp and one of the nicer brown Princetons we have had. Excellent Condition.
×