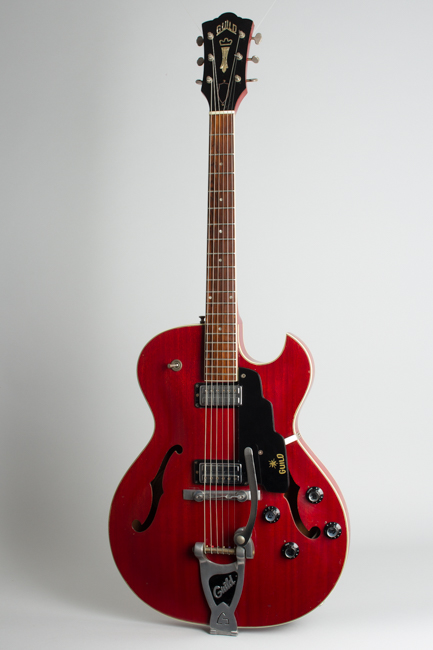 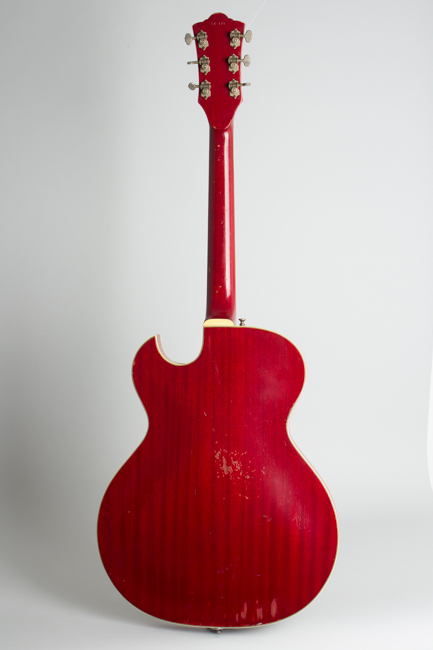 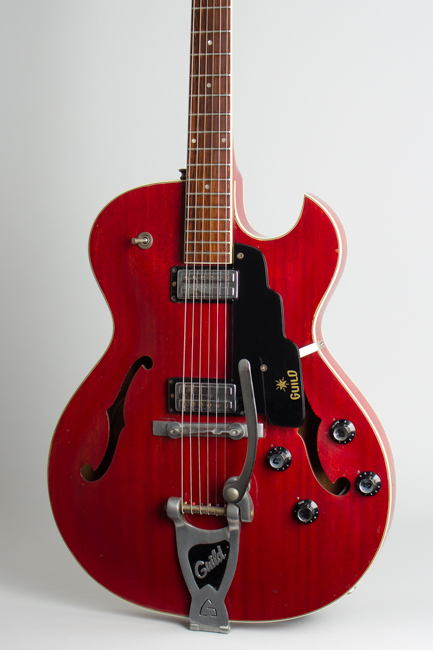 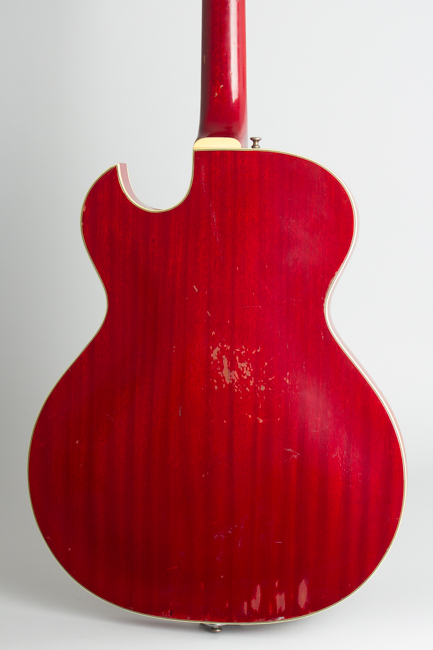 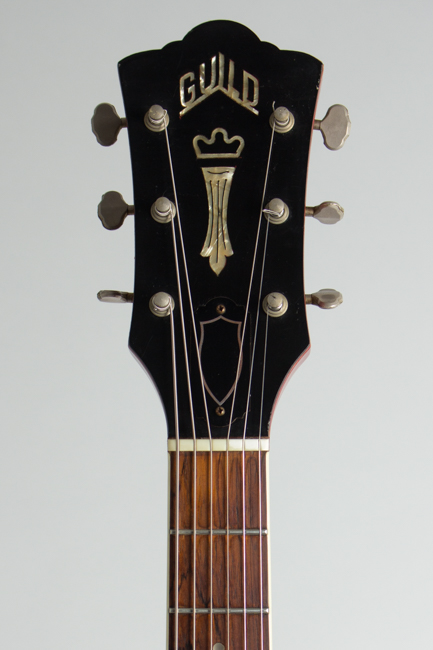 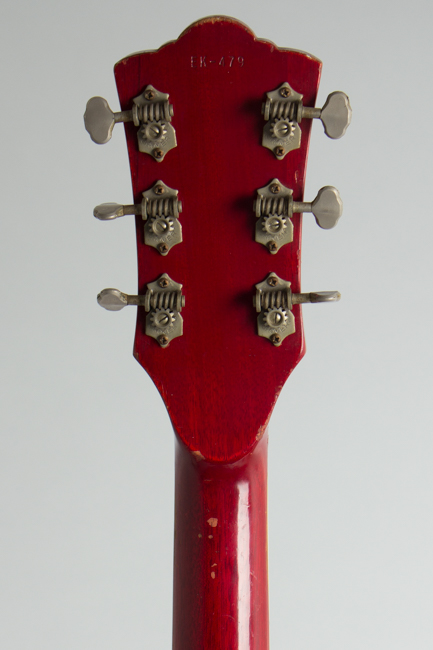 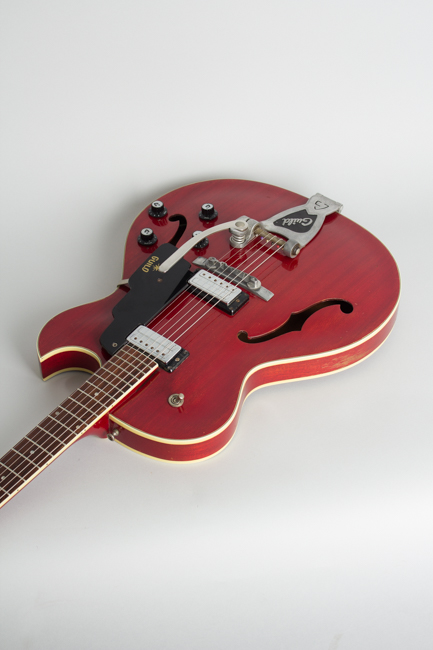 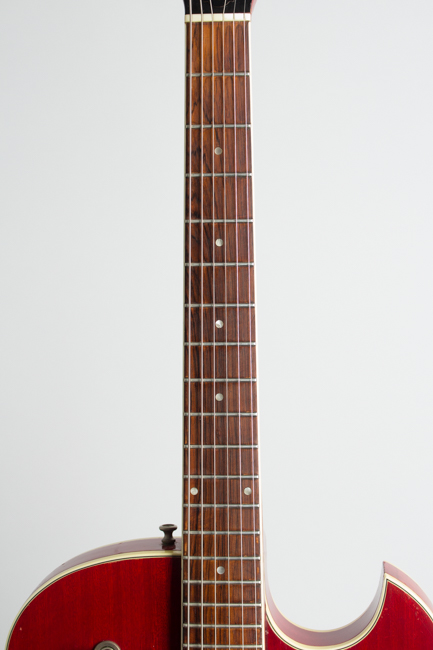 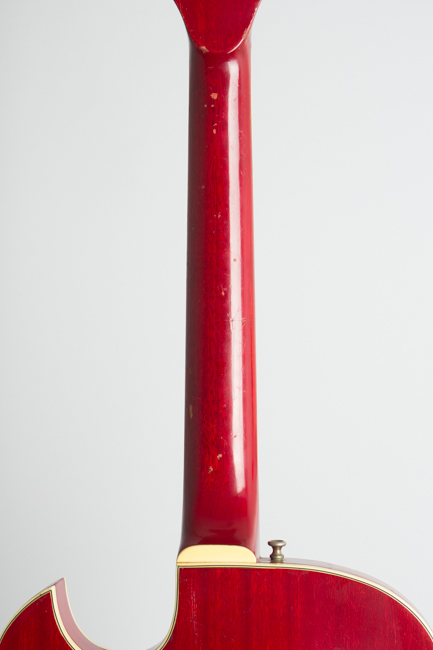 This 1966 Guild Starfire III was the highest-ranked single-cutaway, fully hollow guitar in the very popular Starfire line. This particular example remains original with no repairs or alterations and is in very nice shape overall. The Starfire III is a fully hollow thinline body guitar with a cherry finish, triple-bound top and back, and equipped with Guild's 1960s Humbucking pickups and a Guild-logo Bigsby vibrato. This early 1966 example still has Grover G-98 tuners; later in the year Guild switched to much cheaper Japanese-made machines on these models.

The Starfire III is a great '60s rock and roll guitar from the end of the "Beat Boom" era, and is well-suited to jazzier stylings as well. This model was extensively used by many top mid-1960s groups including the Kinks, Beau Brummels, Music Machine, Dakotas, and many more, and was easily Guild's most popular professional grade electric guitar at the time. The original Starfires represent few of the remaining comparatively affordable original American classics of the period; still a versatile and great-sounding instrument today.

This is a relatively clean and all-original example with just some typical light play wear. The finish shows dings to the top and some belt-buckle wear to the back, but no major loss. The back of the neck has small dings as well. The frets have some wear in the lower positions, but the guitar still plays well. The binding and headstock veneer show only the most minimal shrinkage. A nice package of 1966 goodness including the original Guild-marked HSC. Excellent - Condition.
×