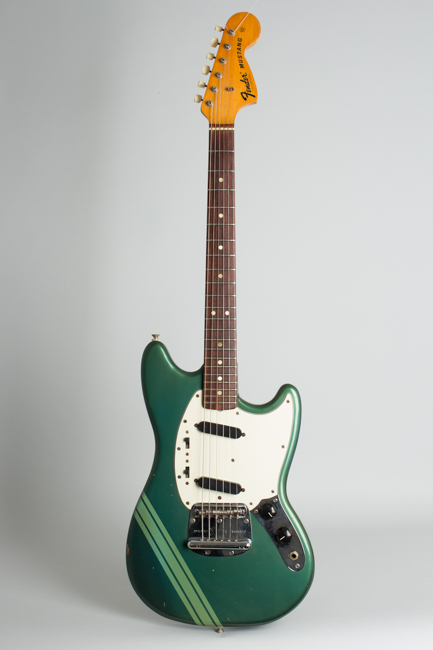 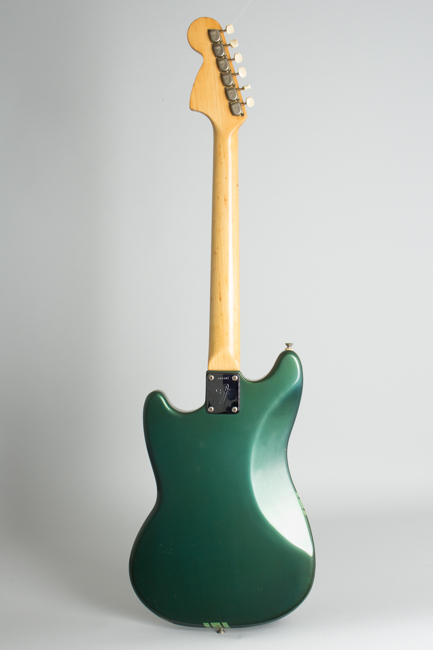 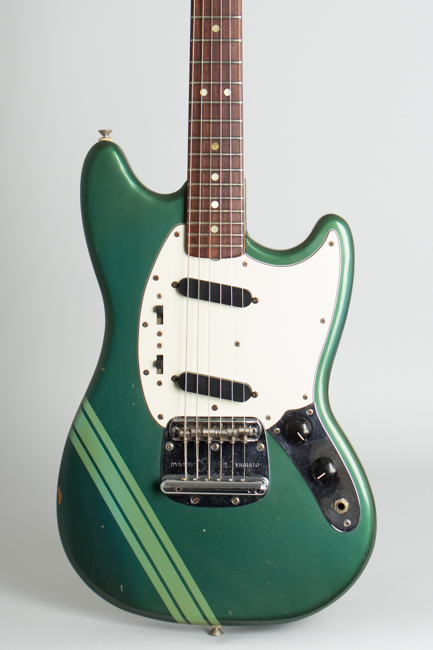 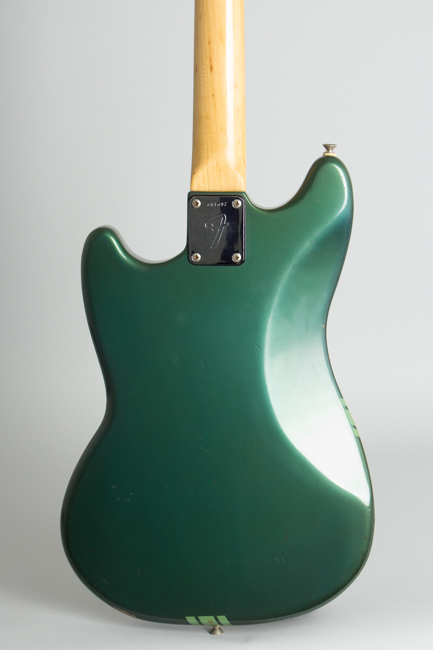 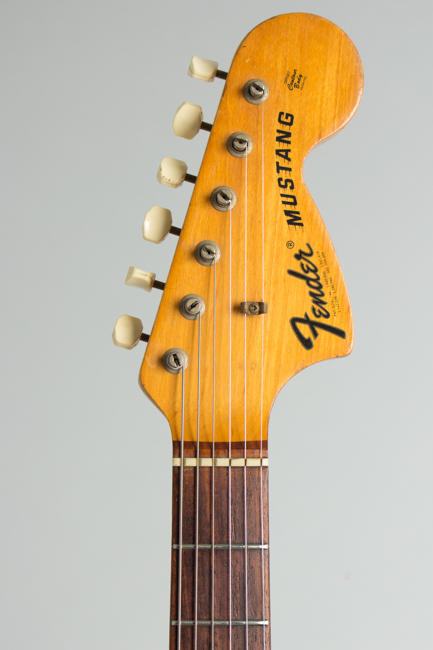 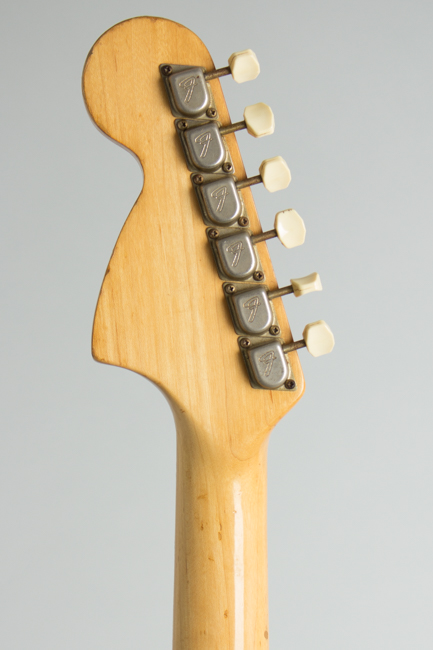 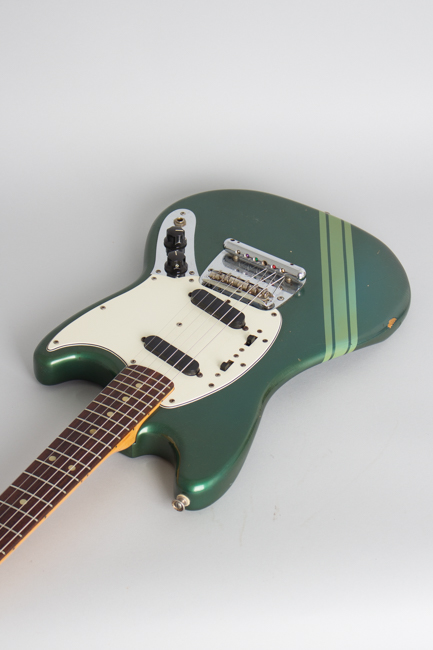 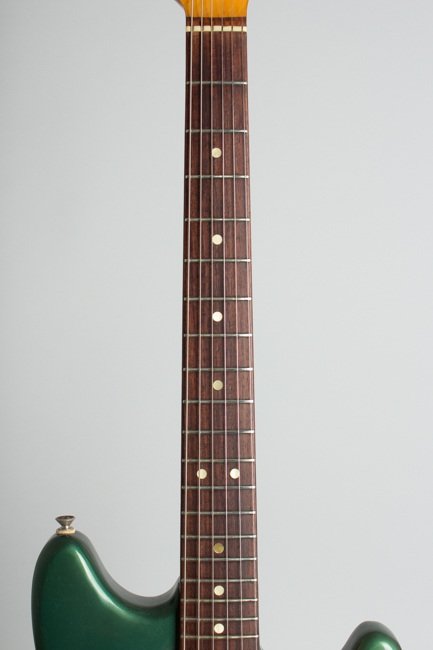 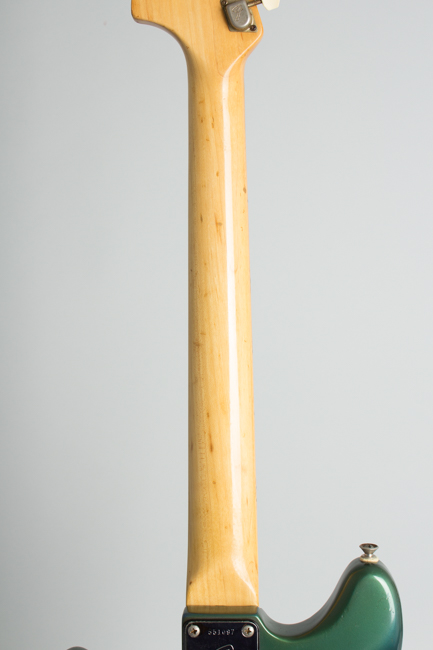 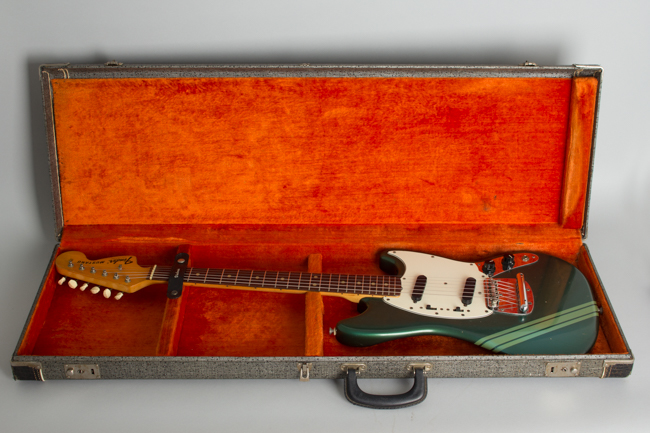 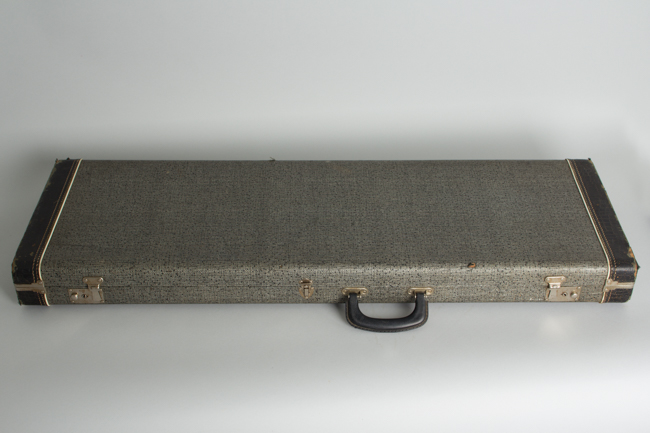 This is a nicely preserved Competition Blue Fender Mustang, original and unaltered. This guitar was built right at the end of the run for this rather whimsical "Competition" version of the model, with the snazzy Lake Placid Blue metallic "car" finish and "racing" stripe on the body, but a natural headstock and white pickguard instead of pearloid. Soon after this one was made the finish options for the model were changed to sunburst, natural, or black and the "Competition Mustang" series was retired under the checkered flag.

The Mustang series was Leo Fender's last major original design for the company that bore his name, launched in 1964 to immediate success. By the early 1970s the proliferation of cheaper Japanese guitars had undercut the market and sales were way down, but the easy handling short scale Mustang endured as a classic in its own right. This one has pots dated to the 5th week of 1974 but except for the lack of a matching headstock, the features remain nearly identical to 1960s models. The Mustang has proved a timeless favorite of countless garage and pro bands from the 1960s and '70s until today, easily exceeding Leo's original intentions as a simple but effective student instrument.

Overall a nice example, all original with some light wear but no repairs or alterations. The trem arm is missing; all else is original and complete. The finish has some dings and dents, but no large areas of loss except one decent-sized chip off the top edge. The frets have some light wear in the first position but the guitar plays fine. Includes the original hard case, still the traditional '60s-style grey model but a bit more sturdily built. Overall Excellent - Condition.
×