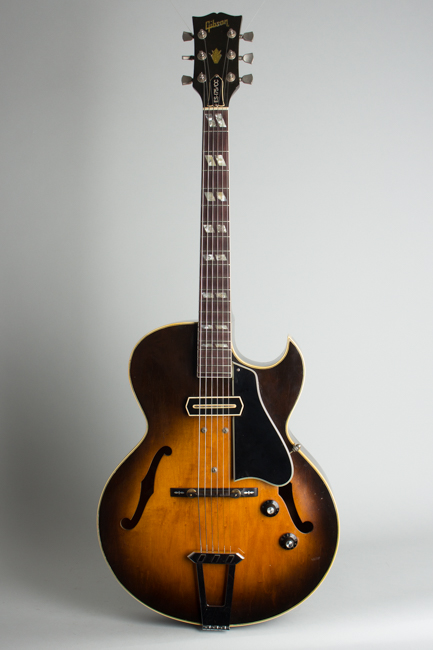 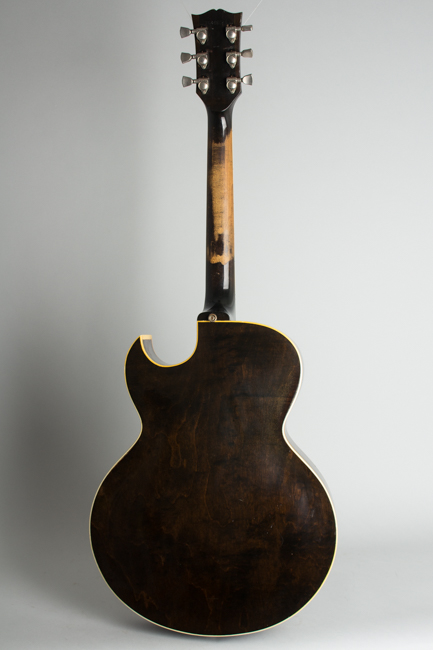 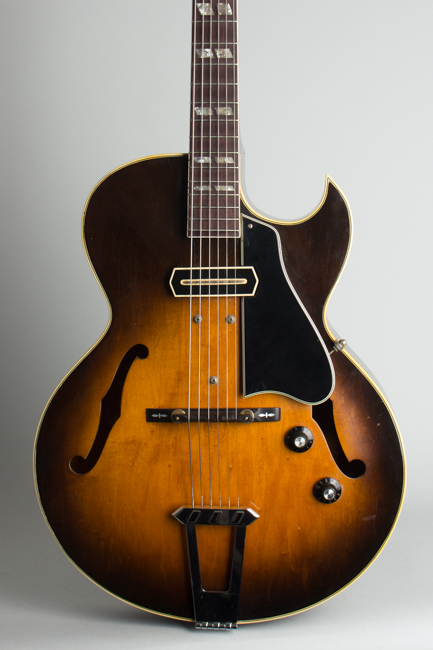 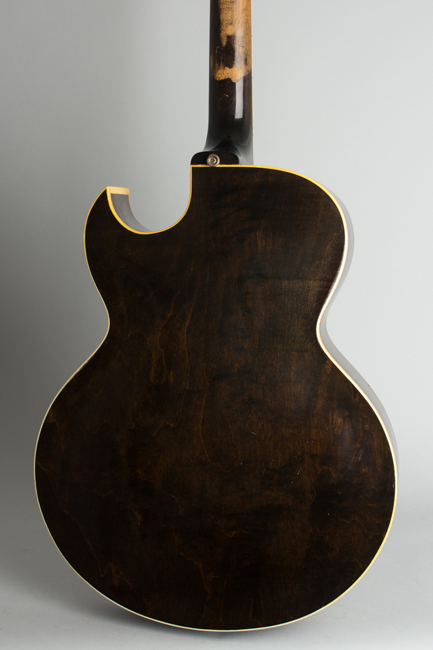 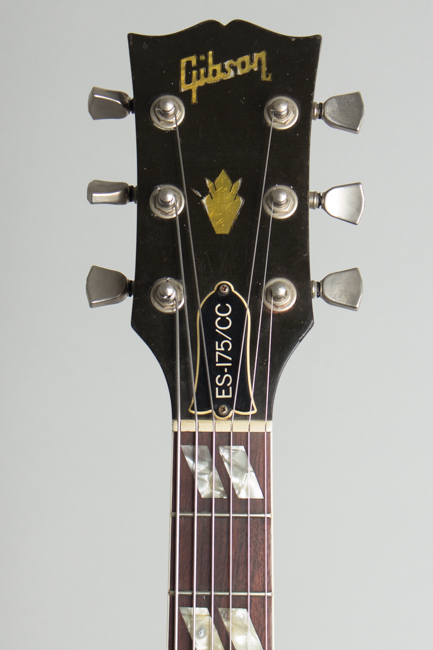 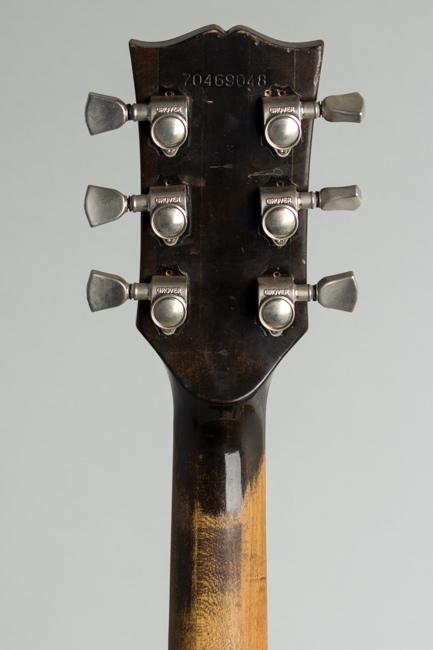 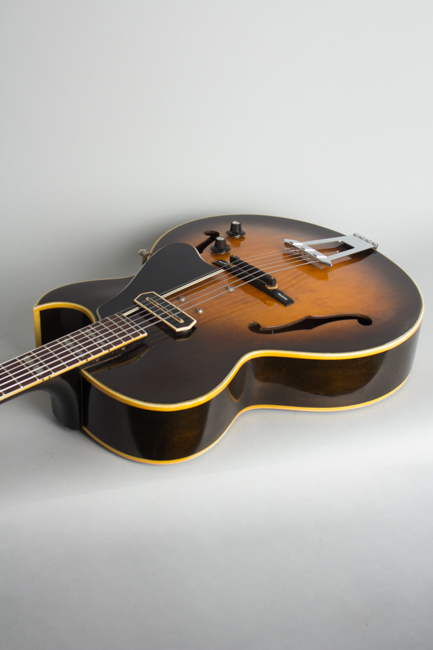 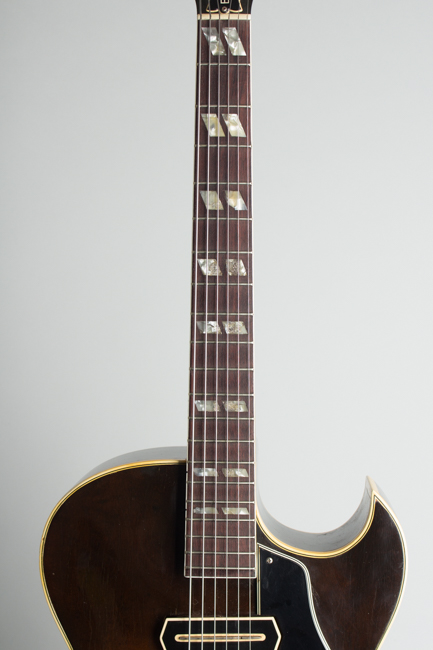 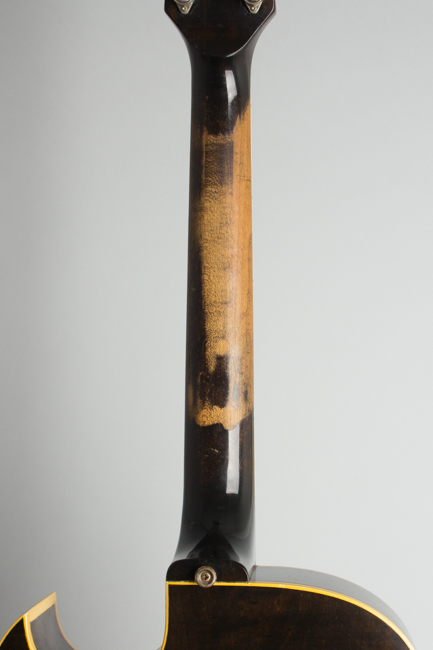 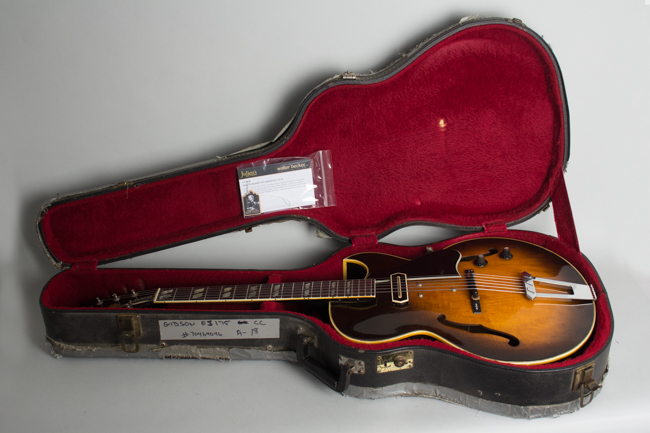 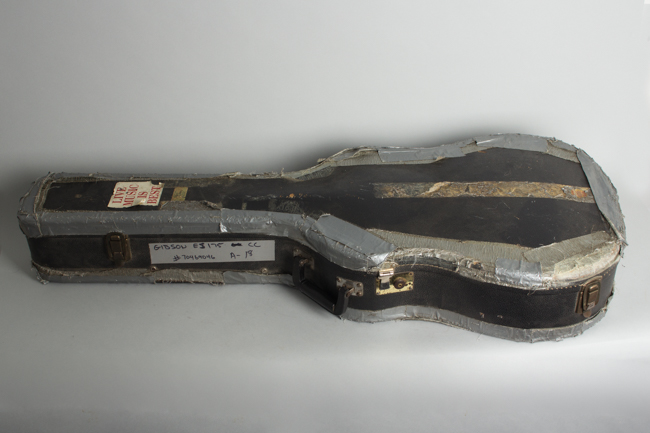 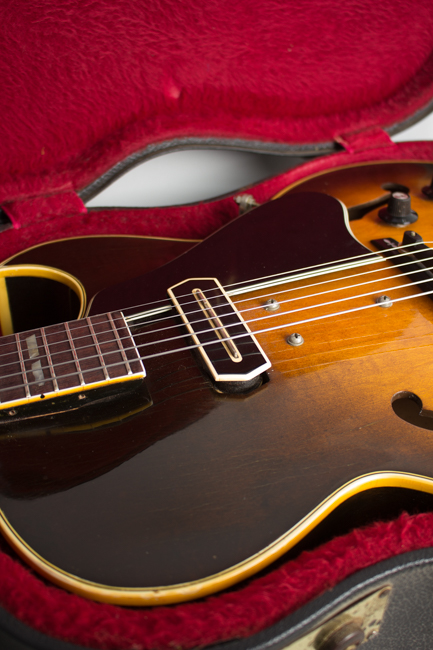 Despite Gibson's less-than-stellar reputation in the late 1970's the company actually had some good ideas…this guitar represents one of the best! It is a special version of the long-serving ES-175 electric archtop factory fitted with a 1930's style "Charlie Christian" pickup, hence the ES-175CC designation. 489 of these were shipped in 1979, but the model was discontinued not long after.

Charlie Christian's exclusive use of the first Gibson electric guitars in the early 1940's influenced generations of players to seek a similar tone. Although the company had discontinued their original bar-magnet pickup after 1940 they often fielded requests from dedicated jazz players for them, and over the years some individual custom Gibson archtops were issued with the unit installed. The 1979 ES-175 CC was the first officially cataloged production model to carry one since 1940! The label reads "ES-175D" but that is not uncommon in these; there is a special truss rod cover designating "ES-175CC".

Aside from the unusual pickup installation this beauty has typical late '70s features. It is from the fairly short-lived era when Gibson used a laminated maple neck on many instruments instead of the traditional mahogany resulting in a sturdier guitar with a just slightly brighter sound. The hardware is also typical for the period with the chrome plated L-7 style tailpiece, laminated pickguard and black numbered "amp" style knobs. The single Christian pickup is mounted in the traditional neck position with standard tone and volume controls. The sound is quite different from the standard humbucker-equipped ES-175, with a distinctive "bite" and a more acoustic quality.

This instrument was in the personal collection of Steely Dan's Walter Becker for some years. Since his passing we miss his visits to the shop, which usually lasted well into the after-hours of the evening. It was always fascinating to observe the care he took in selecting pieces for his working collection, often spending hours experimenting to see how many different sounds he could draw from an instrument. We can't say if this guitar ever found its way onto any recordings, but the tone of this somewhat unusual Gibson would have been "right up his alley"!

This fairly rare Gibson archtop shows some wear and tear but is an excellent playing and unique sounding guitar, additionally of course a great provenance. Overall the finish has some dings, dents and scrapes but the only major loss is to the back of the neck, which is fairly well worn down to the wood. There are some small lamination checks to the top but no cracks or notable repairs.

There are some minor alterations, including an added strap button on the bottom of the heel (done a long time ago) and a patched hole where a strap button was fitted on treble side of the heel. The side of the fingerboard extension has two small screw holes from what would appear to be a DeArmond pickup mounting bracket, though why anyone would want to add a floating pickup to this guitar is a mystery! The original 1979 Kluson-style tuners were replaced with period Grovers with Kluson-style buttons, another Gibson fitting a the time.

The carved ebony bridge with gold wheels and pearl inserts in the base is correct to this era but not the standard fitting on this model; it is usually found on higher-end Gibsons. The saddle has been recarved a bit on the treble side. Everything else appears original. The guitar has been expertly refretted with correct style wire and plays extremely well. Some of the pearloid inlays in the fingerboard show minor deterioration but they are solid and not curling or flaking away. The original case is intact but very well-worn, with some stickers and an added layer of old duct tape on the edges. Steely Dan Studio storage markings are on the case, and the auction card and tags are included. Overall this is not the cleanest ES-175CC we have seen, but it may well have the coolest history. Excellent - Condition.
×