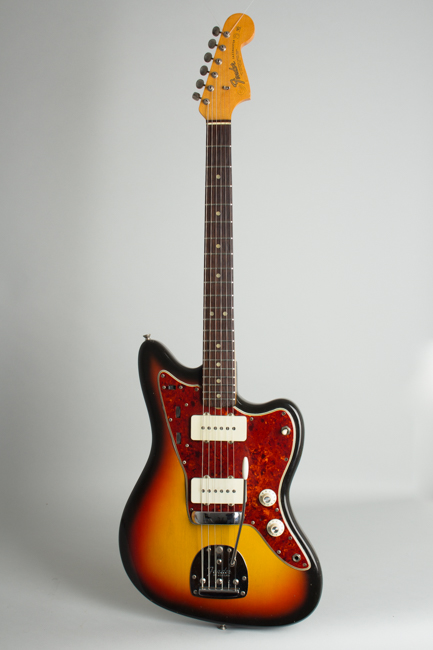 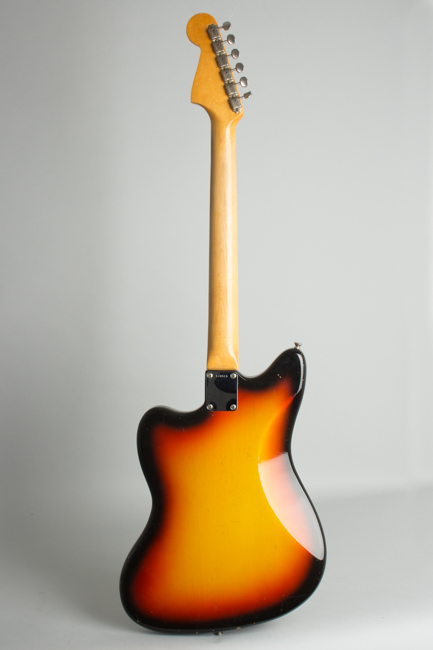 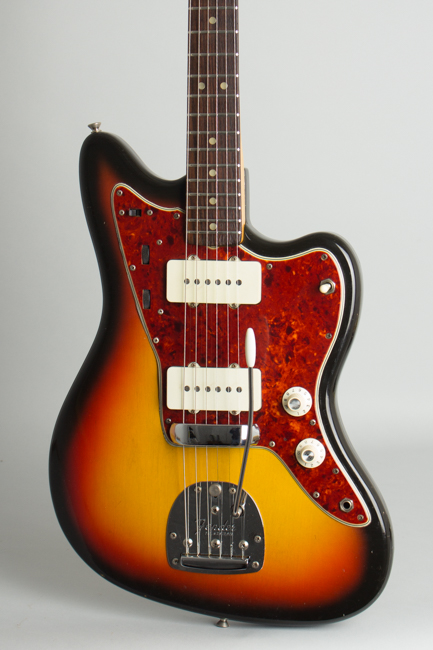 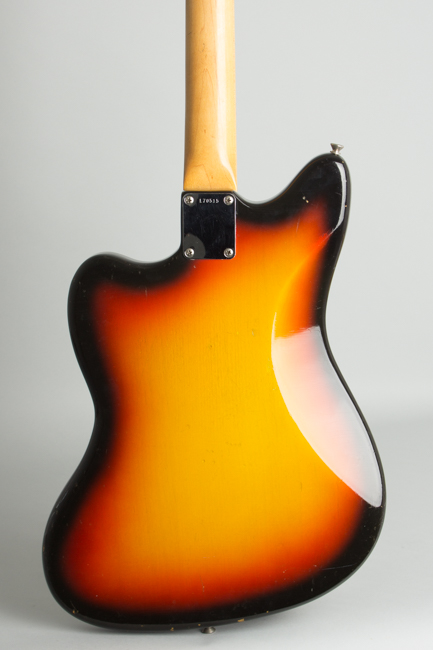 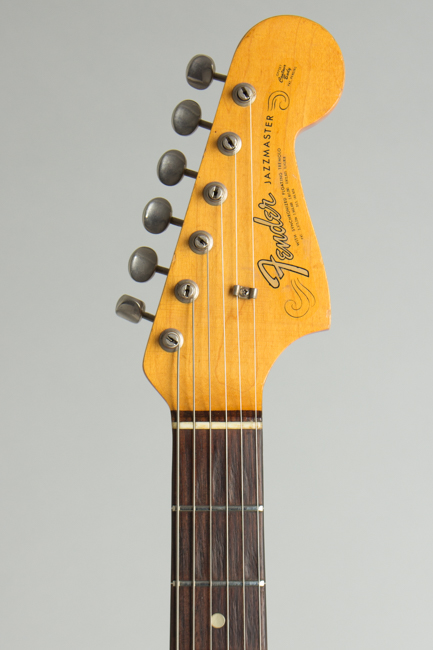 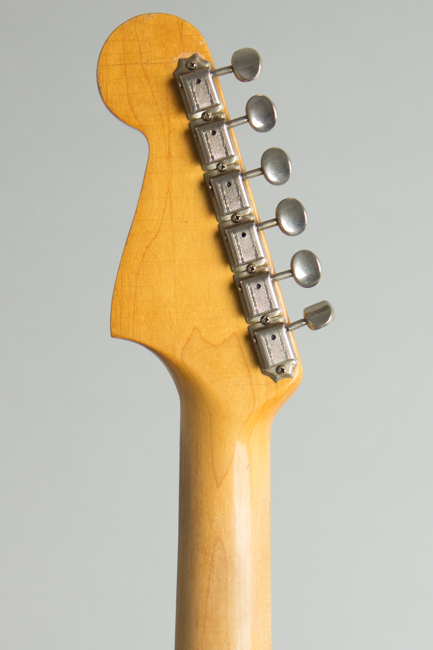 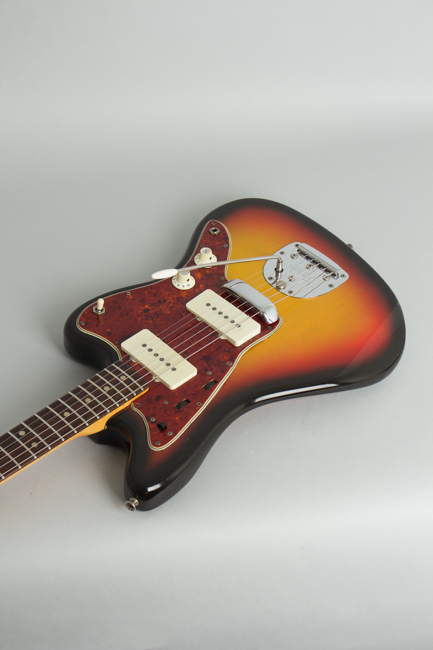 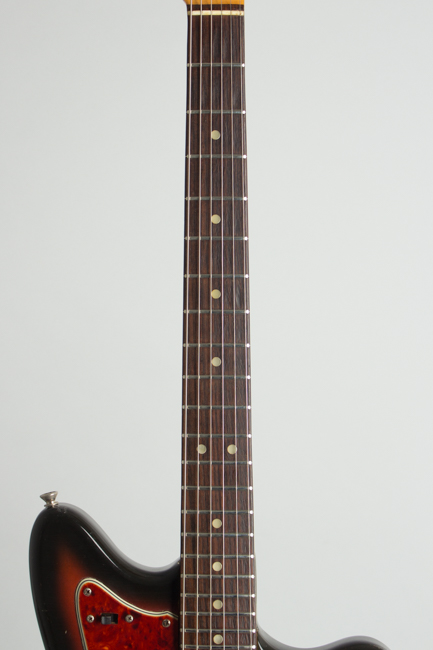 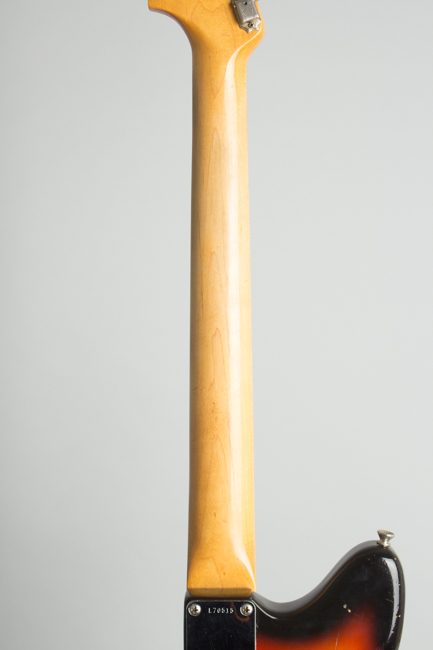 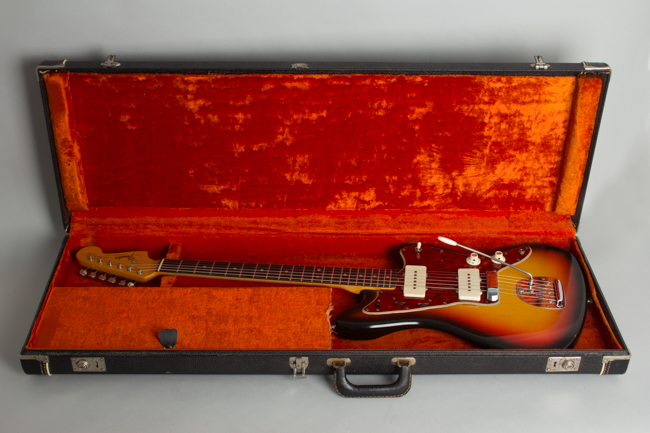 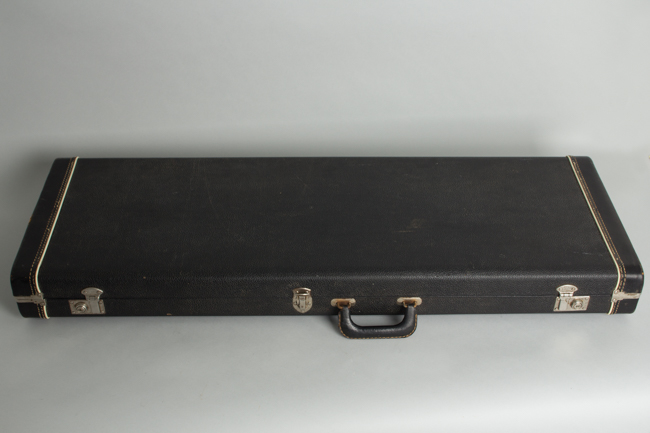 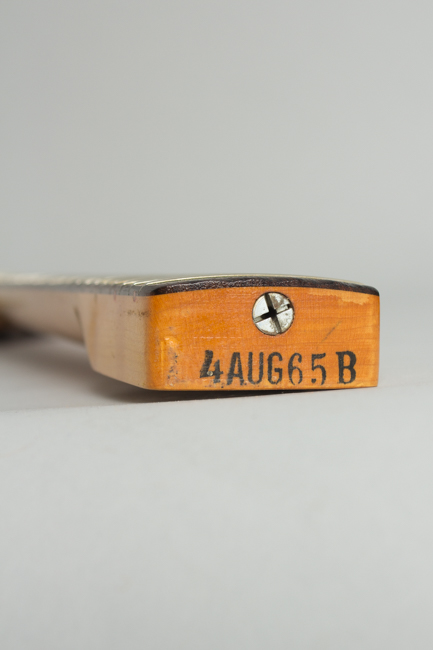 This is a great-playing example of an early CBS Fender Jazzmaster with a neck date-stamped to August 1965, just months after Leo's company had been sold into corporate slavery! The instrument would have been assembled and sold that fall; the visible date code on the volume pot is the 15th week of 1965, with a pickup date of early October. The appointments show a mix of features specific to this transitional period. The "tighter" sunburst finish with a large yellow center and starker color blending is typical of 1965-6. The pickguard however is a late example of the original tortoise pattern nitrocellulose, which was generally replaced around this time by ABS plastic.

The unbound rosewood fingerboard has the pearl dots adopted in early 1965; binding would be added in that fall. The tuners are the older style Kluson Deluxe used since 1950, replaced the next year with the "F" machines made in-house. The neckplate still shows the pre-CBS style "L" number, typical of this transition period. This very fine-sounding and playing Jazzmaster, with a well-done refret and some minor playwear but overall nicely original and great sounding.

Overall length is 41 1/16 in. (104.3 cm.), 14 in. (35.6 cm.) wide at lower bout, and 1 5/8 in. (4.1 cm.) in depth, measured at side of rim. Scale length is 25 1/2 in. (648 mm.). Width of nut is 1 5/8 in. (41 mm.).
This is a nice clean Jazzmaster, with a finish showing only some very minor checking and light average wear, mostly small dings and dents. It has been refretted with wire slightly larger than the original and there is sone divoting to the fingerboard in the first position…someone played a lot of open chords there. It is also fitted with a repro trem arm, all else is unchanged including all original pickups and electronics and even the oft-missing bridge cover. The original black Tolex case is also nicely preserved and there is a never-sent-in warranty card still in the pocket. Excellent Condition.
×