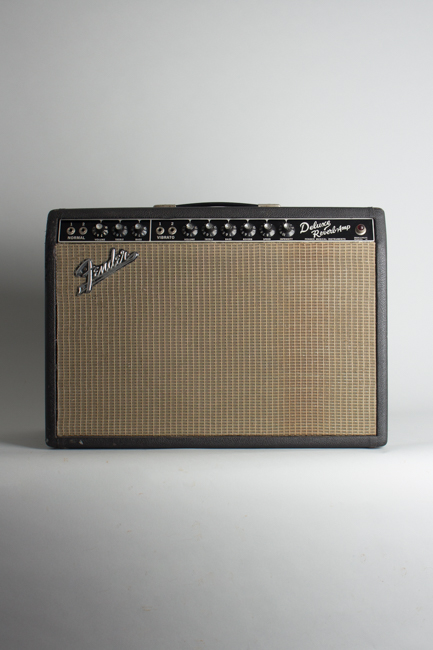 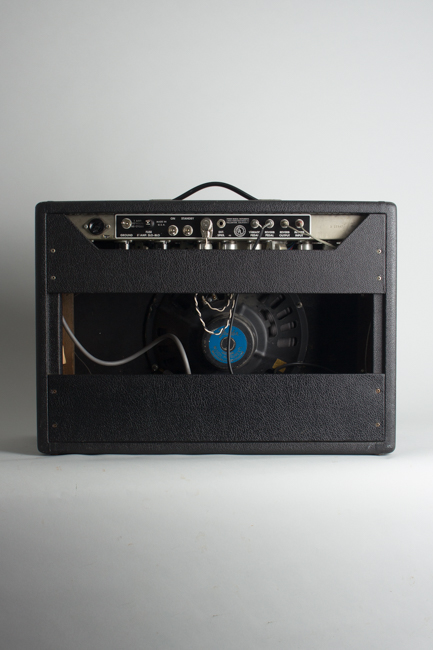 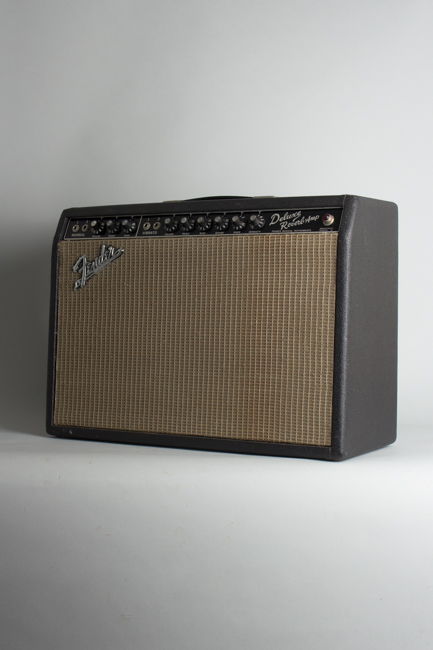 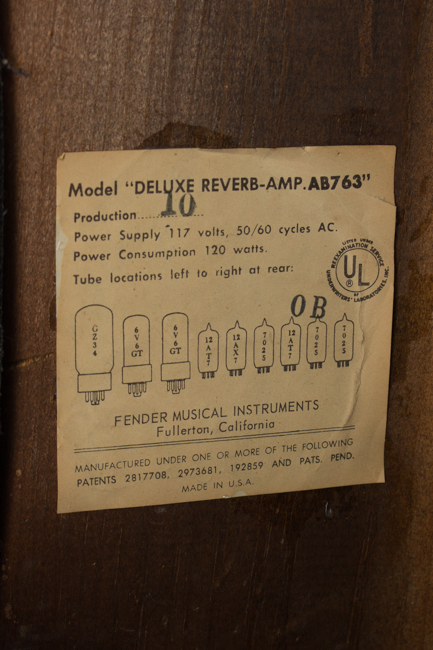 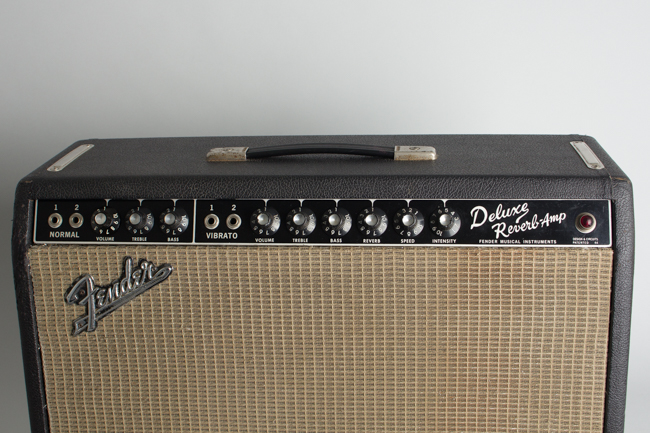 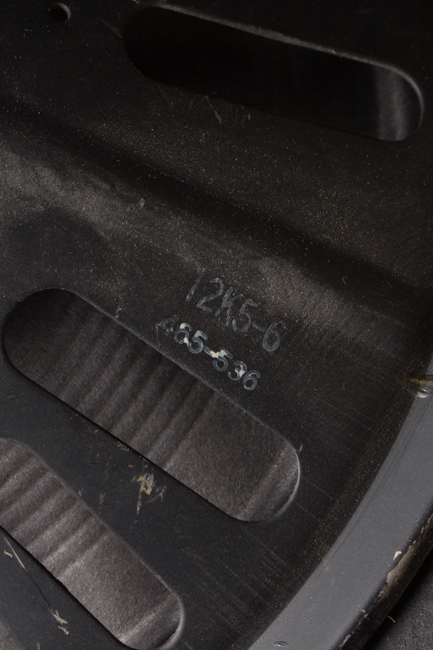 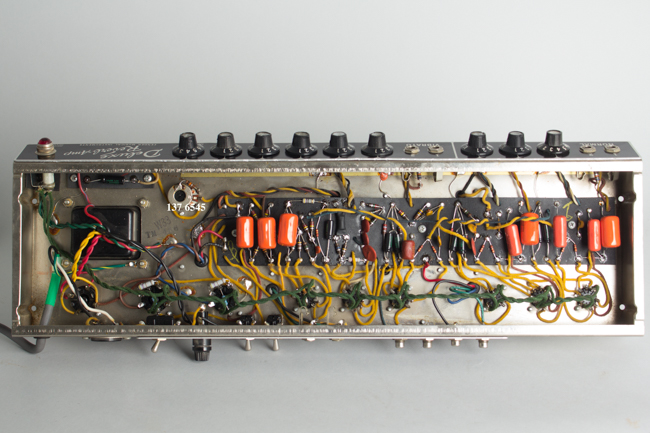 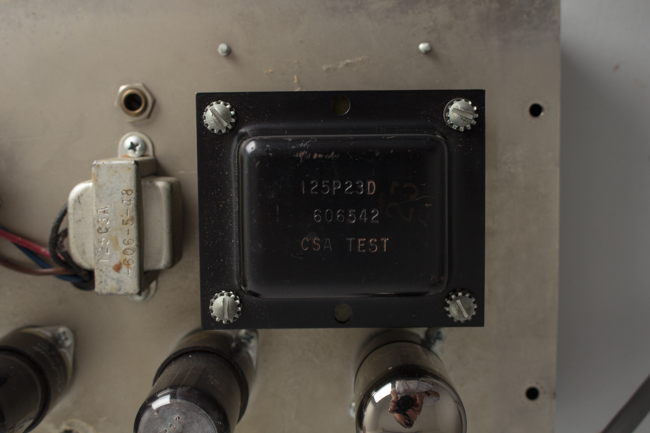 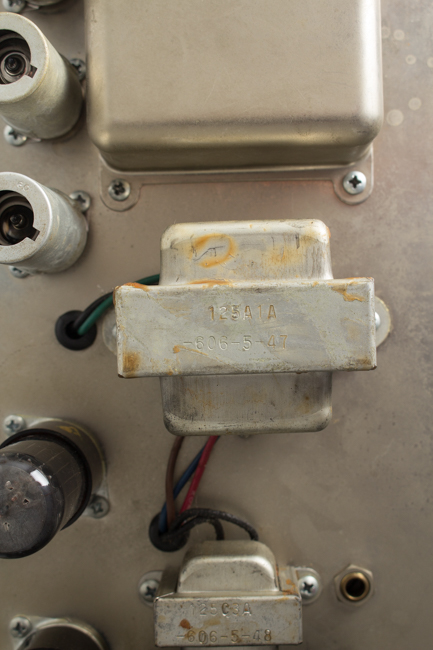 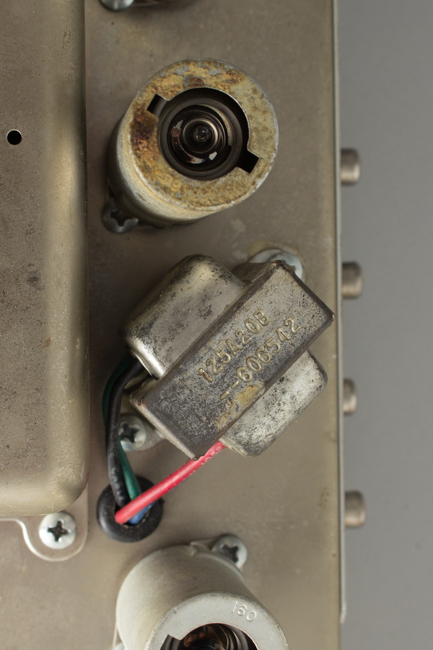 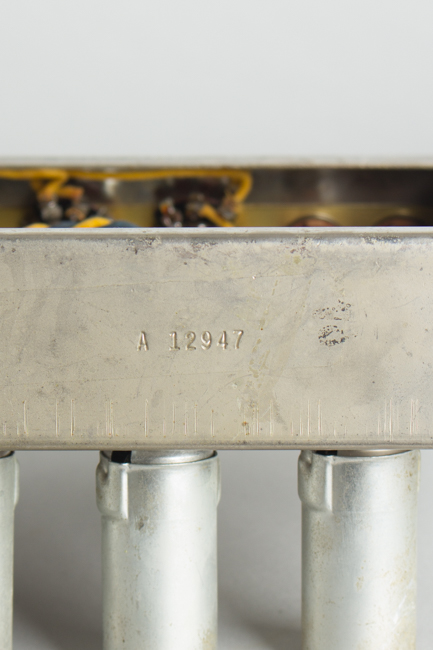 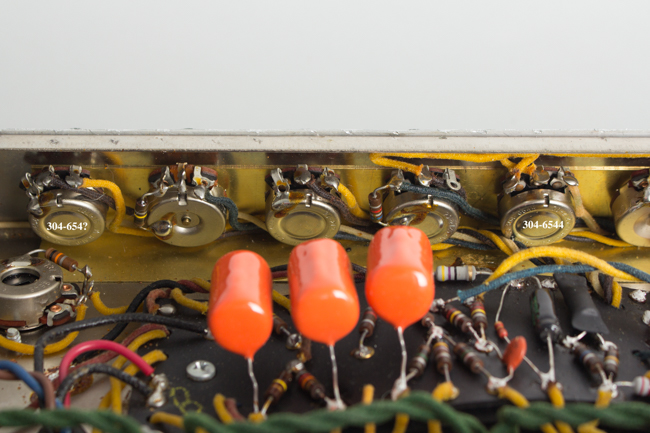 This is a relatively clean early-CBS example of one of the all-time classic Fender amps, the blackface Deluxe Reverb. With enough gain to kick at low level and enough headroom to keep up with a drum kit, full reverb, and tremolo facility, the Deluxe Reverb is one of the benchmark 1960s amps that others are compared to. Externally it shows some light typical wear to the Tolex, grillcloth and faceplate but nothing too serious.

This amp has a Tube Chart stamp inside the cabinet of "OB" which should date to February 1965, but all other signs indicate this amp dates to around Feb. 1966. The serial number stamped into the chassis suggests late-'65 to early '66. It is possible this anomaly is simply a stamper's error (it would not be the first we have seen!) or that the cabinet originally belonged to another amp dating to exactly a year earlier. Take your pick, whichever it is has no practical effect on the amp's operation!

This Deluxe was recently serviced with Electrolytic capacitors and can cap replaced, a re-bias to spec, three-prong cord installed and NOS tubes. The rectifier tube is a Mullard GZ34, Power tubes: GE Electric 6V6 pair, V6: GE Electric 12AT7, V5: Mullard 12AX7, V4: Mullard 12AX7, V3: GE Electric 12AT7, V2: Matsushita/Toshiba 12AX7, V1: Mullard 12AX7. All transformers are original dating to late 1965 with codes on the Power Transformer of 606-5-42 and Output Transformer 606-5-47. The original Oxford speaker is stamped to the 36th week of 1965, visible pot codes are also from later 1965. The reverb pan is original, as is the footswitch with some tape markings added. Overall this is a great-sounding early-CBS example of one of the all-time classic Fender amps, in ready-to-gig condition. Excellent - Condition.
×