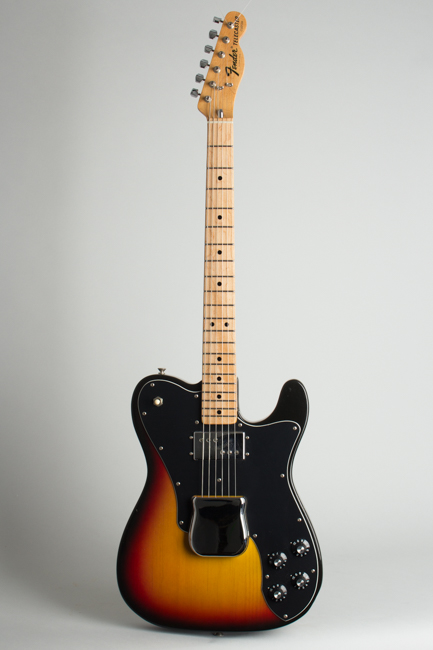 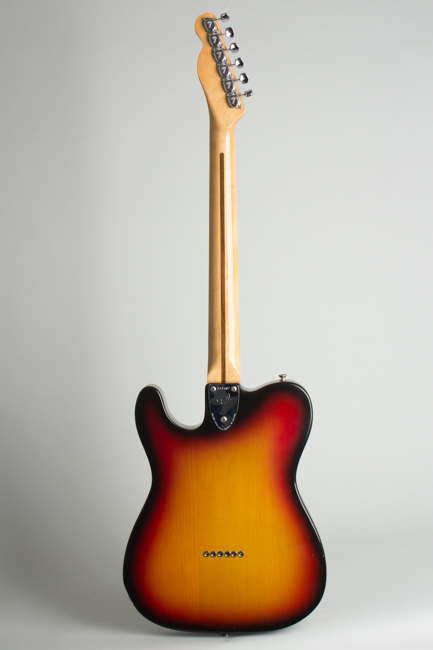 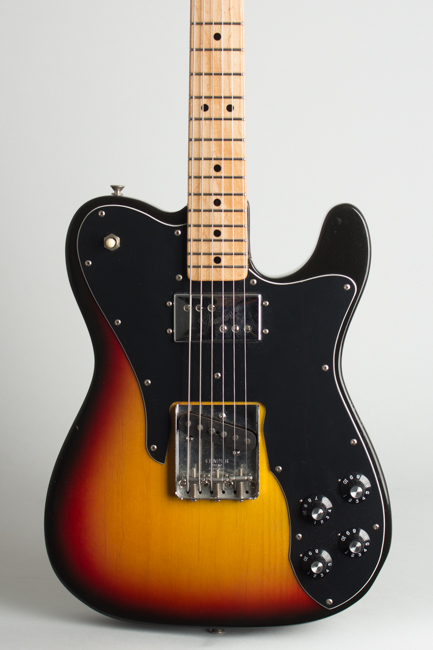 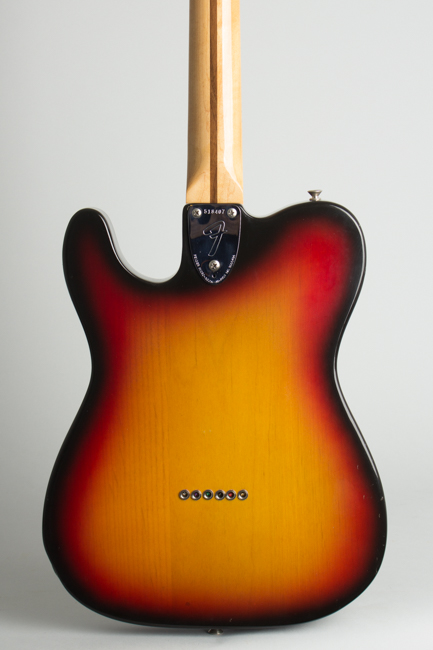 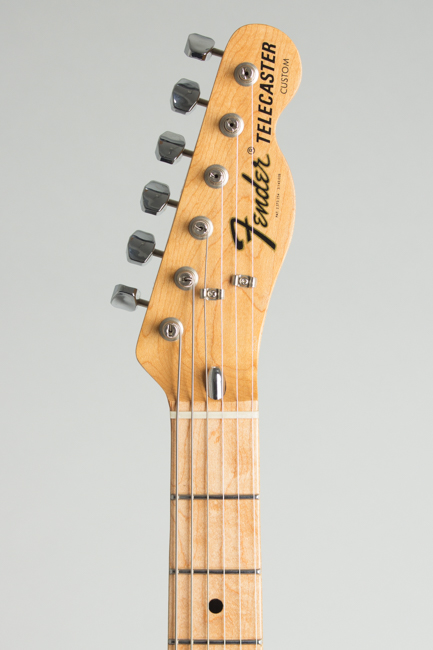 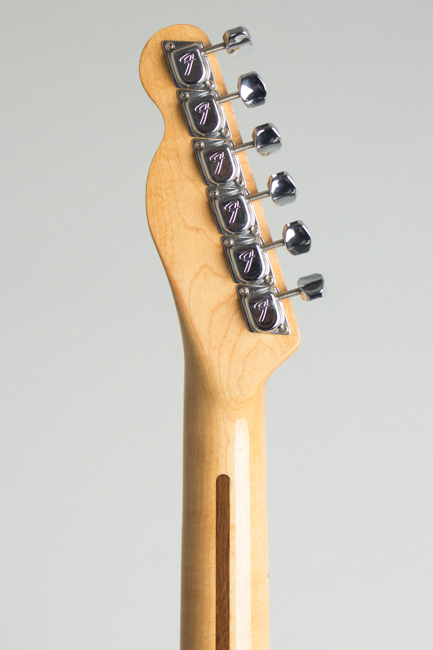 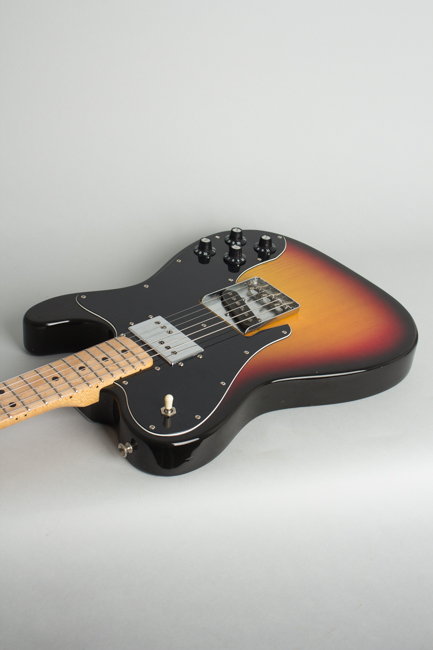 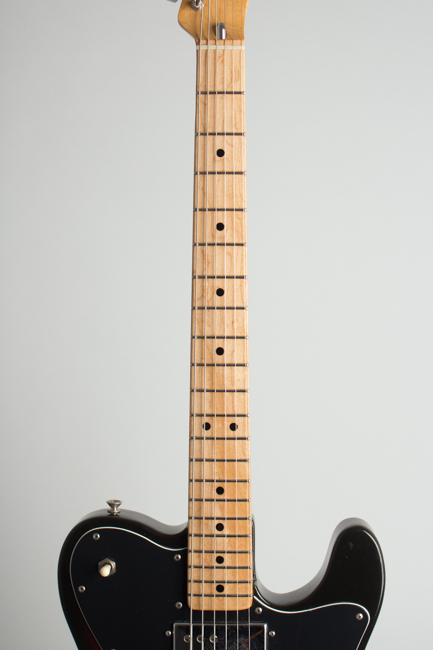 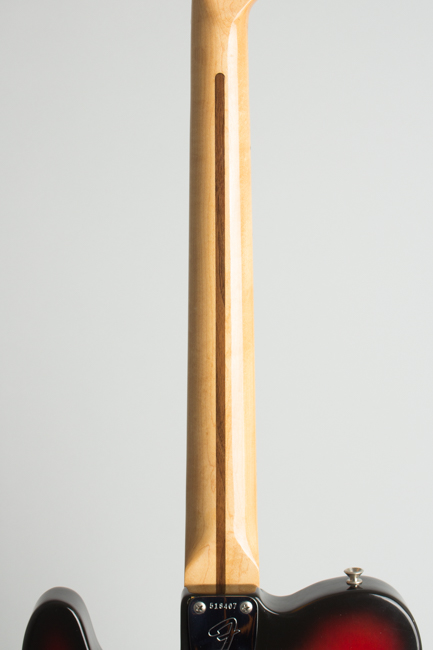 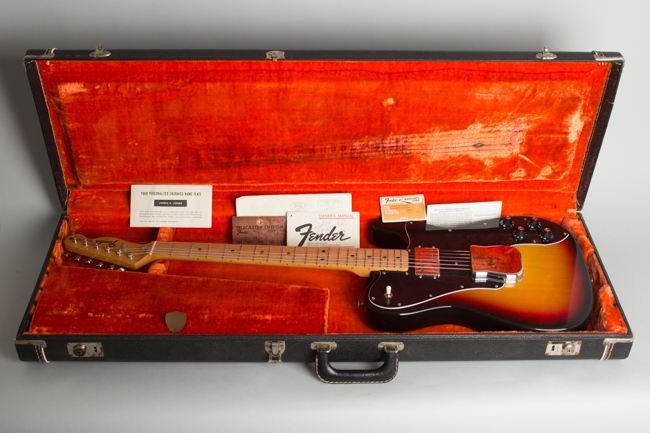 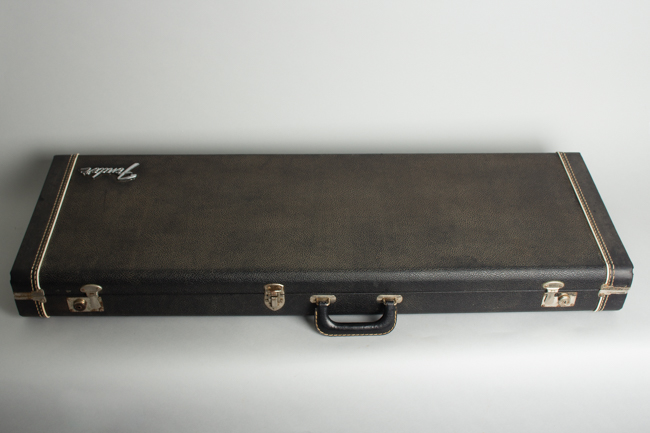 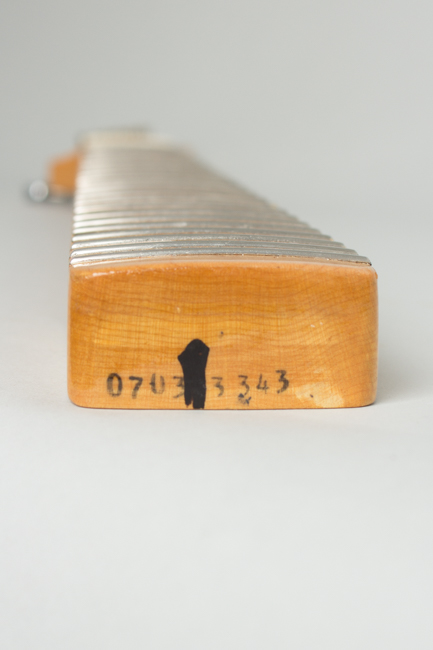 This guitar is a beautiful example of one of Fender's better regarded 1970s instruments, the second-generation Telecaster Custom. This model has no older equivalent, being a product of the CBS/Fender design labs at the beginning of the '70s when Gibson's Les Pauls were experiencing a wave of popularity. The model is a factory-built reflection of a modification many players were making in the field, fitting Fender's Telecaster with a Gibson humbucking pickup.

This style Telecaster Custom was introduced in 1972 and differs from the standard Telecaster primarily in carrying a new Fender "Wide Range" humbucking pickup in the neck position, while retaining the traditional Telecaster lead pickup at the bridge. This configuration offers the maximum tonal range of any Fender from the period. The unique pickup itself and the wiring layout owe much to Fender's employment of Seth Lover, the man who designed much of the classic Gibson electronics of the 1950s. The wiring functions in a Gibson-like mode with a tone and volume for each pickup and a 3-way selector switch on the upper bout. Even the internal wire has the braided metal shielding traditionally favored by Gibson!

The one-piece maple neck carries the newer "bullet" style truss rod adjustment and 3-bolt tilt neck attachment, another new feature not applied to standard Telecasters. The sunburst body and natural maple neck are finished in the polyester Fender used at the time. The neck heel has a coded ink stamping which is not fully legible but visible pot codes are 137 7324 dating to the 24th week of 1973. Combined with the serial number stamped on the neckplate, this indicates a likely assembly date for the instrument of late 1973; it was sold in early 1974.

The Telecaster Custom of this type has proven enduringly popular, widely regarded as one of the best of Fender's 1970s designs. The Fender humbucking pickup was not a big hit at the time but has grown in status over the years as players have discovered its unique combination of clarity, punch, and character. Notable users of this model when new included Keith Richards and Mick Green, and many others have joined in since. This very little played and nearly unaltered example is not a particularly rare instrument but is in unusually fine condition for its age, and still plays and sounds great.

This is a super clean guitar overall, complete and all original except for some reason the tone and volume pots for the treble pickup have been fairly recently replaced. The finish and hardware still shine like when Chevy Chase was on Saturday Night Live, and show just some light wear and scuffing mostly to the pickguard and pickup cover. The frets and fingerboard show very few signs of use. This guitar appears simply not much played and includes the original black Tolex hard case also in very nice shape with some original paperwork still in the pocket. Excellent + Condition.
×