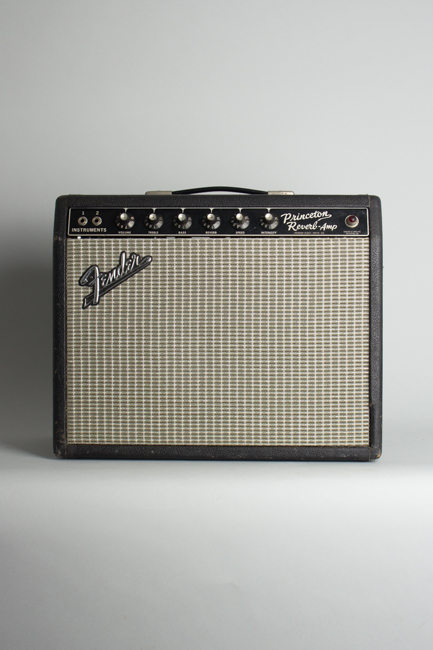 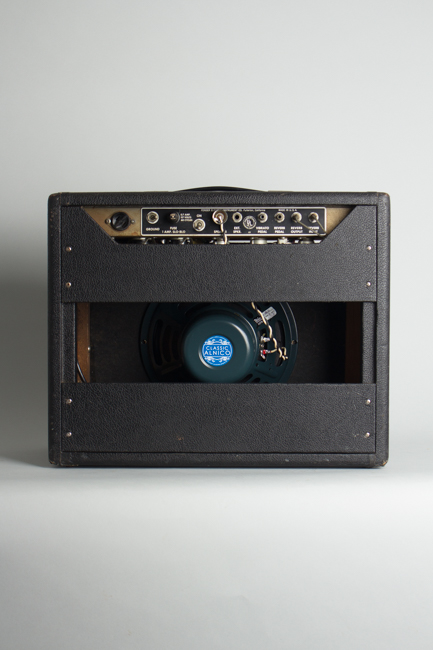 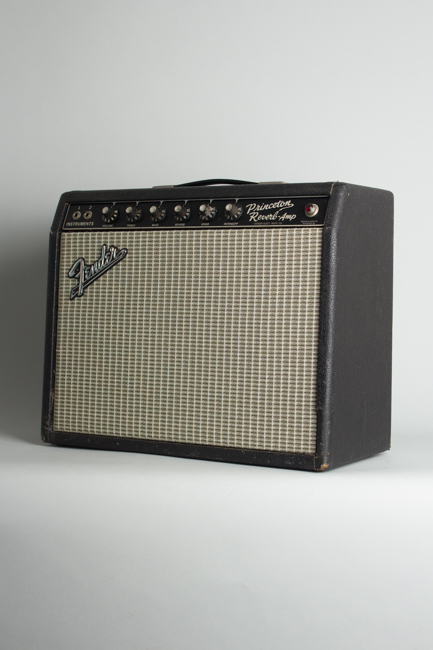 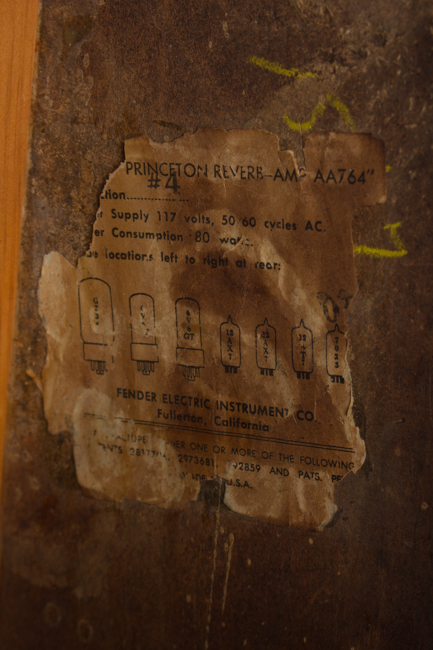 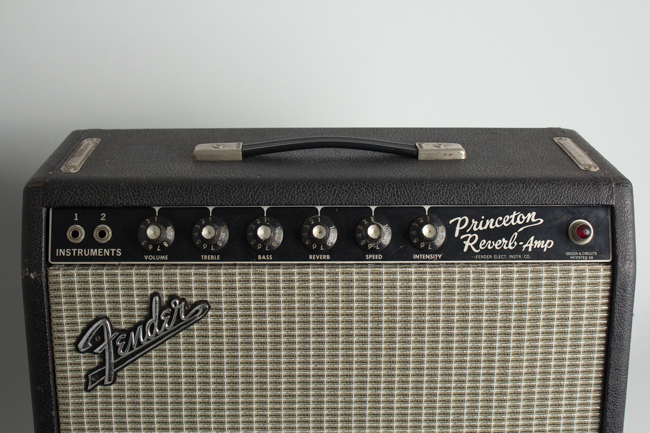 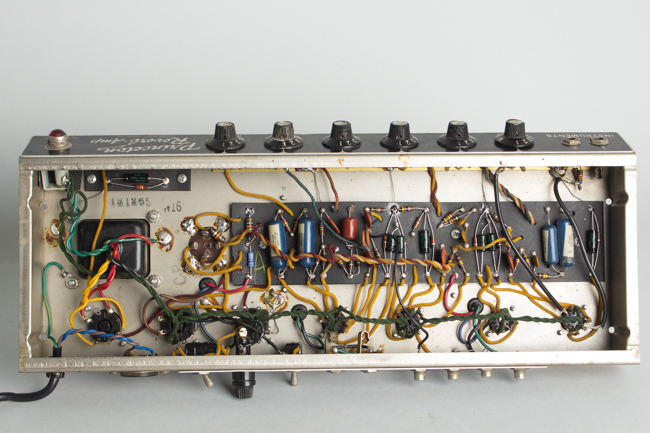 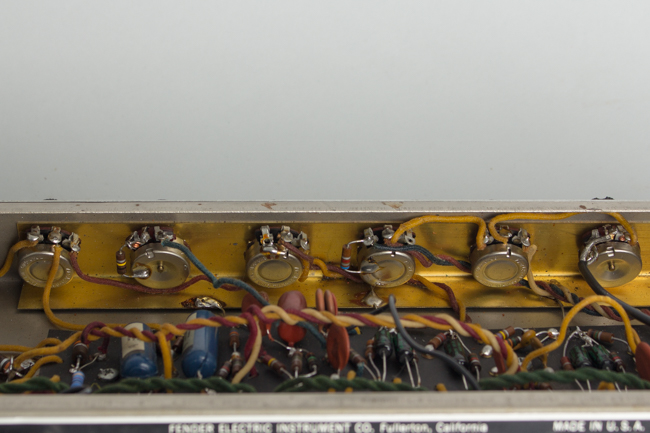 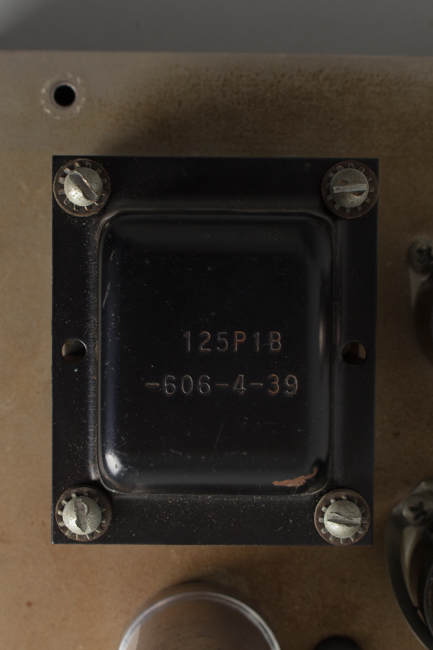 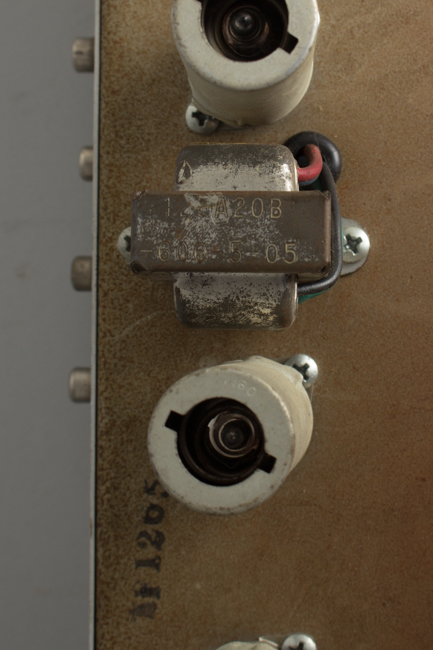 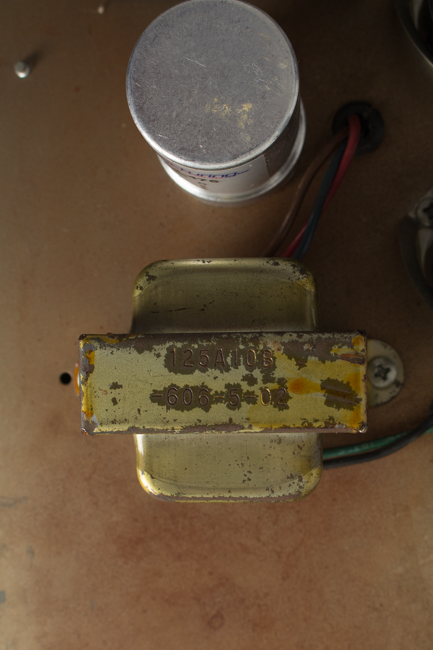 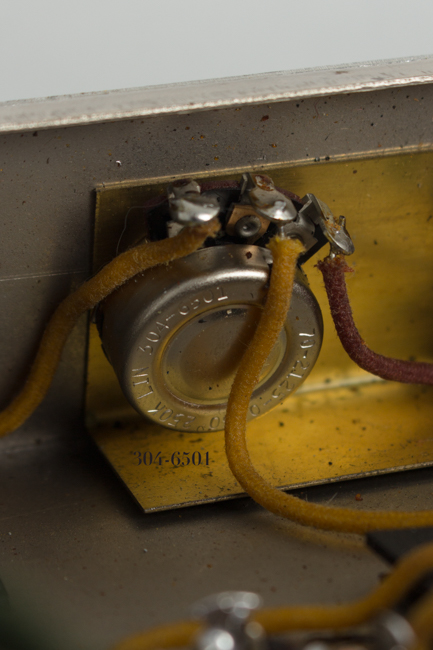 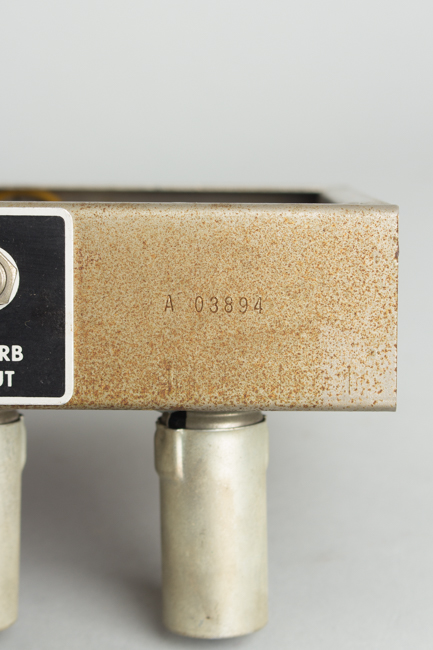 Overall this is a well-preserved example of one of the hottest amps going today, vintage or modern, the blackface Fender Princeton Reverb. The combination of clean, crunch, and natural overdrive this model offers perfectly suits the modern world's lower volume requirements, and they always sound great. This one has had some work done to the cabinet and typical service but remains a great sounding example.

The tube chart is partially worn away so that only the first letter "O" can be clearly read, designating assembly sometime in 1965. The power transformer is coded 606-4-39 (39th week of 1964) and the output transformer 606-5-07 (7th week of 1965). The back panel reads "Fender Electric Instrument company", which is generally considered the mark of a Pre-CBS amp. This one would have been assembled in the first weeks of the new regime at Fender, but for all practical purposes is identical to its technically Pre-CBS brethren.

Externally it is all original with some light wear and dirty spots, but nothing too serious. Inside it has a slightly unusual repair to the cabinet; a piece of the lower right front side has been patched in with wood where a chunk of the original side must have been damaged. This is solidly done but not the neatest work; these cabinets are quite sturdy, so a repair like this is not something we see very much. In addition, the baffle mounting post on the opposite side has been replaced; it looks old, but not as old as the rest of the amp. Why these cabinetry repairs were done we can't say, but the cabinet itself is fully solid.

Internally this amp has just been serviced with a standard cap job, replacing the large can cap and some of the preamp electrolytics, a re-bias to spec, and a thorough internal cleaning of all pots, jacks, etc. The speaker is now a Weber Alnico 10A125, which gives it a bit more volume potential and headroom over the original Oxford but still overdrives nicely when pushed. The reverb tank and the tubes aremore recent.