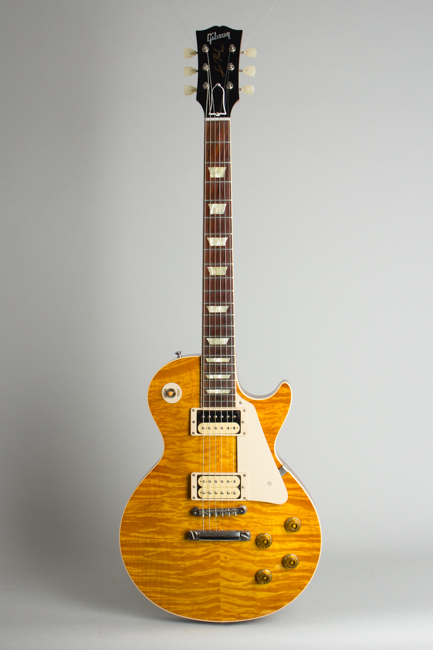 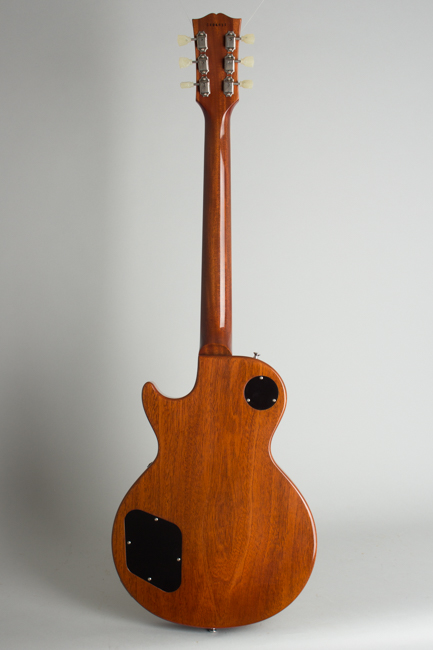 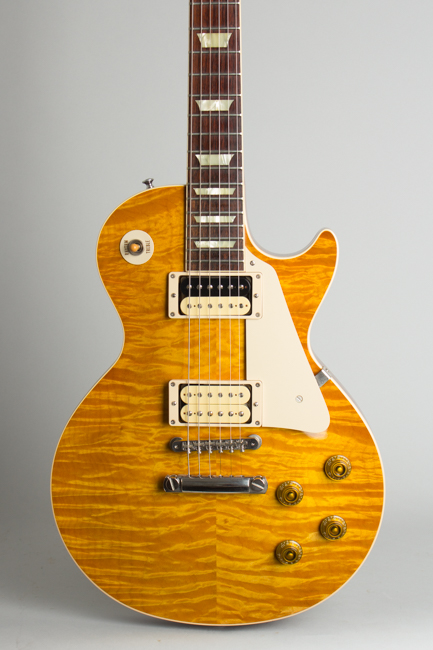 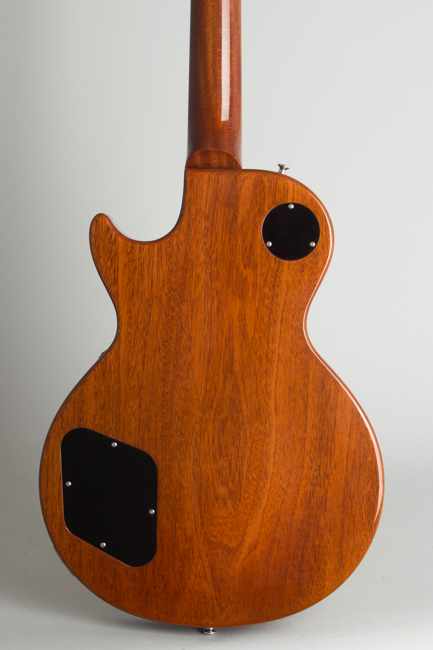 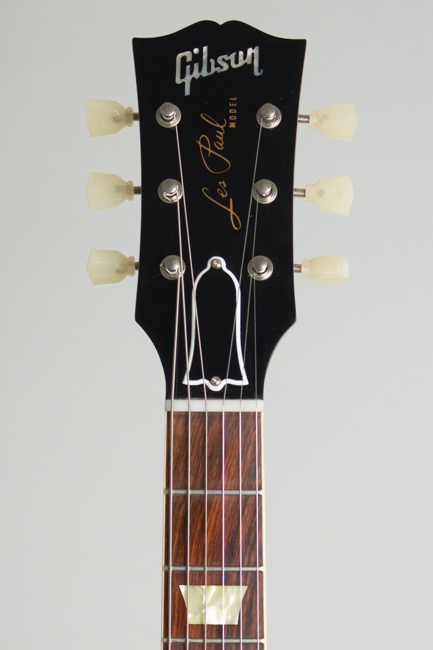 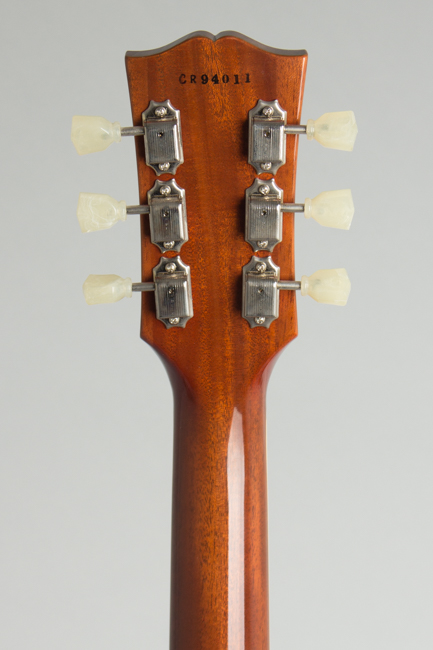 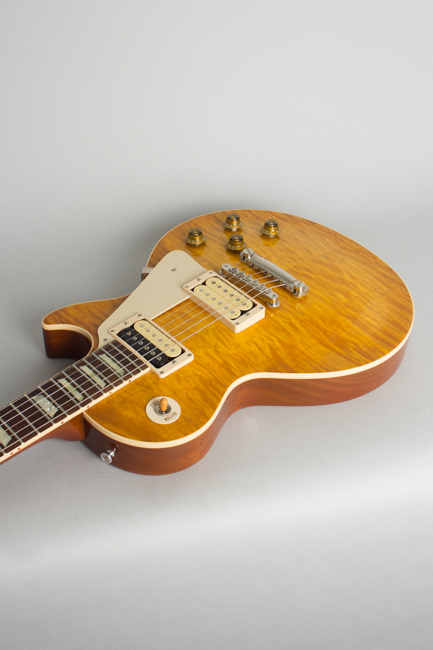 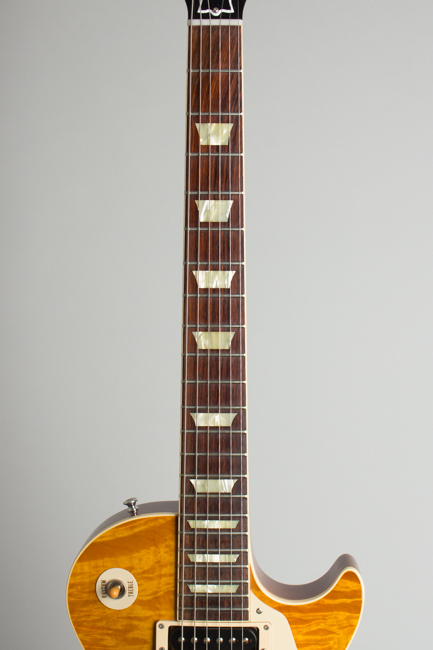 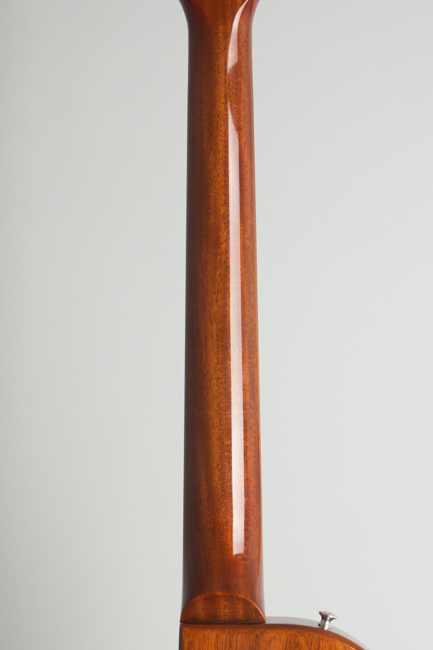 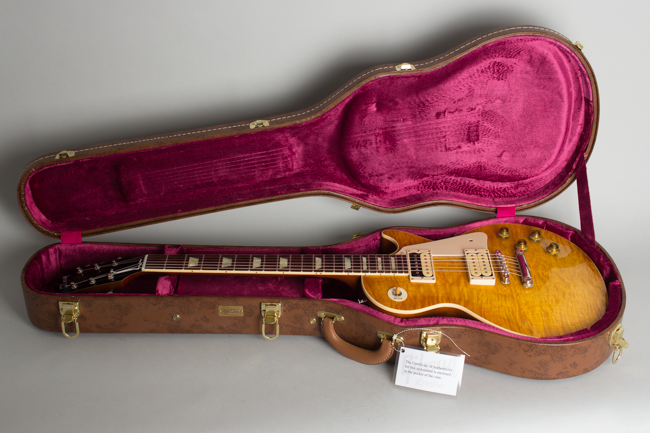 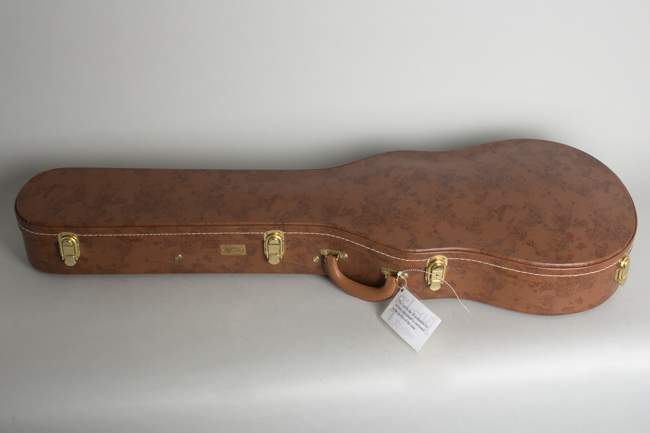 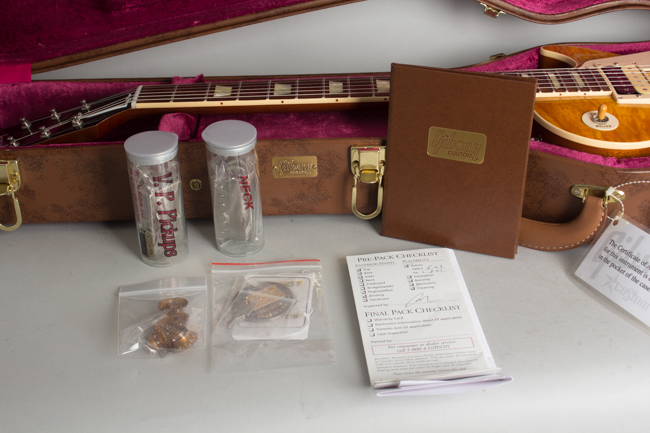 This is a spectacular looking "flame top" Les Paul from Gibson's Custom shop, which not only plays and sounds fantastic but at a hair under 7 LBs is a boon for the sore shoulders of LP players everywhere! The Chambered Les Paul design is one of those practical oxymorons that really works...one of the original classic vintage solid bodies re-imagined as a semi-solid instrument. The sound is still in classic Les Paul territory when cranked, but at lower volumes reveals a new world of nuance; it even sounds cool not plugged in! The neck shape is a very comfortable "C" profile that "splits the difference" between '59 and '60styles; not as chunky as the former nor as flat as the latter.

This is a hand-picked example from the 2014 Limited edition run of 1959 Les Paul Chambered guitars that celebrated the 10th Anniversary of Gibson Custom first introducing the Chambered Les Paul. This Limited Edition incorporated many of the improvements implemented on the new 2013 Historic Les Pauls. Gibson has re-instated 1-piece dark rosewood fingerboards, married to neck fitted with hide-glue which enhances resonance as well. The Kluson Deluxe" tuners are redesigned to be the most accurate reproductions yet. The body binding is subtly darkened for a correct vintage look. The chambering of the mahogany body not only reduces the weight to a more comfortable feel but creates a more resonant sounding guitar.

This guitar has had a couple of personalizatons that add to its vintage-style character but could be easily reversed. The pickups are custom J.M. Rolph V.P. Humbuckers, one cream coil and one zebra. These are generally considered some of the most detailed and accurate PAF style units available. The also excellent original Gibson Custom shop PAF reissues in their nickel covers are included, and could easily be re-installed if desired. The knobs are original 1950's Gibson pieces in the style correct to the instrument, which really do have a superior feel to any re-issues. The originals are also in the case; there are some cracked stems but these could also be replaced with the same modern repro knobs that are still available. The small indicator rings have been removed from the pot shafts, and are also included.

This now-unique guitar is complete in its original Custom Gibson Brown Hard Shell Case with a passel of paperwork and documentation including the Certificate of Authenticity. It is really a connoisseur's delight in a sunburst Les Paul re-issue; not a slavish attempt at re-creation but a very lovingly thought-out re-imagination of this Gibson classic. It is also just a spectacular guitar to play.

This guitar shows hardly any wear at all, and looks very little used. Aside from the parts changes noted above it would rate as a near-mint guitar. This is a really fine and super attractive modern/vintage Les Paul hybrid, one of the nicest things to come out of Gibson recently. Excellent + Condition.
×