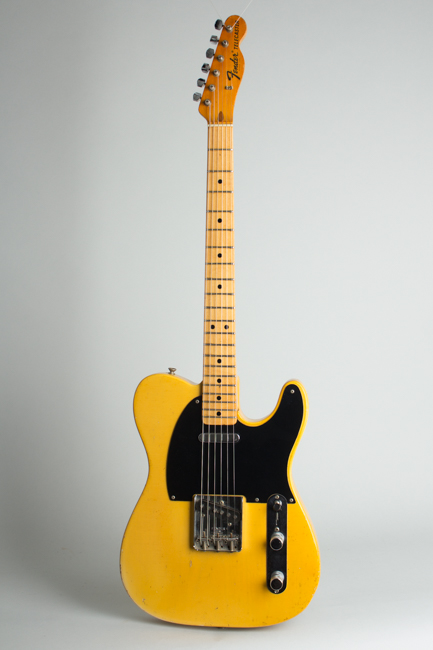 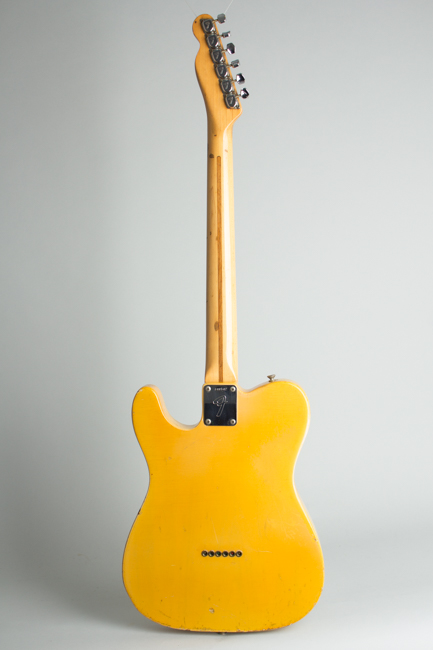 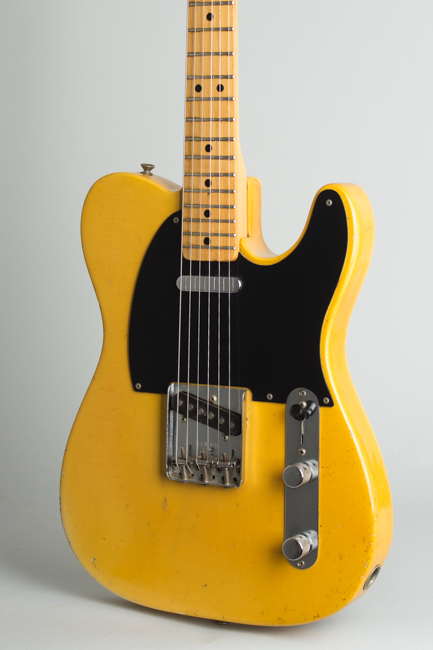 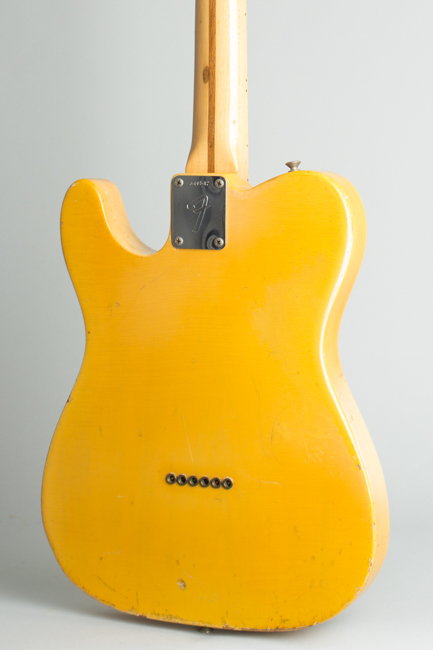 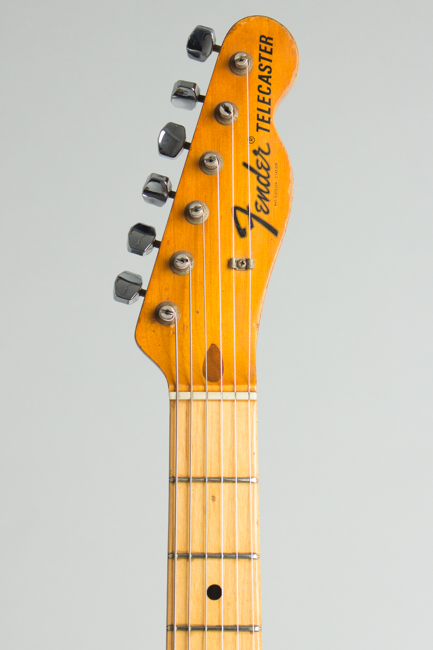 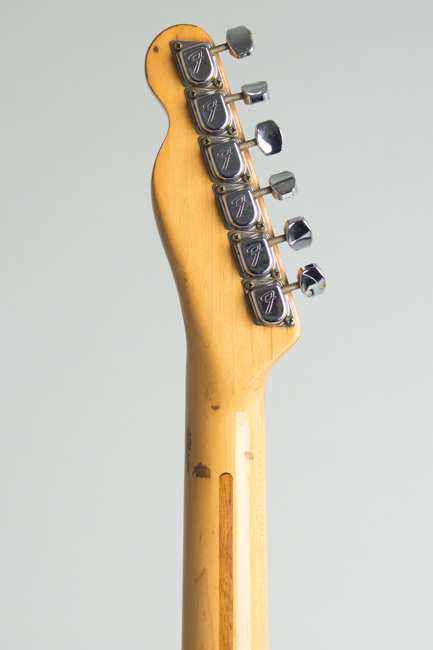 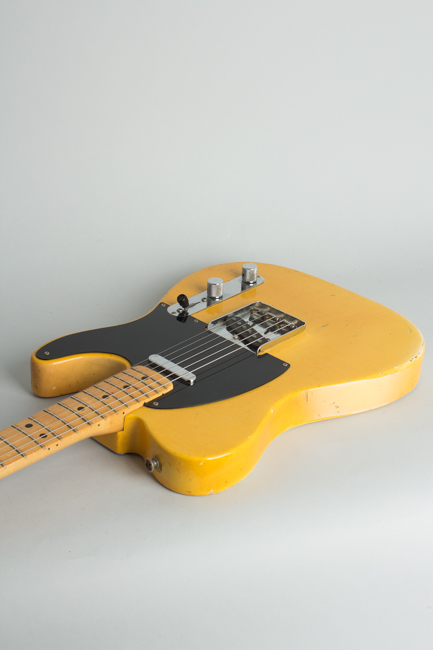 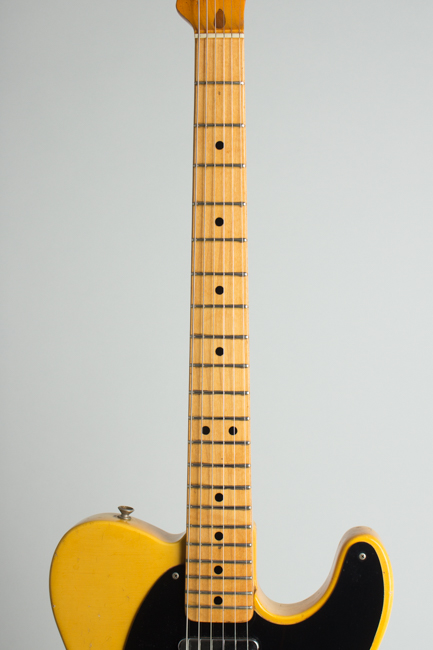 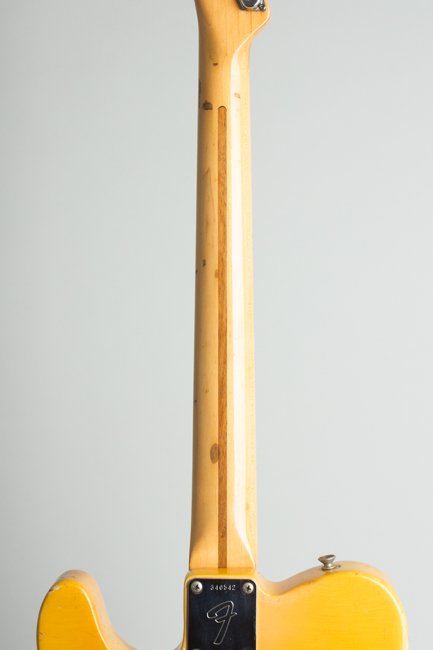 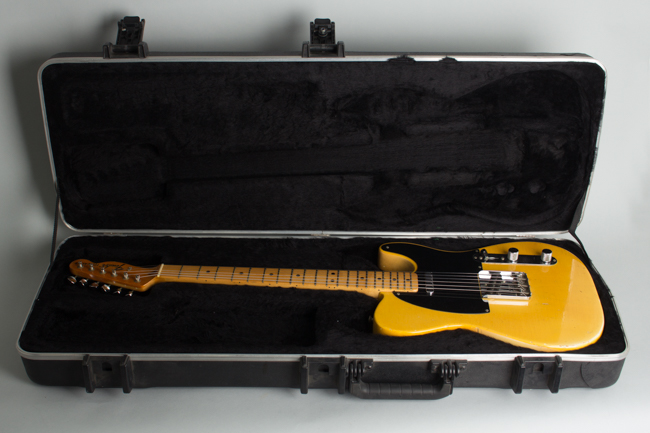 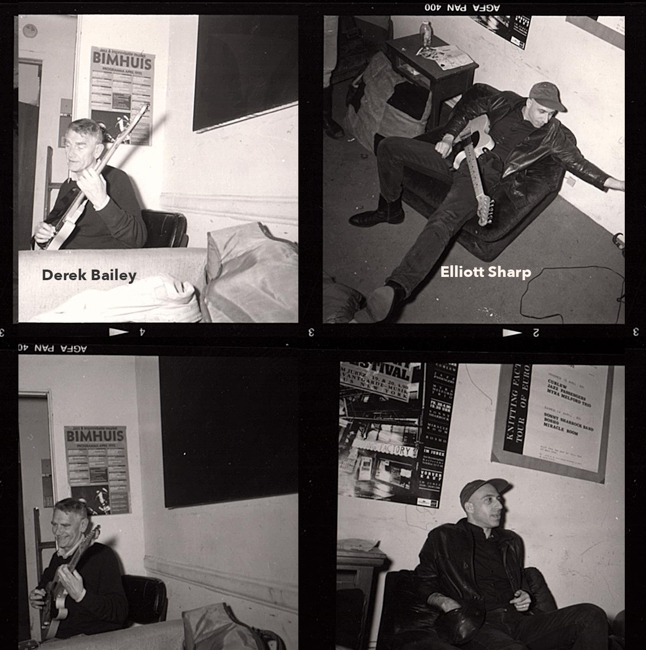 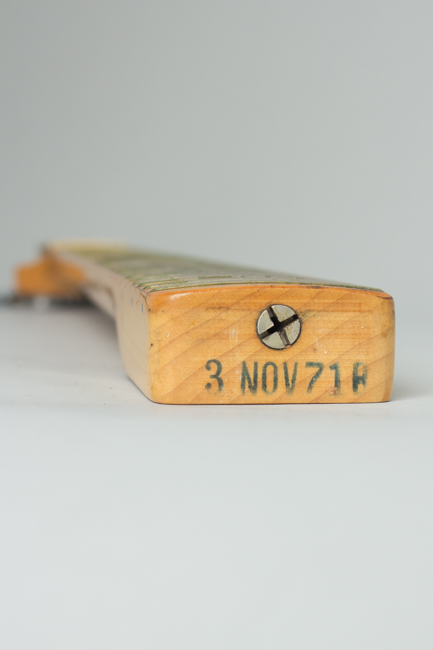 This is a well-played but largely original 1971 Fender Telecaster has been for some decades a major gigging and recording instrument of amazingly prolific New York guitarist/composer Elliott Sharp. This instrument has been heard on quite a number of his projects and he details its use as follows:

The guitar appeared in performance with the Hi-Sheriffs Of Blue with guests Richard Hell and Lydia Lunch, and later with the bands Terraplane and Mofungo and used for improvisational performances with Vernon Reid and John Zorn. The guitar has been played at many of the major NYC venues of decades past including the now much-missed CBGB's.

When used with SLAN (a trio of Ted Epstein, John Zorn, and Elliott Sharp) this Telecaster was played by their guest, the renowned English guitarist Derek Bailey.

As a recording instrument it can be heard with Elliott's bands Mofungo on the albums "Work", "Bugged", "Frederick Douglass" and "Messenger Dogs Of The Gods" and Terraplane on their "1st album", "Blues For Next", "Doing The Don't", "Forgery" and "Sky Road Songs".

Other recordings include: Semantics: "Bone Of Contention", Tectonics "Errata" and 4AM "Always" (an album which won a German Grammy equivalent: Jahrespreis der Deutches Schallplatten Kritiks) and Eric Mingus "Too Many Bullets...Not Enough Soul".

Aside from a replaced pickguard in the 1952 "Blackguard" style this hard-working remains original and shows features typical of its era. The one-piece maple neck is clear-dated Nov 1971 with Fender "F" logo tuners. The Fender logo decal is in the larger CBS style applied over the Poly base coat with a coat of lacquer sprayed over it, causing the headstock to yellow more than the rest of the neck.

The blonde body finish has ambered and "smoked" spectacularly and from a distance has an almost early '50s appearance. It may seem a distant memory now but gigging was a smoke-filled room affair in New York in the 1980s! This Telecaster has been party to a lot of history and remains an excellent instrument, proudly worn in but none the worse for it in the classic "takes a lickin' and keeps on tickin" Fender style.

Overall length is 38 3/4 in. (98.4 cm.), 12 5/8 in. (32.1 cm.) wide at lower bout, and 1 3/4 in. (4.4 cm.) in depth, measured at side of rim. Scale length is 25 1/2 in. (648 mm.). Width of nut is 1 5/8 in. (41 mm.).
This Telecaster shows some typical wear overall and a heavily "smoked" patina from its long active career, but remains a lovely instrument in mostly original condition. The only alteration is the replaced pickguard, all else appears original including the electronics with what look like untouched original solder joints. The finish has dings, dents and scrapes overall, mostly on the edges with some deeper wear to the back. There is a small crack in the piece of the body on the bass side between the neck pocket and neck pickup rout, not a structural issue but visible.

The neck has some general wear but is also unaltered and original. There are small dings and chips to the poly finish with a couple of deeper dings into the wood on the back behind the first fret area. The original frets are crowned fairly low with some divoting but are still playable; if this Guitar is to be heavily used a refret will be in order for some players before too long. This well-used Tele has a great sound and history, and has been a lot of interesting places! It resides in a later Fender-branded molded plastic touring case which is well-used but substantially intact and functional with part of one lower corner broken out on the outer shell and one latch missing. Overall Excellent - Condition.
×