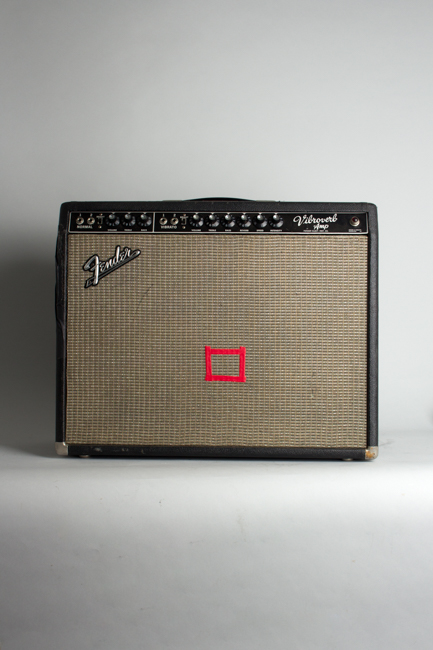 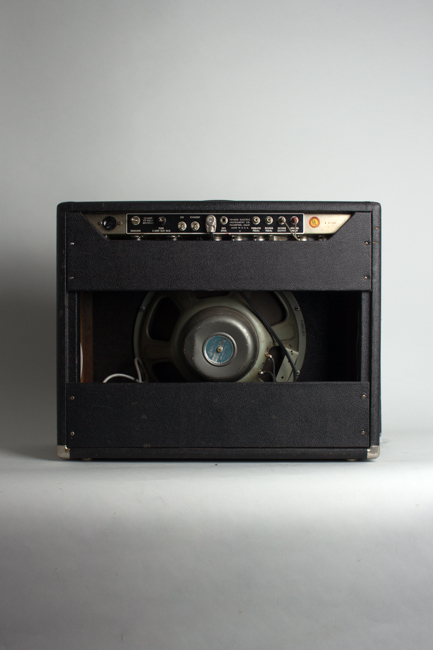 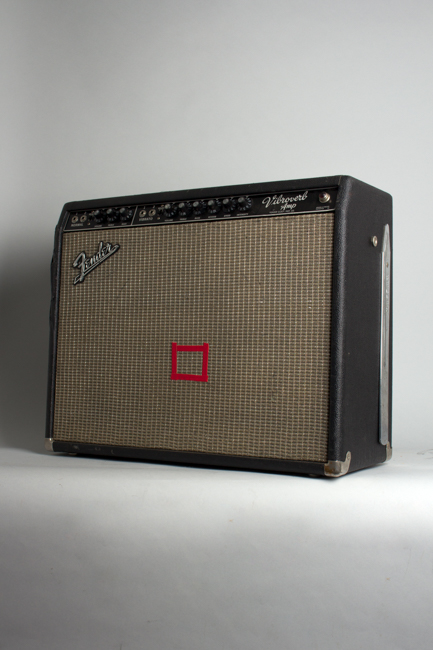 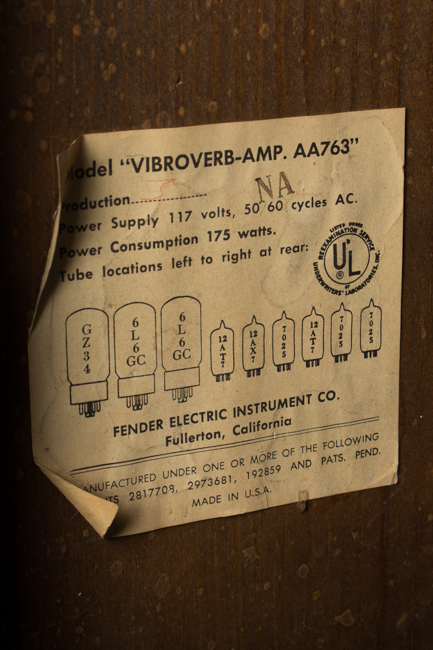 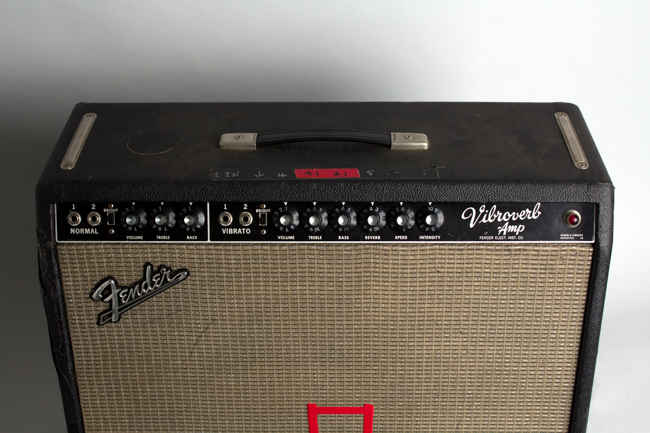 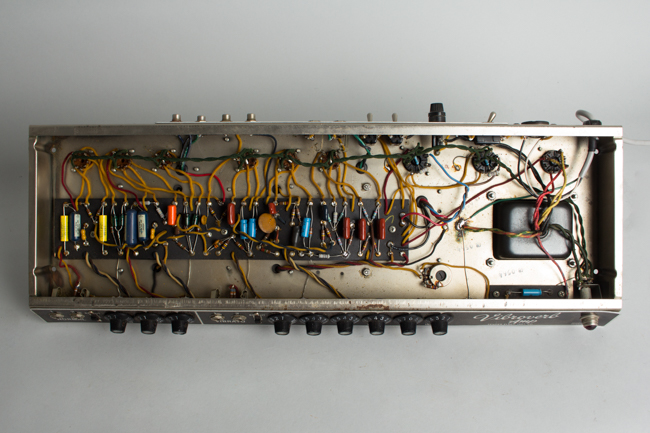 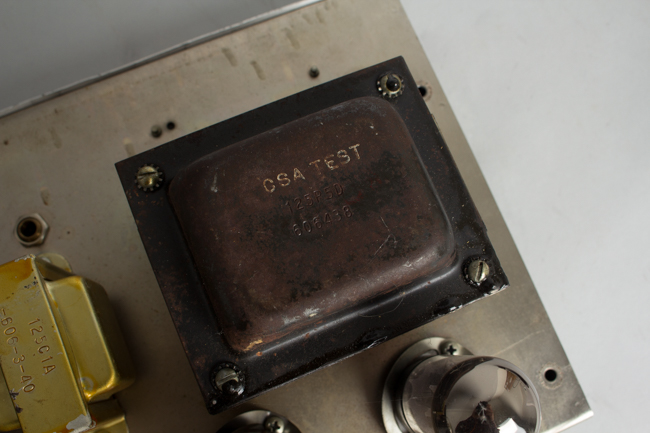 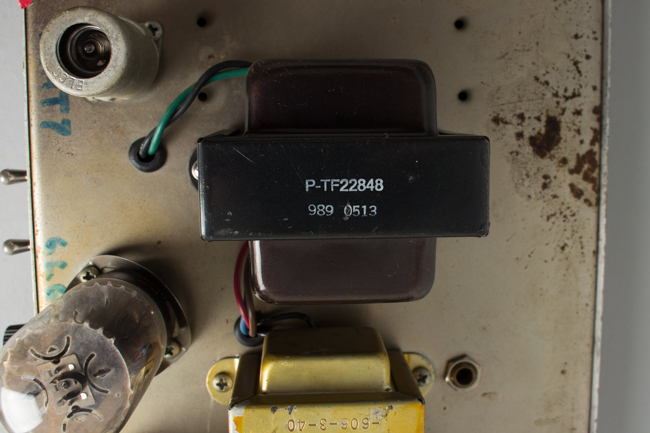 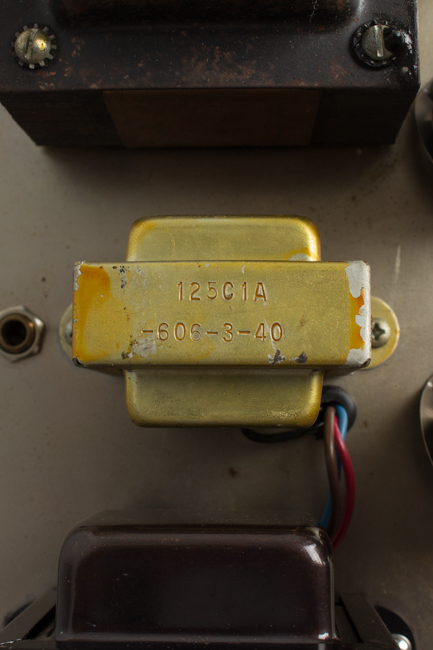 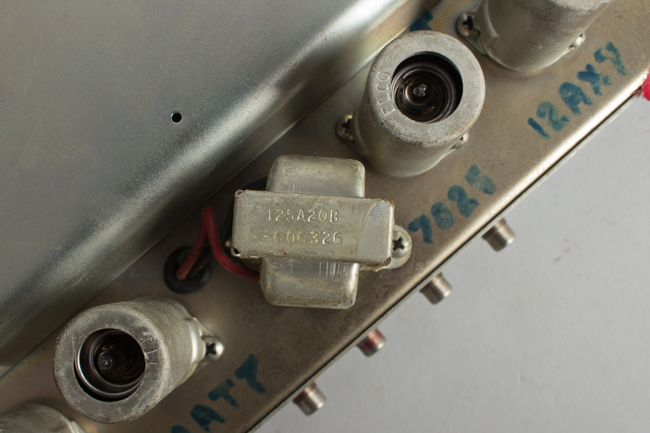 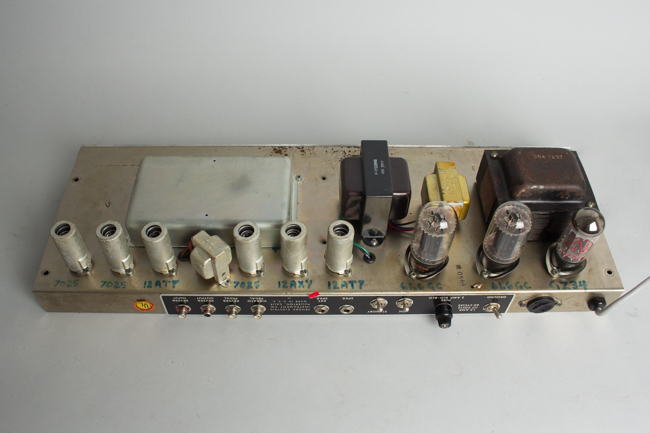 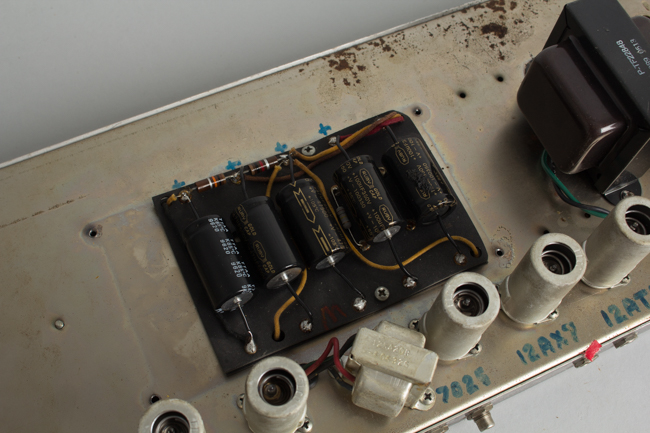 The 1964 Vibroverb is a sought-after Fender model, often cited as "The Stevie Ray Vaughan amp" but this one has a wholly different provenance as Ry Cooder's former main stage amp. It has some internal work but is not heavily modded from spec. There are stage markings on the face in red tape delineating the desired performance settings and proper mike placement. This amp has been worked on by Danny McKinney of Requisite Audio, who specially tuned it to Ry Cooder's touring specs. This amp shows a decent amount of touring wear overall, but is not too shabby for all that!

The Vibroverb was Fender's first on-board Reverb-equipped amplifier, putting out around 40 watts of power and the only 1960s Fender amp to combine a slightly darker-sounding 15" speaker with on-board reverb and tremolo. Early black panel Vibroverbs like this one originally came equipped with a 15 inch CTS speaker -- this has been changed at Cooder's behest to a 1959-dated Jensen P15P, a rare model combining the bigger N magnet with Q voice coil, with a sonic response between Q and N series.

This amp dates to January 1964 with a tube chart code of NA. The transformers are correct but not all original as follows: The Power transformer is a Schumacher coded 606 438. This is the exact correct model/part but a replacement made just months after the amp was assembled, so still period correct. The Output Transformer is coded 989 0513 and is also replaced, it is a year or so newer than the original. The Choke and Reverb Transformers remain original, Schumachers coded 606-3-40 and 606 326 respectively. The original pots date to the 50th week of 1963.

This Vibroverb has an older a three-prong grounded power cord, with a tube compliment mixing older and newer. There is a duct tape patch to the Tolex on the left side edge of the face and a ring-shaped mark on the top but overall the Tolex is not too heavily worn. We have tested the amp but not done our usual electronics maintenance work, preferring to leave it as it came direct from Ry Cooders amplifier maven Danny McKinney. The speaker has a bit of a rattle at higher volume levels, but sounds smooth at the settings designated as stage preferred. This could easily be replaced or reconed but again we prefer to keep it exactly as last used by Ry Cooder rather than "improve" anything! Very Good + Condition.
×