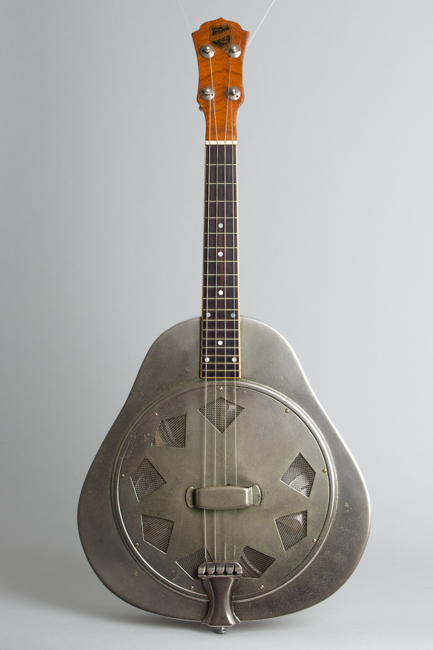 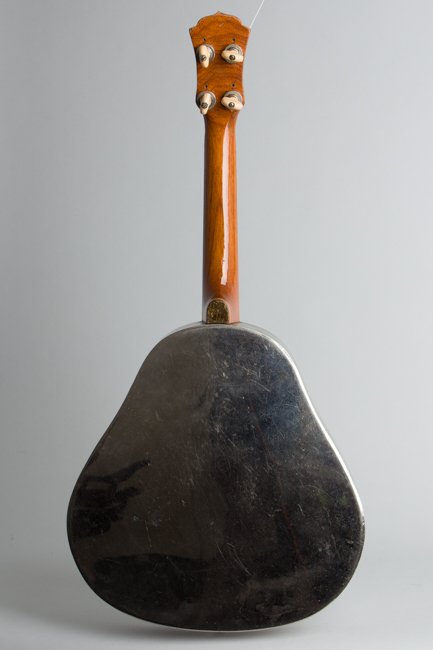 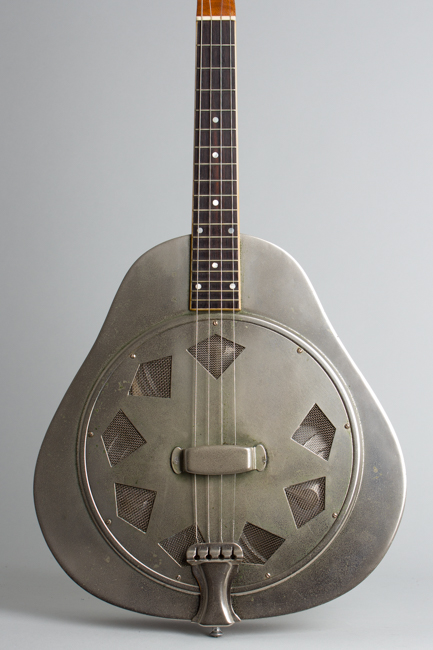 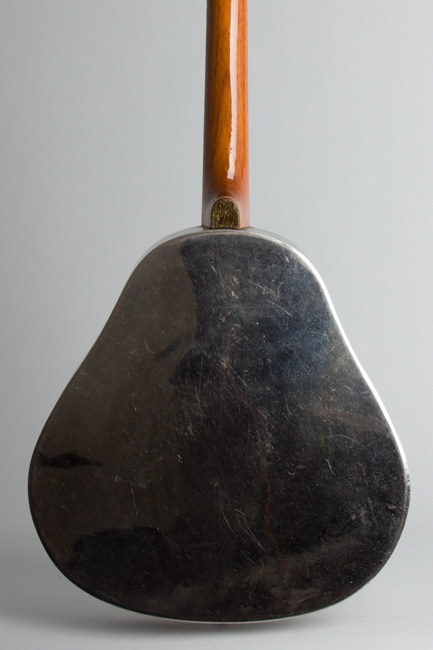 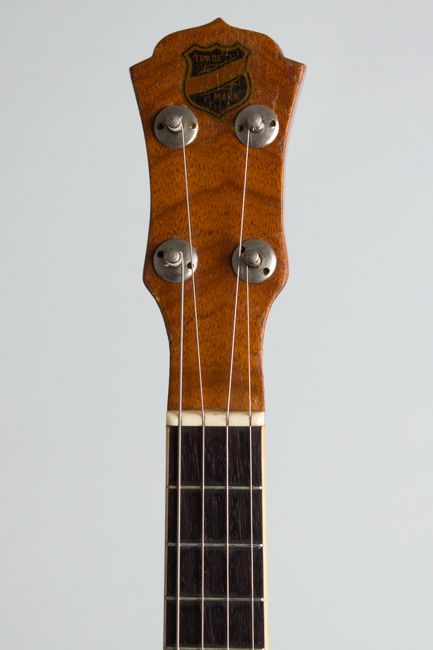 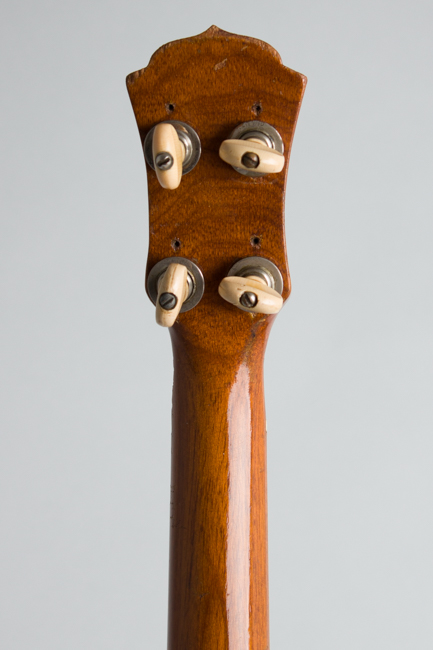 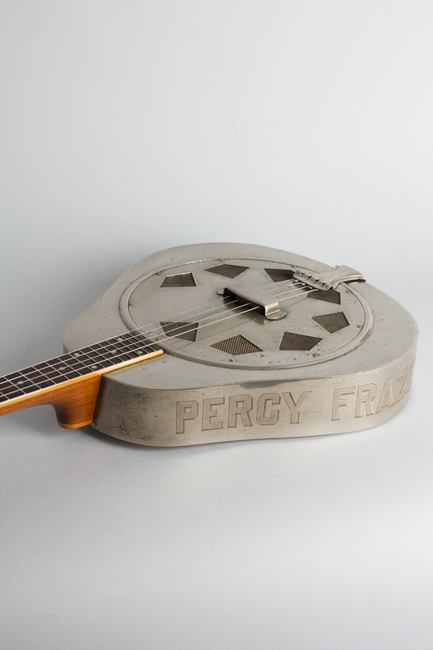 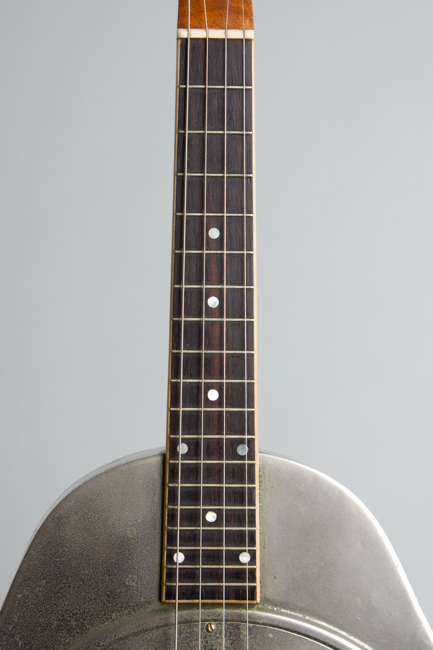 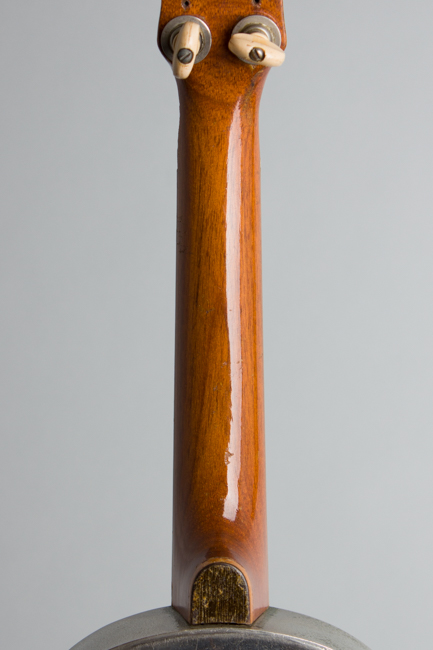 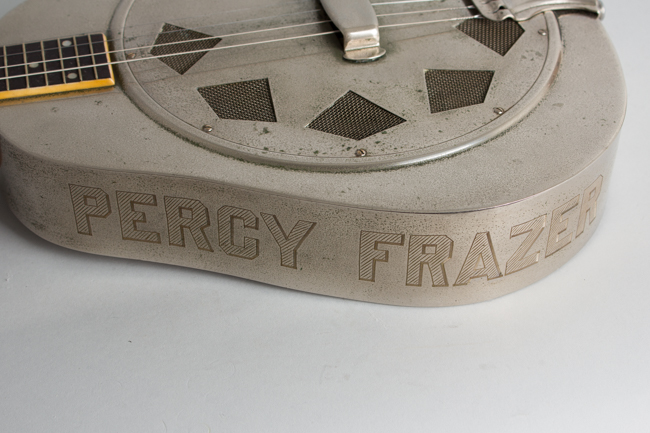 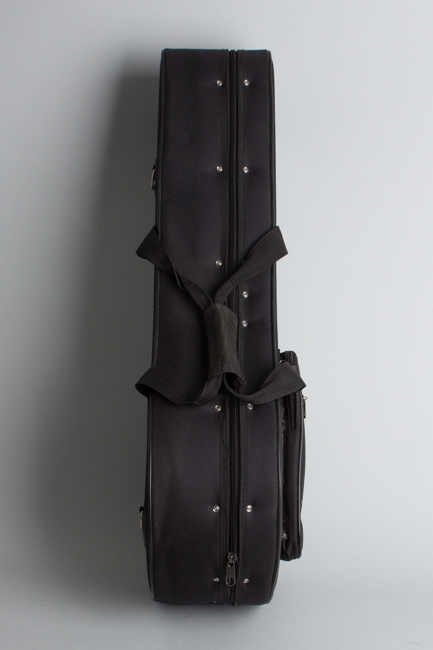 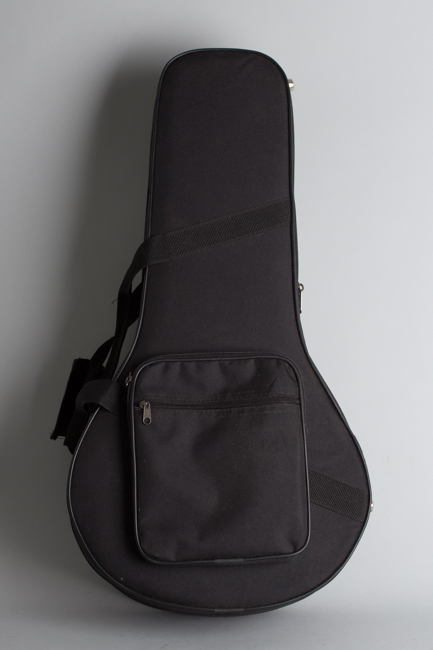 This is simply an exceptionally rare National, one of only a handful known to exist. The original Style 1 Tricone Ukulele is an important historical artifact as well as an exceptional and most unusual musical instrument. Less than 60 of this type of small-body instrument are believed to have been made by the recently-established National company of Los Angeles in 1928, and the majority were built to an 8-string mandolin configuration. This Style 1 Ukulele is one of only six or seven known extant examples of the 4-string variant.

The National String Instrument Corporation's first products, released in 1927, were German silver bodied Tricone Spanish and Hawaiian guitars. By 1928 National was already successful enough to expand the line to include mandolins, tenor and plectrum guitars and ukuleles all using the same triple-resonator system. The smaller dimensions of these bodies made assembly a complex and difficult procedure; around 60 serial numbers in, the mandolins and ukuleles were redesigned to use single-cone resonators. The mandolins kept this eccentric body shape while the ukes were changed to a smaller conventionally-waisted body.

This Style 1 carries serial #136, so is officially the 36th one built. The German silver body has three small cones fitted in a well in a triangle pattern under the tri-armed bridge that activates them. The oddly-shaped body is topped by a round coverplate with small screen holes in the face. The mahogany neck has a bound ebony fingerboard with pearl dot inlay. The heavy tailpiece is more typical of a mandolin than ukulele and was shared with tenor and plectrum guitars.

National's success with Hawaiian musicians made offering a ukulele a no-brainer, but this first attempt was very large and much heavier than a conventional wooden uke. It likely seemed awkward to most ukulele players, although possibly less so for mandolinists. The subsequent more conventional smaller single-cone metal body ukes proved middlingly popular, but National's ongoing success largely rested with resonator guitars.

This instrument was factory customized for the original owner, with the name "PERCY FRAZER" neatly engraved in large block letters on the bass side of the body, where at least he would see it while playing! Despite being cataloged as a ukulele it is strung with steel strings tuned in 4-string mandolin format, which appears to be what Percy requested as the original nut is configured that way. The instrument could be adapted to traditional uke tuning with either gut or metal strings if desired. It has a very powerful sound in this mode, sweeter than one might expect with considerable carrying power. John Dopyera's personal instrument was set up the same way, so perhaps Percy was a friend of his and requested a similar instrument!

The instrument is structurally sound and remains in mostly original condition. The tuning pegs are 1920s Weymann tuners of a type sometimes seen on Nationals of this period, but are not original to this instrument. There were guitar style pegs installed previously, leaving a few small holes on the back of the headstock that could be restored with some touch-up if desired. The nickel plated finish has a moderate level of tarnish overall, and the body shows some small dents and light scratching mostly on the back. The decal is under the lacquer topcoat and has a bit of pulling up off the wood but none of it has flaked away.

The instrument plays and sounds excellent as currently configured in 4-string mandolin tuning with steel strings. It could be set up in ukulele tuning with nylon or gut strings minor alterations to the nut and saddle if desired, but this steel string 5ths tuning appears to be what it left the factory with. While it shows some general wear and tear this is a fine example of an exceptionally rare product of the original National company in Los Angeles. Overall Excellent - Condition.
×