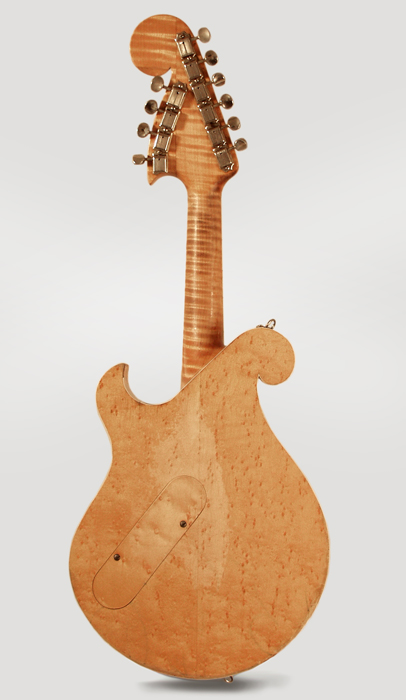 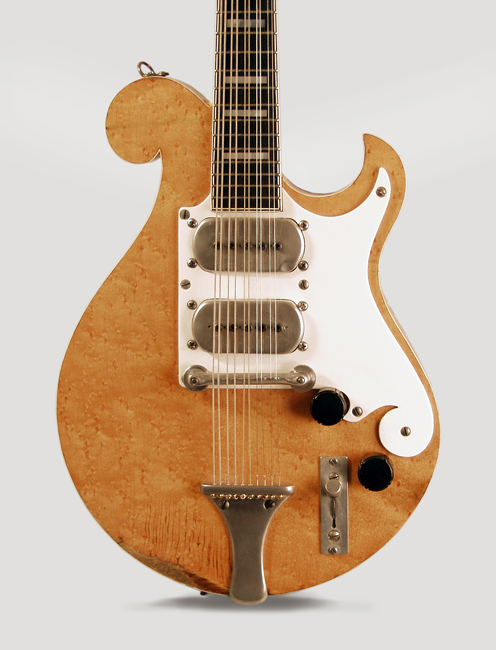 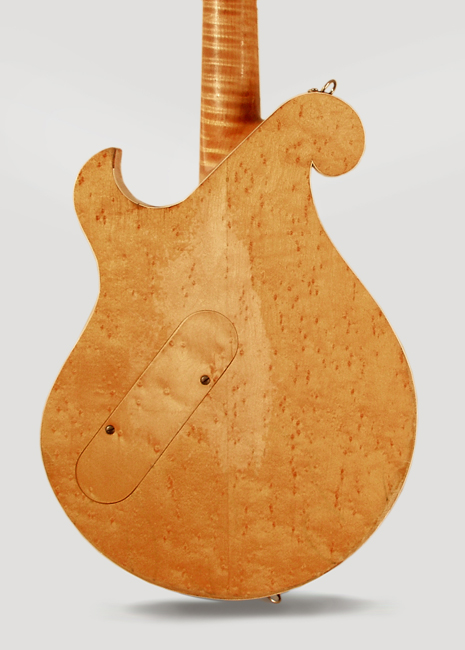 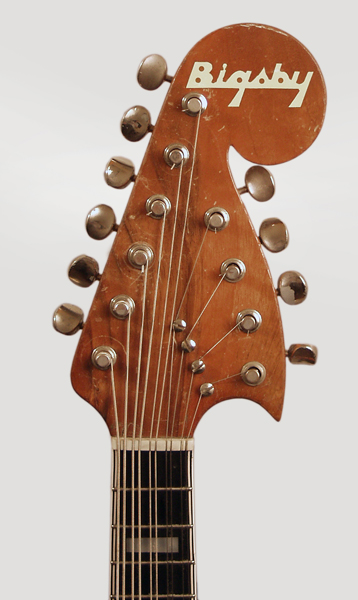 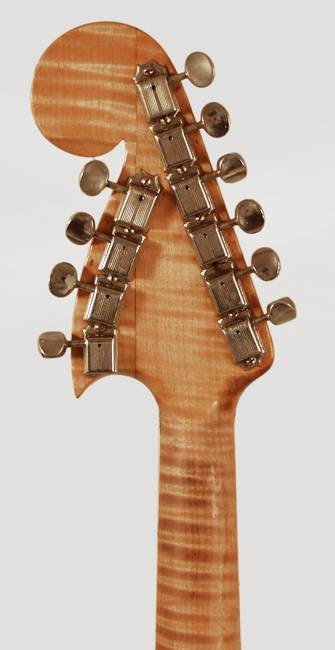 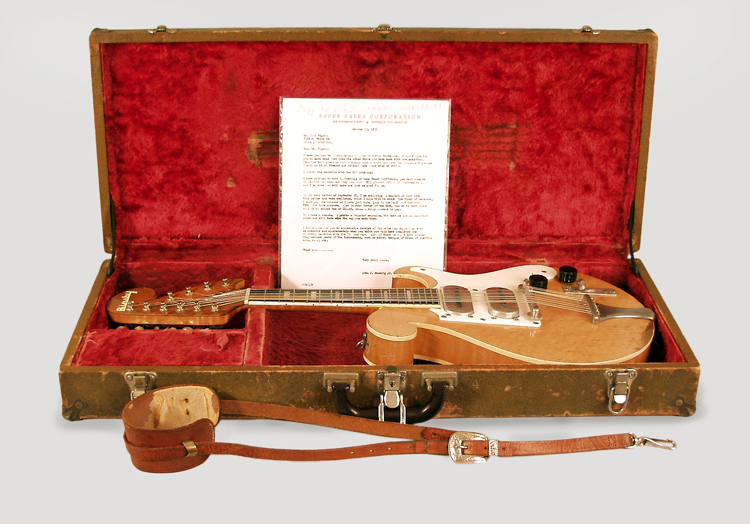 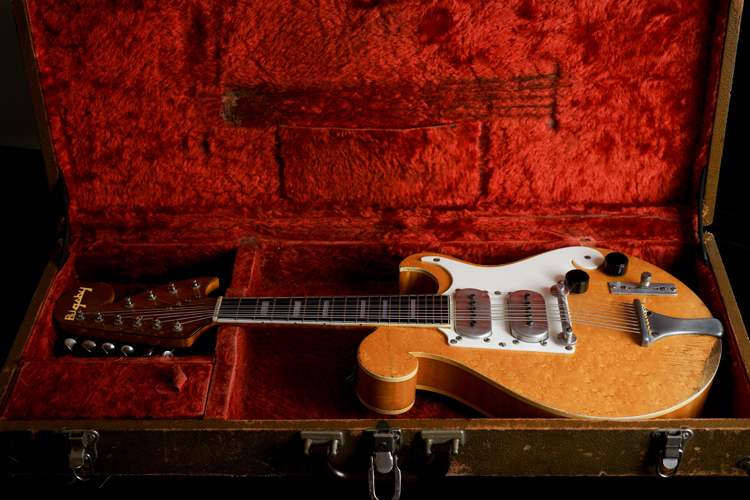 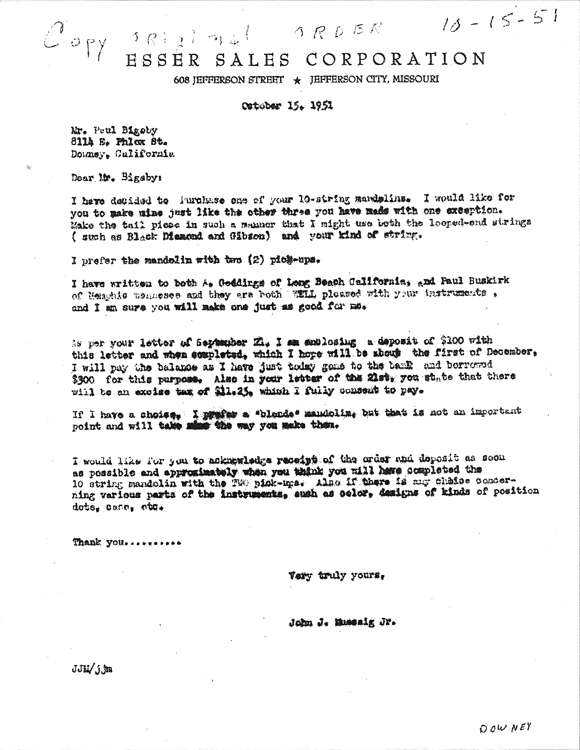 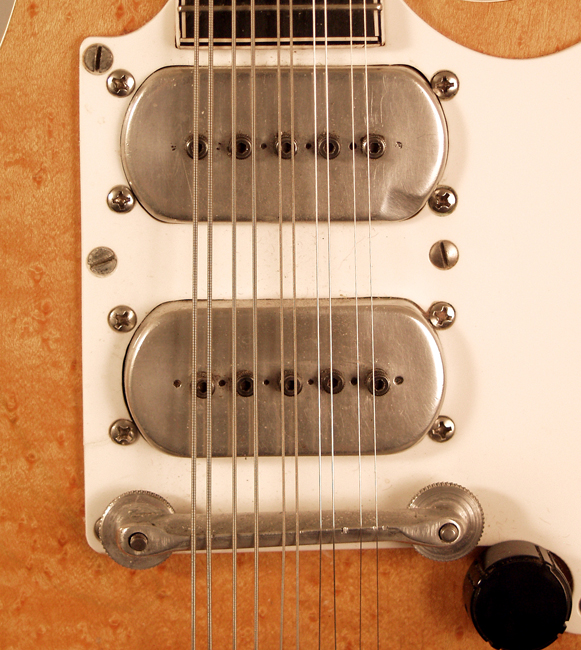 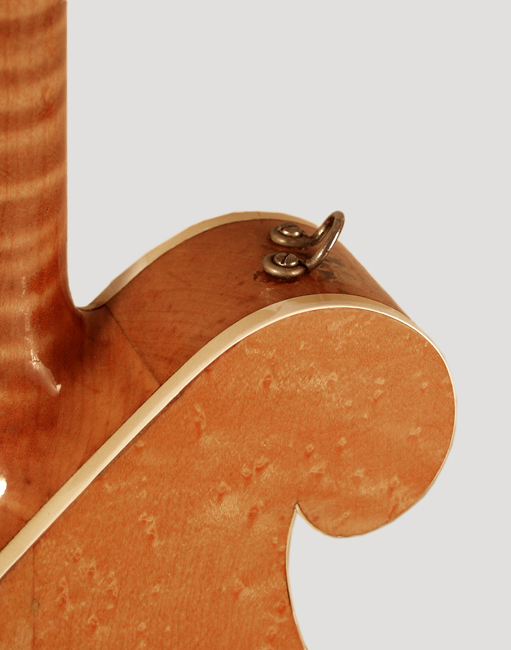 This most unusual instrument is one of the rarest even we have ever handled: a 1951 Bigsby 10-string solid body electric mandolin, one of only a handful Paul made in the early 1950’s. The best educated guess is that Bigsby made a maximum of 8 or 9 mandolins of all types between 1949 and 1956, and none after. After several top “Hillbilly” musicians began playing Bigsby electric guitars, mandolins and steel guitars, he quickly had a waiting list two to four years long. Bigsby refused to consider mass-producion (Leo Fender’s stock-in-trade), instead making one piece a month in his garage completely by hand, which accounts for the cachet of any original Bigsby—it was created by the hand of the man himself.


This particular mandolin was originally ordered by a Jefferson City Missouri DJ named Johnny Muessig in 1951, who owned and played it for many years. It sports five courses of strings instead of the usual four, a configuration popular in western swing. It is all original if well played, a birds-eye maple beauty that only re-surfaced a few years back. This ultra-rare bird also comes with the original hand-made rectangular case (Bigsby made his own cases as well), a period “cowboy” strap and a nearly unique piece of documentation: a copy of the original order letter from Muessig to Bigsby. The sound is both unique and spectacular, and just holding this practically unique piece is a unforgettable experience.