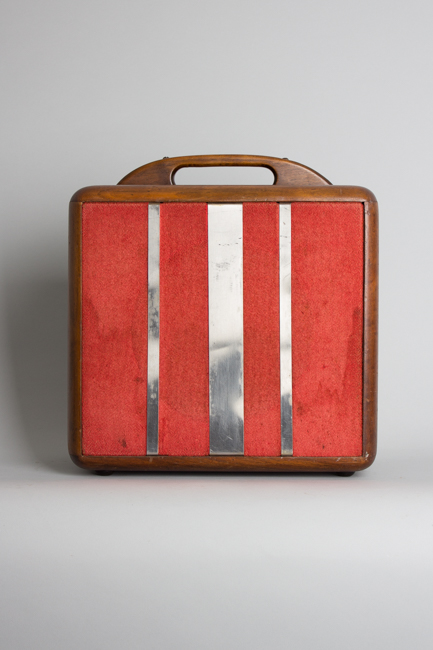 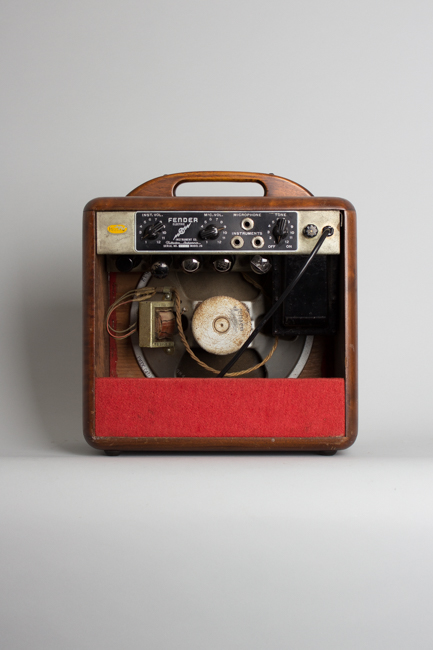 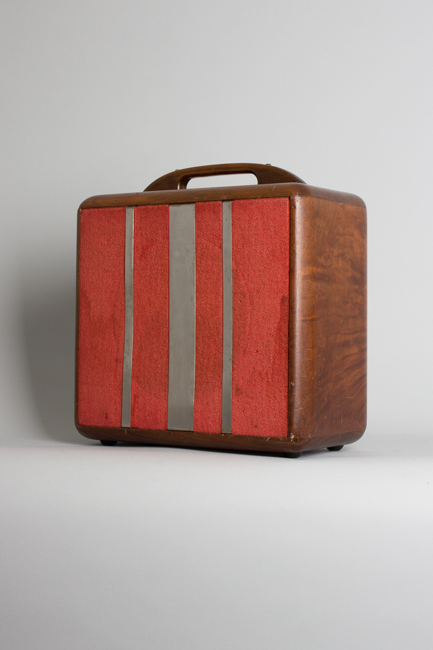 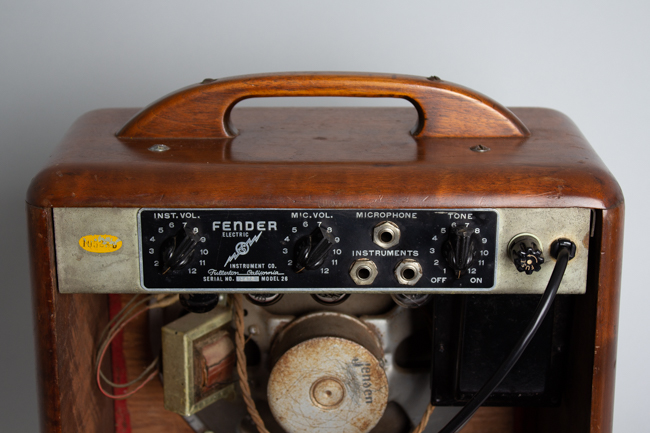 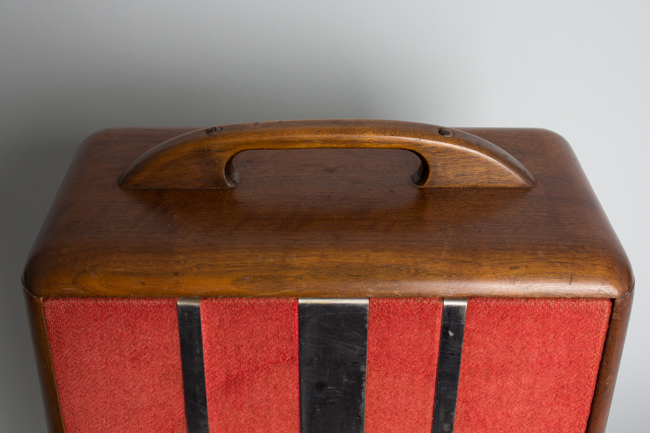 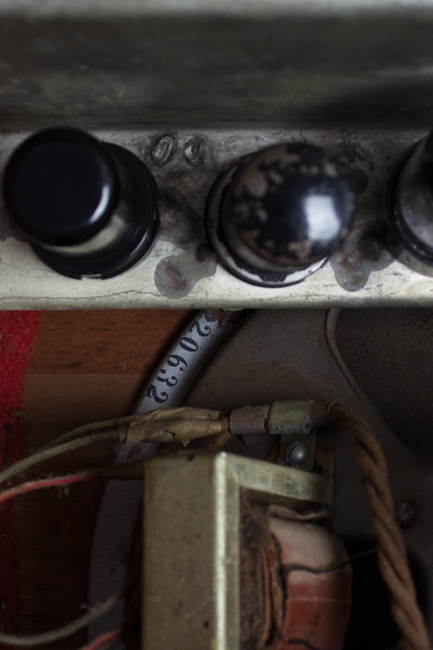 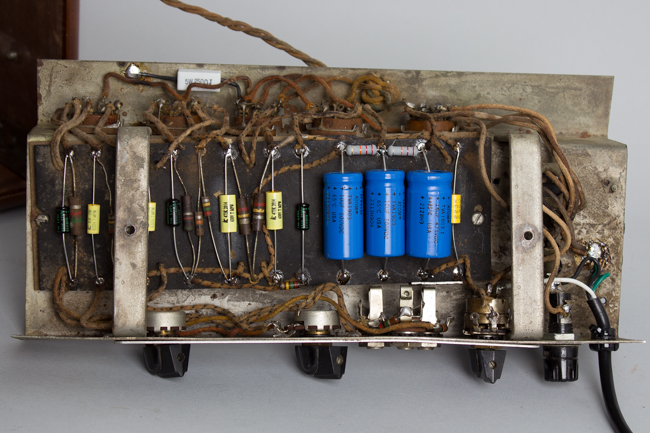 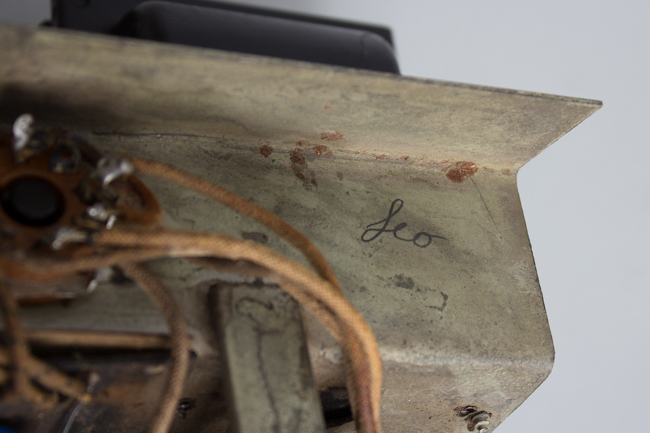 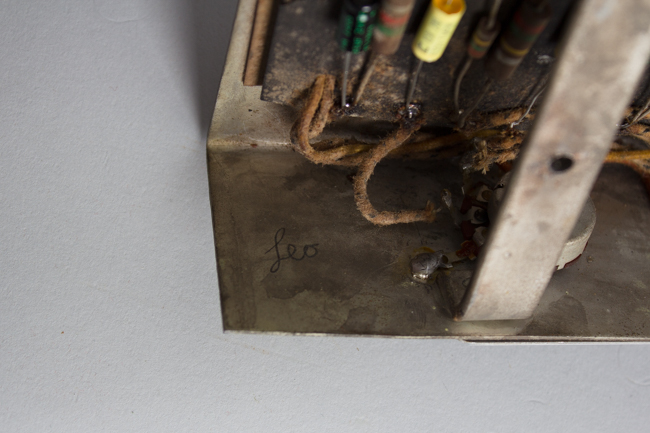 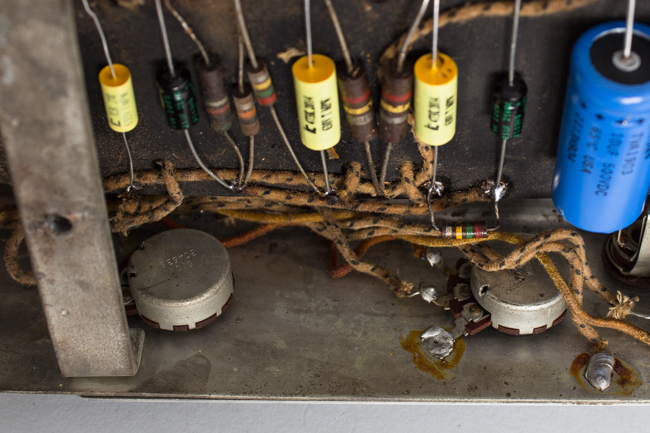 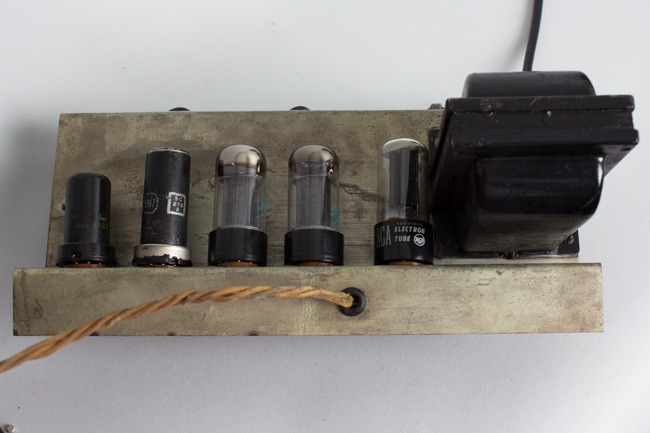 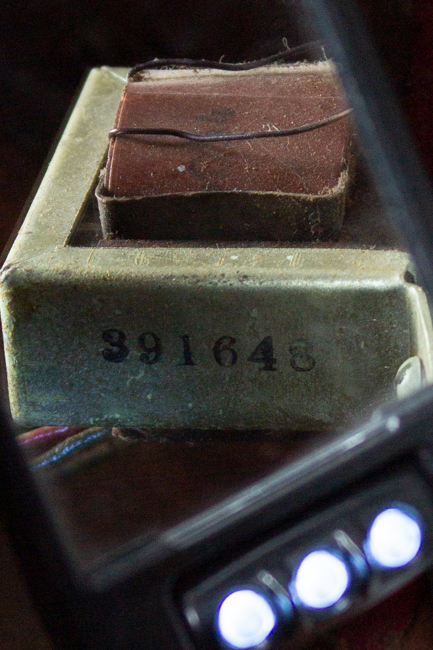 All Fender amps trace their lineage back to the company's holy trinity of "Woodie" amplifiers from the mid-to-late 1940s. Alongside a small line of lap steel guitars they were the first products to bear the Fender name, appearing after the dissolution of the relatively short-lived K&F Manufacturing Corp. Leo Fender's original partner Doc Kauffman was feeling unsure of the future of the business, so Leo gave him a punch press as a payoff and soldiered on under his own name!

Designed to be used with Fender's early steel guitars, the new trio line-up; the Princeton, Model 26 Deluxe and the Professional were a notable step-up in both design and construction from the earlier nameless amps of the K&F era. They were built with elegant and simple hardwood cabinets (eventually inspiring the nickname "Woodie" amongst collectors), and their ruggedness, sound quality and reliability far surpassed most standards of electric instrument amplification of the time.

Released in the spring of 1946 and lasting only about a year and a half, the three models were together intended to satisfy differing customer demographics but shared an elegantly simple design in both look and circuitry. Their hardwood cabinets came in "gleaming blonde maple", "black walnut" and "dark mahogany". This Model 26 is the Mahogany variant. Their plush grille cloths came in red, blue and yellow/gold, with matching material on the rear lower back panel. The front features three metal strips running vertically over the speaker opening; a thicker center strip flanked by two thinner ones, which, according to Fender, added "flash and brilliance to their already sparkling appearance".

All three models had a wooden handle on top and the upper-tier models, the Deluxe and Professional, had rear-facing control panels with black pointer-style control knobs and stenciled graphics, including a new logo reading "Fender Electric Instrument Co., Fullerton, California" accompanied by the K&F lightning bolt from the year before.

This, the Model 26 Deluxe, was the midline model of the three and was billed as basic professional level model. It sported a push-pull 6V6 design (like its successor, the Deluxe) putting out around 14 watts into a single 10" speaker, in this case an early Jensen permanent magnet design. The control panel on the back features three inputs total, two instrument and one microphone, with one volume control for each designation as well as a master tone control doubling as a power switch.

The "Model 26" designation disappeared almost immediately but the "Deluxe" name would carry onwards in a long line of iconic amps over the several decades, with its tweed-clad "TV-front" successor just around the corner of 1948. Indeed, as noted guitar historian and author Tom Wheeler notes in The Soul of Tone: Celebrating 60 Years of Fender Amps, "Princetons, Deluxes and Pros would be cornerstones of the line for much of the next 60 years." This early model is the lodestone from which all of would spring, a sublime if humble-looking piece of the earliest Fender grail.

This is a simply stunning and beautifully preserved example of one of the very earliest Fender products we have ever seen. The cabinet is in great shape considering the amp is probably past its 75th birthday! There's some minor wear and scuffs, but overall the "dark mahogany" finish is beautifully intact. The bright red plush grille cloth is mostly untarnished save for some subtler staining around the lower half. The rear cloth is in exquisite shape and the protective metal strips show no signs of corrosion and minimal wear overall. The rear control panel plate is in great condition with only minor signs of wear, but all lettering and graphics are intact.

Electrically, the amp remains nicely original. The original 10-inch permanent (ceramic) magnet Jensen PM10C speaker still retains the original cone, which sounds fantastic despite its old age (though we would advise against running the amp at max volume with a high output instrument in order to extend the life of the speaker cone as long as possible). The speaker is marked 220-632, dating it to the 32nd week of 1946. Both the power and output transformers are original and the Altec-Lansing-made output transformer bears the stamp 391-648, dating it to the 48th week of 1946. The pots are dated between the 38th and 39th week of 1946.

The amp appears to bear Leo Fender's handwritten "LEO" signature in pencil in two spots on the inner chassis; While this is impossible to absolutely verify as Leo's hand it looks good and certainly adds some mystery and mojo to this unit!

While we normally strive to preserve historic originality in a piece such as this, leaving in as many original components as possible, this particular amp had seen some dubious repair work over the years, at which point our typical TLC was needed and warranted. This includes replacement of all electrolytic caps, as well as several coupling caps. The original tone pot/switch was damaged beyond repair, likely due to the original wiring which had the control connected to the plates of the 6V6s, making the pot subject to very high voltage swings during operation (in fact, you could see sparks flying inside the pot while playing!). A subtle change was made to remedy the issue, making the amp safe for modern day use and a new switching pot was installed (the original is still included with the amp). A new grounded 3-prong power cord has been installed as well and all sockets, pots and jacks have been cleaned and the amp biased to spec.

This remains a fabulous example of a nearly pre-historic Fender amp and a marker of the very beginning of Fender's legacy of many of the world's greatest amplifiers. And, incidentally it sounds absolutely magical! Overall Excellent Condition.
×