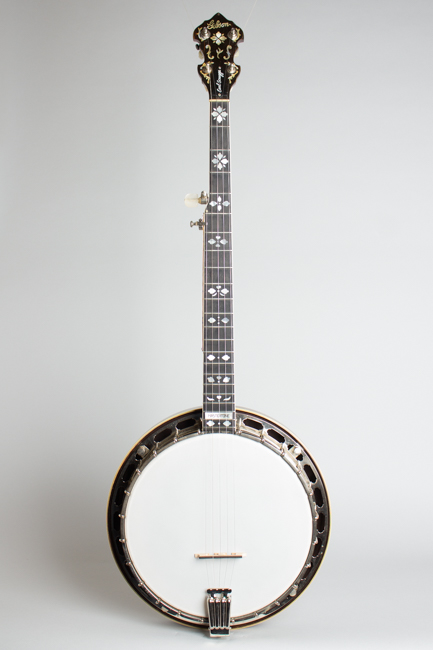 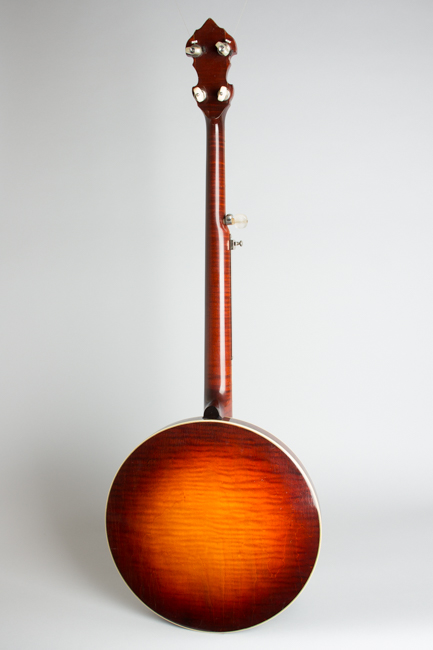 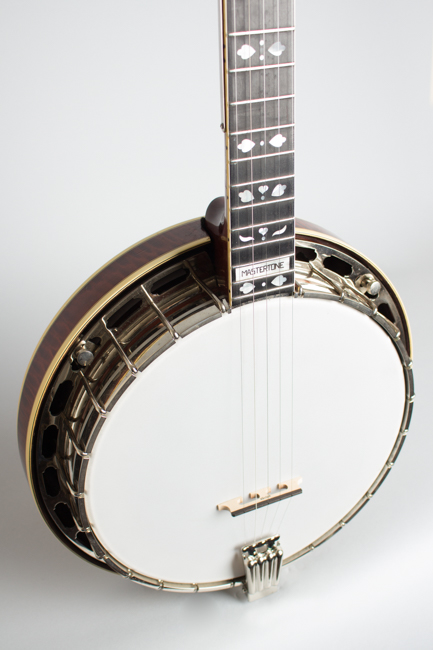 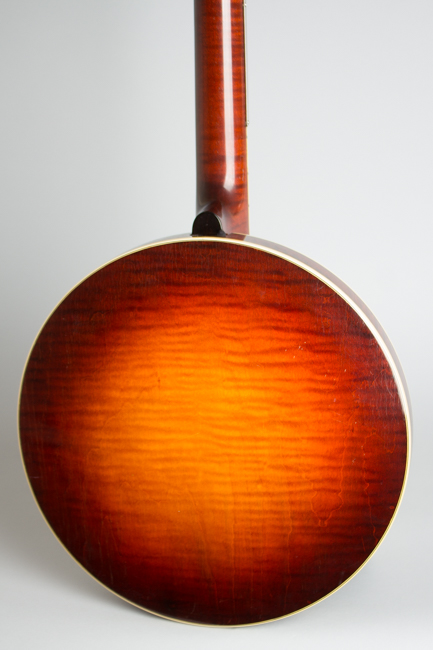 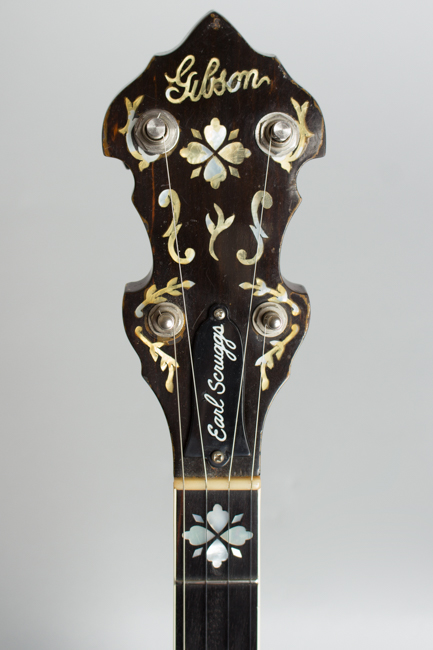 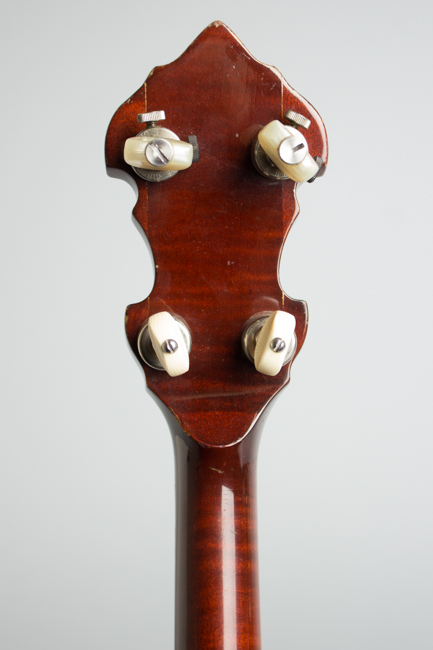 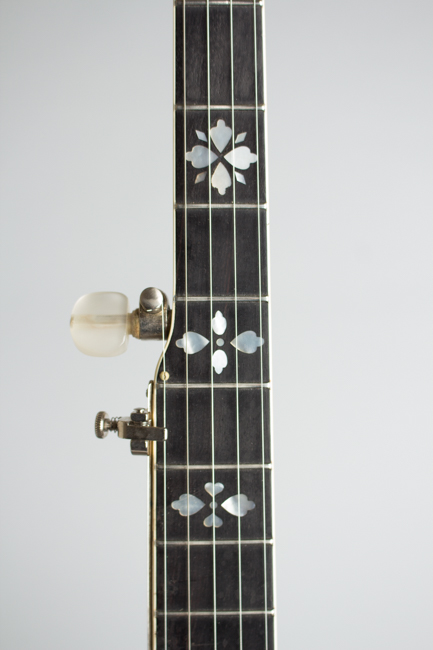 This banjo has seen a decent amount of play but remains a very nice example of one of Gibson's best Mastertone re-issues. There are some parts changes consistent with an actual Scruggs-style player including variable-pitch Scruggs tuners for the second and third strings and a sliding capo for the fifth. The tailpiece is a newer clamshell style re-issue, and there is no armrest. All other parts appear original.

The finish shows some wear with small dings, rubs, and chips, most visibly on the headstock. The fingerboard has some small fills where railroad spikes for the fifth string were mounted and removed. The truss rod cover adorned with Earl Scruggs name has a small repair to the bottom screw flange. The interior label is signed by Scruggs and this is a very good playing and sounding banjo, a tribute to his name and Gibson's. Overall Excellent - Condition.
×