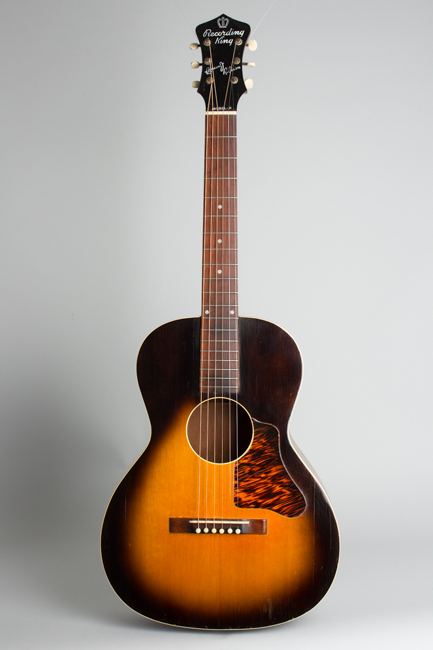 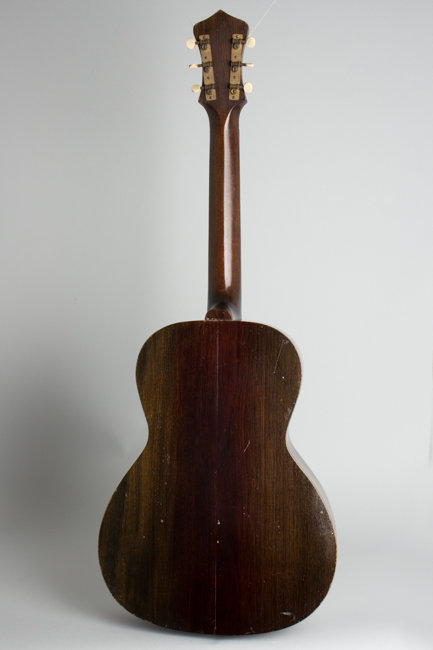 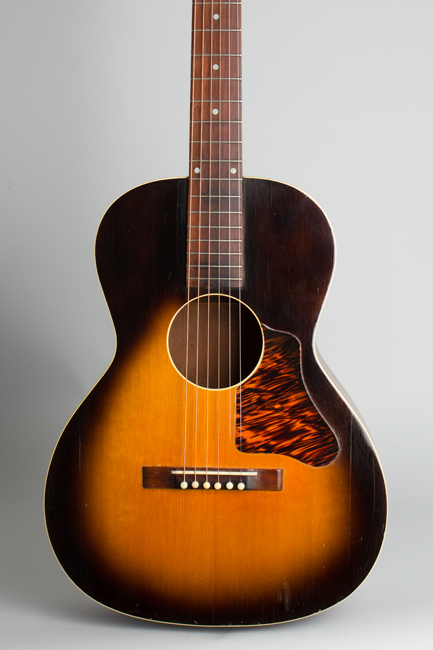 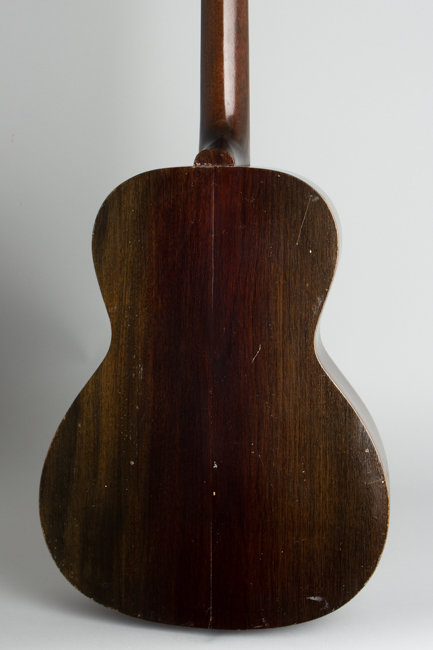 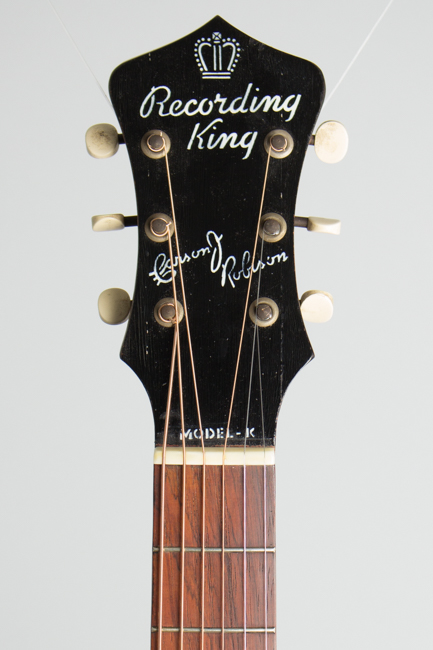 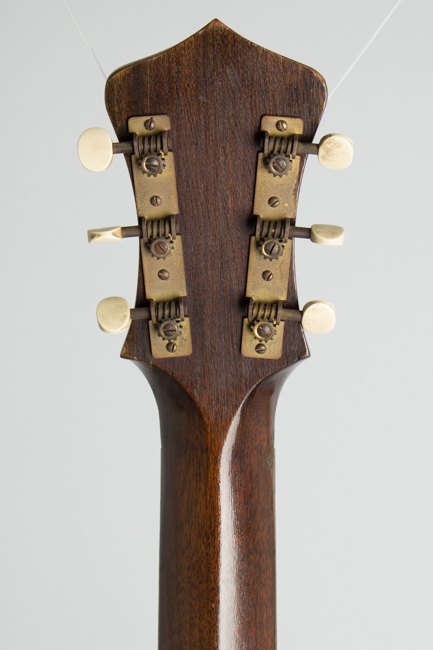 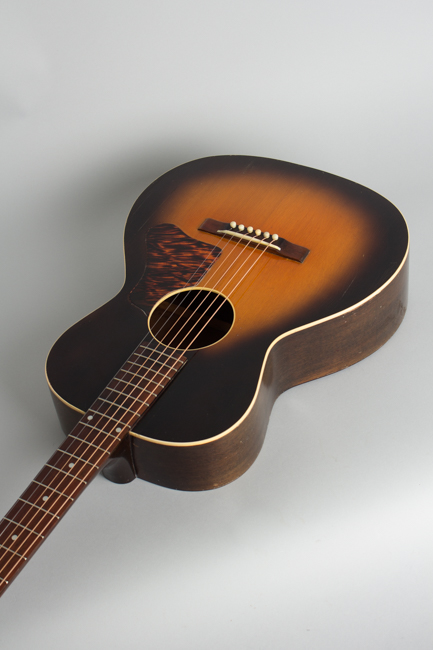 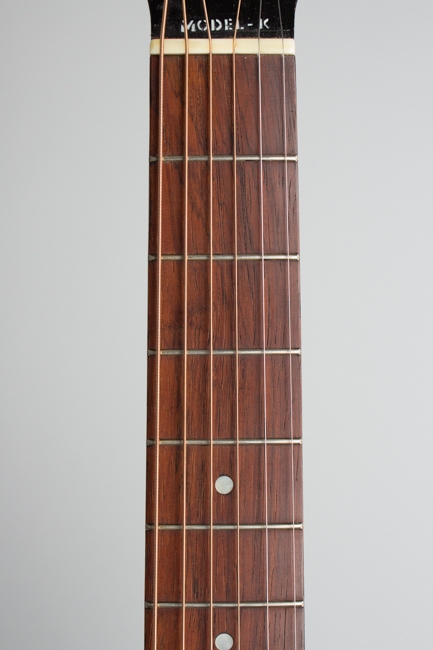 This interesting guitar was an offering from the 1937-9 Montgomery Ward catalogs, built by Gibson for the mail order house's "Recording King" brand. It was named for long-time Gibson endorser, singing cowboy, and radio entertainer Carson Robison, who lent his moniker to a number of different fretted instruments in the '30s.

This was originally built as a Hawaiian style flat-top, with the typical 12-fret neck joint used by Gibson only on steel guitars by this time. It is now set up for standard play. Overall it is very similar to Gibson's own HG-00, made of the same materials with the identical body and neck specs, but with a slightly heavier ladder-braced top. The neck has a wide but fairly shallow "V" contour; these never had a square neck.

The "peaked roof" headstock is adorned with a "Recording King" logo and crown stencil, with the Carson Robison signature stenciled beneath. The vibrant sunburst top, thin rosewood bridge, and "firestripe" celluloid pickguard were shared with the similar Kalamazoo models. The tuners are open-back pre-war Waverly strips with an unplated metal baseplate and white plastic buttons.

This model was a considered a student-grade guitar but offered an exceptional value in a quality instrument at a very low price of $9.25 -- "worth $25.00 of anyone's money", according to the Ward's catalog. It's certainly one of the best-sounding Kalamazoo-style guitars we have had; the 12-fret design offers a distinct sonic advantage on this style body.

This originally Hawaiian-style guitar has been converted to Spanish play effectively but not as neatly as we might prefer; nevertheless, it remains a good-playing and sounding pre-war flat-top from Kalamazoo. There are repaired cracks on the treble side of the heel a bit under the fingerboard and a sealed seam split to the back on the center line. Some finish blushing from steam is visible there as well. The end of the heel shows some fill.

The top has several neatly repaired grain cracks on the lower bout, which actually look like old seams in the probably multi-piece spruce top. There appears to be a sealed grain split off the bass side of the fingerboard as well. The finish has dings and small scrapes but not a lot of play wear. The frets look practically unused; it appears this guitar has been little-played since its conversion from Hawaiian. The bridge has been solidly reglued and the saddle arched for standard play. This guitar plays very well and has quite a powerful soun,d and although no longer a $10 instrument (!) still represents an great value in a pre-war solid wood guitar. Very Good + Condition.
×