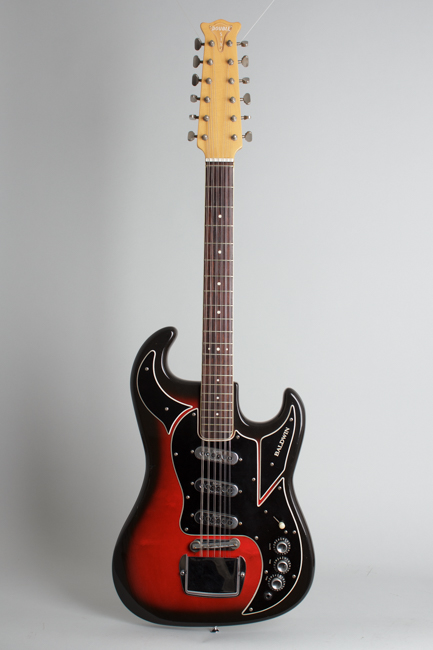 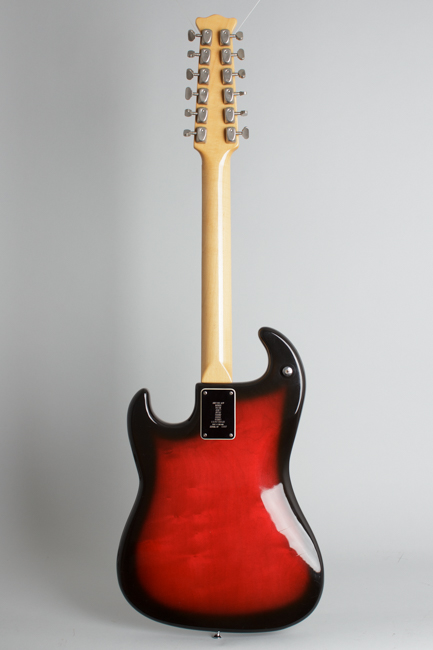 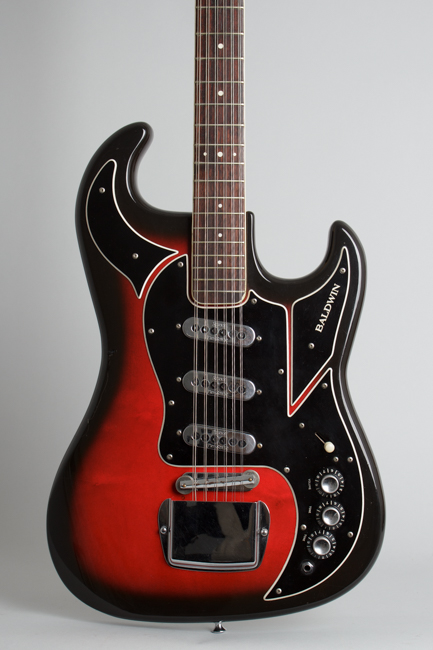 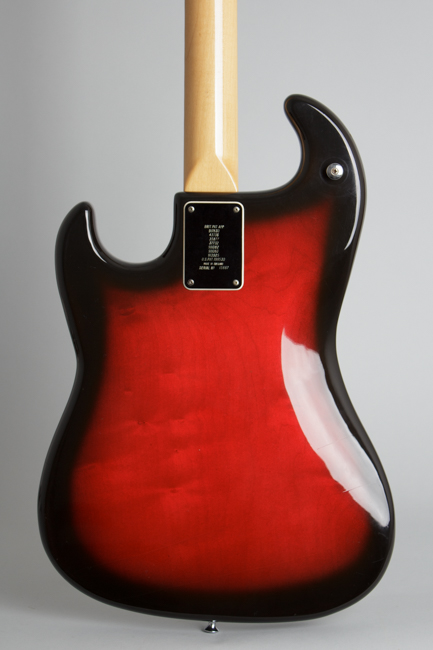 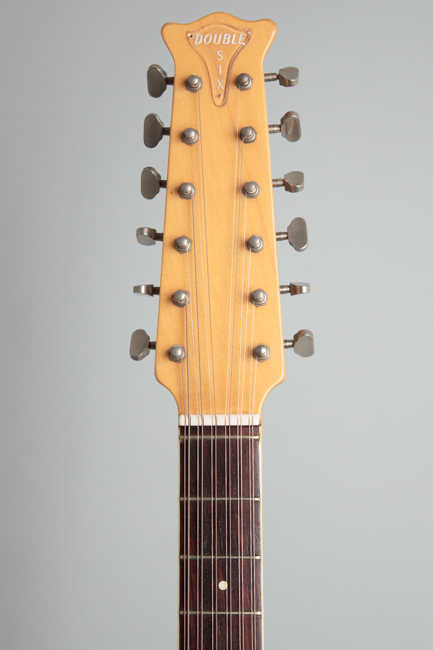 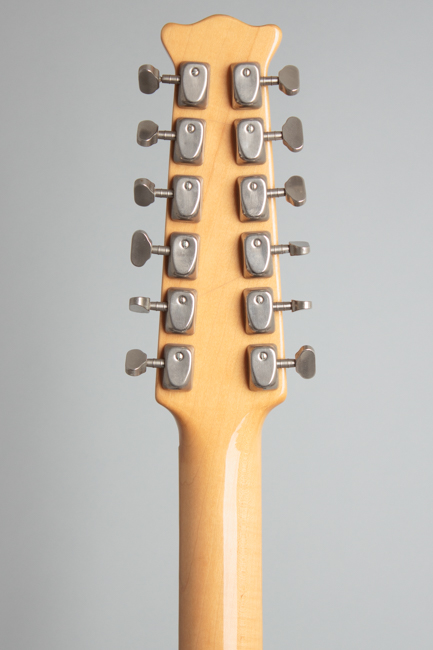 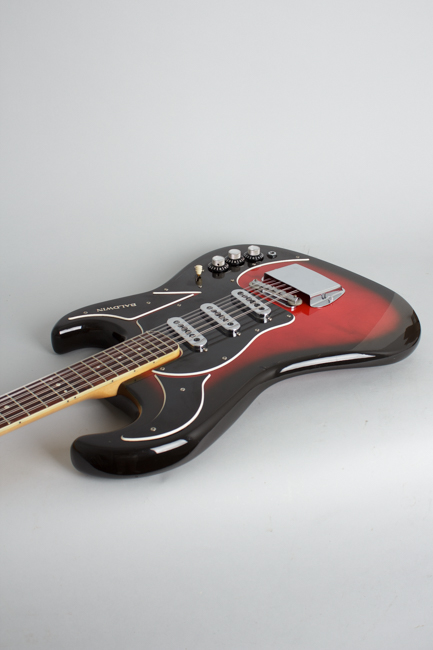 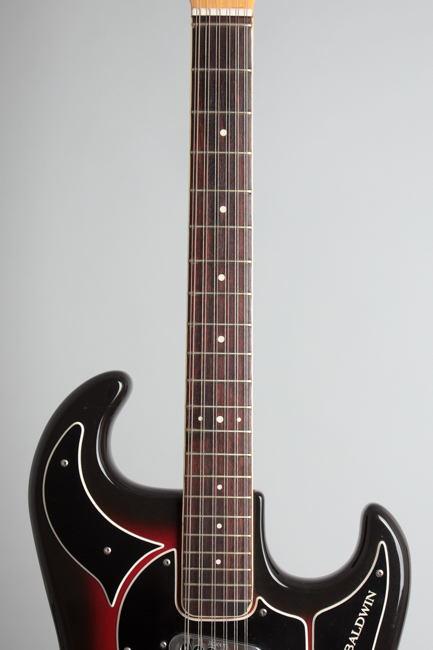 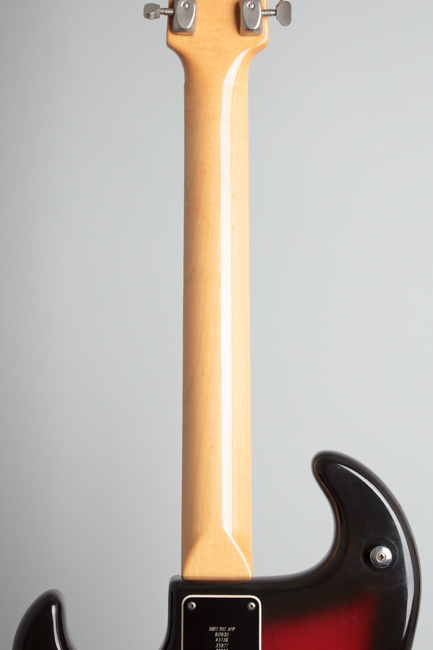 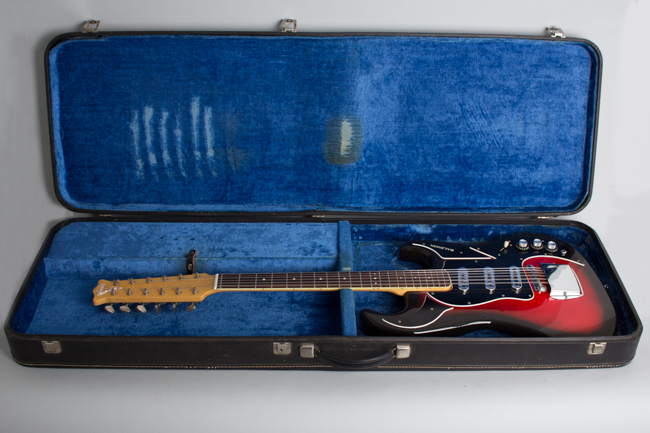 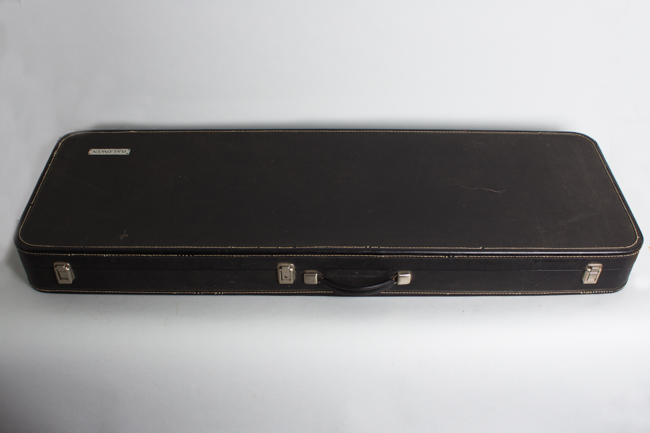 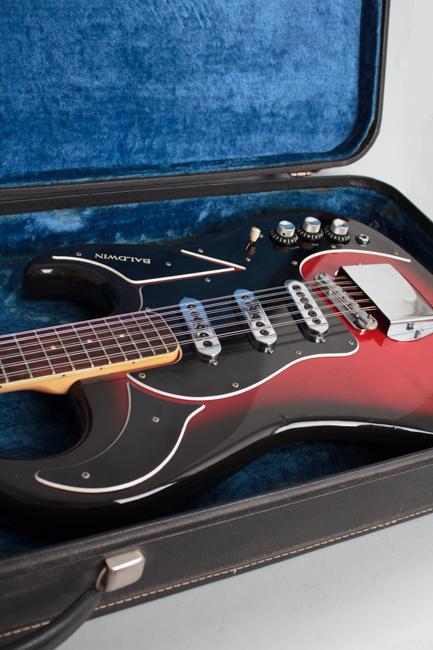 The Burns Double Six is one of our very favorite electric 12-strings and a true offbeat 1960s classic. With its wide comfortable neck and three powerful Tri-Sonic pickups this British-made 12-string is a versatile and great-sounding instrument for many applications. It is also a supremely striking looking machine, with a dramatic black-to-red sunburst finish on the sycamore body with a natural neck.

The Double Six is equipped with three single-coil Burns Tri-Sonic pickups giving it a clear and very powerful sound, controlled by a straight-from-the-Strat single switch and three knob wiring rig. The big wide neck is a treat for players who feel constrained by the typical narrow Rickenbacker-style 12 string fingerboard, and the long 25 1/2" scale offers a lot of room to get around.

This particular guitar was likely assembled in Baldwin's Arkansas plant in late 1967, around two years after the American Baldwin company took over London-based Burns in September 1965. The pickguard and wiring assembly were inspected on October 6 1967, and the neck and heel are stamped internally "Made in England" which likely indicates their imported status as unassembled components.

There are no major differences on this guitar from the original Burns-logo'd version, just small detail changes. The neck has fretboard binding, with a simpler different style nut than the Burns design. The finish on the neck no longer matches the body, which made assembly easier. The lower pickguard logo is "Baldwin" with the Burns logo only displayed engraved on the pickup covers. The Double Six remains one of the very best Burns-designed instruments and a mucho cool guitar, favored by many bands including the Searchers, The Zombies, The Troggs, and even Elvis!

This is a splendid original example with no notable damage or repair except two small holes drilled and filled under the tailpiece cover for no discernable reason. Other than this mostly concealed oddity the guitar shows only very minor wear and is original and complete except for a replaced nut. Even the oft-missing chrome tailpiece cover is intact. The finish on the body has retained excellent color in the red/black sunburst and has only some minor checking, rather less than is often encountered with 1960 Baldwin finishes. The body and neck do have a few very small dings; considering it is 54 years old this is a very well-preserved guitar, an excellent player and one of the nicest of these we have had in a while! Excellent + Condition.
×