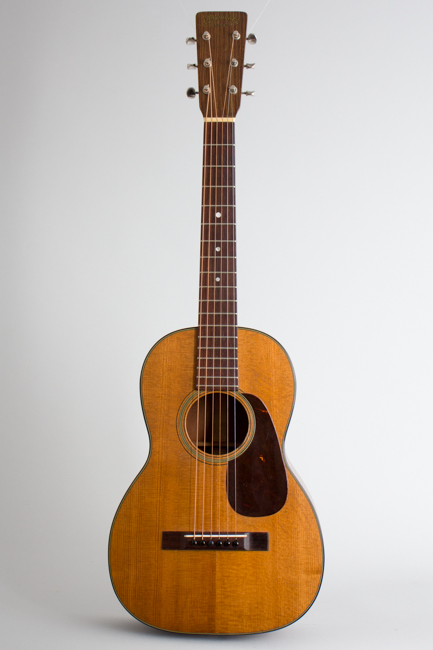 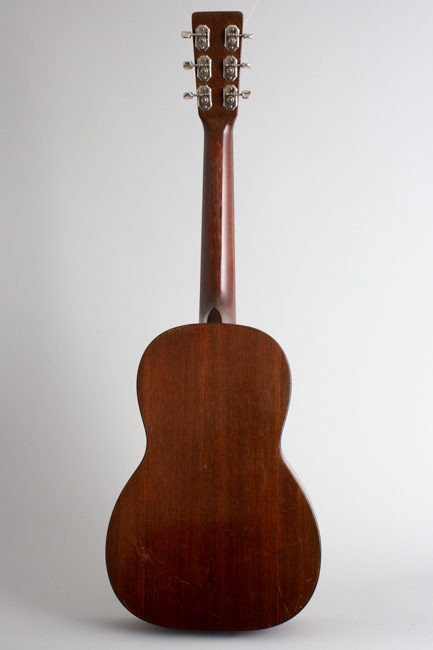 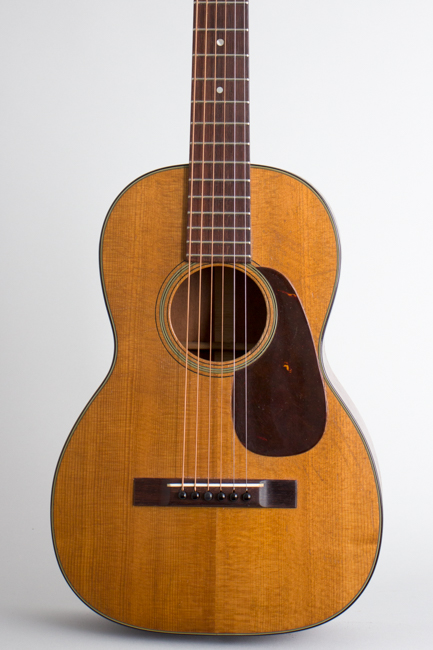 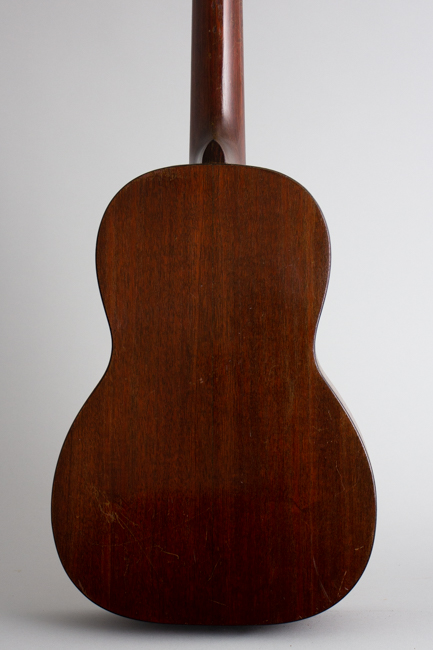 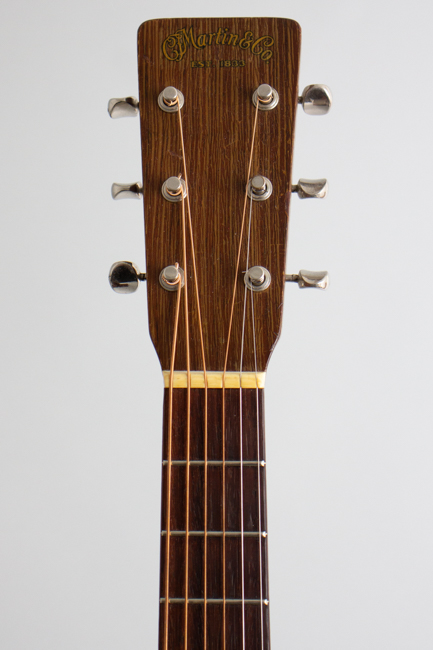 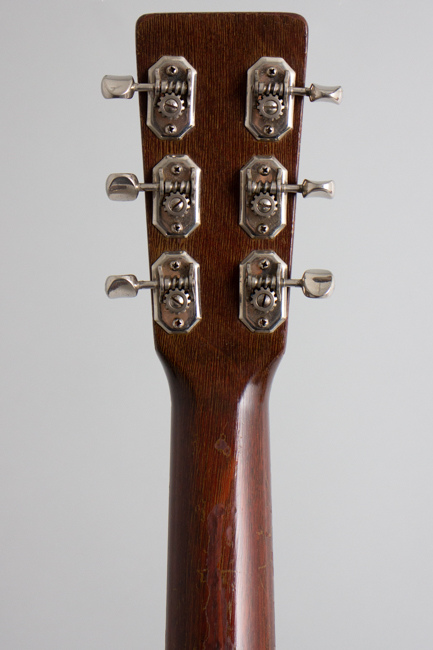 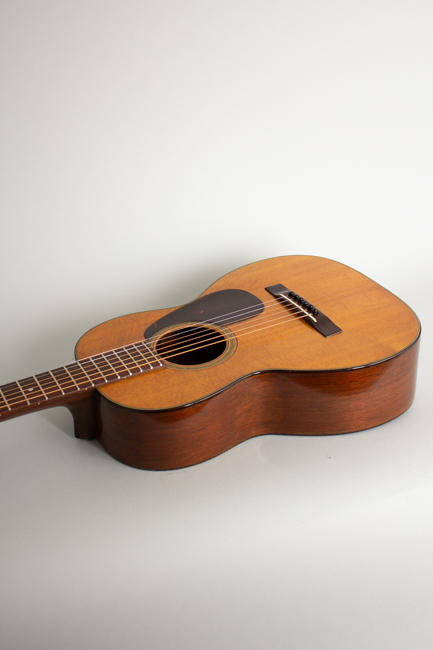 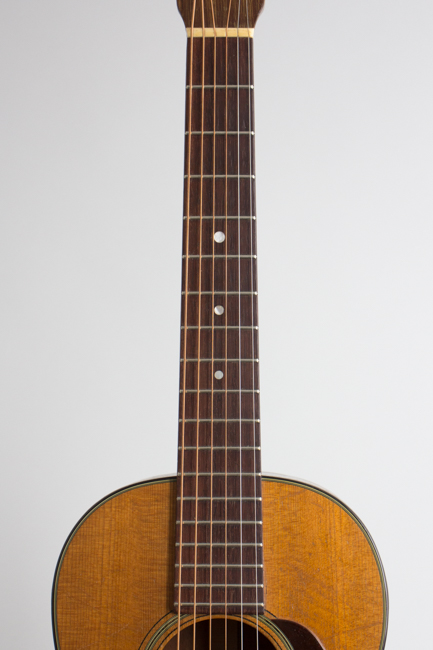 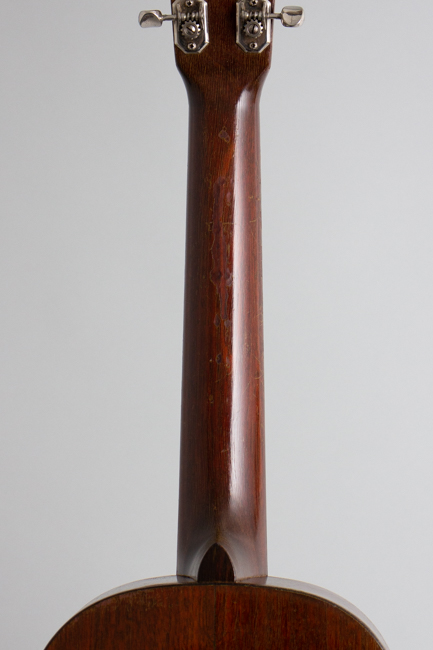 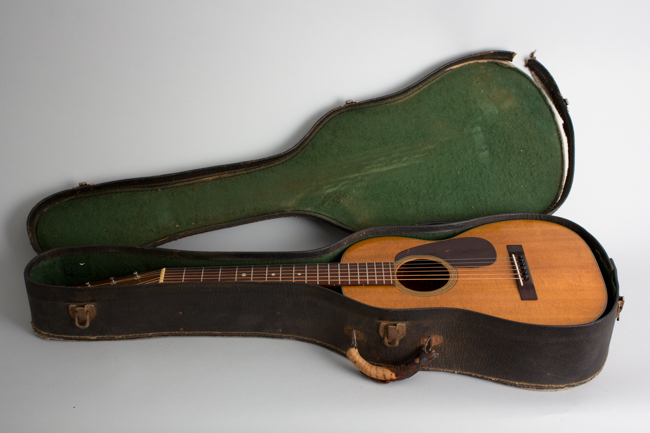 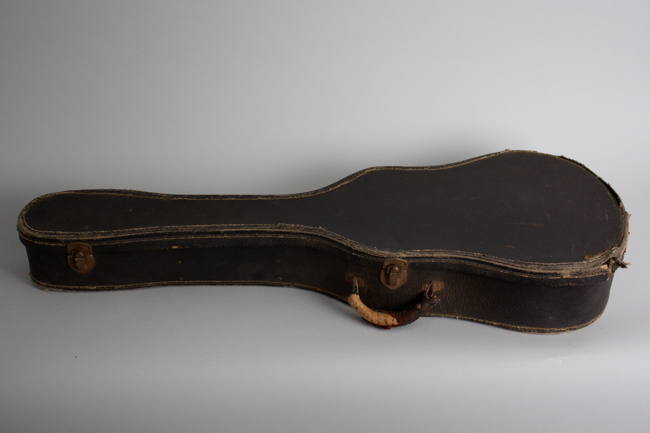 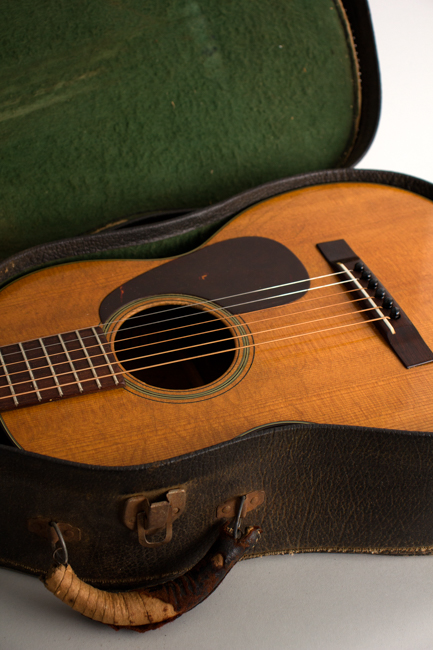 The model 5-18 is Martin's entry into the all-time cutest guitar sweepstakes, and a very playable and good-sounding professional quality instrument despite its diminutive size. The "modern" 5-18 is built from the company's 19th century terz guitar patterns, with an 11" body and short scale just over 21". With appeal beyond its obvious suitability for young students, the 5-18 was steadily produced -- albeit in small numbers -- for much of the 20th century. The guitar was a solid seller through the 1950s, averaging over 100 units per year. In 1950 exactly 238 were shipped out, the model's all-time best year.

With a sparkling sound and unmatched portability, this littlest Martin remains a well-regarded instrument today for travel, recording, and even live use. Dolly Parton has been a longtime fan, seen numerous times with a 5-18 over the years. Marty Robbins was particularly fond of this model in the late 1950s and was often seen with one, sometimes strumming and sometimes paddling up an imaginary stream! This is a very good sounding and playing example, somewhat worn in but still a lovely original little guitar. It is one of the earlier 5-18s we have had, built just a bit lighter examples with a livelier sound than some.

This guitar shows a decent amount of general wear but remains nicely original with no large areas of finish loss and is an excellent player. The finish shows fairly heavy checking throughout, especially on the headstock face. There are pick marks, dings, dents, press marks and some strum wear on the top as often seen on old Martins. There are repaired two top cracks, one is a well sealed if noticeable "B" string crack next to the pickguard and another was sealed and cleated next to the treble side of the fingerboard extension There is a bit of top wear into the wood on the lower edge of the sound hole and a worn-away area down to the wood at the waist below the pickguard as well as strum wear over the upper bout. The back shows some buckle marks, particularly on the treble side lower bout and scratches, a few through the finish.

The back of the neck is worn through the finish on the spine with noticeable capo marks from the first fret to the sixth. While they can be slightly felt, they have been smoothed out from years of play and the neck plays very comfortably. The fingerboard has been trued and neatly refretted with period correct wire. The neck has been carefully re-set and the original full height bridge has been re-glued. This is a very good-playing and lovely sweet but punchy sounding example of this diminutive gem, it wears its moderate scars proudly and comes complete in its original "Bull's Head" chipboard case. Very Good + Condition.
×