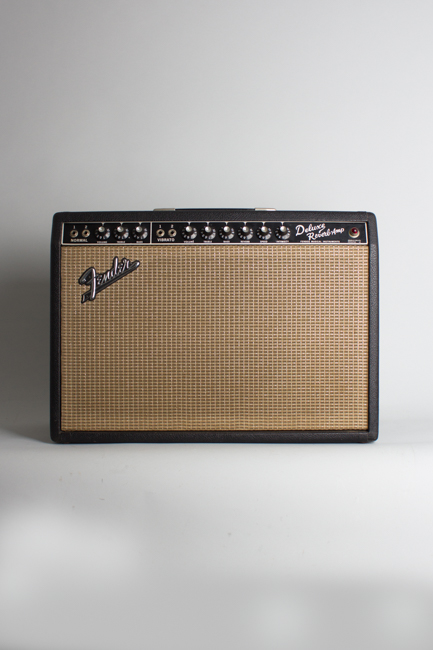 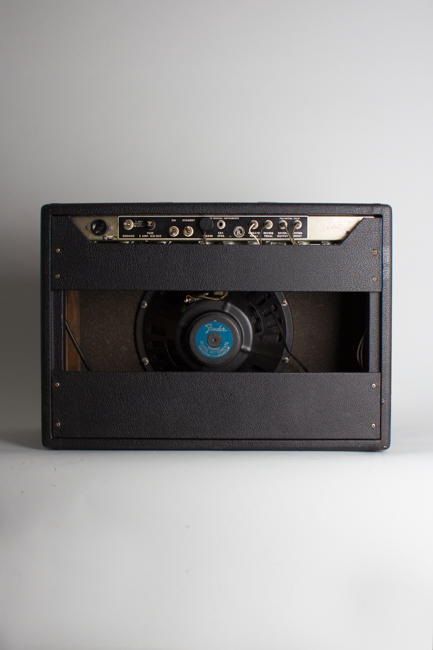 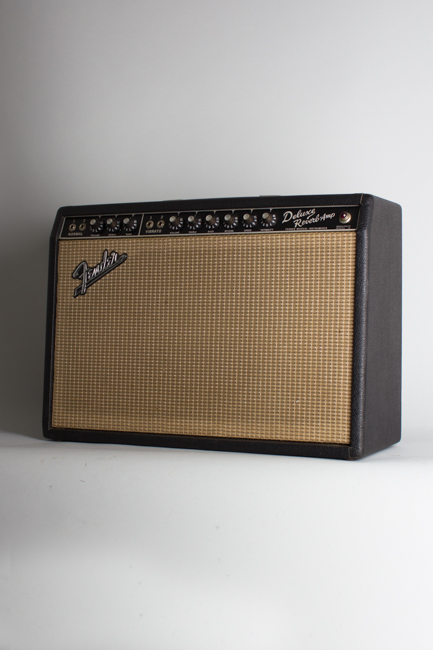 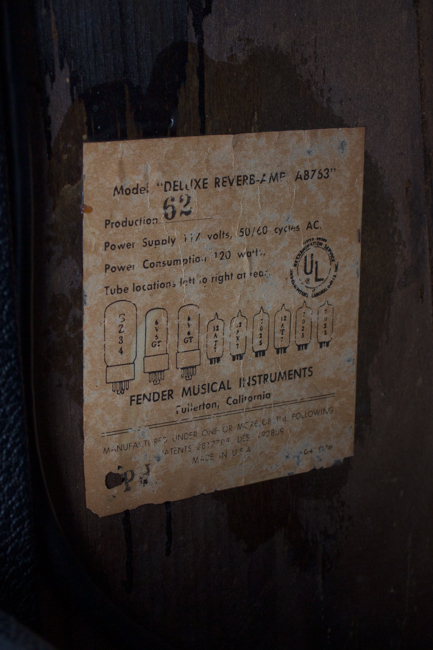 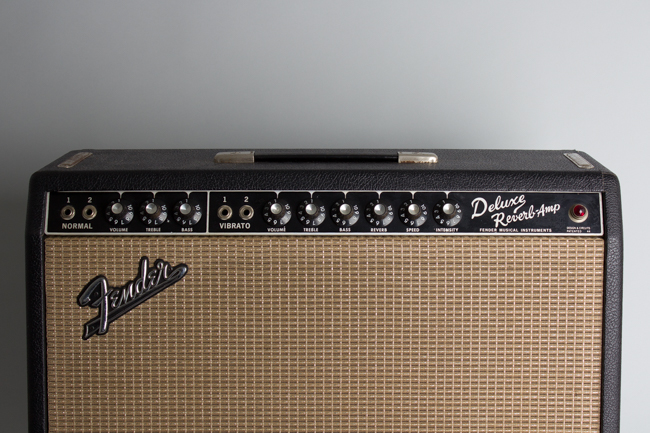 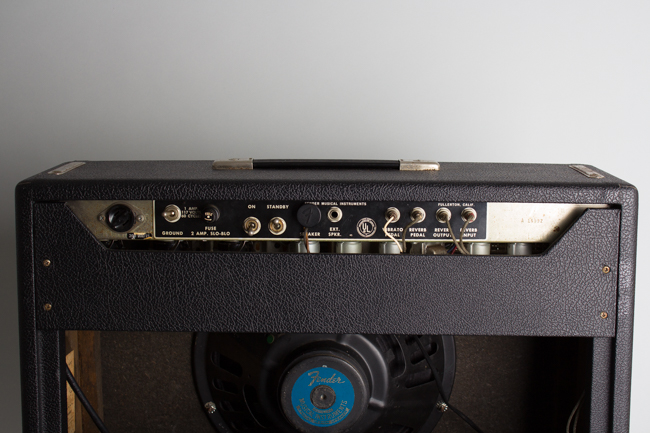 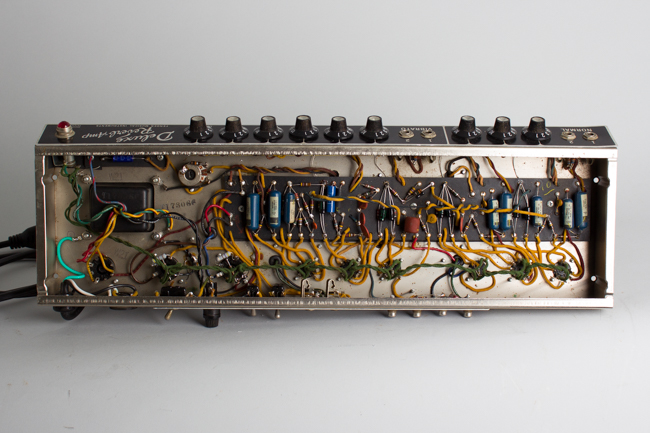 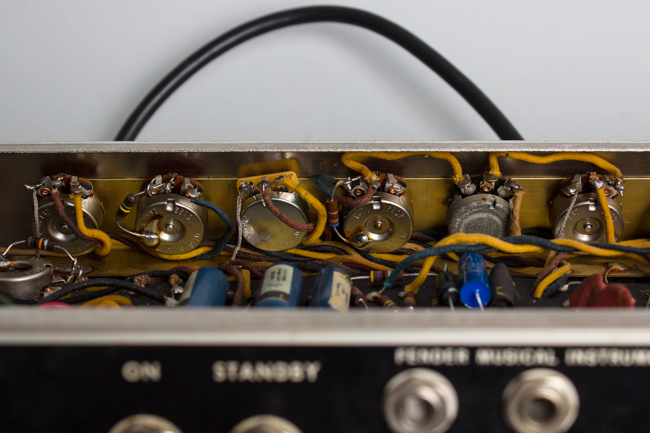 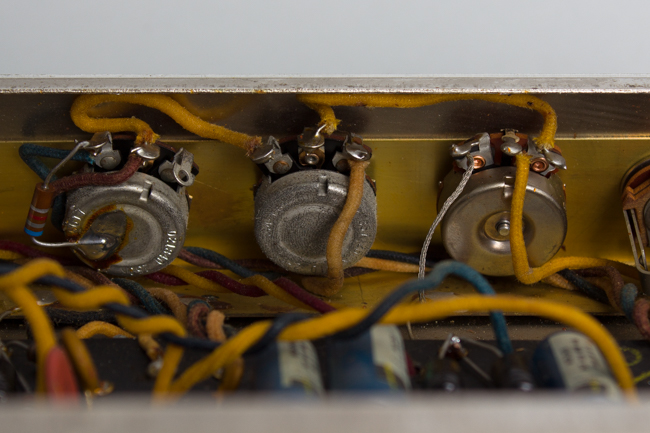 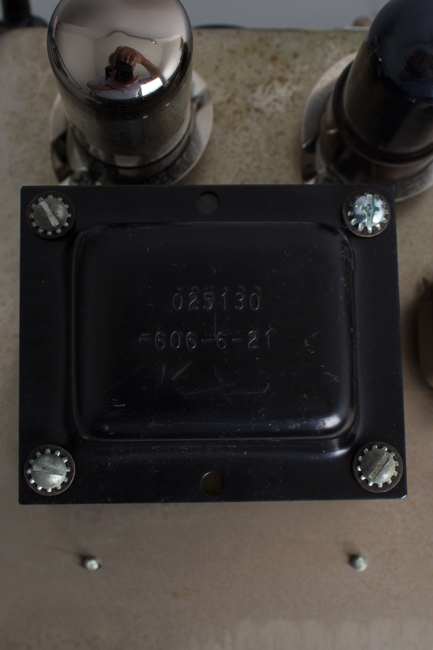 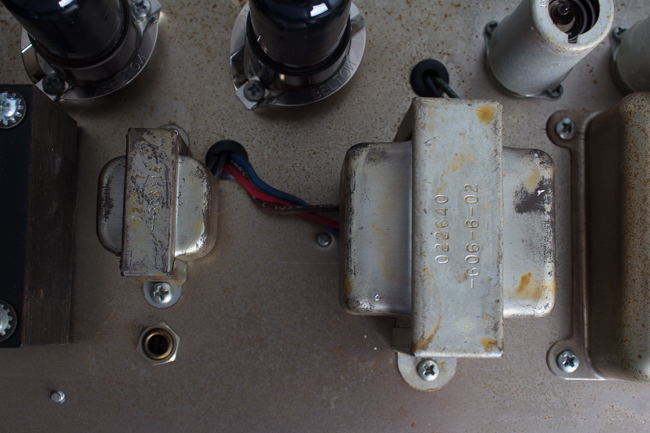 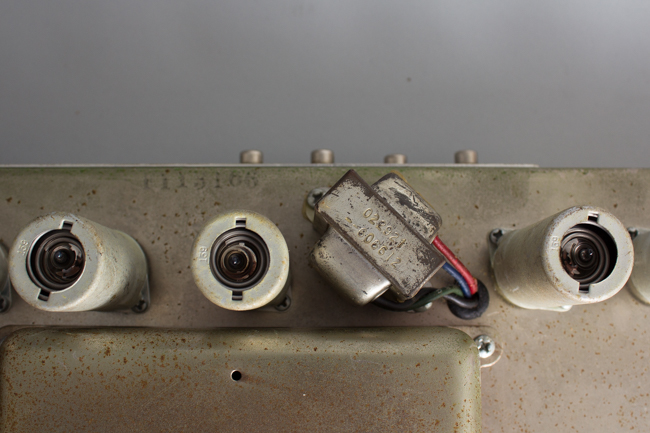 This is a beautifully clean and well-preserved early-CBS era example of one of the all-time classic Fender amps, the black-panel Deluxe Reverb. The mid-60's version of the Deluxe was made as both a Reverb model and a non-Reverb model. Both models featured a two-channel layout, one "normal", one "vibrato" (also sporting the reverb effect on the reverb model) with two instrument inputs on each. A dual 6V6-power section into a 12" speaker puts out around 18-20 watts of power. The Reverb model packs a little more gain in the preamp section and can yield some righteous breakup higher on the volume dial.

With enough gain to kick at low level, sufficient headroom to keep up with a drum kit and full reverb and tremolo, the Deluxe Reverb is one of the benchmark 1960s amps all others since are compared to. For decades this has been considered one of the best recording and club gig amps ever made, and now in a lower volume world can be seen and heard on stages of all sizes.

Externally this amp is in excellent shape and one of the cleaner of these we've seen in a while. The Tolex shows only VERY light wear with even most corners unscathed; the chassis straps and hardware shows light-to-moderate signs of corrosion. The faceplate looks very clean with all the graphics intact and no major scuffs or blemishes and the grille cloth is taut with no notable tearing. The amp also retains the original reverb and tremolo footswitch.

The amp has had routine maintenance performed, including the replacement of all electrolytic capacitors, a grounded 3-prong cord added, cleaning of all sockets, pots and jacks and power tubes biased to spec. All of the remaining original blue Astron signal capacitors are still working well!

Overall this is a phenomenal-sounding early-CBS example of one of the all-time classic Fender amps, in ready-to-gig condition. Excellent Condition.
×