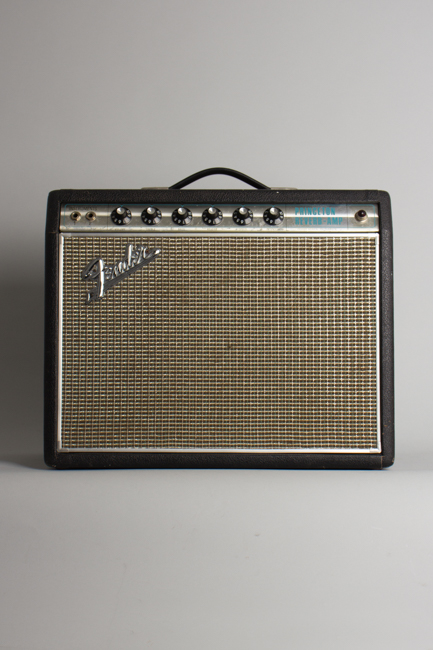 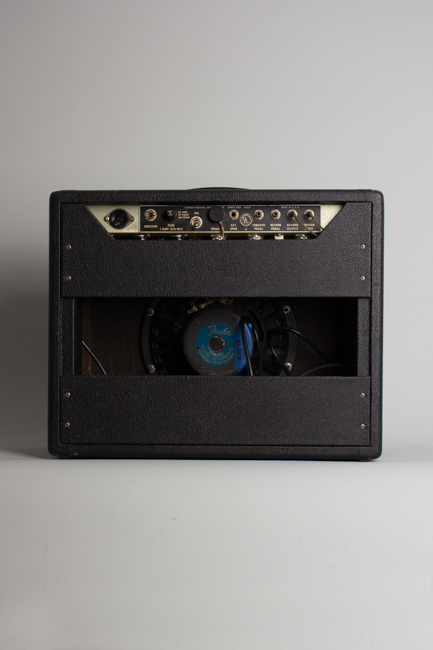 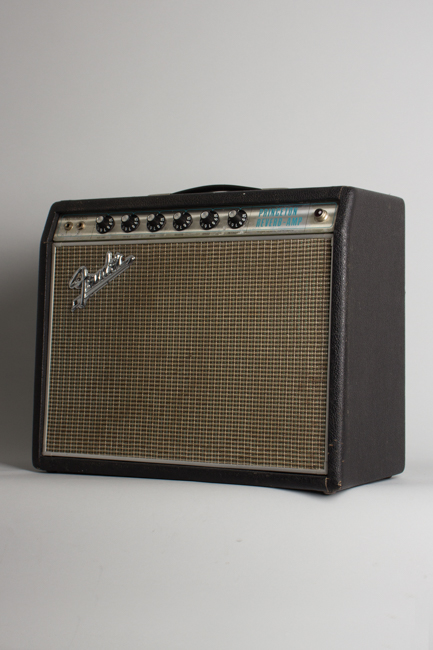 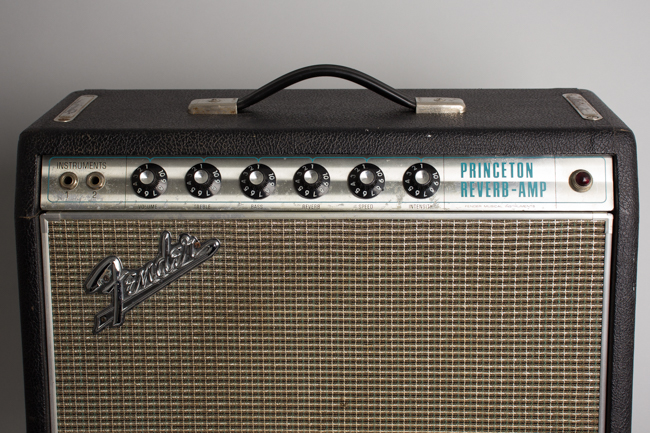 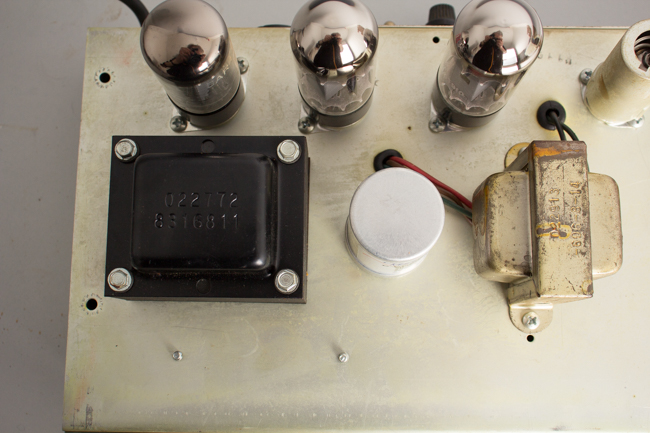 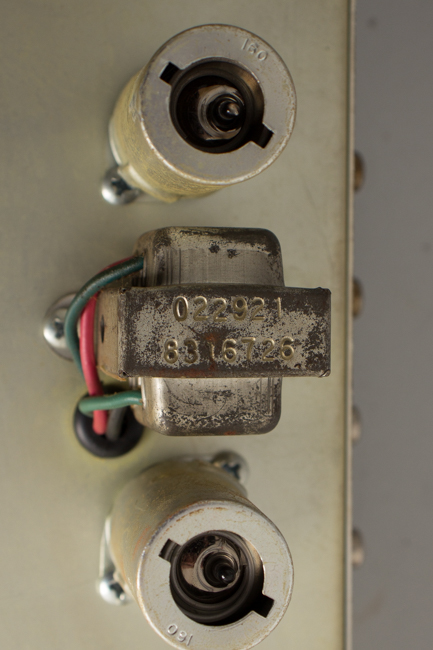 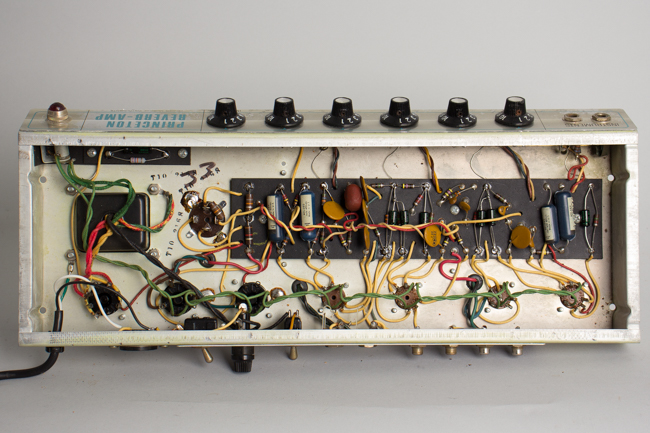 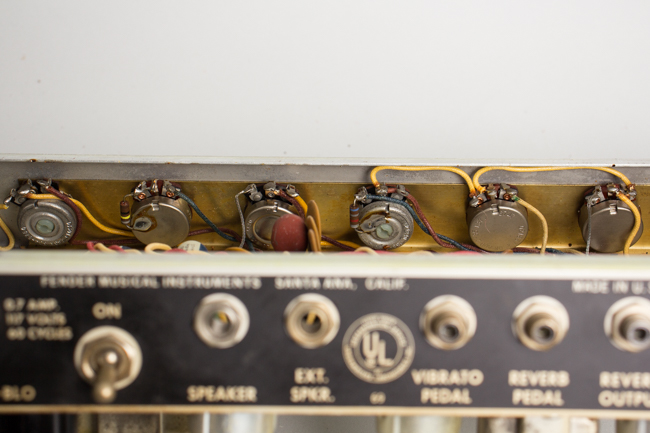 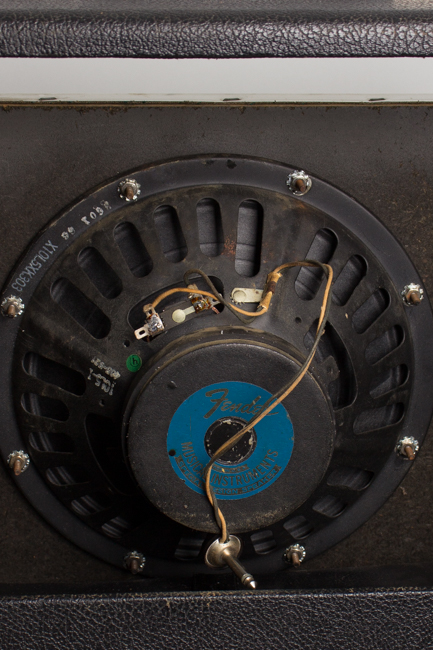 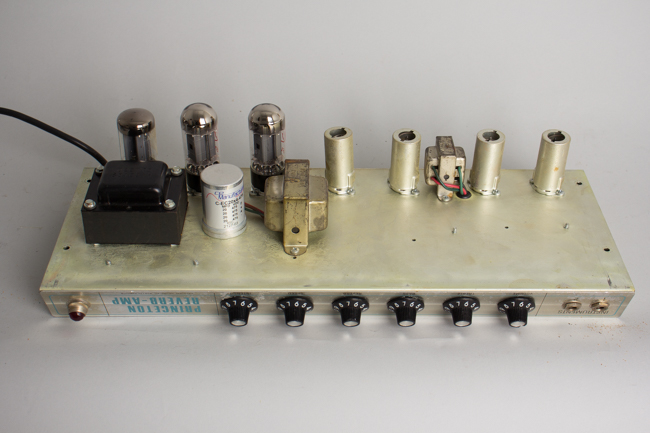 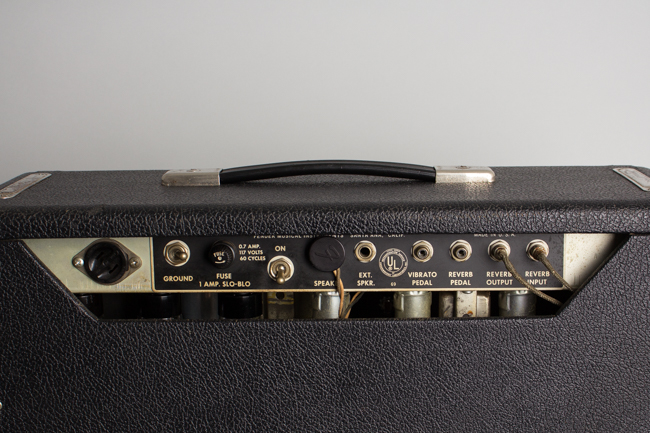 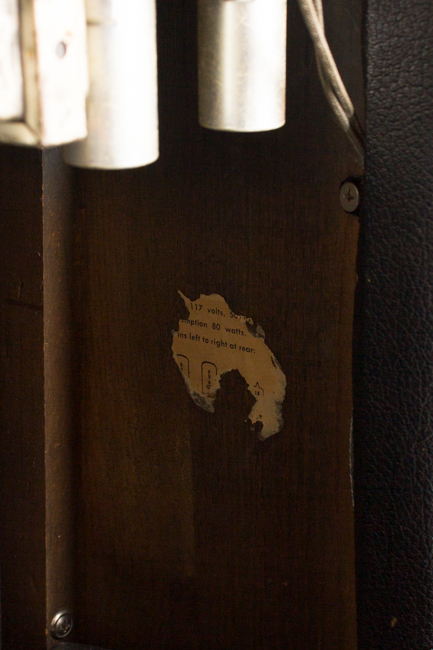 The Fender amplifier lineup saw some distinct cosmetic changes following the now classic black-panel period as the '60s wound down. The new blue-on-metallic front panel appeared in late 1967 and persisted well through the '70s while the silver trim surrounding the silver/aqua-stripe grille cloth (nicknamed "drip edge") proved a short-lived feature. CBS had just acquired Fender a few years prior and although changes were already affecting many Fender instruments, the amplifiers retained their mid-60's circuits underneath the new exterior up until around the turn of the decade. This, a late 1968 Princeton Reverb still runs the AA1164 circuit of the earlier black panel Princetons. This transitional version was only in production for about a year before the CBS engineers stated making changes that in retrospect nobody wanted!

Externally this amplifier is in excellent condition. The black Tolex covering is well preserved with minimal sings of wear. The faceplate has some scuffing, particularly around the input jacks and some light staining around the tremolo controls, but overall in good shape and all the stenciled lettering is still intact. The plastic Fender logo is present and the grille cloth is remarkably well-preserved with no notable tearing. The chassis straps and handle hardware shows very minor signs of corrosion but overall remain in good shape.

Electrically, the amp is also nicely original. After 1967 the tube chart on these amps was no longer stamped with a date code but the serial number dates the amp to around late 1968. The cabinet houses a 10" Oxford 10L5-1 speaker, marked 465-549 (dating it to the 49th week of 1965), almost certainly not original but likely a period replacement. This is a fabulous speaker only occasionally used in earlier black panel Princetons; mostly it appears in higher end models including Vibroluxes and larger amps in the lineup. This one has been professionally reconed and sounds great.

The power, output and reverb transformers are original to the amp and are marked 831-6811, 606-814, and 831-6726, respectively, all dating between the 26th week of 1967 and the 14th week of 1968. The amp has received our typical maintenance and servicing, including replacement of all electrolytic capacitors, cleaning of all sockets, pots and jacks, a new grounded three-prong power cord installed and biased to spec. Overall this is a super example of this "CBS but still the Bes'" of great recording and gigging combo amps. Excellent - Condition.
×