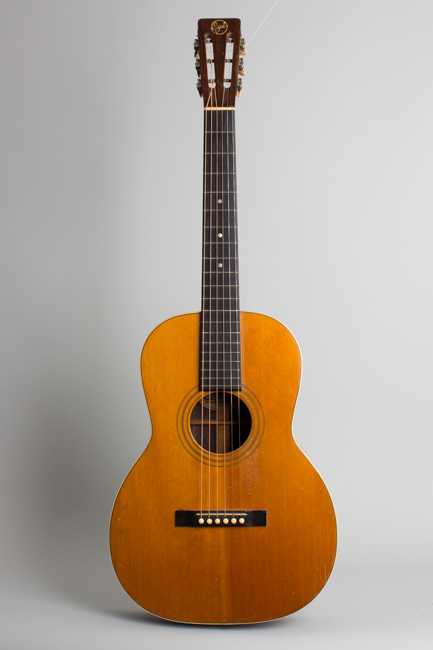 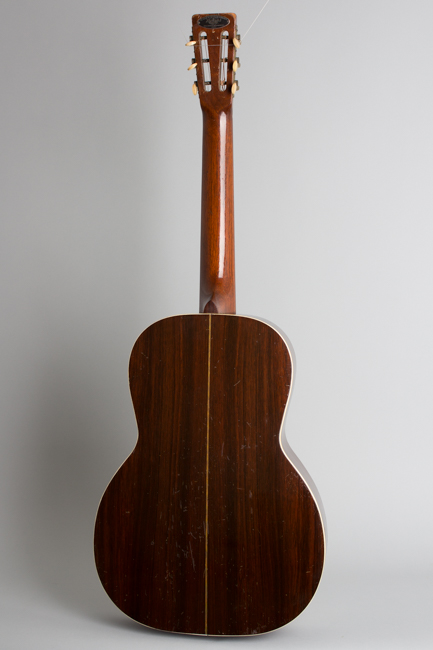 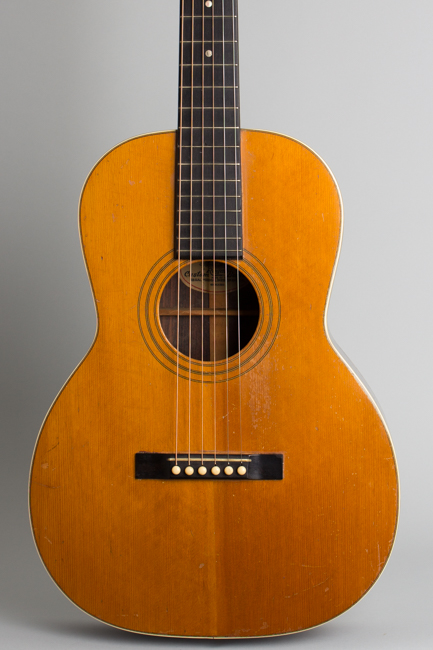 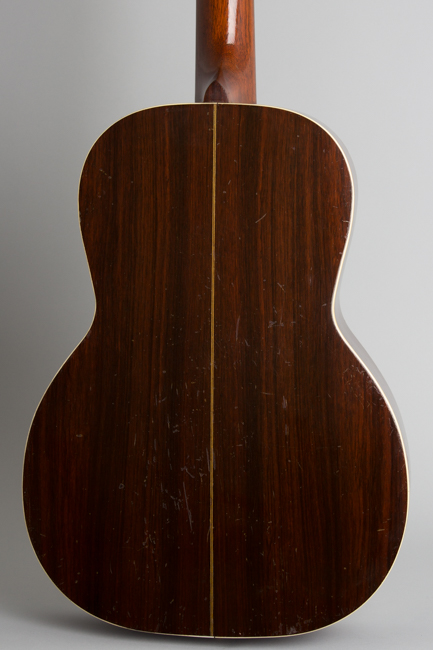 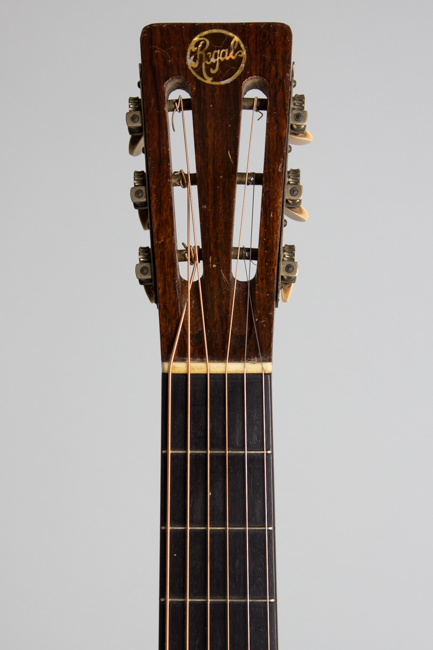 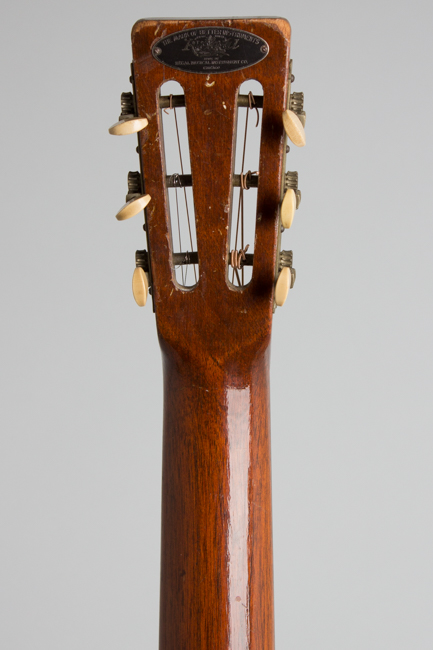 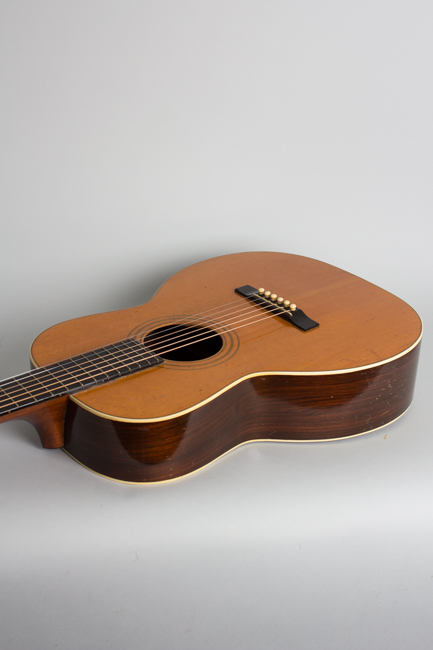 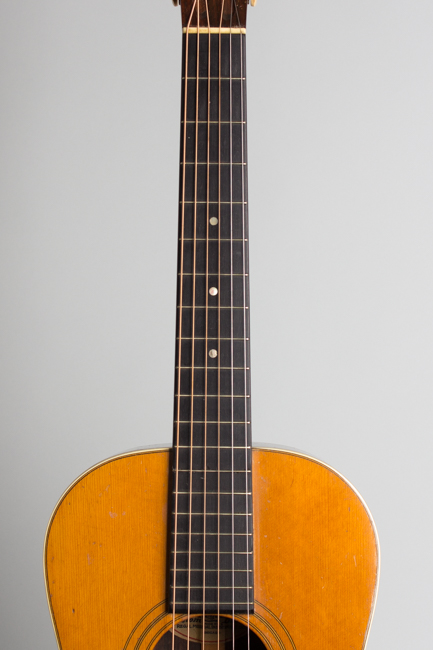 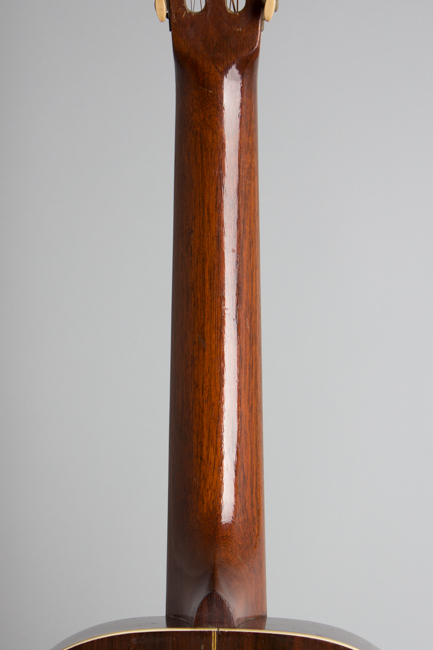 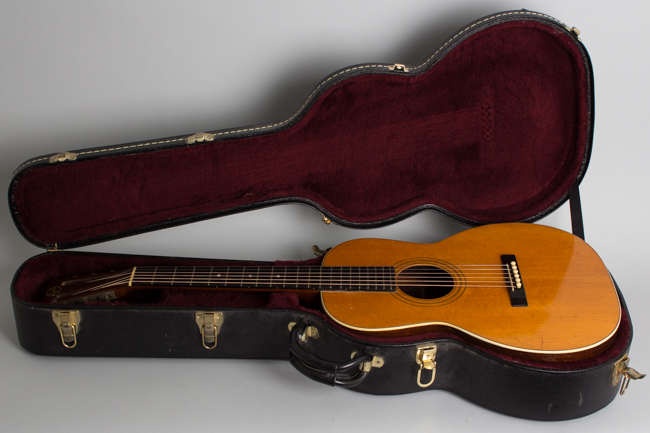 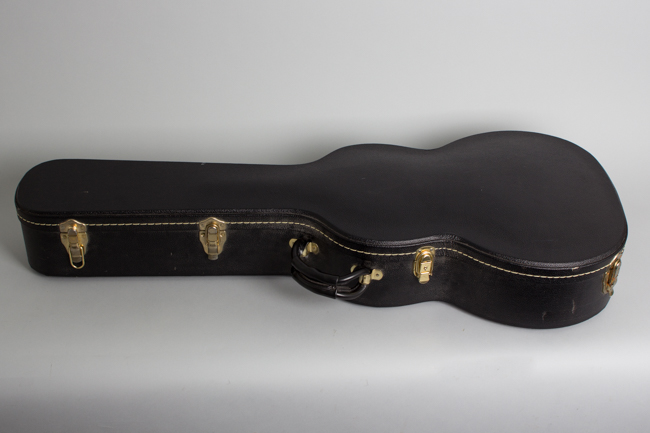 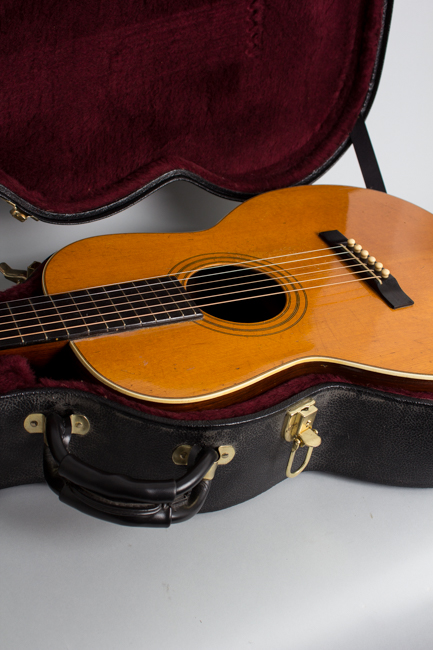 The Regal "Custom Built" line was the Chicago company's direct challenge to Martin at the beginning of the depression era, a time when all guitar makers were scrambling for a share of a very thin market. These models begin to appear in catalogs around 1930-31, often advertised directly alongside Martin's wares. The instruments were very similar looking -- in print at least -- and the Regals were priced somewhat lower for the same level of materials. While this ploy did not seriously threaten Martin's dominance in high-end flattops it did result in some of the finest guitars to come out of Chicago in the 1930's.

Essentially Regal simply copied Martin's basic guitar design fairly closely including most notably the X-braced top, an extravagance most Chicago makers did not bother with in this period. This willingness to reach for the higher end of the market was likely related to Regal's obtaining the old Lyon & Healy/Washburn factory from the defunct J.R. Stewart Company, which folded shortly after acquiring the premises. Regal's position in the market was strengthened considerably by this move, which enabled them to make rather higher grade product than previously possible.

This Style 5 was the top of the "Custom Built" line, a grand concert sized guitar plain in ornamentation but very well built of excellent materials, including the Brazilian rosewood back and sides and an X-braced Appalachian spruce top. While considered super premium materials today, this is simply what fine grade guitars were expected to be built with in 1930. The X bracing is closely copied from Martin's pattern, if just a shade heavier in places enabling this guitar to handle steel strings with aplomb. The neck is a round-backed profile quite a bit chunkier than the typical Martin, especially as it moves up towards the body. The tuners are the same engraves Waverly strips used on period Martins and Nationals.

The Style 5 and retailed at $50, a fairly serious sum at the time although a full $30 less than the similar Martin 00-28. Based on their rarity today few seem to have been sold at the time. While Regal is mostly remembered now as a maker of lower grade instruments, they were perfectly capable of building excellent guitars, as they did shortly after this for Bacon & Day. While not as delicately built as a Martin this is a fine value in a pre-war Brazilian rosewood guitar with an X braced top, with a powerful sound all its own. "The Mark of Better Instruments' is emblazoned on the Regal metal tag pinned to the back of the headstock, and in this case actually a pretty accurate assessment!

This guitar is in excellent playing condition overall, showing a decent amount of general wear overall but no notable damage or repair. There are dings, dents and scrapes to the finish overall, most heavily on the back and sides. The top shows some heavier pick marks mostly in the area between the soundhole and bridge. The guitar has no top, side or back cracks, which is kind of amazing. The back/bottom seam may have been resealed as some of the binding is not perfectly seated, or possible it's just less-than-perfectly reglued binding.

There is no visible finish overspray on the guitar. The bridge has been reglued (at least once) solidly but not exactly as neatly as we might prefer. The neck has been reset to an excellent angle, the work again is not the neatest cosmetically but is solid and structurally excellent. The original small frets have only light wear and this is a very fine playing guitar with a big punchy sound, about as good as a "non-Martin' from this era gets. Very Good + Condition.
×