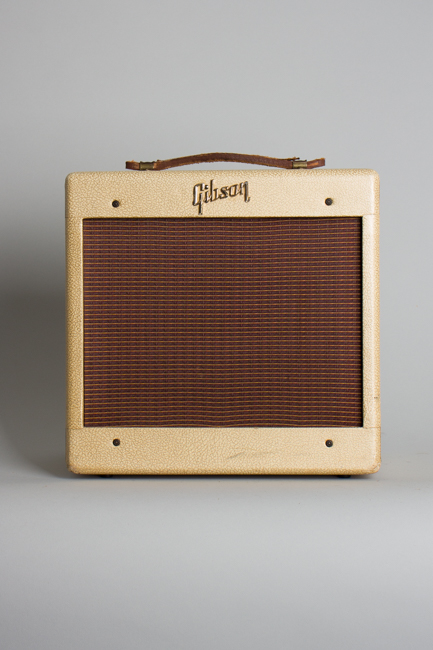 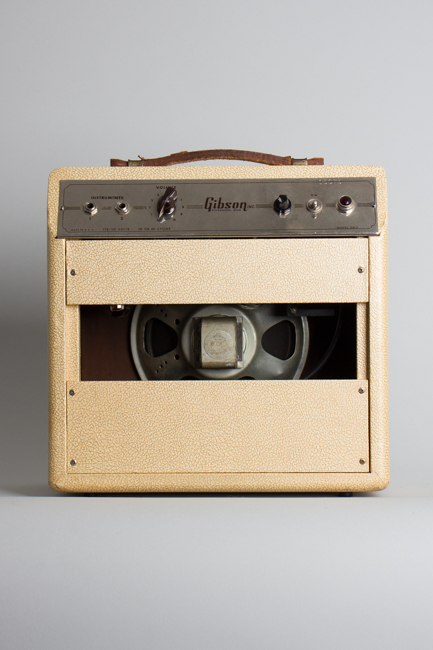 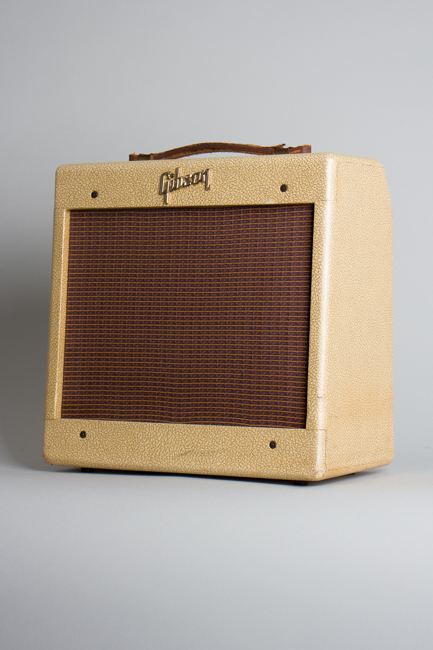 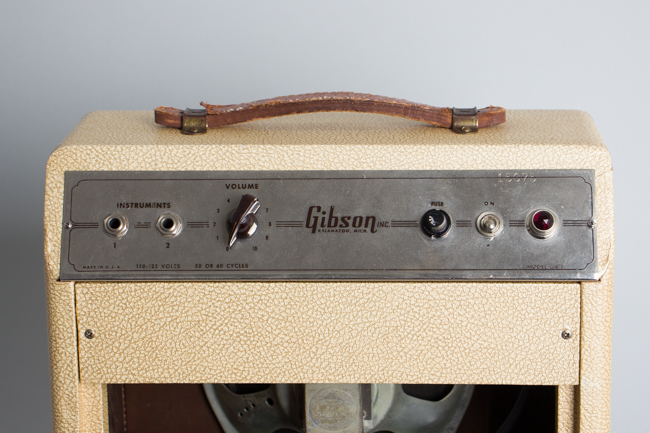 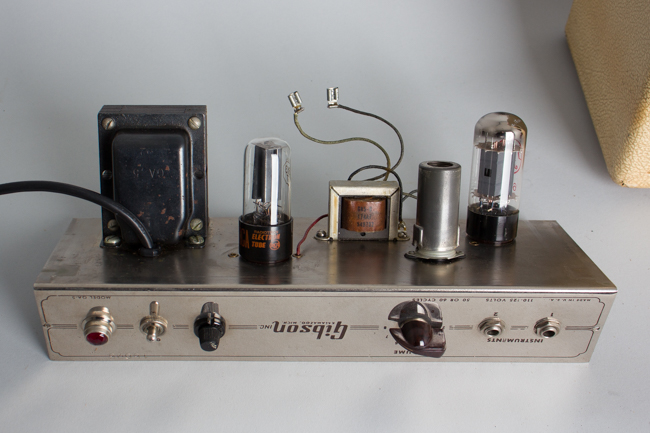 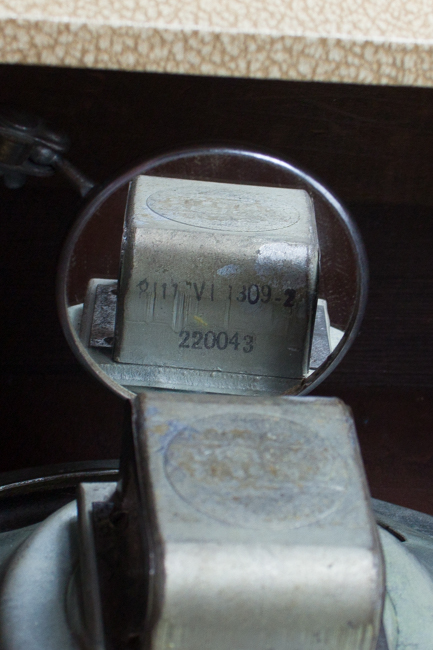 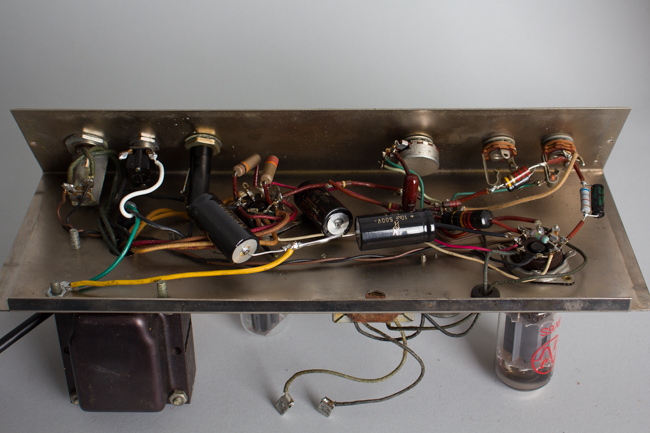 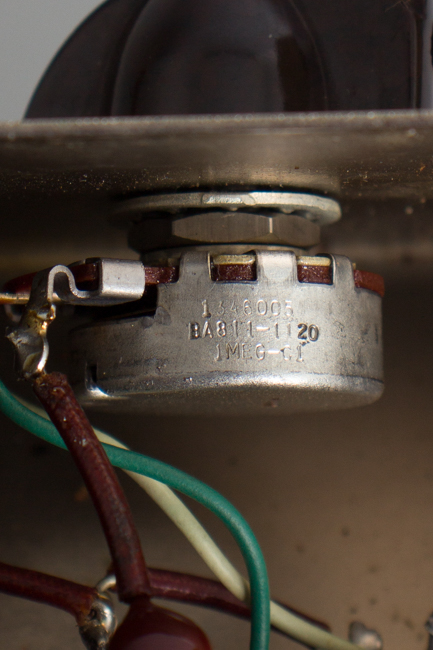 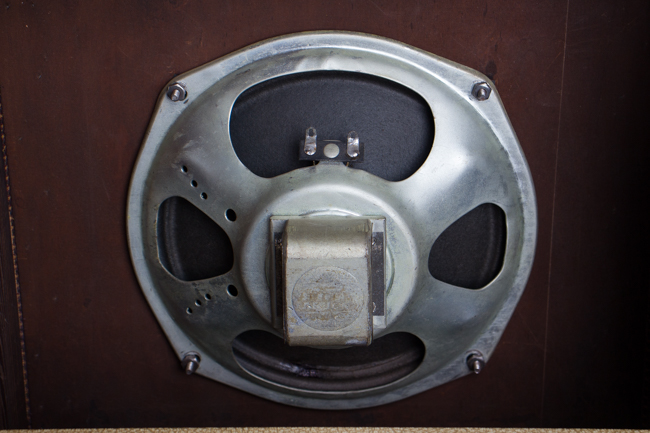 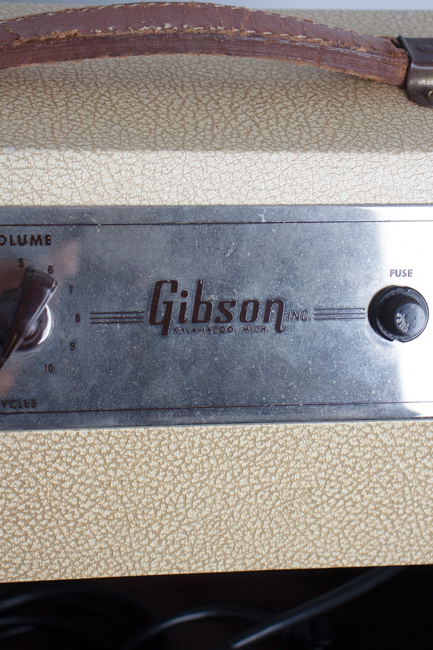 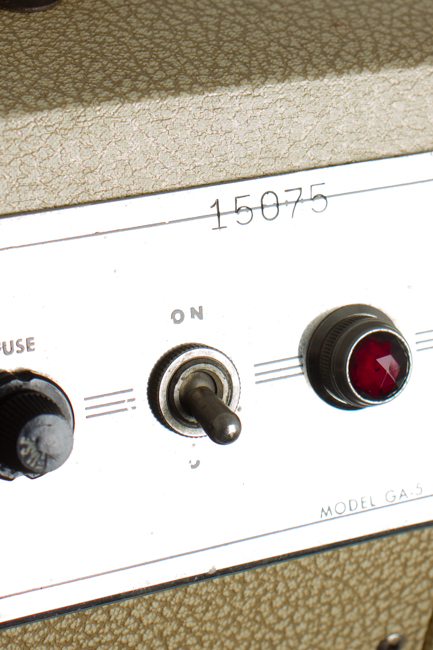 This fearsome little beast is Gibson's equivalent to Fender's ubiquitous tweed Champ, putting out a big 5 watts of very serious growl. Paired in 1960 with the Korina Skylark steel guitar as a student level set, the GA-5 had previously been designated the "Les Paul Jr. TV" amp. The sound of a late 50's Junior, or any other guitar with a similar output through this golden blonde honker is inspiring, to say the least! Despite an impressive total of 3234 being shipped in 1960 these do not show up as often as we might like today.

Like the Fender Champ, the GA-5 sports a single volume control and two instrument inputs, though, unlike that competitor it is provided with the luxury of a wholly separate power switch! The tubes are the expected compliment of a 12AX7, a single 6V6 and a 5Y3, in this case all Gibson-branded RCA made. This is one of Gibson's coolest period amps, with a lot of tone for not being much bigger than a lunchbox!

This is a remarkably clean specimen, in fact, one of the neatest we've ever seen with only very minor signs of wear. The original handle is still intact, showing wear but still in good enough shape for many future hauls. The faceplate is nearly mirror clean and in overall great shape with most of the stenciled graphics intact.

Electrically, the amp is nicely original, retaining both the original power and output transformers, marked GA-5 and 549-732, respectively. The original Jensen speaker, marked 220-043, dating it to the 43rd week of 1960, retains its original cone with a small patch on the lower side of the surround. The pot is marked 134-6005, dating it to the 5th week of 1960. The amp has received our standard servicing, including replacement of all electrolytic capacitors, a 3-prong power cord as well as all jacks, sockets and pots cleaned and output tubes biased to spec.

While not a particularly rare amp this is a phenomenal example, in spectacular condition with a truly roaring sound and will make a fabulous gigging companion or studio recording amp. Excellent Condition.
×