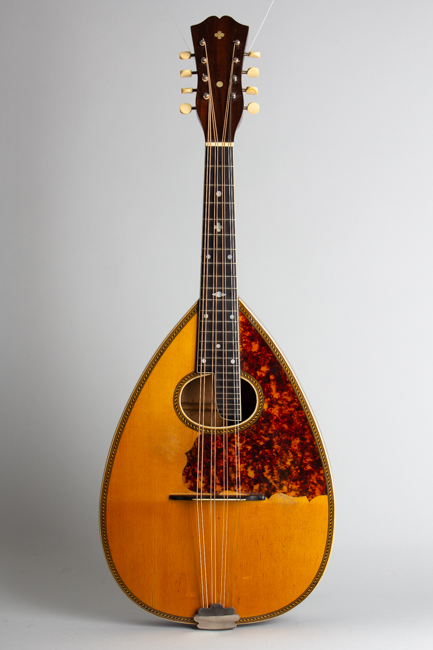 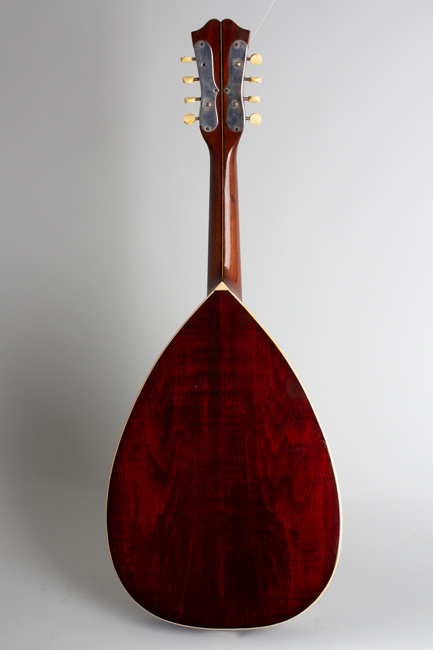 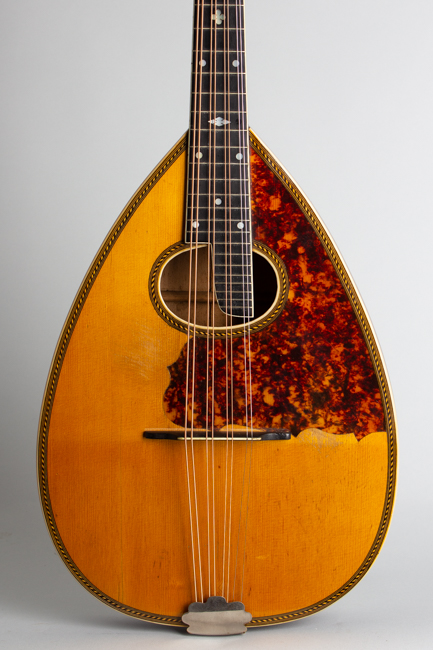 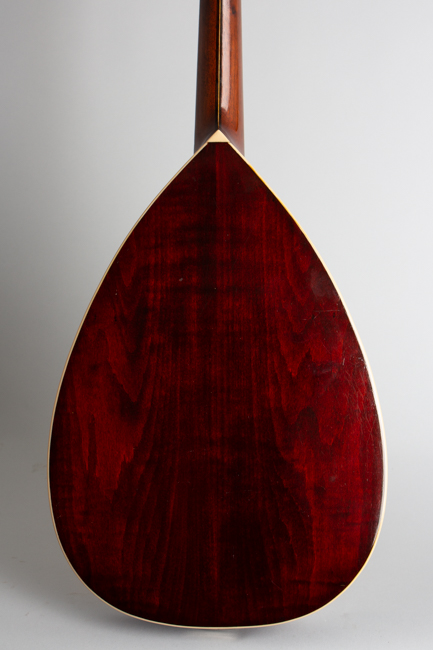 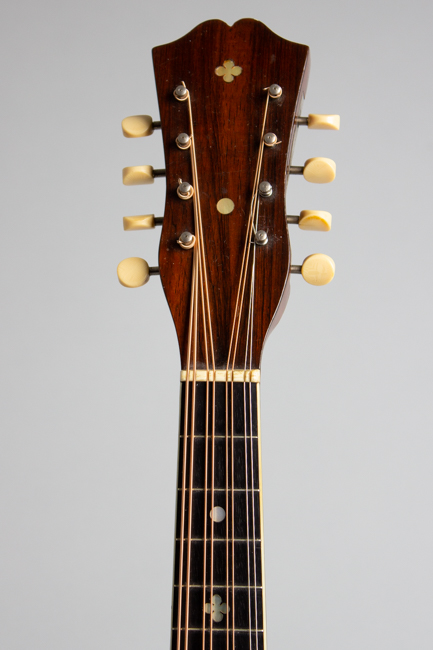 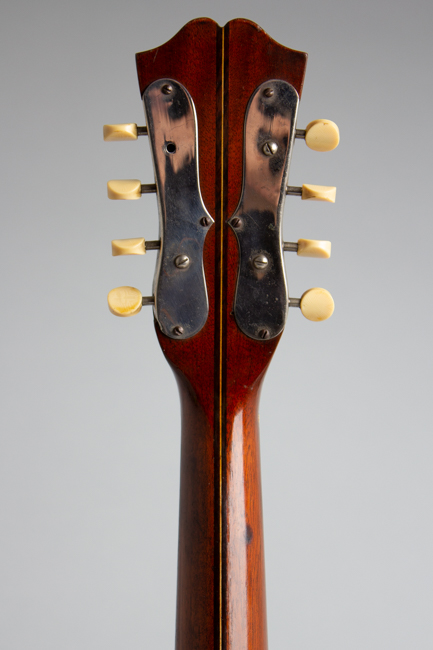 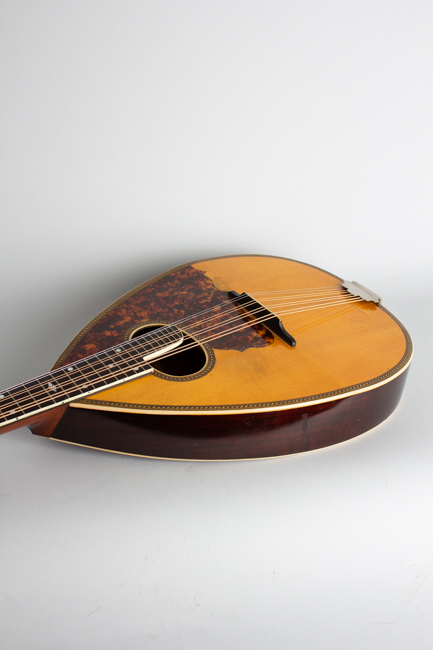 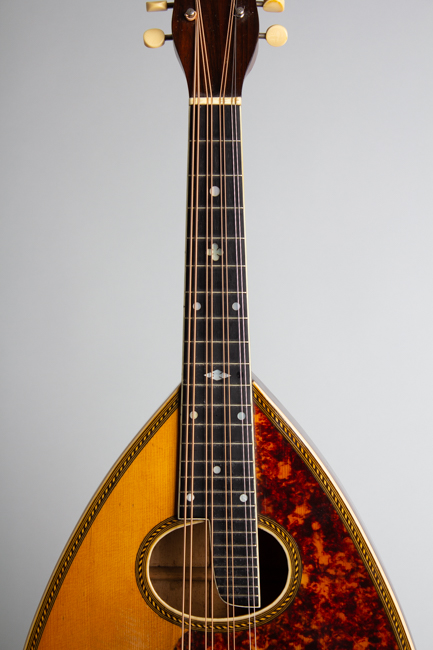 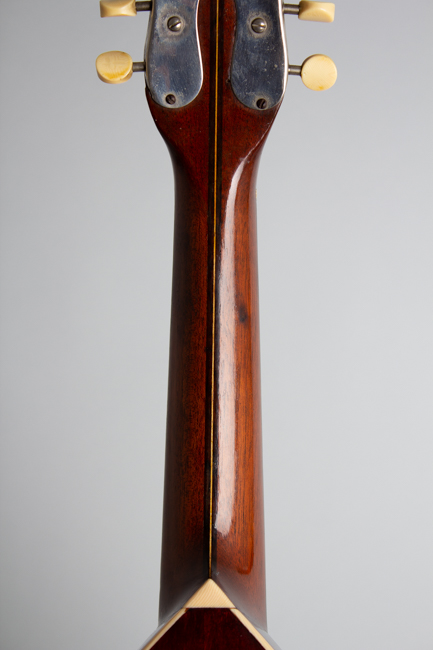 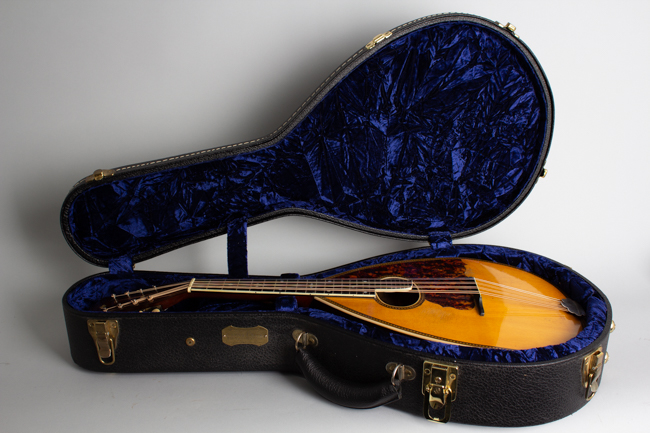 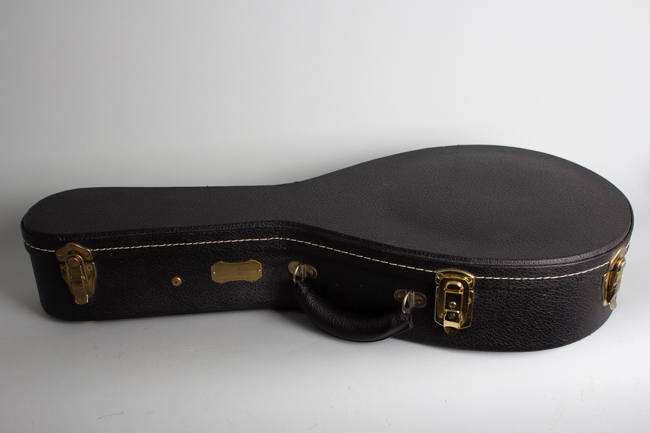 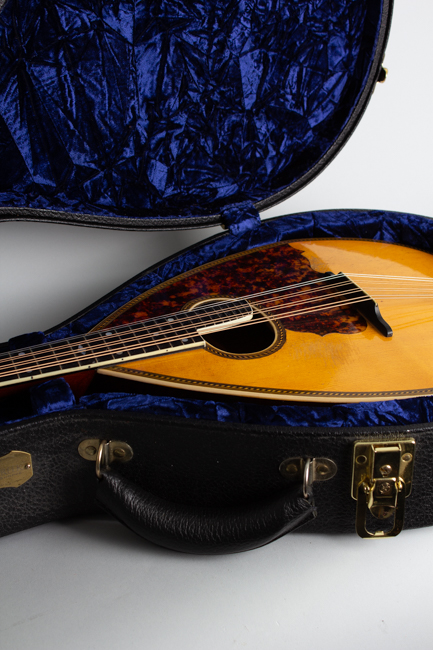 One of the most prominent was William C. Stahl of Milwaukee, a virtuoso mandolin player turned to teaching and music publishing. Around 1906 the Larsons began supplying instruments to Stahl, who claimed to be the maker. He was one of the Larson's biggest accounts; their wares made up the bulk of his line advertised starting around 1907. Stahl scoffed at "machine made" instruments, insisting his are "hand made...reasonable in price and perfect as human hands can make them". He claims they were built under his "personal supervision"-quite a trick as the Larsons were building them in Chicago while Stahl's offices were in Milwaukee!

Stahl was of the bowl-back era and harbored particular disdain for Gibson, filling ads with not so subtle digs at them. In 1907 he wrote: "The Stahl mandolin is the regulation shaped instrument and not a freak or musical novelty as advertised by some makers". When made by the Larsons Stahls were genuinely among the best non-Gibson mandolin family instruments available. He claimed they were the "Loudest and sweetest toned musical instruments in the world".

By late 1912 Stahl's ads picture flat-back style mandolins, called "English Model". "We have flat back models...for those who want them" he practically sighs. Designs like the Martin A-E series, Weymann Mandolute and the Lyon & Healy "Leland Mandos" (also made by the Larsons) appeared around the same time, signaling the imminent demise of the bowl-back mandolin Stahl preferred. Playing on his name's "steel" translation, he continued "The music of the future won't be the caterwauling of Gut. It will be the virile pulsing of the plucked steel string". He was right there at least but apparently the enormous collection of printed music and methods his company left behind moldered for years in a Milwaukee warehouse before finally being pulped.

Today William Stahl is primarily remembered for instruments the Larsons supplied him well up into the 1930's, especially the mandolin, mandola, octave mandolin, mando-cello and even mando-bass made to the same harmonized pattern. While the design is relatively conventional the Larson's construction expertise shines. This lovely mandola is typical, with a hot-stamp burned into the inside back stating "Wm. C. Stahl, Maker, Milwaukee". According to the known serial number data it would have been built around 1925, fairly late for such an instrument.

The natural-finished top is spruce, with a large inlaid celluloid pickguard. The maple body sports an artfully applied faux-rosewood grain, of which August Larson was quite the master. The neck is mahogany with a laminated ebony and maple center strips, topped with the Larson's typical thick ebony fingerboard. This is inlaid with pearl shapes and dots, while the body is trimmed in half-herringbone. Both are bound in ivoroid. The tuners, clamshell tailpiece and bone-saddle ebony bridge are conventional period mandolin fittings.

Stahl mandolas like this one are superlative instruments, and quite rare. The thin ladder-braced spruce top is more responsive than the heavy carved Gibson; especially when played solo they have a totally distinctive sound. Only rarity and the rather limited interest today in such specialized instruments prevents them being better appreciated 100 years on. Stahl advertised that his wares were the best that could be had, claiming "no instruments can be made any better". In engaging the Larsons to build them he fulfilled that promise!

This is a lovely and completely original instrument, showing some minor wear and repair but quite nice overall for being about 95 years old. The completely original very thin finish has some dings, dents and scrapes with the most serious being pickwear to the top above the strings and off the lower edge of the pickguard. There is one long grain crack in the spruce top above the string line, neatly repaired (cleated underneath) with no finish added so solid but still visible. The only other crack is to the rim above the tailpiece, also sealed but not finished over. One of the screws securing the tuner cover to the baseplate has gone missing, but this causes no practical issues.

The original frets show hardly any wear. The neck is not absolutely dead straight but very close, with just a hair of relief on the bass side. The original ebony bridge has a thin shim underneath the base. This is a very playable instrument with a sweet and ringing sound, quite different from the more familiar Gibson mandolas. It is of an airer character with more of a classical grace, indeed as Wm. Stahl intended. This is easily the nicest of these Larson-made beauties we have seen, complete in a very well-fit custom Cedar Creek hardshell case. Overall Excellent - Condition.
×