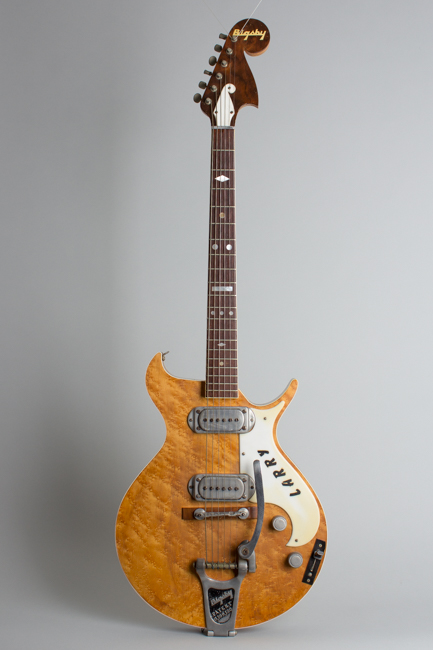 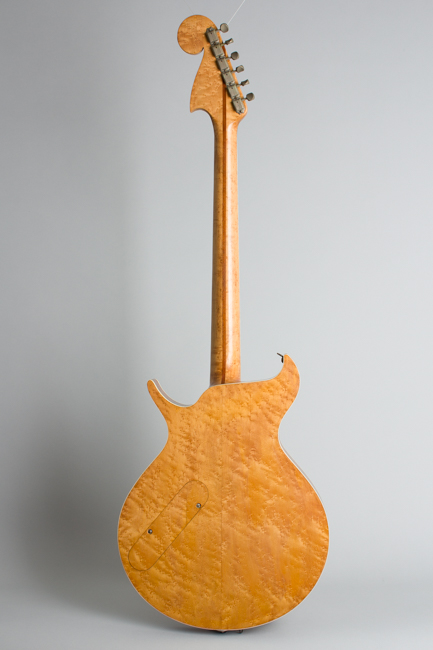 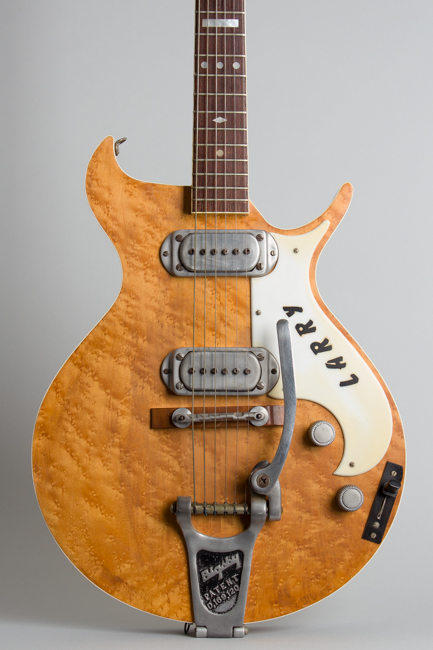 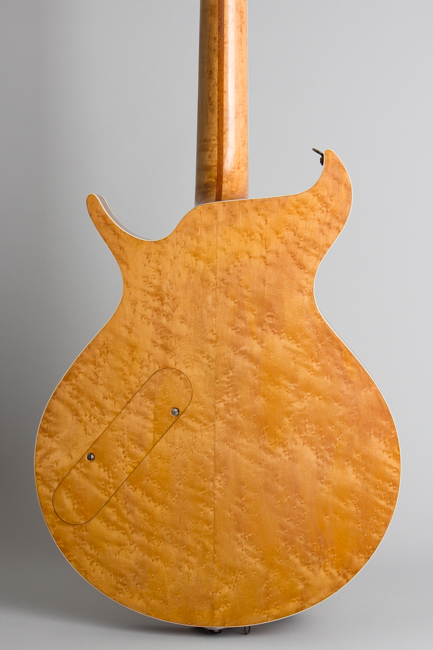 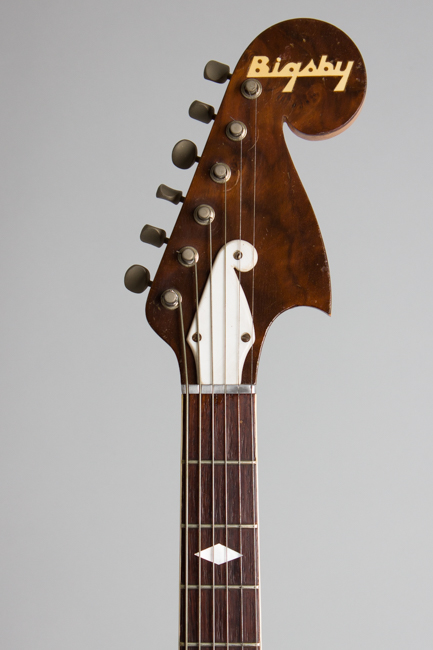 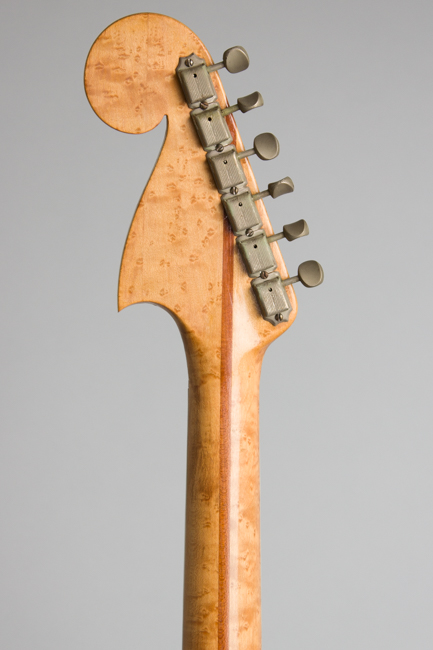 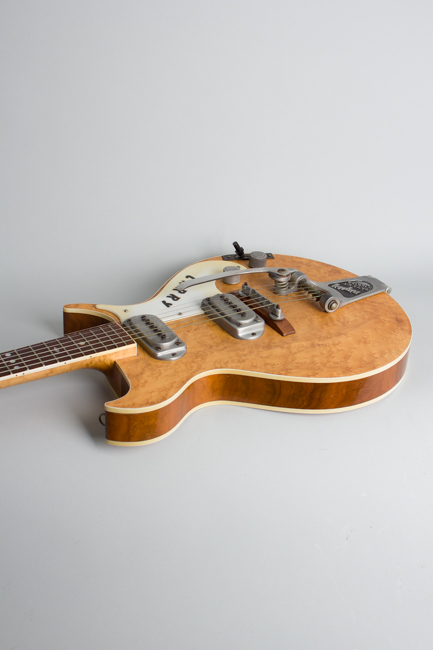 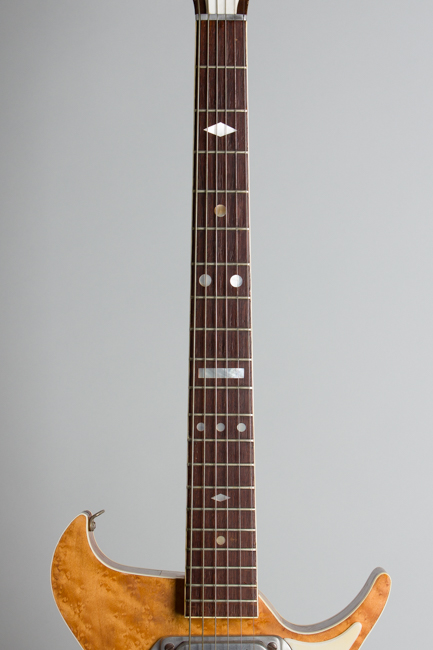 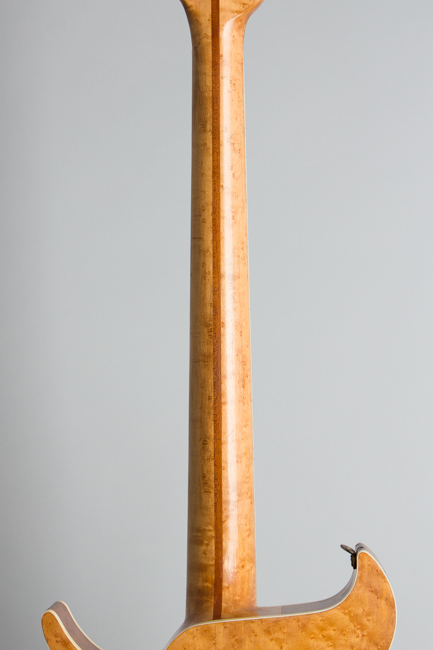 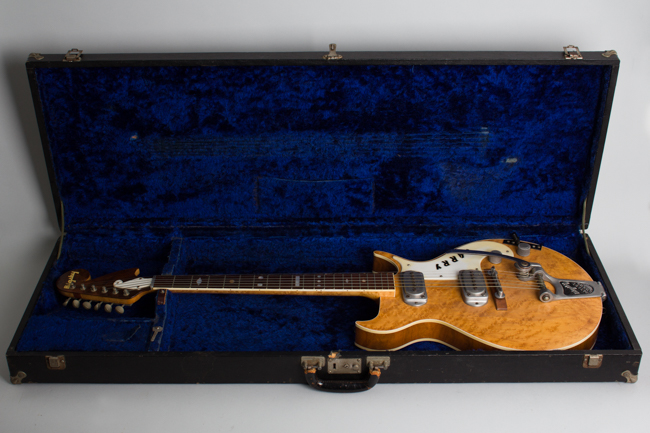 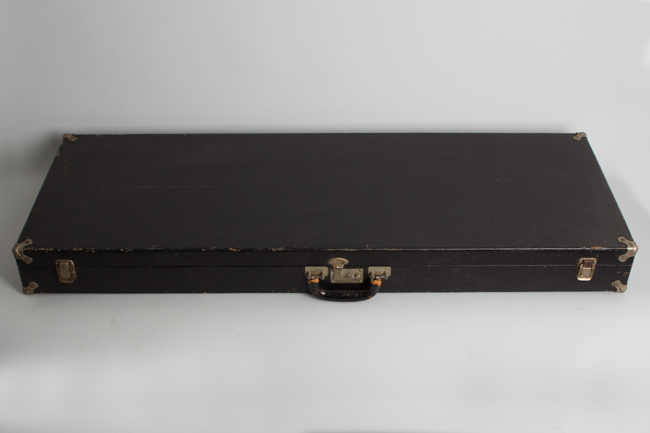 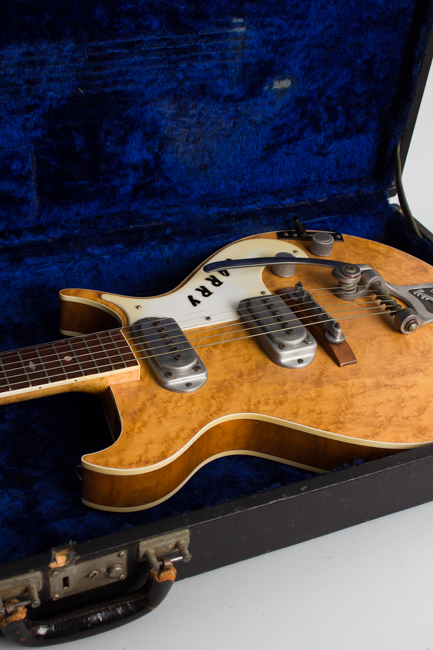 Paul A. Bigsby is a genuine American legend, an extremely important figure in 20th century guitar history. He contributed mightily to the early development of the electric guitar as we know it and essentially invented the modern pedal steel. The vibrato unit he designed became widely popular as an add-on in the 1950s, adopted by Gretsch, Gibson, Guild, Harmony, Magnatone, and Kay as standard equipment on their guitars. It is still widely used today, so his name is emblazoned on many thousands of guitars made since the early 1950s.

While P.A. Bigsby is mostly remembered today for that vibrato, beginning in the late 1940's he built spectacularly flashy electric instruments and customized existing guitars and mandolins for the southern California "hillbilly" music community. All Bigsby instruments were custom-built and "one-of-a-kind." As the sole Bigsby brochure put it, "Sold Only Directly To The Player." He was friendly with all the top players in the area, and exchanged ideas with both Leo Fender and Les Paul as the modern solidbody guitar was beginning to evolve.

"P.A" for the most part worked alone, hand building one piece per month in his garage. Each of his creations is handcrafted and unique and so authentic Bigsbys extremely rare. The great bulk of his output was pedal steel guitars, which he essentially invented (or at least perfected). For some years after Bigsby remained the only real source of the best professional-grade steels. The Standard guitars, mandolins and custom conversions account for only a small part of his output, which was by most accounts set at 12 instruments per year.

This amazing and historic guitar is a recent discovery, believed to be the last "Standard" or Spanish guitar P.A. Bigsby ever built. It was made in mid-late 1958 for a young local Midwest guitarist and studio operator named Larry; the pickguard is inlaid with his name. It was completed and stamped with a serial number on September 15, 1958, just about two years after the guitar previously believed to be the final "Standard" Bigsby, built in late 1956 for Louisiana entertainer Luke Charpentier.

The body has the same construction standards as most other Bigsby instruments but the shape is unusual. Instead of an upper scroll the body has a unique uneven double-cutaway form with a shallower hooked upper cutaway and very thin lower horn. This template can be seen on page 146 of the Bigsby book. An earlier Bigsby guitar completed in February 1956 used a similar body design but with slightly less extreme cutaways. It appears solid but is in fact semi hollow, with a maple top and back and walnut sides. The body and neck are bound with single layer celluloid; the top and back show a spectacular bird's eye figure.

The neck is typical Bigsby, laminated maple with a walnut center core and a rosewood fingerboard with simple shaped pearl inlay. The facing on the signature scrolled six on a side headstock bears the Bigsby name. The white plastic truss rod cover mimics the headstock shape; the tuners are the clipped Kluson Deluxes in the single-sided layout adopted wholesale by Leo Fender. The neck heel is artfully faired into body, a Bigsby trademark.

Electronics consist of a three-way pickup selector, master volume, and master tone controls. The two single coil pickups were handwound by Paul Bigsby himself and housed in milled aluminum covers. Many who have had the opportunity to try them consider Bigsby's pickups among the best ever made. The pots are marked 304-650. Some parts are hand-marked in pencil by Paul Bigsby with the future owner's name. "Larry" is neatly inlaid in black letters into the white pickguard.

The guitar is equipped with a Bigsby vibrato, by then a proven product used on all his later instruments. The neck is mounted higher off the body to accommodate this, as Bigsby built his instruments with it run more-or-less flat to the plane of the top. The strap attachment points are set up with aluminum loops for dog clips, a Bigsby trademark.

Although more or less forgotten for decades in the 'rock" era the original electric instruments hand-built by Paul Bigsby have achieved genuine holy grail status. Practically all known examples are in private or museum collections from which they will likely not be released again. Unlike the other most sought after vintage guitars, which were serially produced (even if in small numbers) each Bigsby is unique, hand made for the original owner with its own special story. The discovery of a previously unknown Standard Bigsby is a major event in the vintage guitar connoisseurs' community.

This Bigsby has been in the original owner's family since it was delivered in 1958 and has not been publicly seen until now; except when Larry gigged it in the 1960s! It rests in the original hand-made Bigsby case, with the trademark blue plush lining. The guitar remains strung with period Bigsby flatwound strings, the only ones Larry would use. Four canceled checks from him to P.A. Bigsby for small amounts are in the case pocket, dating to 1960-61 and likely for additional strings. According to his family this guitar was Larry's pride and joy and he played it for much of his life, both publicly and at home.

The finish is a very thin natural lacquer, overall intact but somewhat roughly buffed down on the top and back over the decades from Larry polishing his prized guitar. The lacquer holds the original patina on the sides and neck, but the top and back surfaces are rougher and more uneven than they were originally. There is general play wear overall, but nothing extreme. The original celluloid body binding was shrinking and splitting so it has been carefully replaced with the exact correct material; the original binding is still bagged up in the case.

Everything else on the instrument is as Larry left it; the action on the treble side is a bit higher than our standard; it is quite playable but can easily be adjusted with a substitute Bigsby saddle and/or wooden bridge base if desired. The frets are original with some surprisingly light wear; the flatwound strings probably helped here. We have elected to leave this guitar as found, but it can be set up to a new owner's preference easily enough without sacrificing any of its historic integrity. Instruments like this emerge from obscurity only very rarely; "Larry" is a unique discovery and we are honored to present it to the world. Overall Very Good + Condition.
×