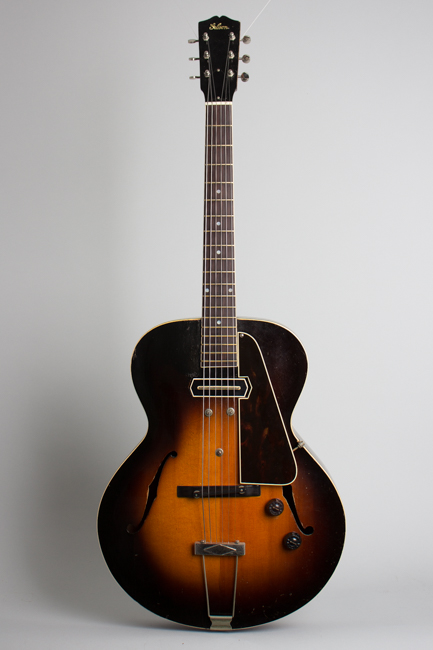 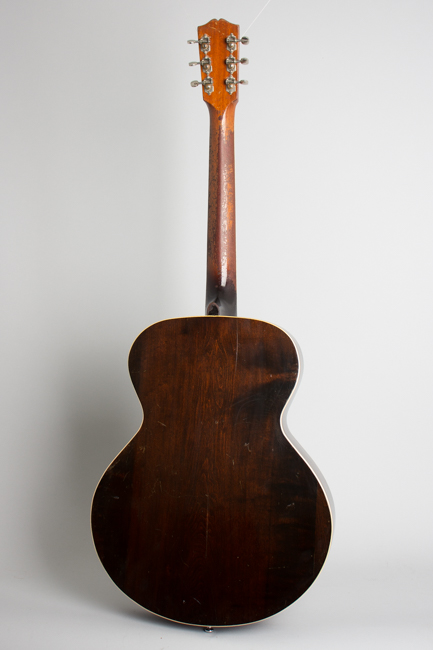 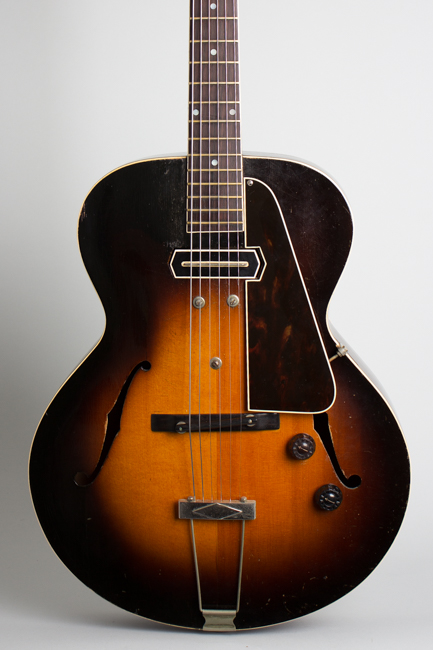 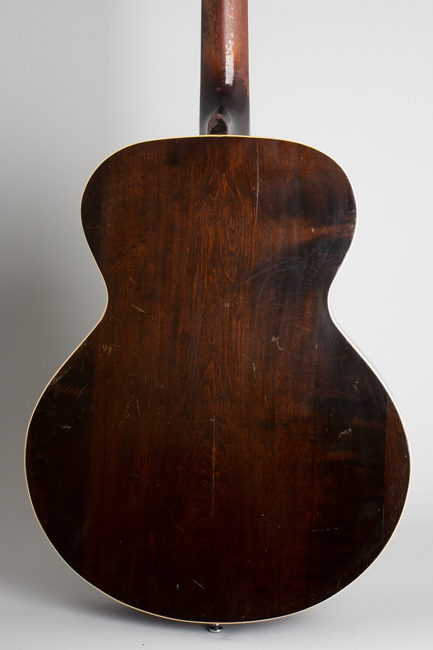 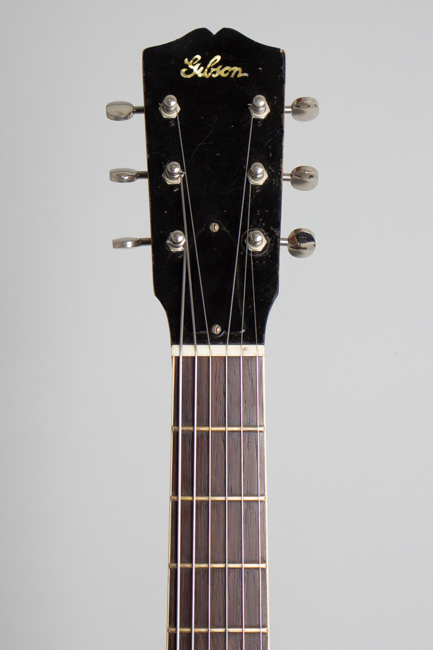 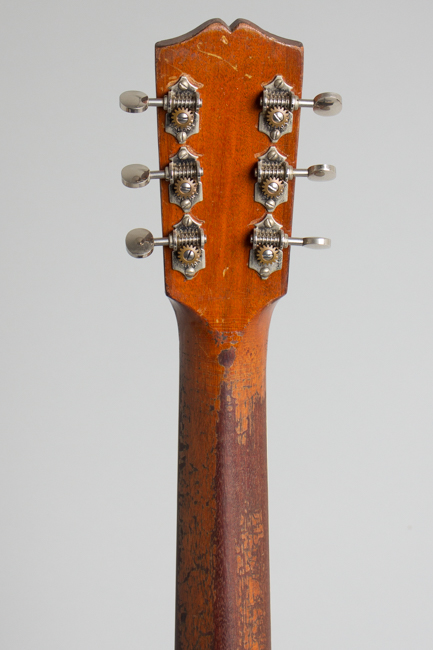 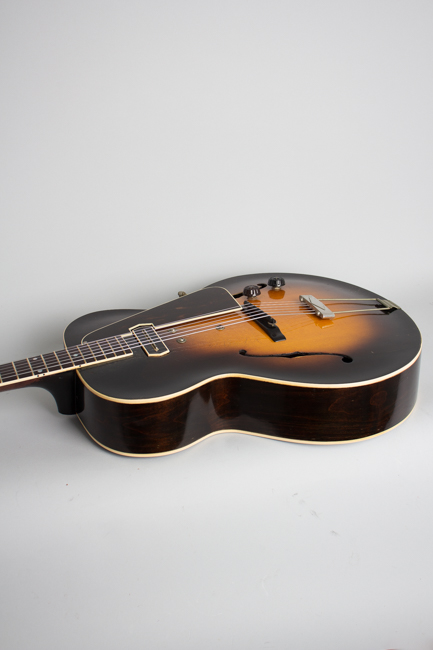 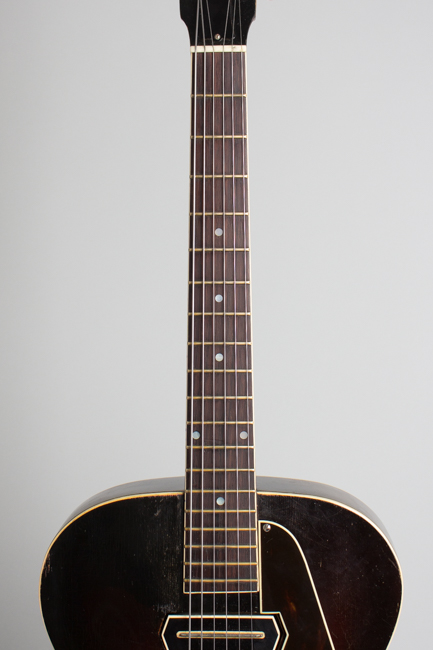 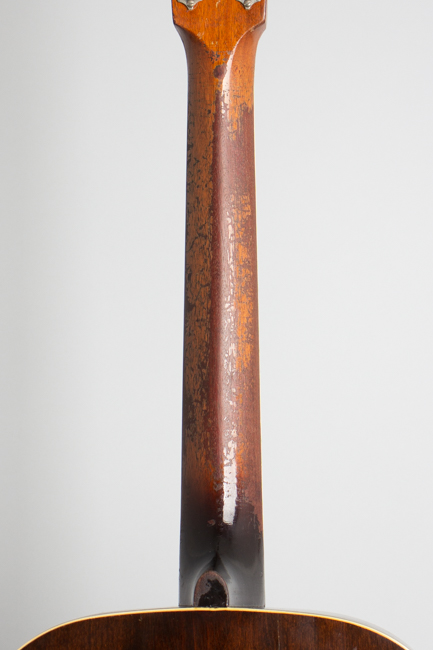 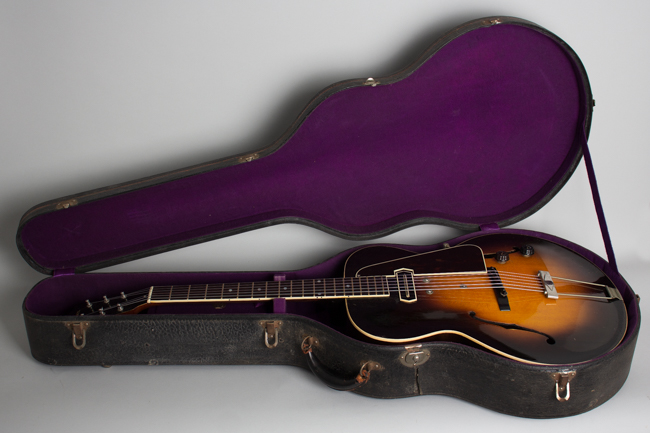 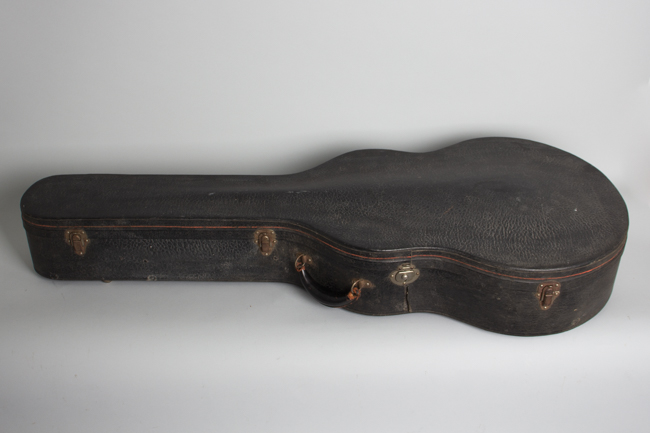 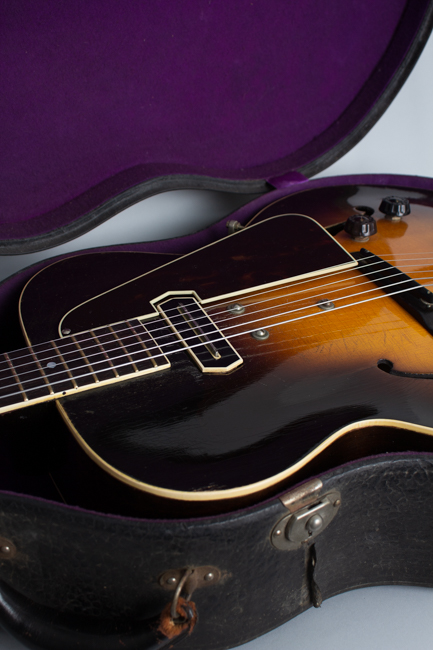 The early Gibson ES-150 is quite simply one of the most important electric guitars of all time, and beyond that a fine player's instrument even 85 years on. Associated practically from the beginning with Charlie Christian, this model was the first truly commercially successful electric Spanish guitar and the progenitor of the entire Gibson Spanish electric line. While many early electric guitars from the 1930s have a rather mongrel look, the 150 has a beautifully understated elegance that undoubtedly helped it gain acceptance on the formal bandstands of the time.

This ES-150 is an early model from 1937, the first year it was officially cataloged for sale though a few may have been shipped in late 1936. The spruce top is carved, while the maple back is flat. The guitar mounts the first "Spanish" version of the famous bar magnet pickup featuring a single-bound top edge and a straight un-notched blade under all the strings. The dark sunburst top, fingerboard, tortoise celluloid pickguard and plain back are single-bound in white celluloid. A small pearl script Gibson logo adorns the headstock. The "radio" style tone and volume knobs are color coded black and white, though it is hard to notice this very subtle difference!

The most amazing thing about this guitar is how modern it still feels, despite its deco-era origins. The neck has a fairly sharp "V" profile that was common in the 1930s, but the rest of the design hardly feels dated at all. The jack is cleverly hidden in the tailpiece, something that was not popular at the time reportedly because it prevented easily resting the guitar upright on the bandstand! The pickup is not the quietest ever offered but has a sound sought after and imitated right down now well into the 21st century. This ES-150 has had some wear and repair in the past but remains a great example of this rare and perennially sought-after instrument.

This guitar shows signs of use but remains in excellent playing condition. There is less finish wear overall than many of this model; there are dings and scrapes overall but most notable is that the lacquer is heavily checked and worn through on much of the back of the neck. There is some pick wear on the top near the fingerboard, almost ubiquitous on this model. The top also has some typical checking and scrapes on the edges of the F-holes.

The rest of the guitar is comparatively clean. The back has several repaired cracks, very common on the arch-top but flat-backed solid wood model. The back shows scuffs, dings and dents and some light touch-up on the repairs. The top center seam may has been tightly resealed below the tailpiece, and there is a very neatly sealed grain splits coming off the each end of the F-hole, one running to the back edge of the guitar and the other running forward about 2" from the front tip of the soundhole. These are very neatly closed up with an old discreet overspray and not conspicuous at all.

All hardware appears original except the tortoise celluloid pickguard is an excellent repro, as are the tuners. The all-important pickup and attendant wiring remain original including the period 2-color knobs (one brown, one black) with delicate arrows engraved in the tops. There is a large strap button added below the tailpiece/jack fitting.

The guitar has been refretted with wire somewhat larger than period spec, but not out of character for the instrument. Many modern players will prefer this set up to the narrow pre-war style wire. The nut is newer as well. Overall this is a great player's example with the expected fantastic sound, housed in a beautiful original 1935-6 style red-line Gibson case. Very Good + Condition.
×