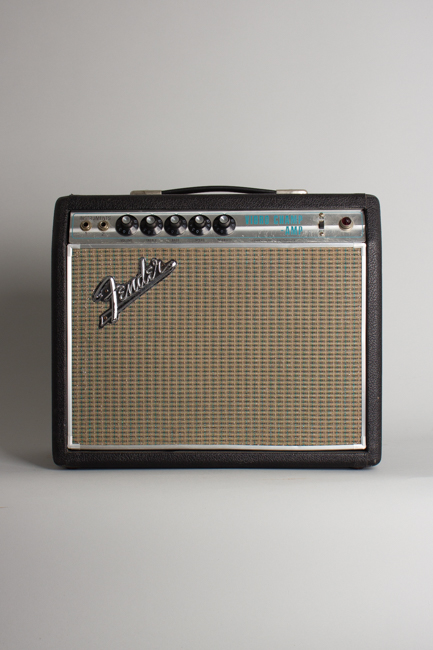 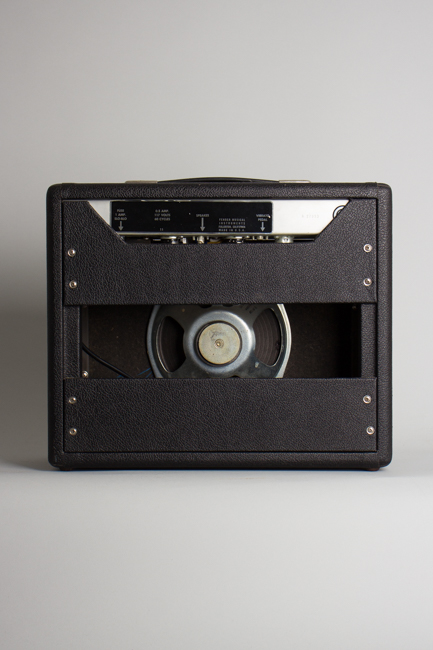 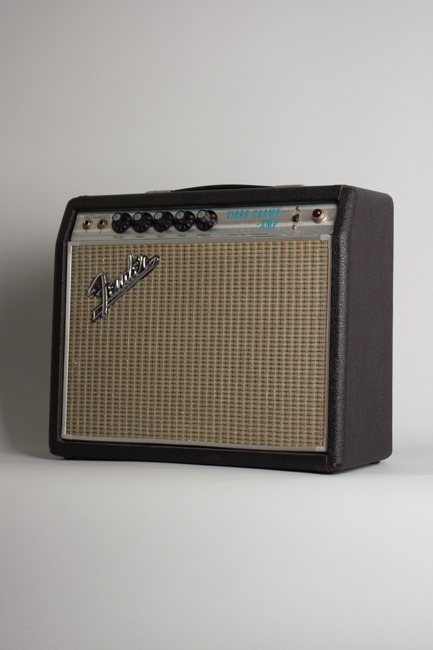 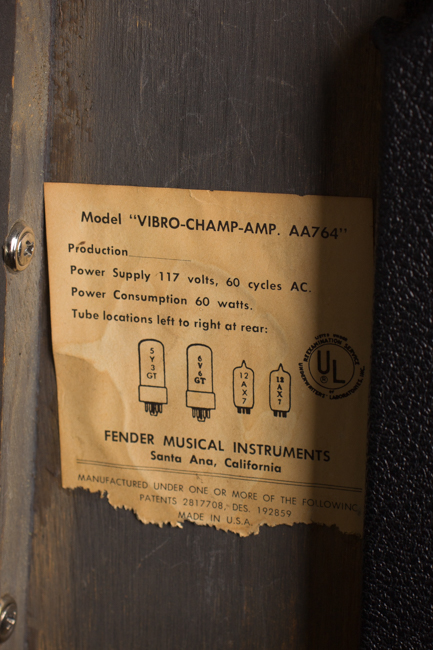 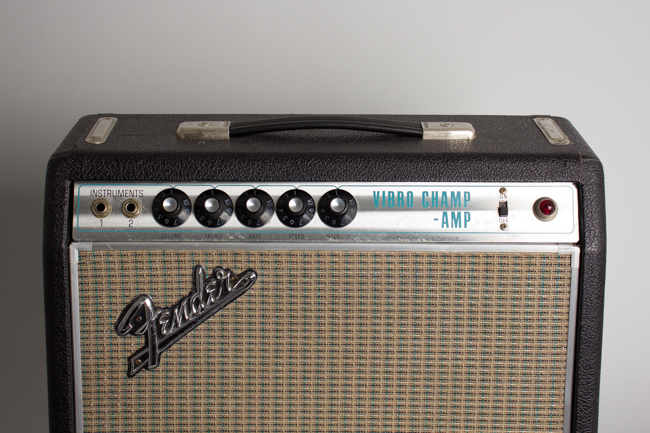 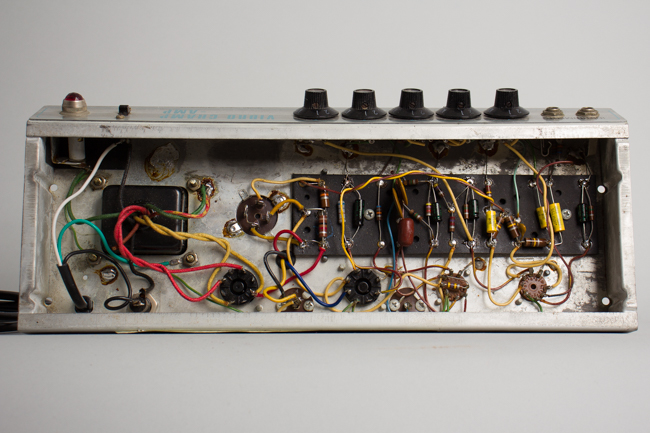 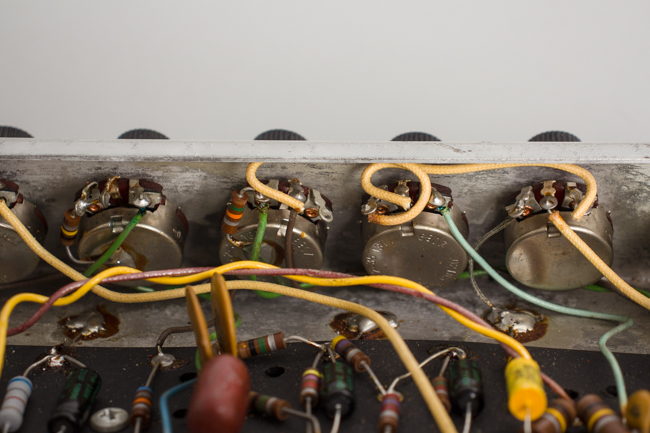 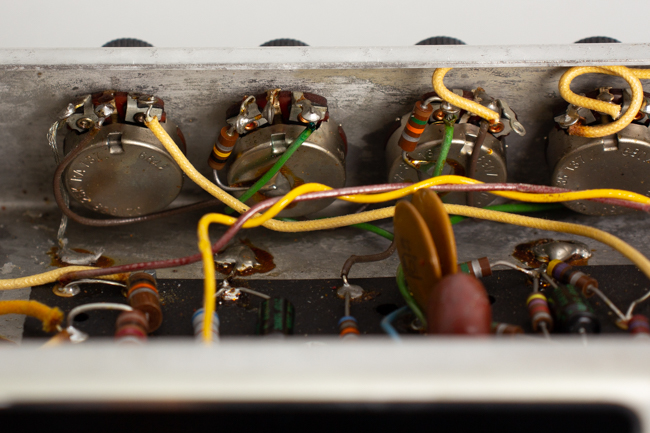 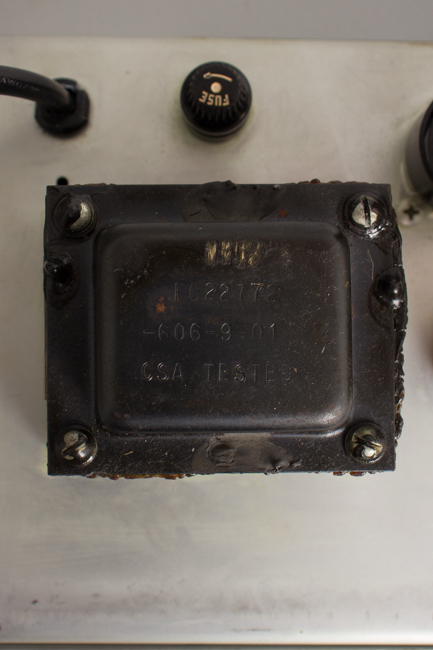 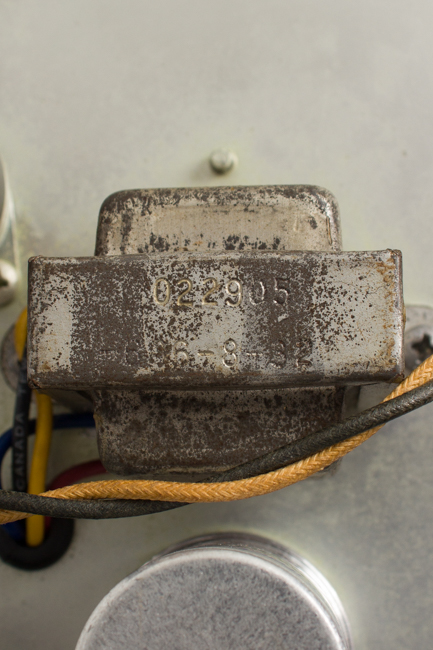 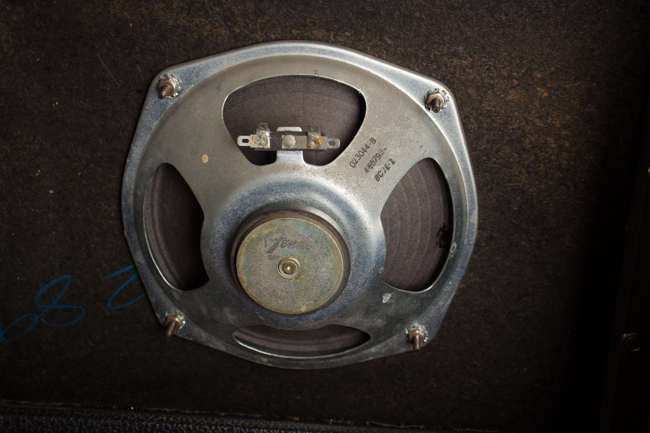 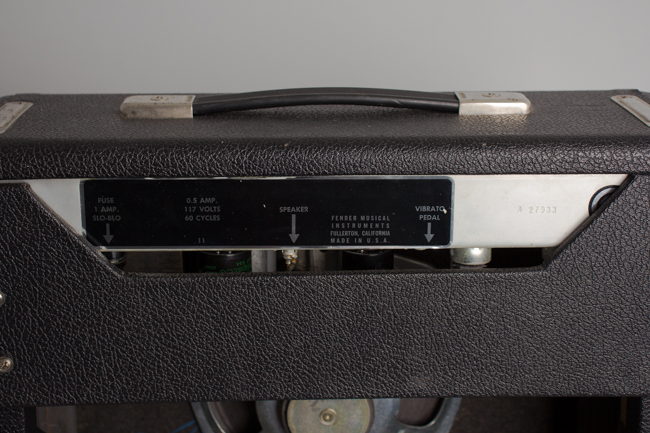 The Fender Vibro-Champ was the first major evolution of the nearly decade-old running predecessor; the 5F1 Champ. Once perfected the circuit on those remained the same from 1955 straight thru into 1964, even retaining the 50s tweed covering well into the 1960s. The new Front-panel incarnation was revealed along with the dramatic cosmetic changes to the entire Fender line of the mid-1960's, following the 1960-63 "Brown era".

After a brief run of transitional 5F1 models in the old box but covered in black Tolex, the new "black panel" series brought forth a new Champ and Vibro-Champ, sharing the updated exterior appearance and the bass and treble tone stack of the rest of the line-up. In 1968, the new "silverface" Vibro-Champs were released in tandem with the rest of the line-ups refreshed aesthetics. They retained the same circuit as the preceding "black panels", but speaker compliments varied throughout the coming CBS-era years. The silver Vibro-Champ listed for $94.50 in the '69 catalog and offered excellent value with two instrument inputs, volume, treble and bass controls, and speed and intensity knobs for the tremolo effect. A single 6V6 Class-A power section driving a single 8" Fender-branded speaker yields around 5-6 watts of power, keeping with Champ tradition.

This little "drip edge" Silverface beauty is nicely original and relatively clean overall. The black Tolex is intact with little-to-no scuffing or wear. The chassis straps and handle mounts are shiny clean and the faceplate is in excellent condition save for a couple very minor scratches. The grille cloth is taut and free of any tears and the amp retains the original handle and knobs.

In 1968 and onward, tube charts no longer carried coded date stamps, but the framed "drip edge" grille is only seen in 1968 or early '69. The speaker is a later Fender-branded ceramic Oxford marked 465-7934 (though the last digit is very faint), likely dating it to the 34th week of 1979. The power and output transformers, however, are both original and are marked 606-901 and 606-8-32 dating them to the first week of 1969 and the 32nd week of 1968, respectively. All visible pot codes date between 1968 and 1969. The amp has been professionally serviced, including our standard replacement of all electrolytic capacitors, removal of "death" cap and a three-prong power cord installed, as well as cleaning of all sockets, pots and jacks and power section biased to spec.

Other than this maintenance required to keep it running for the next century the amp remains fully original and a stellar-sounding example of an early CBS-era Vibro-Champ with a strong output and a nice growly sound when cranked! Excellent + Condition.
×