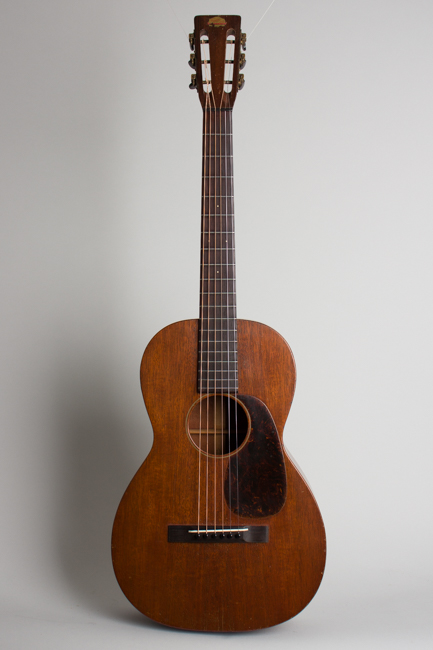 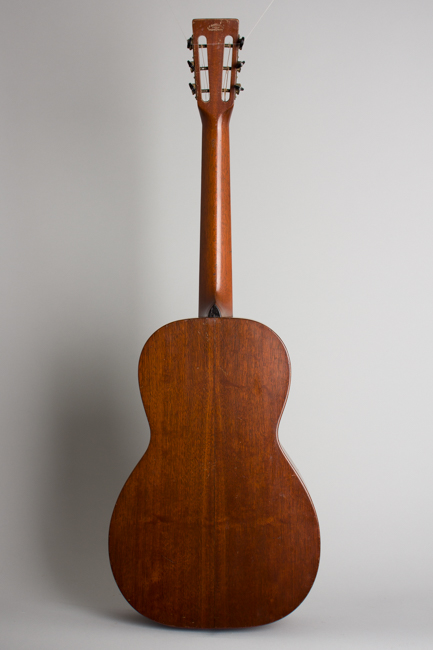 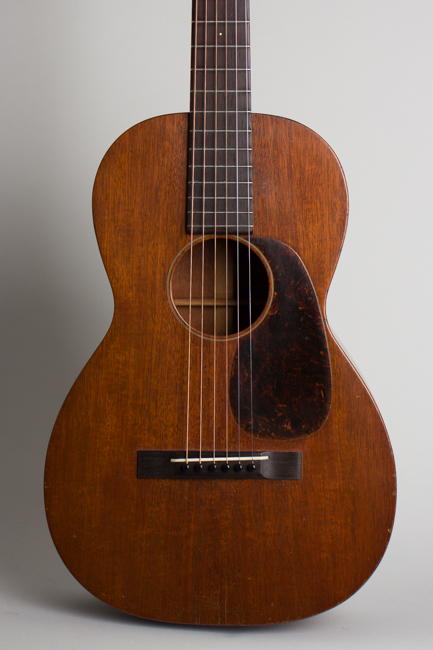 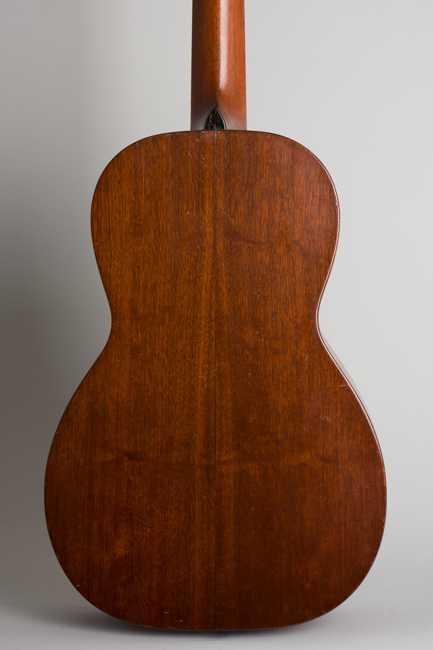 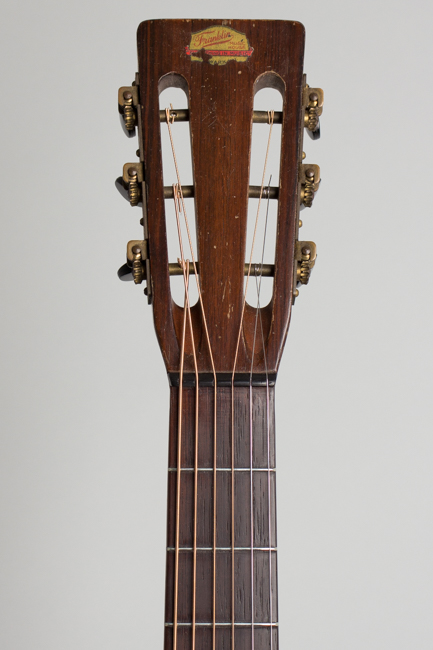 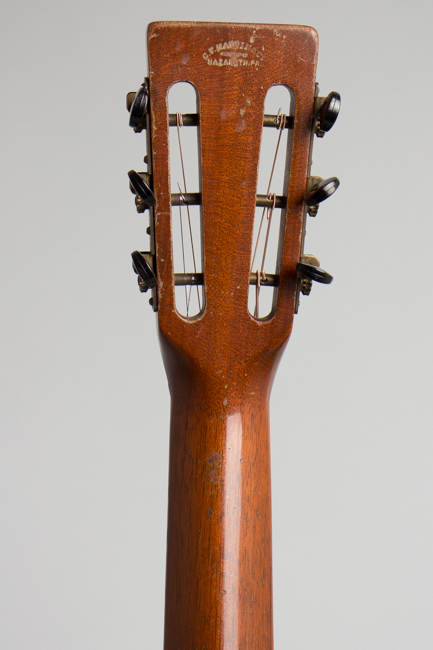 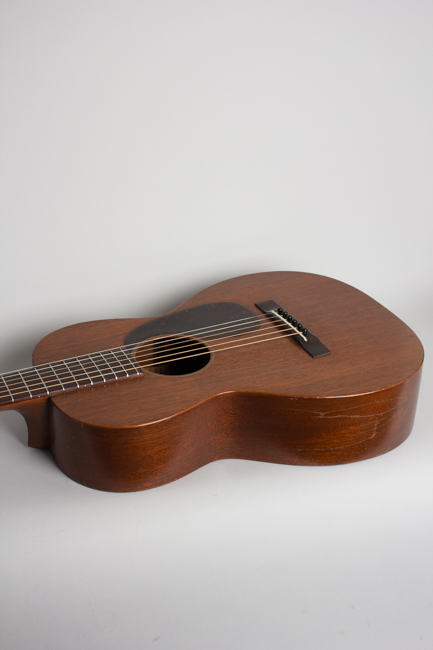 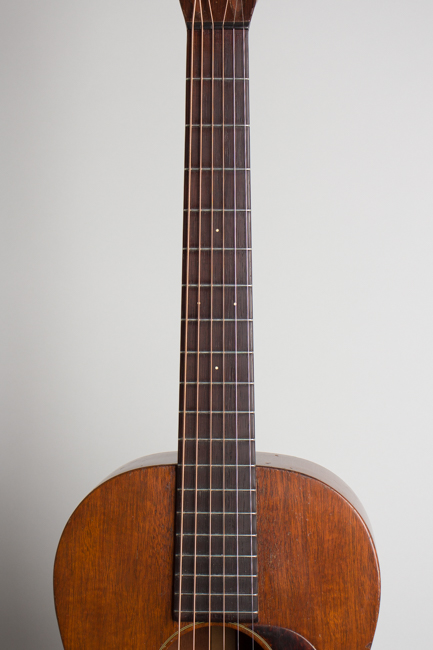 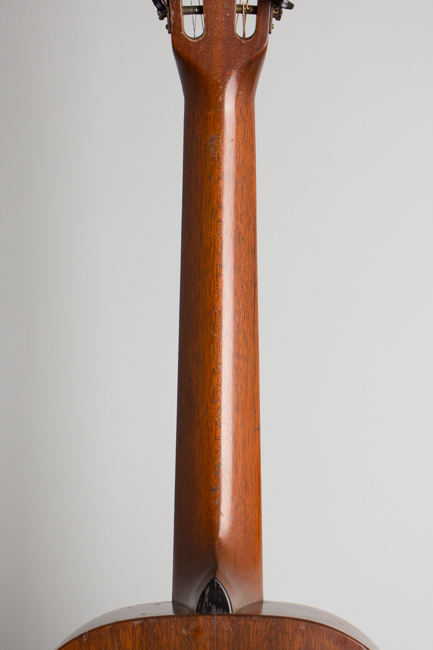 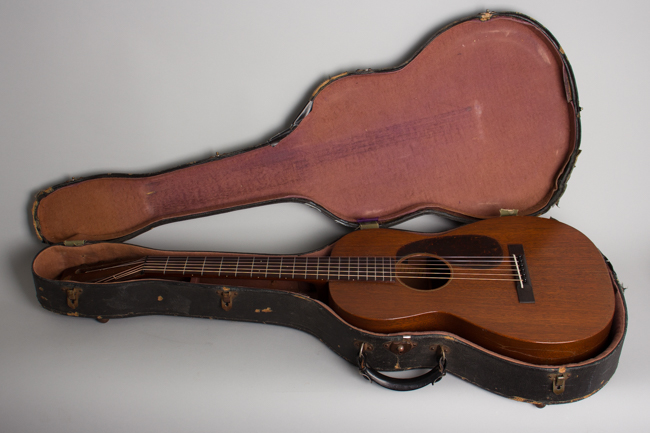 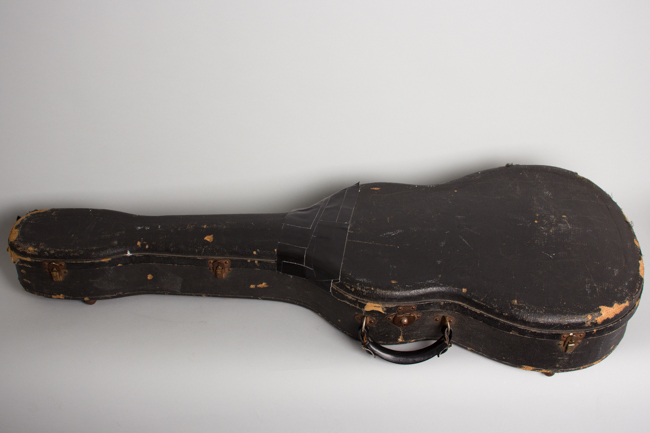 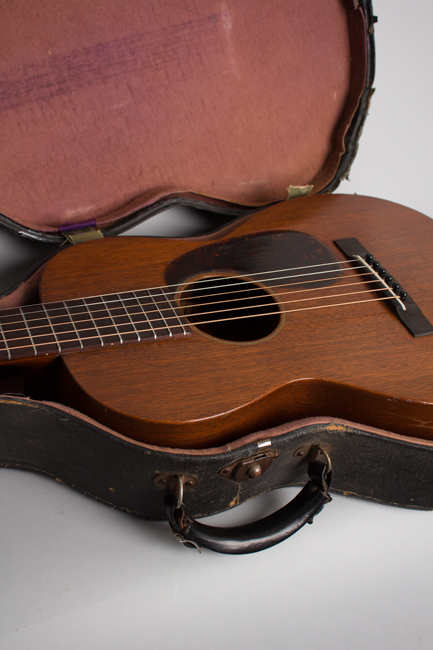 The 1-17 is a small and unassuming looking guitar, but this particular model helped Martin survive the worst years of the depression when the company was in real danger of going under. Sold at $25 (without a case) the 1-17 was the most affordable instrument the company could make and still turn any profit at all. It was as basic a guitar Martin ever made with a small (just sub-0-sized) body using all mahogany construction and only the most minimal appointments. This model was the slightly larger sister of the venerable 2-17, the budget guitar that first got Martin into large-scale production of steel string instruments in the early 1920s.

At the end of 1929 all-mahogany Martins were made more basic still by eliminating even the discreet rosewood bindings on the edges, which saved a decent amount of labor. The all-mahogany 12-fret, 12 1/4" wide 1-17 was a new model introduced in 1931 designed to be sold for that rock-bottom $25, which if a paltry sum for a Martin was actually still fairly expensive at that time. You could get a pearl-trimmed rosewood instrument from Sears for not too much more! The understated appointments included unplated brass strip tuners with black plastic buttons, a plain straight bridge and small-dot inlaid fingerboard of rosewood. The build quality was never compromised even on these most inexpensive Martins, they remain as well and neatly made as any of the company's instruments.

This particular 1-17 was made in early-mid 1932, around the worst months of the US economic collapse when many instrument makers were scrambling to survive. It was the right guitar for the time but one of the shortest-lived Martin models ever, sold only in 1931 (525 shipped) and '32 (600 shipped this year) with a handful of stragglers cleared out in 1934. The slightly larger 0-17 was re-designed as a 14-fret guitar by early 1934, and that modernized model assumed the position of Martin's lowest-grade budget 6-string.

This 1-17 shows some typical wear and tear but remains a fine playing and sounding instrument with a sparkly tone and a surprising power and depth for its diminutive body. It still makes a wonderful and super handy "couch guitar" but is a fully professional instrument, a fine recording and/or gigging instrument by any standard.

Overall this is a solid example of this rare small body, all mahogany Martin. It remains in original condition, showing not too much play wear and no alterations except a really cool original music store sticker on the front of the headstock. The finish shows dings, dents and scrapes overall but is free of the typical pickwear or belt buckle wear often encountered on older Martins.

There is one fairly large repaired area on the side on the lower bass bout where some sort of impact happened, leaving multiple sealed cracks. This repair is all solidly done with no added finish but that makes it quite visible, and the seams can be felt. The top has one tight discreet grain crack between the top corner of the bridge and the soundhole area, again neatly sealed with no added finish. The neck has been reset, solidly but not the absolute neatest job and the lower tip of the heel separated and reglued without notable touch-up.

Other than these repairs this is a well preserved depression era Martin, bottom of the line but still an excellent playing and sounding guitar. It resides in its original semi-hard case (which would have added some expense when new) that is well-worn but still just about functional. Very Good + Condition.
×