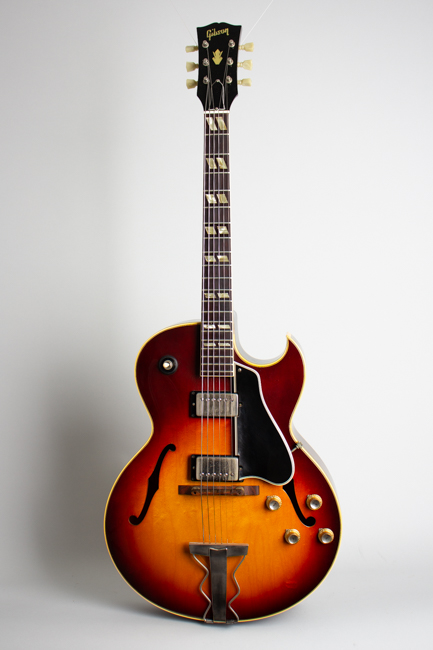 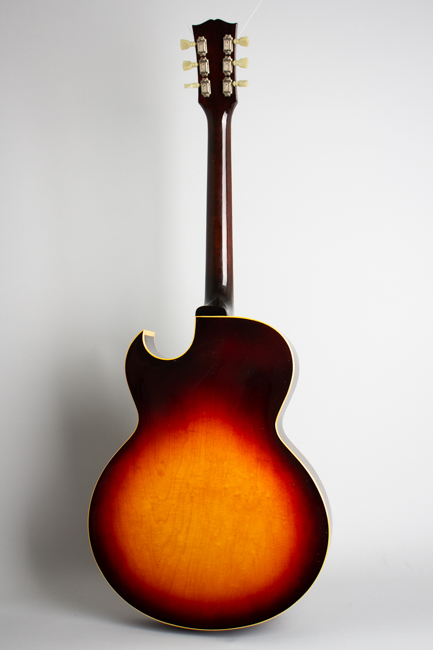 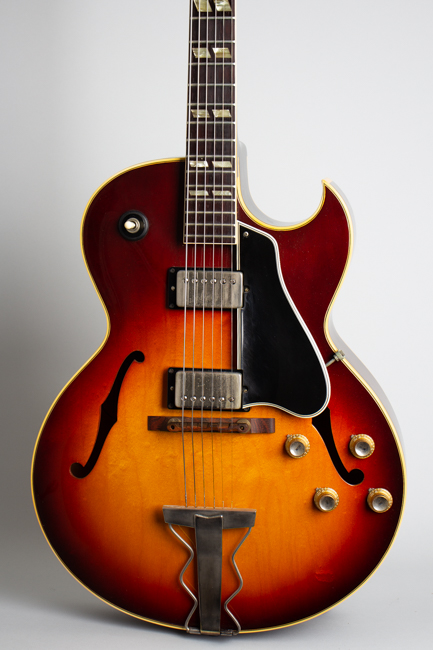 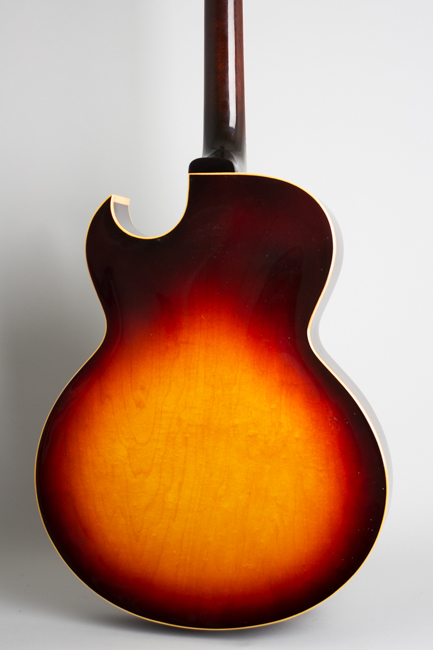 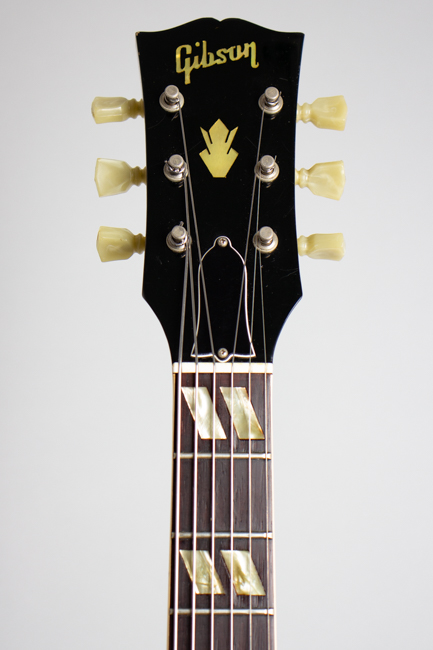 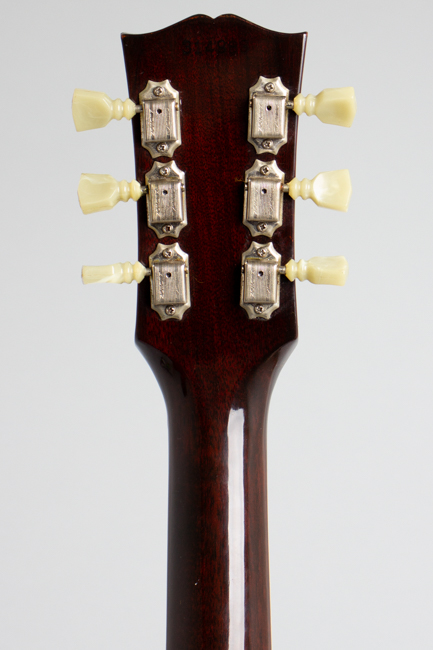 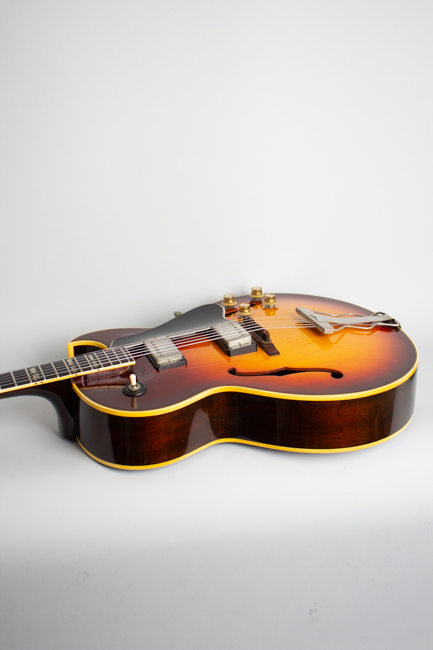 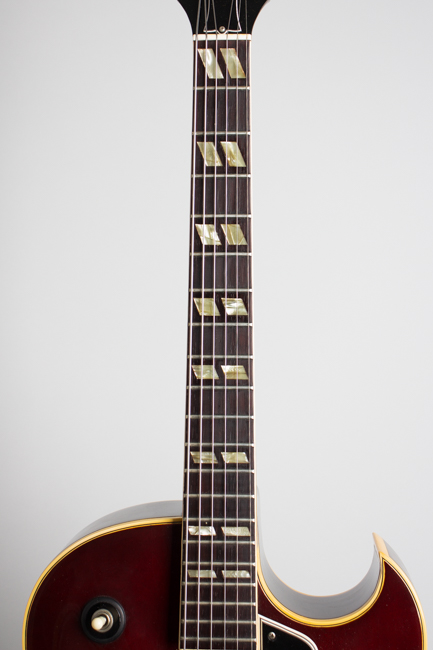 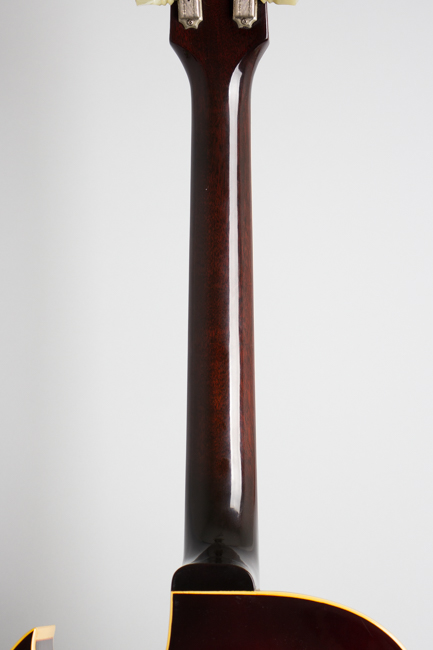 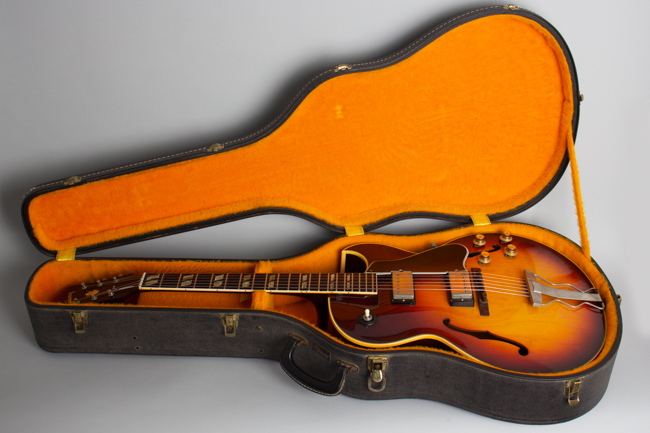 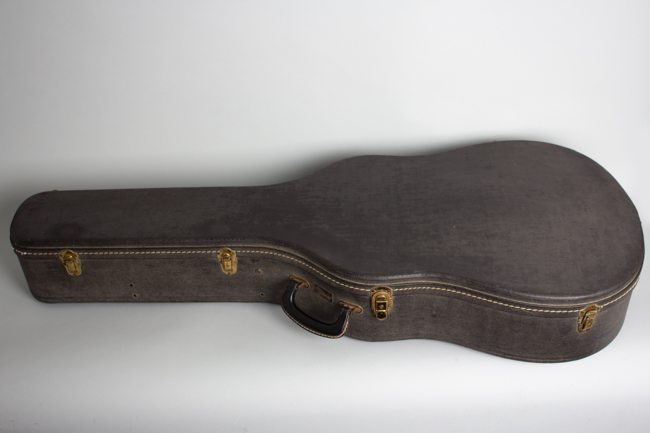 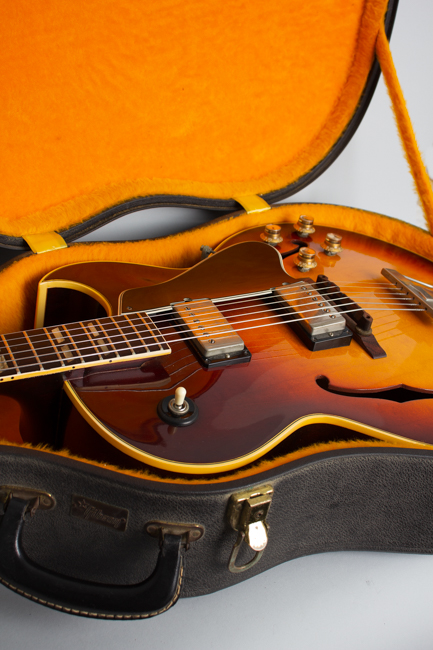 This is a really superb and apparently not much played 1965 ES-175D, Gibson's perennial "working man's" electric archtop. While often pigeon-holed as a Jazz instrument, the two-pickup ES-175D is actually quite a versatile guitar that can handle a wide range of musical styles (just ask Steve Howe!)

With one of Gibson's best combinations of easy handling, great sound and value, at least one version of the ES-175 has been consistently in production since its launch in 1949. The double pickup "D" model was added in the early 1950's and eventually became the preferred variant sales-wise despite a higher price tag. While the ES-175D is considered one of the classic Gibson electrics vintage examples are not as common as one might expect. Only 505 sunburst "D's" were shipped out 1965, the model's highest production year to date. This was not a huge quantity compared to many solidbody Gibsons of the time, and a paltry total compared to most Fender instruments.

This two-pickup beauty has transitional features specific to 1965-6. Gibson narrowed their nut width to 1 5/8" on nearly all models at this time reduced from the traditional 1 11/16". The neck on this one has that newly narrowed nut but remains a bit chunkier overall than some. The hardware on this guitar is still nickel plated; this would be changed to chrome soon after. Except for the narrower nut this guitar is little changed from the late 1950's.

With a two Patent-number humbucking pickup and early '60's style metal-capped gold knobs this 175 has the classic period sound, offering both the jazzy purr of the neck pickup and the brighter twang of the bridge. Many jazz greats including Herb Ellis, Jim Hall, Kenney Burrell, Pat Metheny and more have made it a mainstay but sophisticated rock players including Steve Howe of Yes and Richard Thompson (in the earliest Fairport Convention days) have made good use of it as well.

This guitar is in VERY clean, beautifully preserved condition overall looking not much played since 1965 and extremely well cared for over the past 56 years. The original finish is exceptionally clean overall with hardly any checking, the lovely shaded sunburst still shining like it did when LBJ was in the White house. There are a few VERY minor dings but really no notable finish wear. The nickel plating does show some typical wear, particularly on the pickup covers and to a lesser extent on the tailpiece, where it is rubbed off the hinge pivot.

There are no alterations to the instrument, not even a strap button at the heel, and all hardware are intact and complete. The original large frets have had some minor wear in the lower positions but the guitar plays very well, complete in the original case also very well preserved. This is an exceptional find in a mid-60s ES-175D, still waiting for serious play time and ready for anything from straight bop to screaming psychedelia, just like it was in 1965! Excellent + Condition.
×