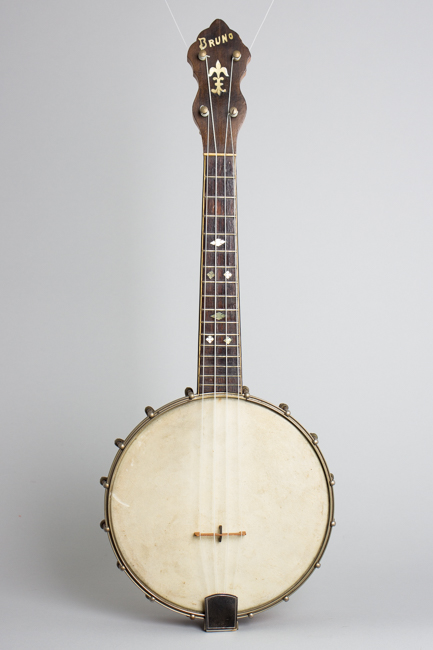 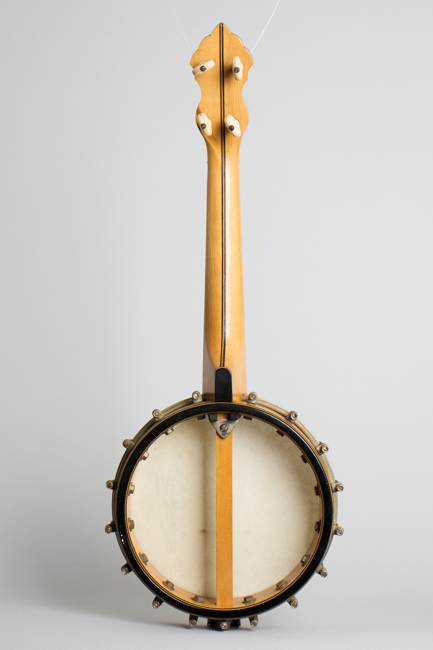 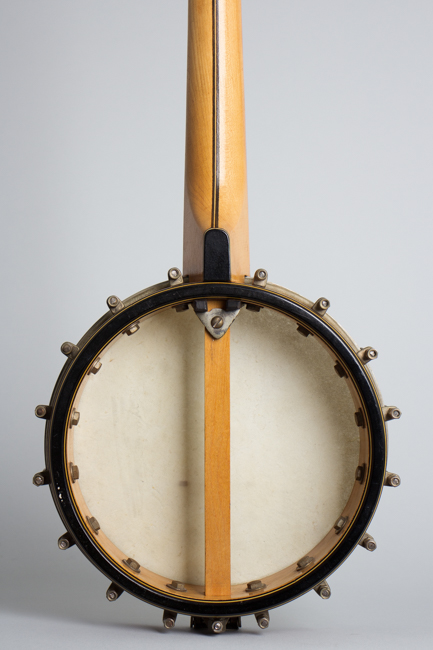 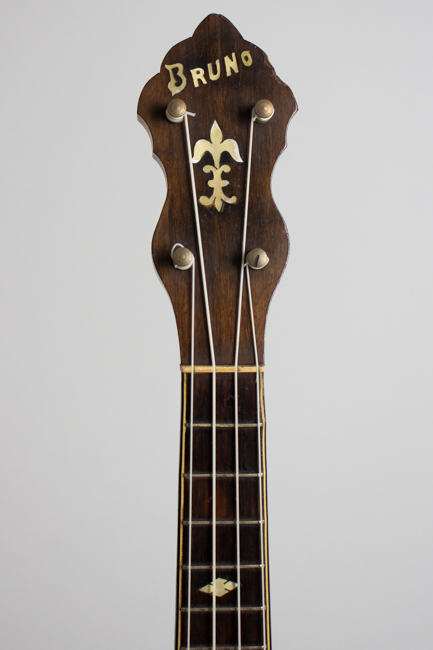 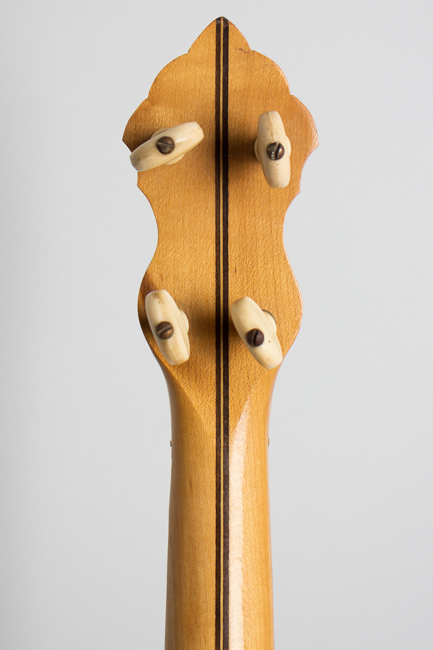 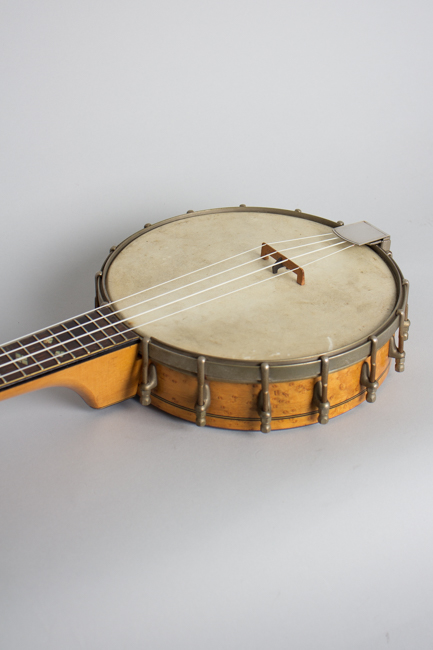 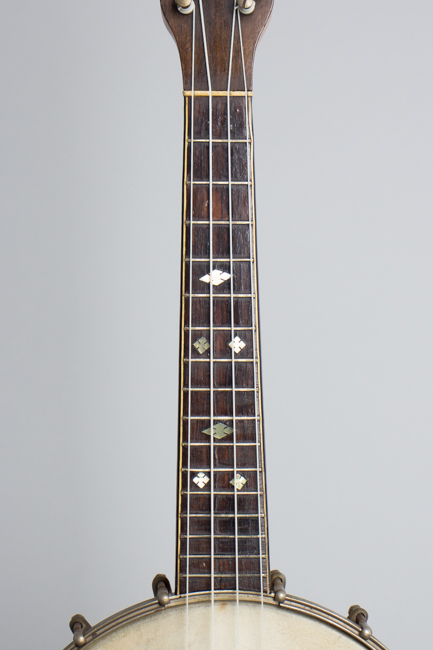 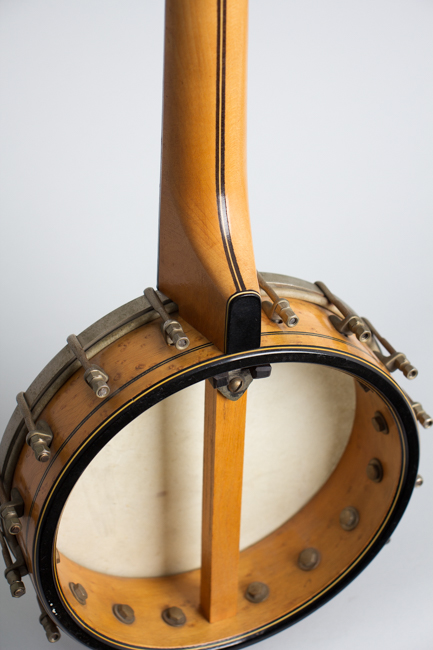 Just Arrived!
This item has been sold.
Item # 10632
Prices subject to change without notice.
Bruno No. 22 Model Banjo Ukulele, most likely made by Wm. Lange, c. 1925, New York City.

This nifty little open back banjo ukulele appears in Bruno's 1922 and 1924 catalogs at the price of $20-$22, which was fairly expensive at the time for such an instrument. Like many of C. Bruno & Son's banjo offerings it appears to have been made in the William Lange factory on East 24th street, alongside the high-end Orpheum and Paramount banjos. While showing signs of having been made quickly (the inlay work looks a bit slapdash) overall this is a fairly high quality instrument. The fad for ukuleles were really heating up at the time, and this was one of Bruno's nicer offerings.

The rim and neck are fairly stout, made of laminated maple neatly bound and capped. There is some snazzy pearl on the fingerboard and headstock. The hardware is a good grade as well with a heavy hoop, Grover Presto tailpiece with a hinged cover and Celluloid button friction tuners. This appears to be a later example with fancier fingerboard inlay than is shown in the original illustration, pretty typical as the catalog illustrations rarely changed even when the instruments did! This is a very good playing and sounding banjo uke, quite loud as many are but with a sweeter less strident tone than some. A neat piece of playable New York history, and a cool relic of the just-starting-to-roar 1920s.

This is a nicely original instrument, set up with an ancient but very solid skin head and Nylgut strings. Even the bridge appears period. The finish has some wear (mostly on the fingerboard) and the hardware some light tarnish but really this is a pretty well preserved instrument for nearly 100 years old. It plays and sounds great and really offers that 1920s Razz-ma-tazz in spades! Included a modern gig bag. Overall Excellent Condition.
×