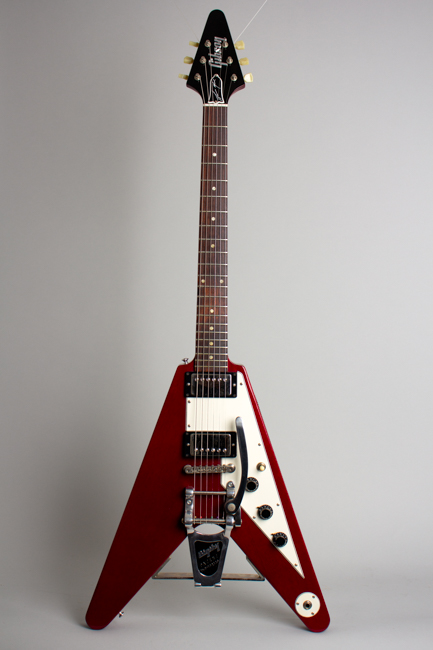 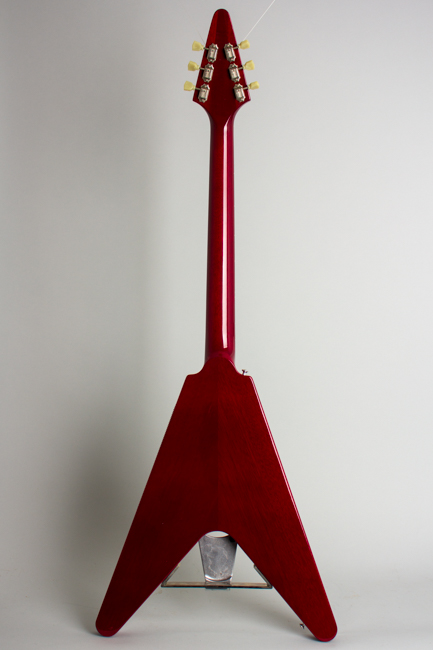 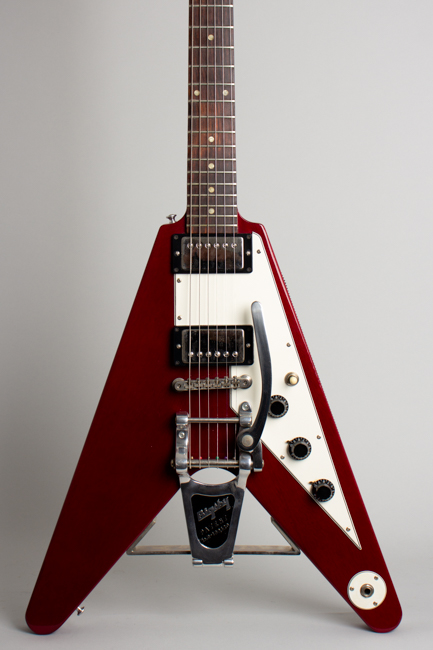 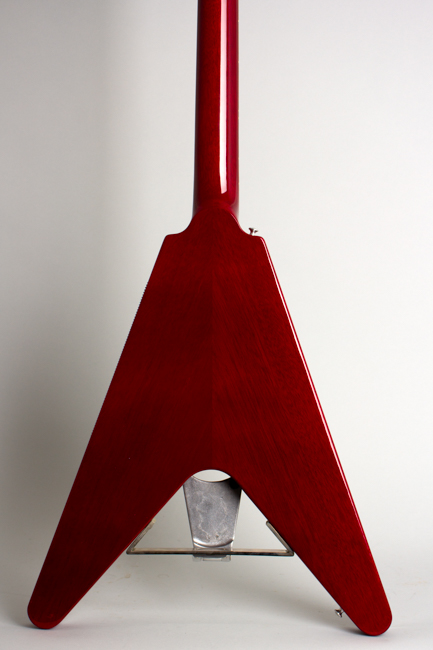 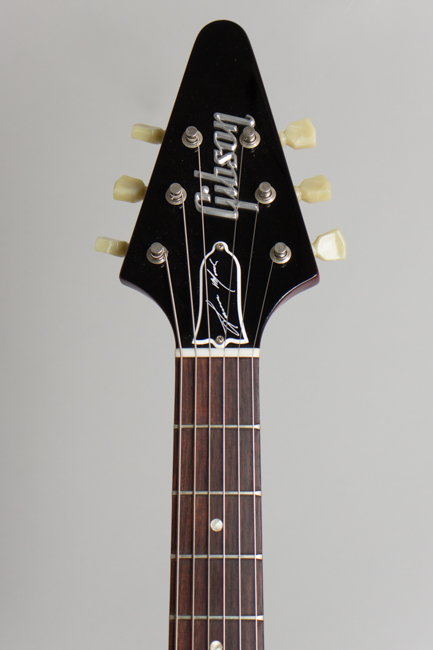 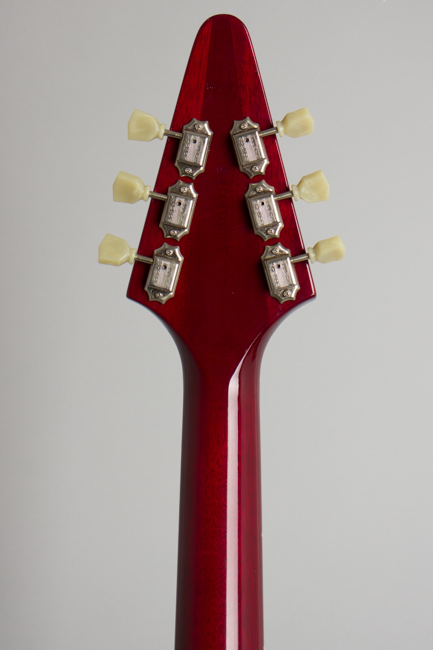 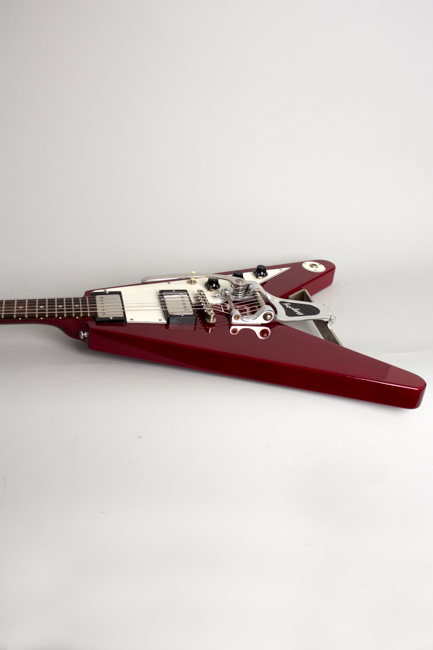 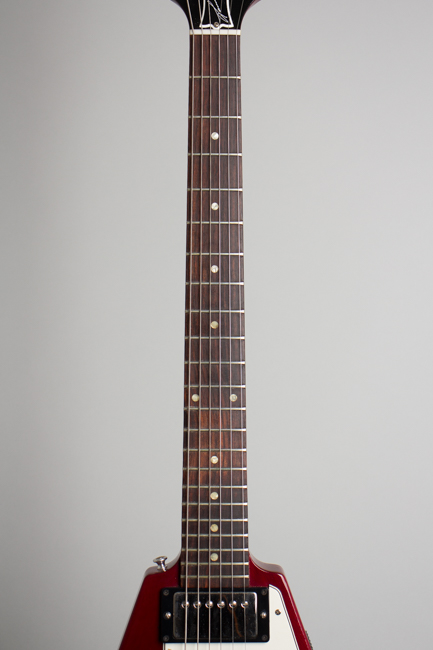 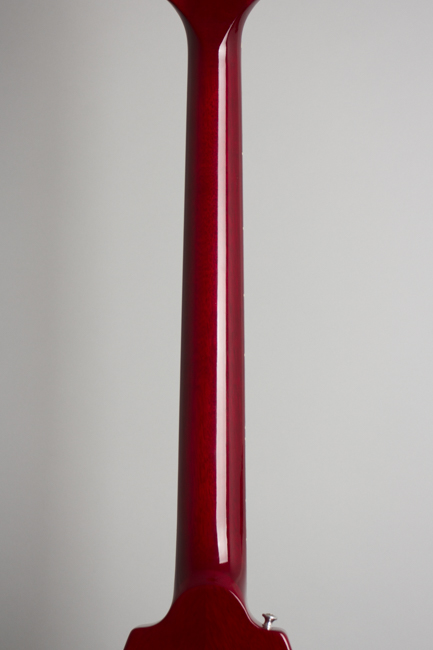 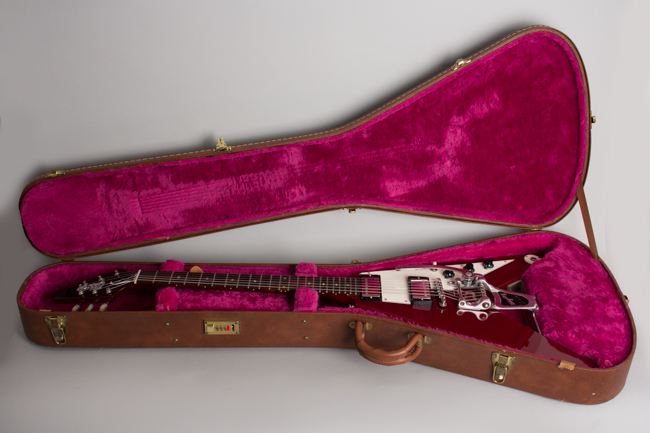 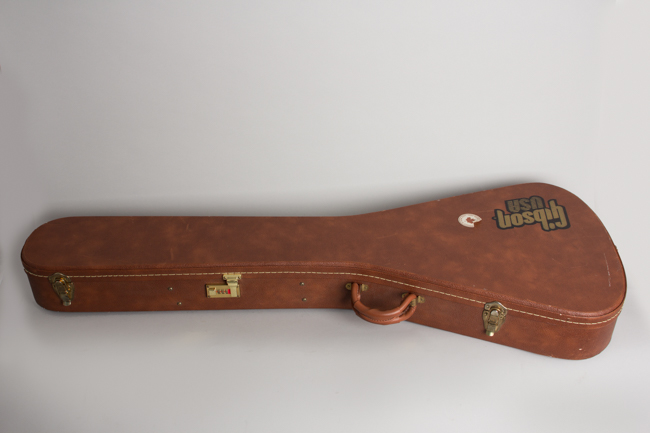 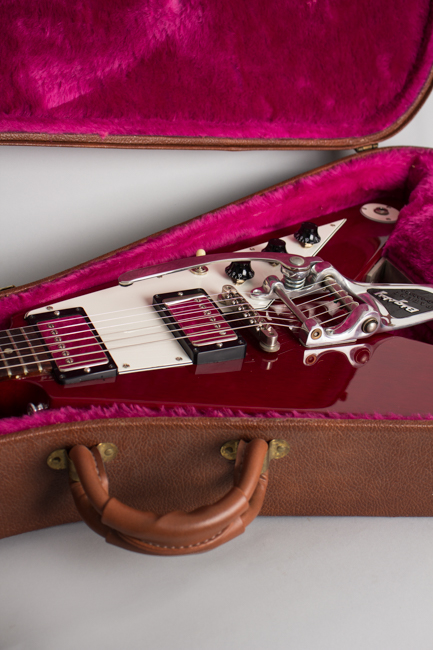 This very nicely done replica of Lonnie Mack's personal modified 1950s Flying V was a limited edition Gibson project. They made less than 200 of this model in late 1993 into 1994, when this example was built. It follows the pattern of Mack's original guitar with a cherry finish (Lonnie had his redone from natural in the mid-1960s) but a mahogany body instead of the original korina. It also replicates Mack's unique modification: a steel brace securing the base of the Bigsby whammy bar unit built across the legs of the V. Thus equipped this guitar has the "Wham of that Memphis man" built into it.

When these were planned, Gibson meticulously measured Lonnie's original V and manufactured this Signature instrument to the exact specs, including the fairly beefy '58-style neck. Lonnie Mack's signature appears on the truss rod cover. When this model was introduced, Lonnie himself claimed that they were "dead on" and used his personal one extensively on stage in place of his original Flying V. This is a lovely example and a great guitar ready to make that Magnatone vibrato amp sing -- simply add your own Gris Gris bag.

This 25 year old guitar appears only lightly played; it remains clean overall, showing some fairly minor signs of use. The finish has some minor scuffs and dings, with one deeper dink on the back near the lower "wingtip". The nickel plating has started to wear just a bit on the pickup covers and bridge, as it would on an old one! There are residue marks on the jackplate probably from the protective plastic overlay being left on too long. Overall this is a really nice example of one of Gibson's cooler '90s reissue ideas, a very unique version of this classic machine. The large brown OHSC is also in very good shape, with some external wear. Excellent + Condition.
×