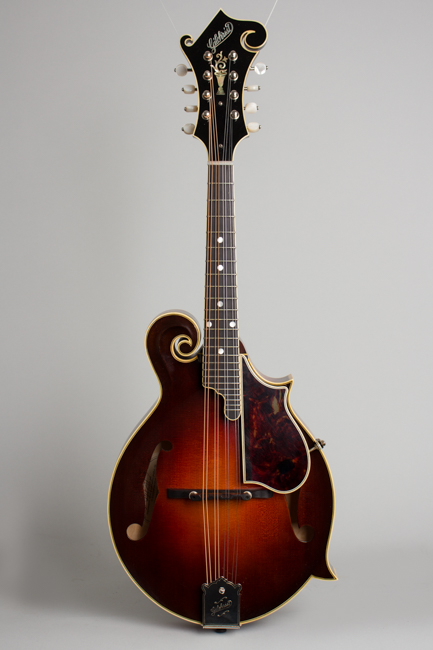 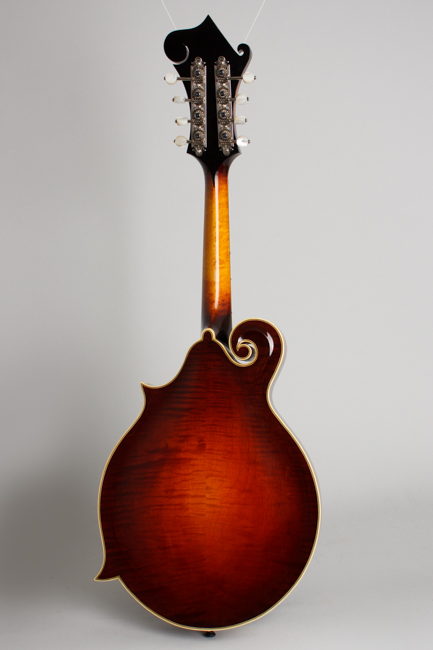 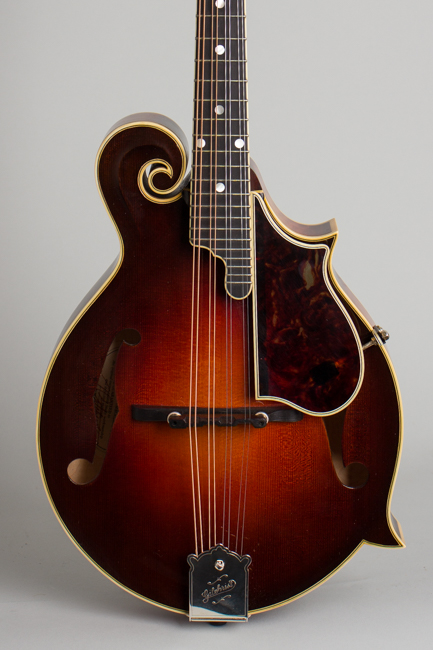 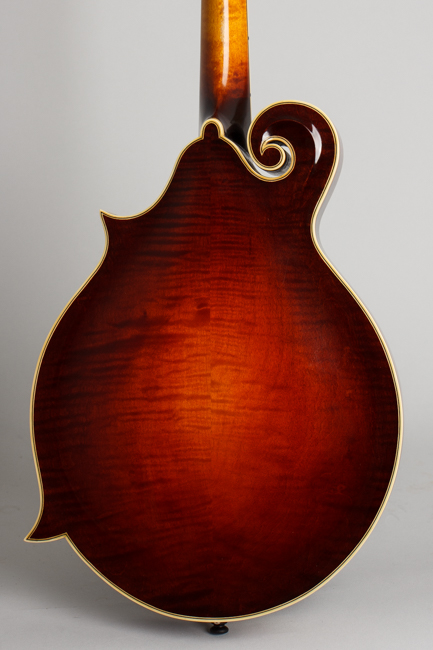 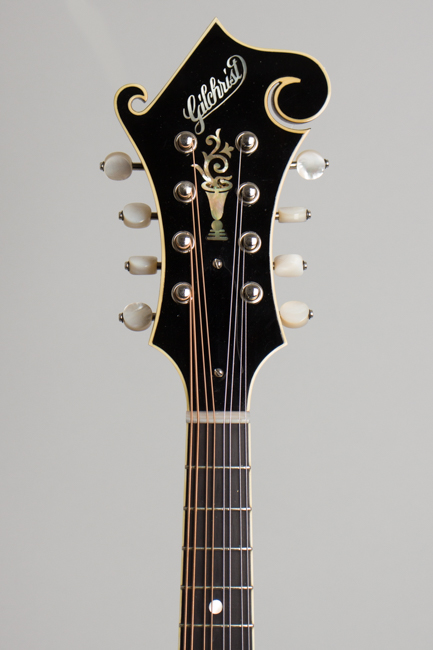 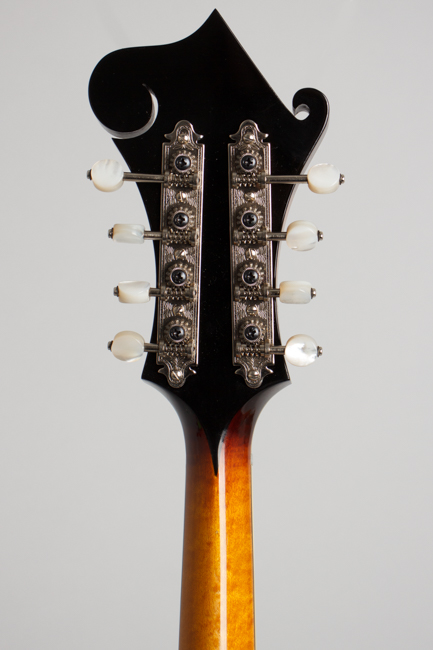 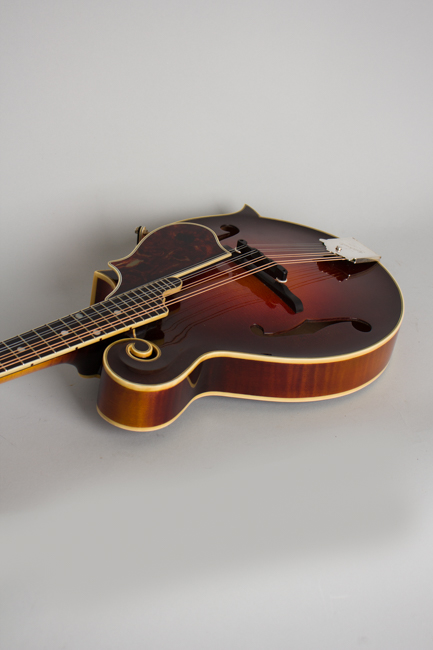 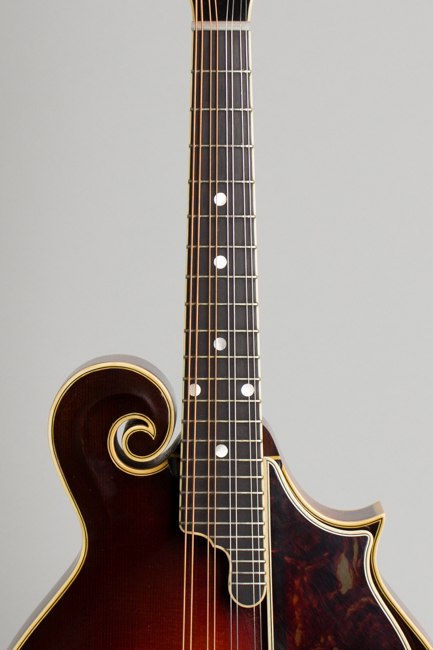 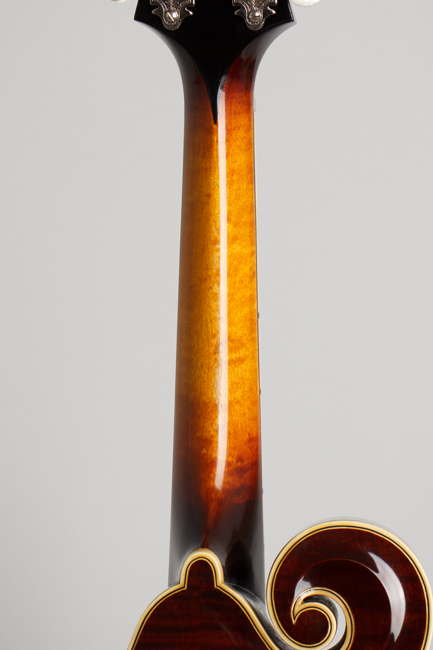 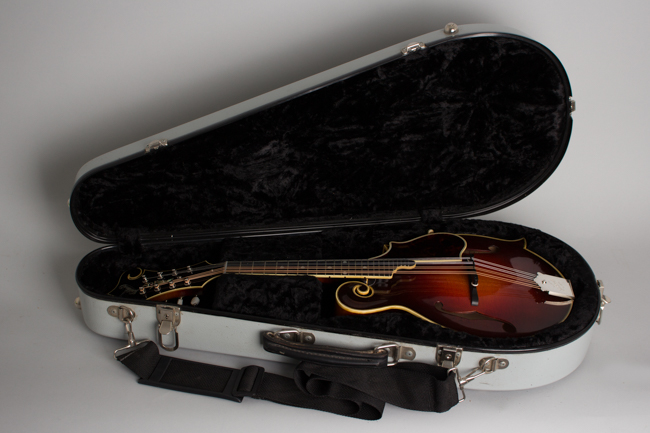 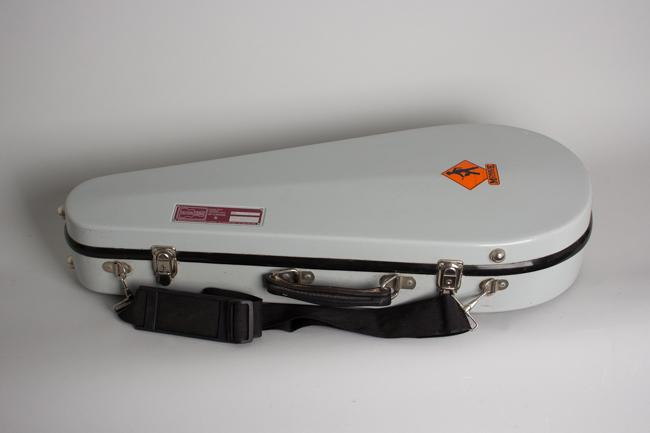 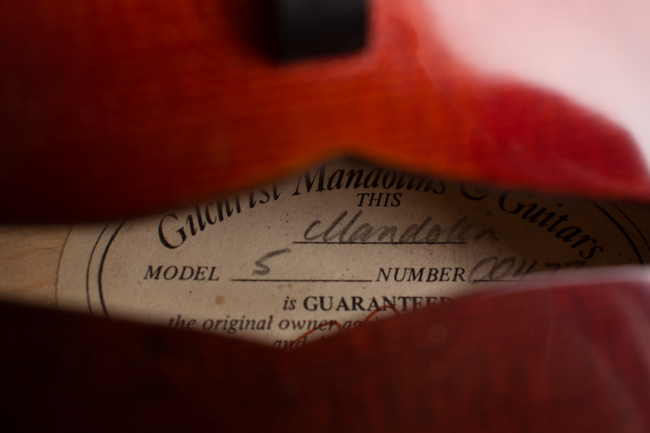 Steven Gilchrist is widely considered the finest builder of traditionally-styled mandolins in the world today, and his instruments are sought after by the most discerning players. He hand builds them in small batches in rural Australia, eschewing most modern production techniques in favor of the traditional methods. Over the past few decades Gilchrist has secured a reputation second to none, and there is a considerable waiting list for a newly made instrument from him.

This mandolin is an interesting example of his Model 5, a subtly refined copy of the original Gibson Lloyd Loar era F-5 which is the template for all Bluegrass mandolins. Many players have said Gilchrist's mandolins are the best that they've ever played, even compared to the vintage Gibsons that inspired them. Based on this one we would have to agree; this just 22 year old Gilchrist is simply as fine as a "modern" mandolin gets.

It bears serial number 00477 and belongs to a batch started in January 2000 (is there Y2K nostalgia yet?) and finished in May that year. The next one in the number sequence of this batch is noted as being built for Ricky Skaggs. The primary distinguishing visual feature of this instrument is a more red-tinged sunburst, called "mahogany" in Gilchrist's notes instead of the more typical Loar-style Cremona Brown Sunburst. The back and sides are carved from gloriously flamed European maple, the top is fine-grained Engelman spruce. Internally there is a major difference from vintage Gibson spec, an X-braced top instead of the traditional twin parallel braces. Another evolved feature is the slightly radiused fingerboard, never used on vintage Gibsons.

Appointments include nickel plated hardware including an engraved tailpiece reminiscent of Gibson's pre-War style but uniquely refined by Gilchrist. A lovely feature inherited from the 1920's F-5's is the pearl nut, and mother of pearl buttons on the Waverly tuners. The elegant scrolled headstock maintains a timeless grace, with the traditional Style 5 flowerpot inlay under Gilchrist's logo. The elevated pickguard is made of triple bound Celluloid; even the securing clamp is the 1920s Celluloid design.

The design and craftsmanship on this mandolin are truly exemplary, but the real delight is in the sound. The dynamic range is greater than most similar instruments regardless of age. It has a full, rich tone with the high-end power sought in an F-5 without ever edging into shrill, even on the highest notes. It also has excellent note separation -- strong fundamentals, clear trebles and powerful mids across all the strings and along the length of the fingerboard. This is a truly exceptional modern mandolin exquisitely built in the tradition of pre-war instruments but with musical response and tonal excellence as the overriding considerations.

This beautiful mandolin shows some minor play wear but no visible repairs or modifications, remaining as it was completed 20 years ago. The finish has only some very light wear with a few tiny scuffs and dings and a bit of wear down to the wood along the spine of the neck. The mandolin has been played in but extremely well cared for; it shows some fret wear mostly along the second string course that does not affect play but can be polished out if desired. It plays and sounds exactly like what it is; one of the finest 8-string instruments in the world regardless of age or pedigree. It happily resides in an older Calton case, very road worthy and ready to seek out new musical adventures. Overall Excellent + Condition.
×