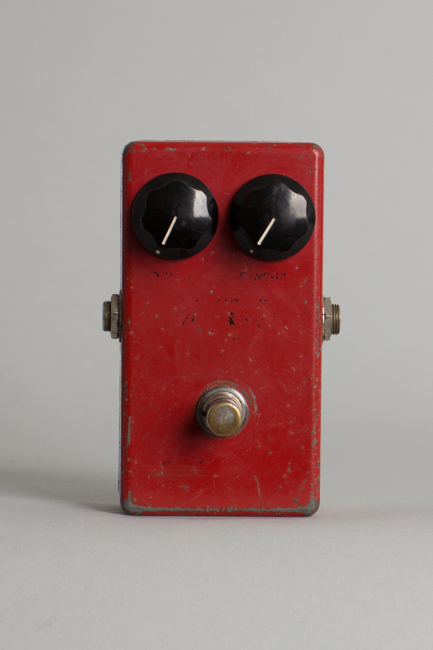 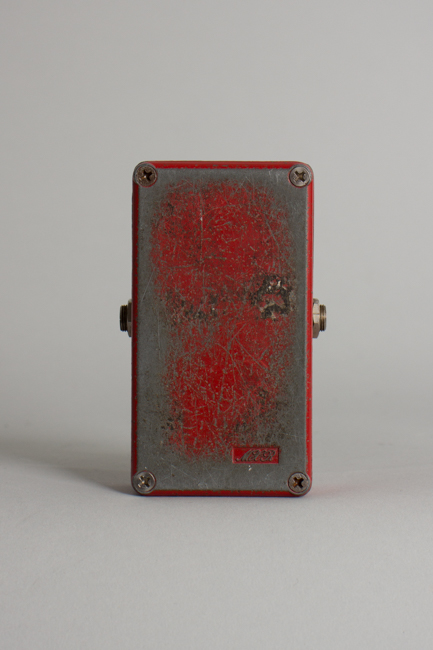 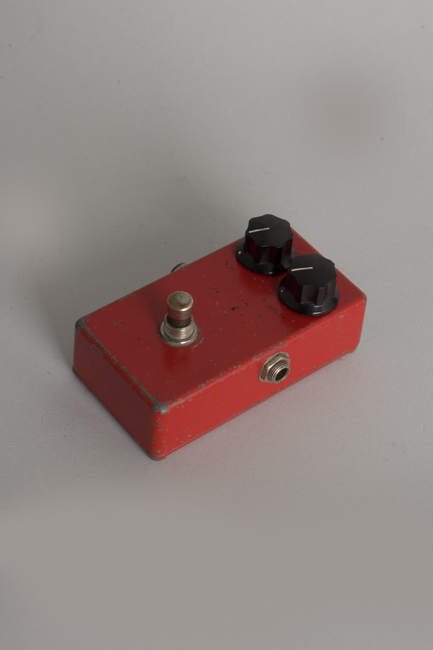 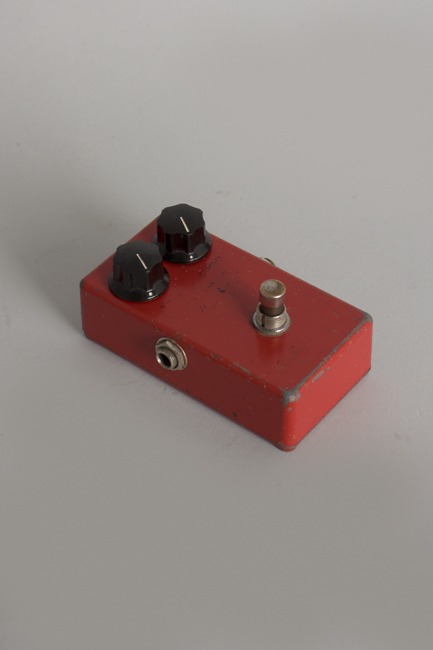 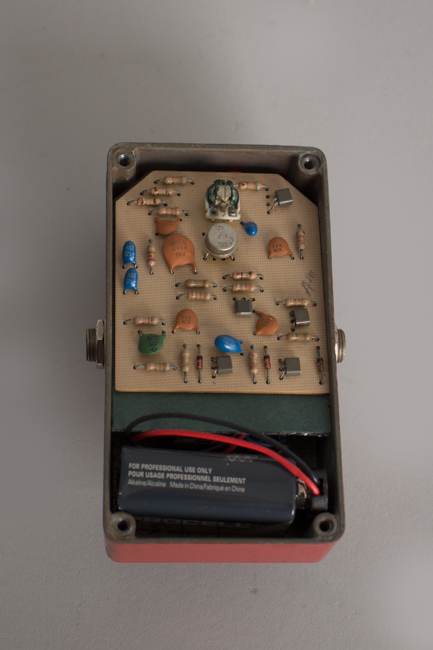 Just Arrived!
$350.00 + shipping
Buy Now
Item # 10729
Prices subject to change without notice.
MXR Dyna Comp "Script" Model Compressor Effect, c. 1977, made in United States, serial # 003582, Red finish. It's been through a lot, but you can take that as the sign of a job well done: Here we have the coveted MXR "Script" Compressor. Pot dated in the 23rd week of 1977, this pedal swoops in before the end of the Script era and the transition to the block font that would carry this coveted comp from the late 70's to the 80's and beyond. This later Script also features not the "Bud Box" but the MXR Innovations 101-2004 1 enclosure. Centered around the CA3080 chip, the Script Dyna Comps are heralded for their warm, clear tonal capabilities, especially popular in use with blues and country artists also due to its silky-smooth attack characteristics. Considered by many to be a classic "always on pedal," it doesn't totally matter that these earlier editions lacked an LED.

The condition report becomes pretty apparent at a glance; it's been stepped on more than a few times, but it's the real deal if you're seeking classic country compression. Obviously, its previous owner sought and found it here! It's missing its original box, and inside is fairly clean without any deteriorated foam, though the plastic plate on the trim pot has broken.

The only alterations to be found are two replacement screws and one popular functional modification, which is the addition of a longer more contemporary battery snap spliced and heat shrink wrapped. This common modification was performed by many gigging musicians who kept the snap dangled outside the screwed up enclosure; they were tired of having to open the pedal to change the battery regularly, and some liked to remove the battery with ease with every use so they could leave the pedal plugged in on their board. Overall, an excellent pick for a player who intends to play. Good Condition.
×